When The Country Went To War, These Starlets Did Their Part To Support The Effort!

There were so many ways that every government involved in World War II asked every citizen to help with the war effort. Ordinary folks were growing victory gardens, reusing any clothing they possibly could, and accepting the shortages all around with grace. While you wouldn’t expect the stars in Hollywood to be planting gardens, they did help the war effort through fund-raising and promotion. In these Office of War Administration promo images, we can see some of the most glamorous Hollywood starlets doing their bit to help! 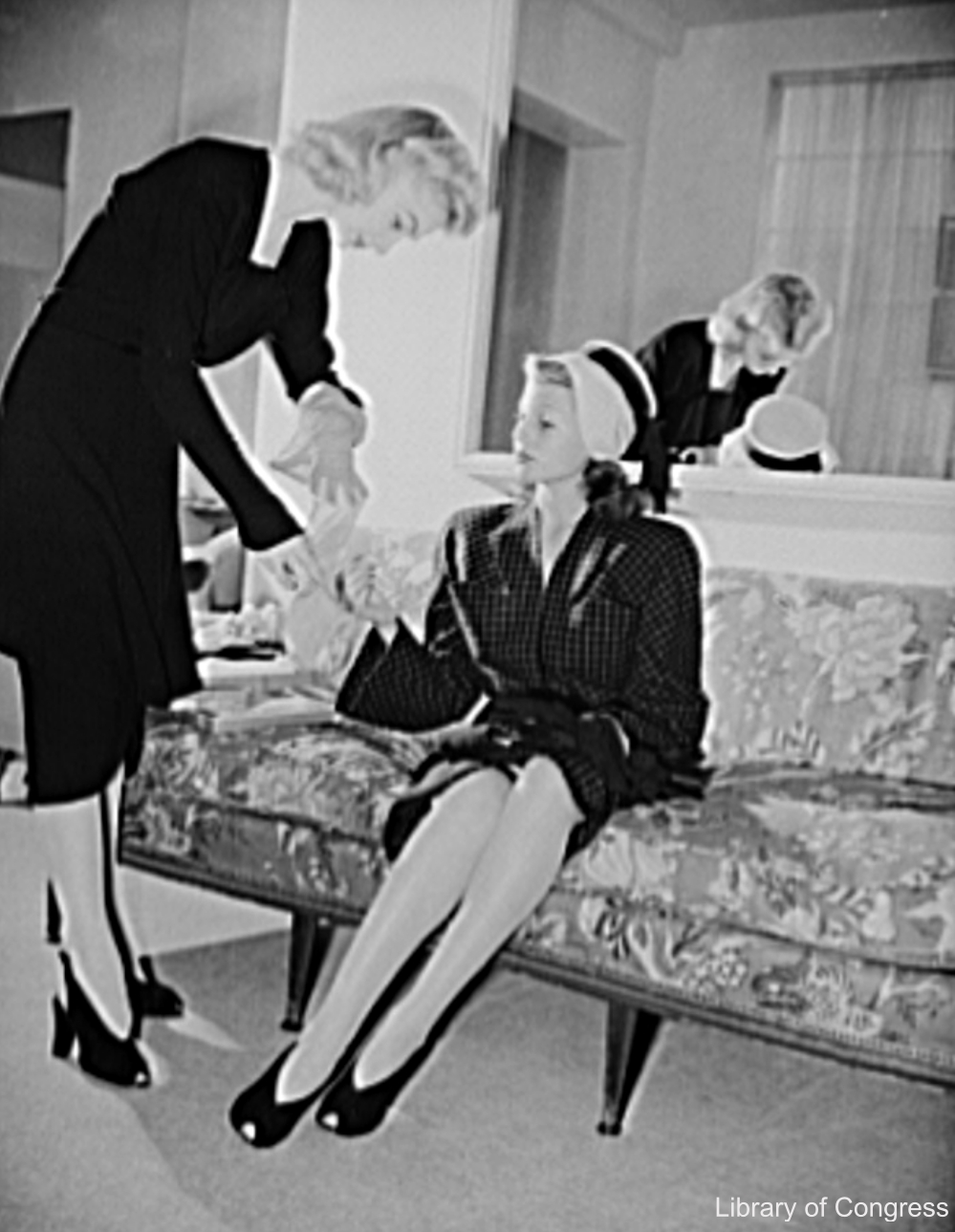 While most women during the war wanted silk or nylon stockings, what they got, if anything, were cotton stockings. Cotton stockings had a tendency to sag more than their finer counterparts. It’s no surprise that many women preferred to wear slacks or nothing on their legs at all! Cotton stockings were promoted as a viable alternative here by Rita Hayworth. It’s an attempt for stars to lead the way, but evidence does not suggest that they were very successful on this one! According to the promo for this image, “cotton is coming to have universal appeal.” Rita is inspecting here some “diamond pattern lisle” stockings. 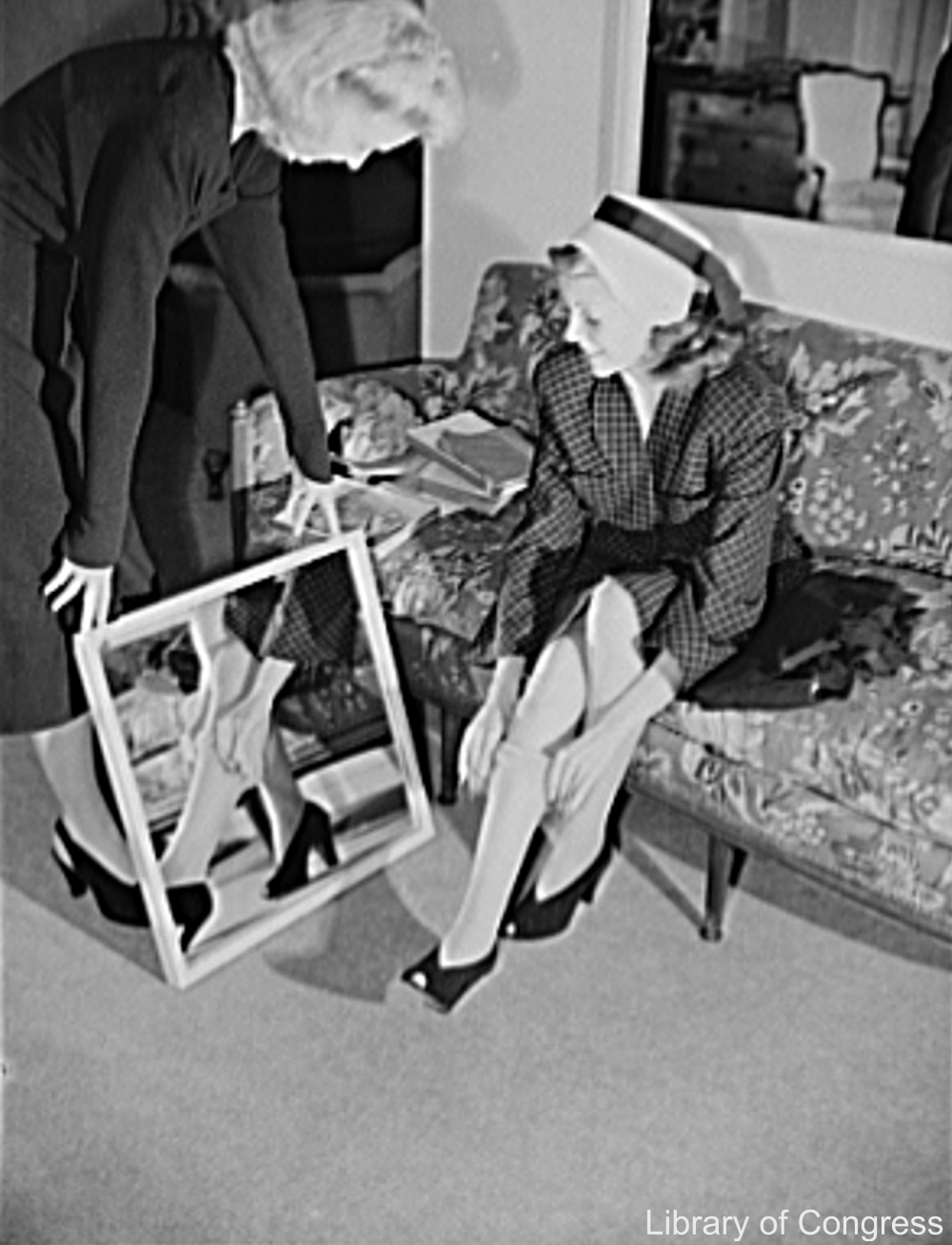 She then goes on to model stockings of “crepe lisle of the same spun sugar sheen as the dress.” Cotton stockings for evening wear would have been a change indeed! 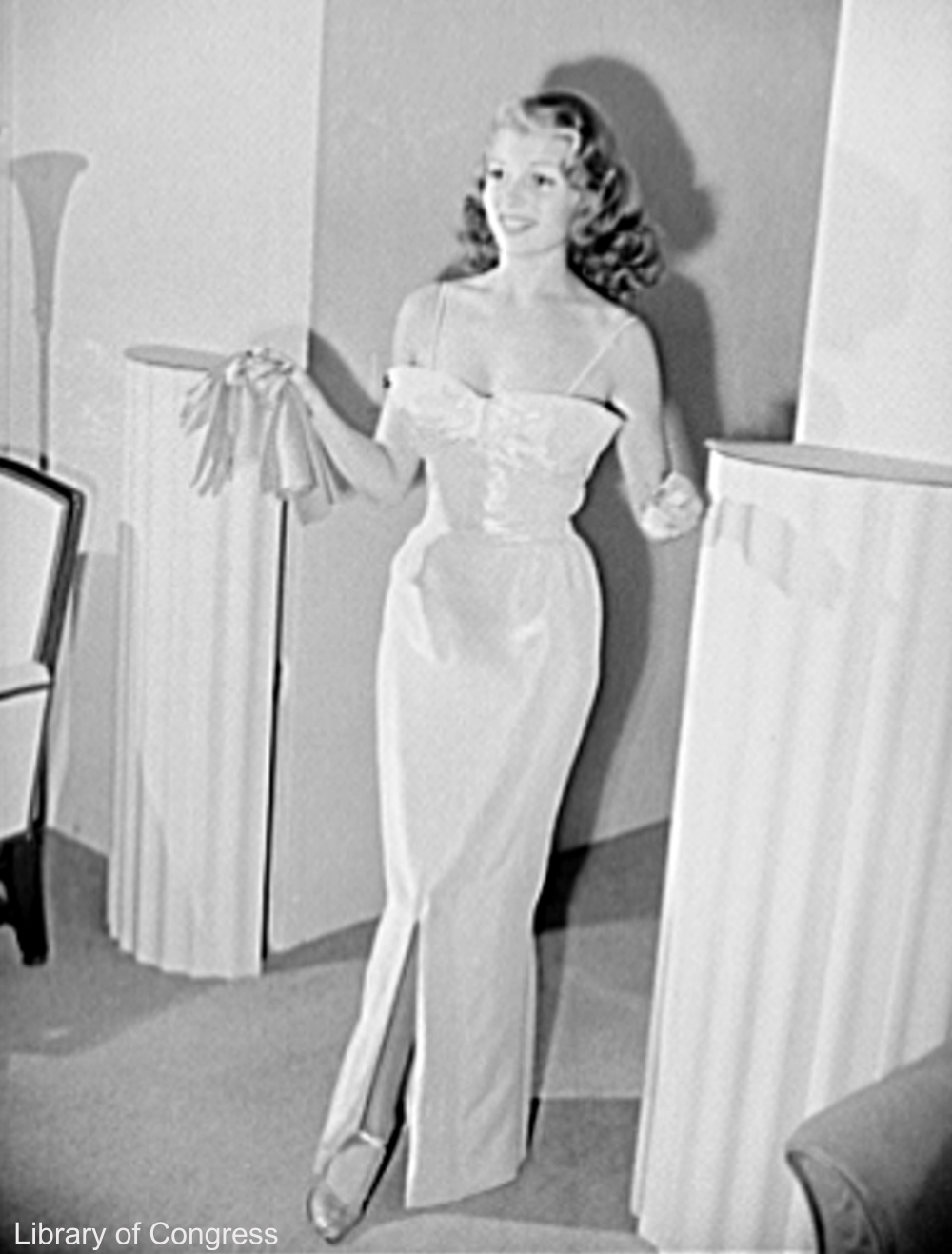 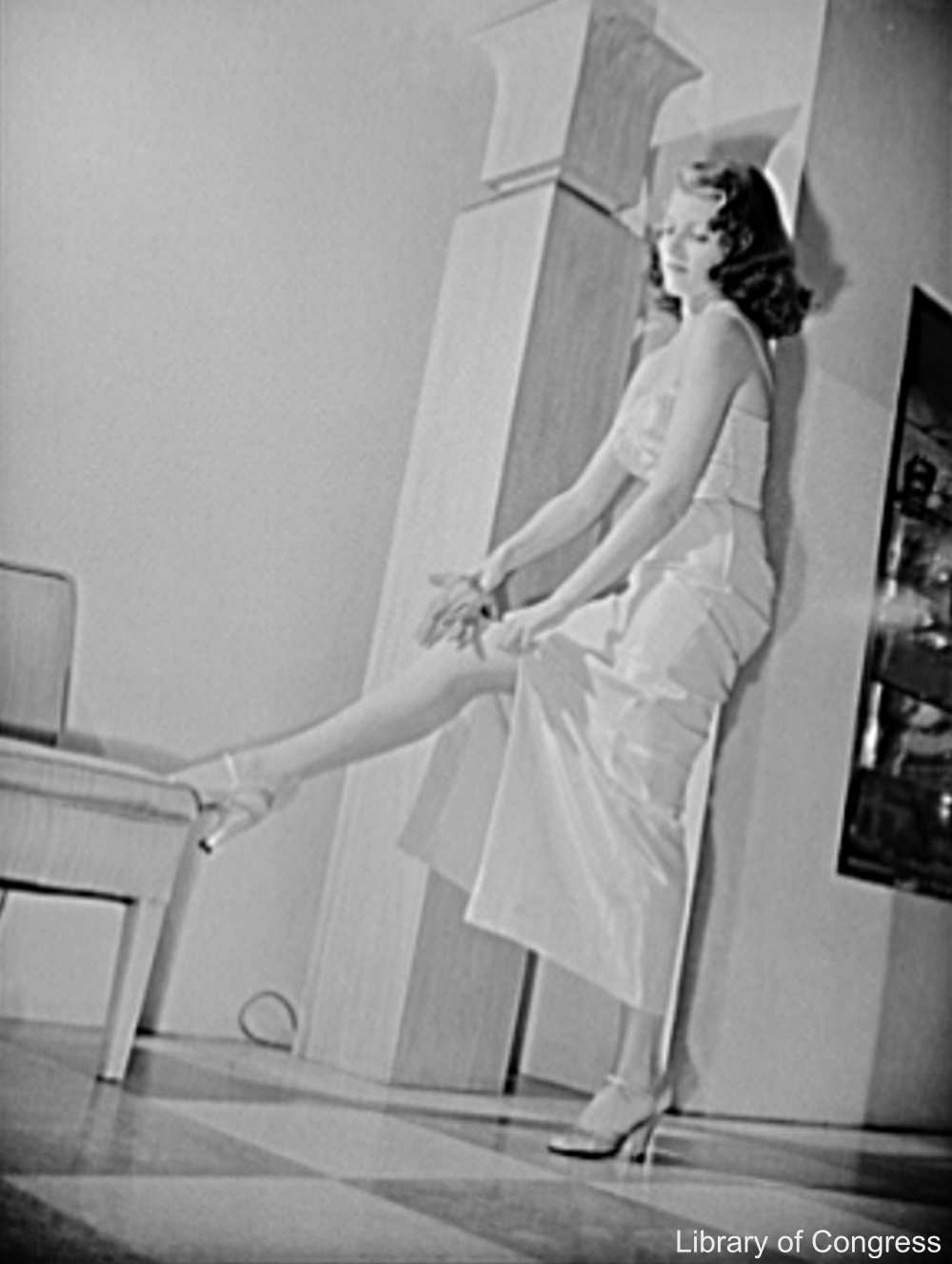 Click the “Next Page” button to see the next page!