Today we know that nearly anything is possible through digital manipulation of images. But, before computers and as far back when photography was a new art form, photographers sometimes needed or wanted to make changes to their photographs. All changes to an image had to be made by hand back in those days and there were a number of methods to make an image stand out more in print, fool the viewer, or to transform a photo into a fantastical work of art. Here are a few of the most commonly used tricks of the trade employed by photographers and artists as far back as 150 years ago. 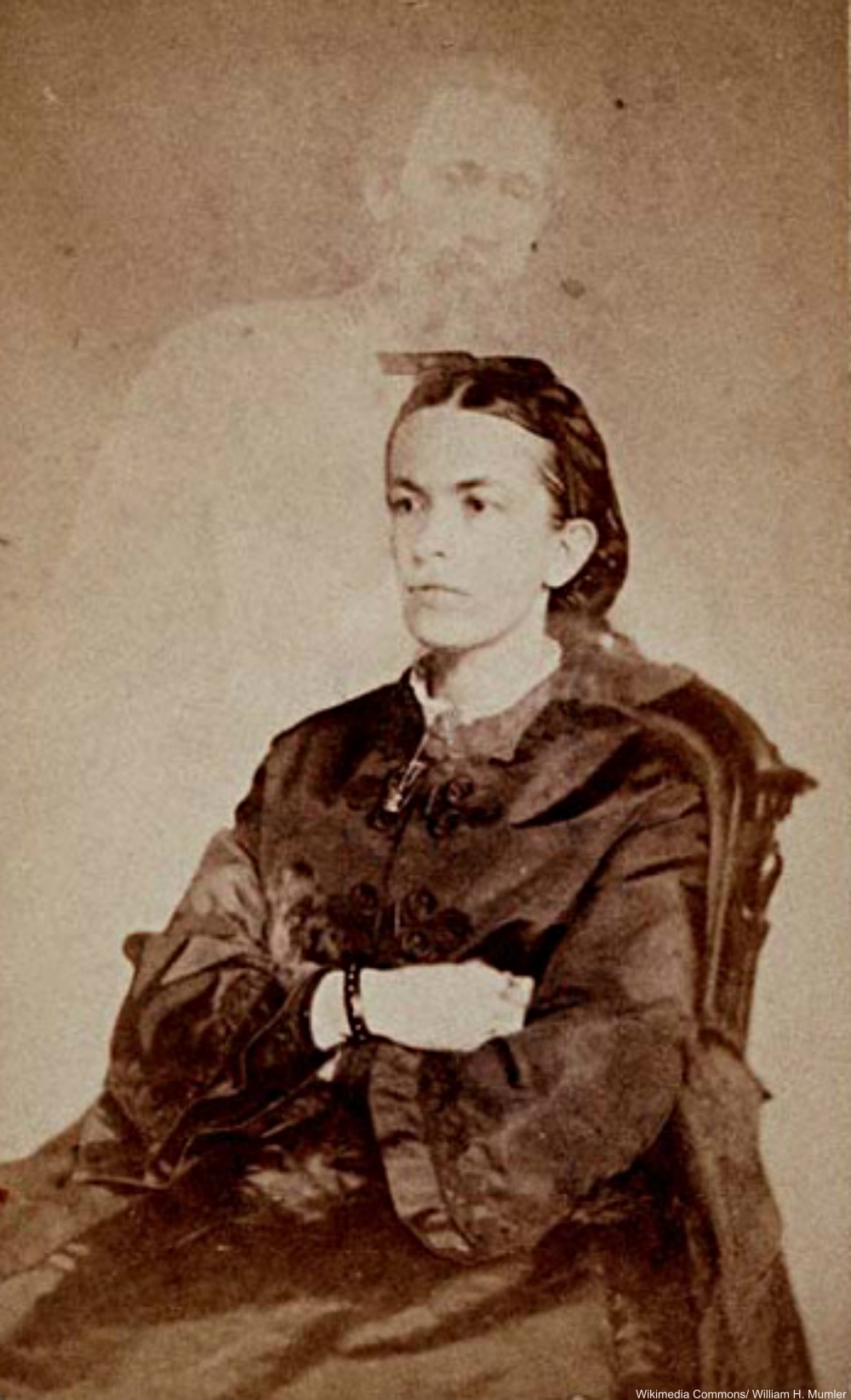 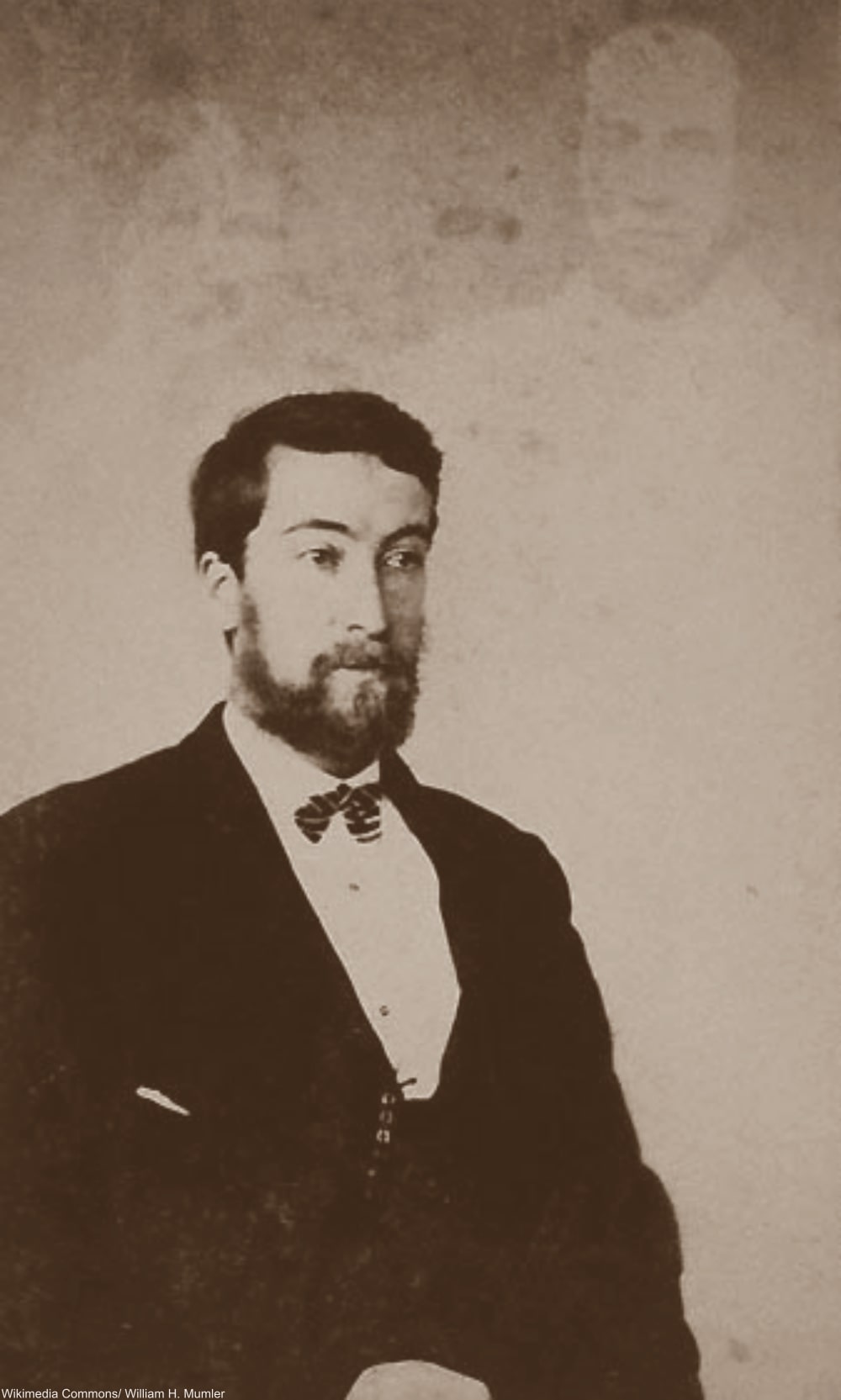 Spirit photography was a popular genre of photography in the mid to late 1800s. The supposed spirit would appear as a faint impression of their earthy shape, sometimes in the background, sometimes touching the living person in the photo. The most well-known of these spirit photographers was William H. Mumler. He discovered the process of double exposure by accident, believing at first that he had captured the image of a ghost. Once Mumler figured out what had happened, he saw the market value of producing these kinds of images for sale as “proof” of spirits among us. The reason he is well-known is because his fraud was exposed when he created a double exposure of P.T. Barnum with Abraham Lincoln in the background and Barnum was called in to testify against him in the court case. Mumler was acquitted, but his career would never be the same. 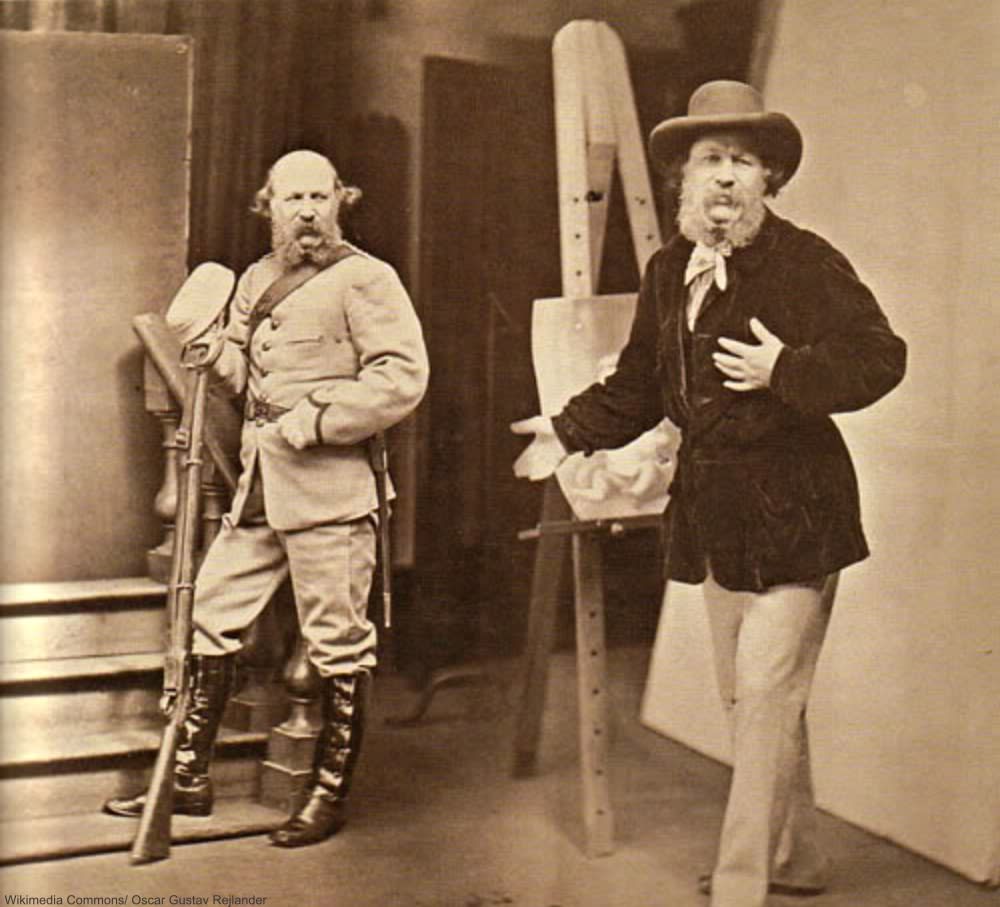 Oscar Gustav Rejlander was a Swedish-born artist working in England during the Victorian era. Though he trained in painting and sculpture, it was photography that captured his attention. Rejlander wanted to use this new medium in ways that could artfully express the same sentiments as classical works. His experiments often exceeded expectations as he used a number of tricks to combine images and captivate patrons (of whom Queen Victoria herself was one).

Rejlander often used overlapping printing, where two or more negatives are printed on the same glass slide to create a new image, like the one above where the Rejlander is at once the artist and the subject. 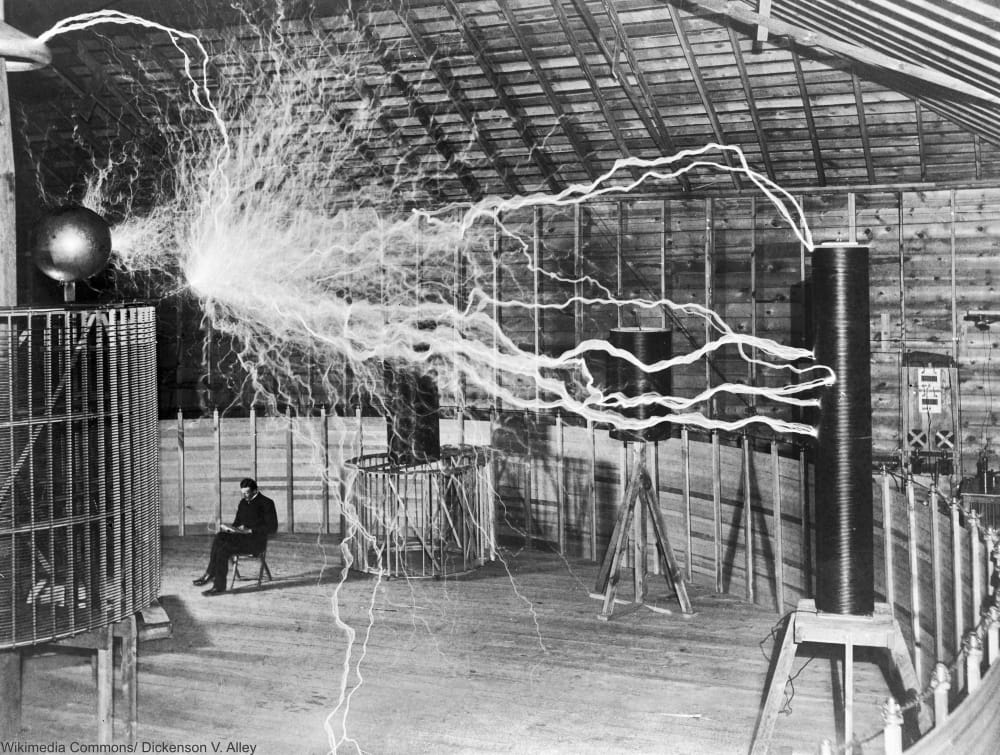 In the case of this publicity photo of Nikola Tesla a double exposure gave a dramatic effect that would have been unsafe had it been acted out as in the image. 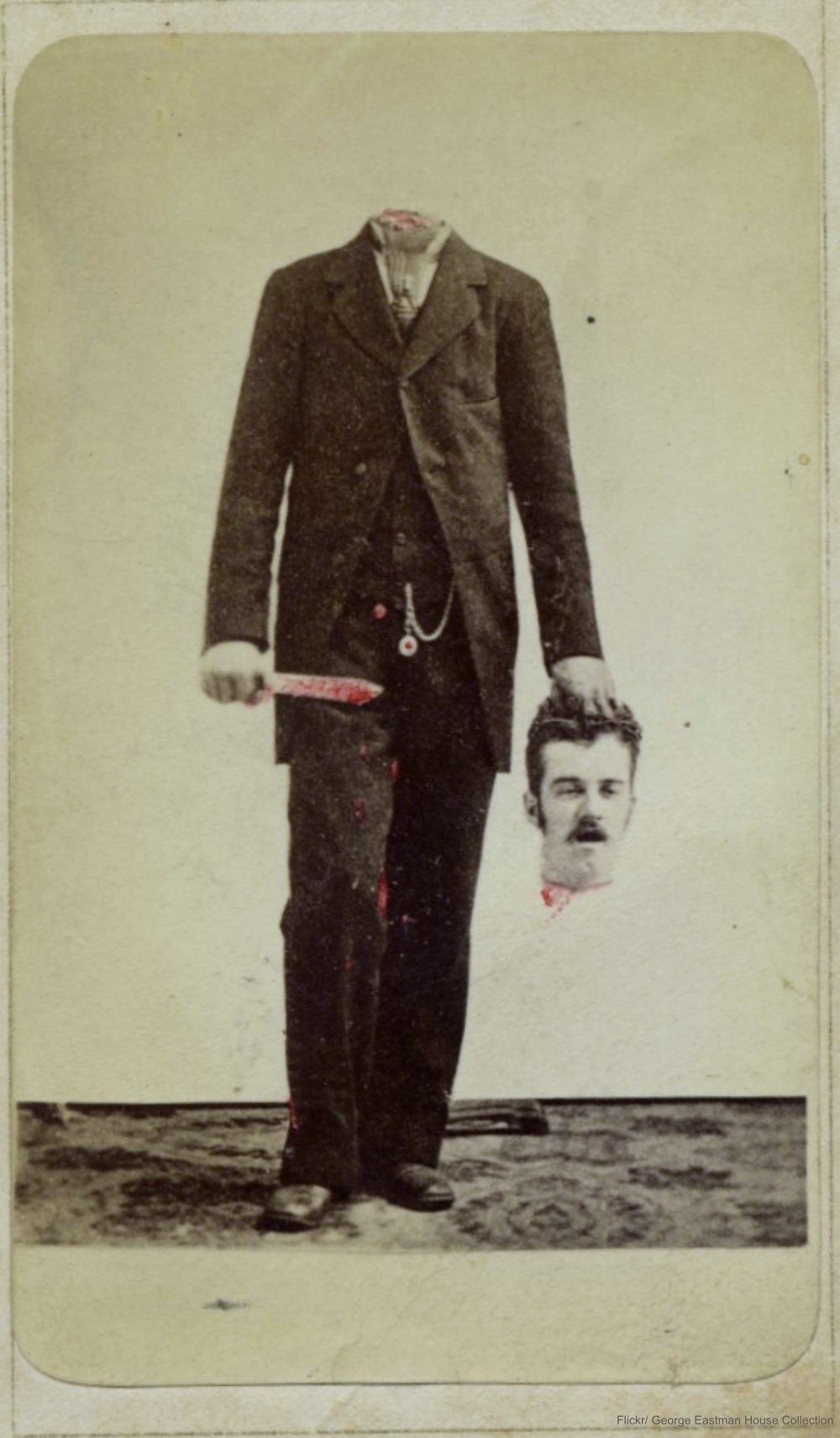 Another approach to join two images was to simply cut out one and paste it on another. The resulting collage could then be photographed so that the two images looked perfectly joined together. In the image above, the photographer has gone the extra mile by tinting the image with “blood stains” as well. 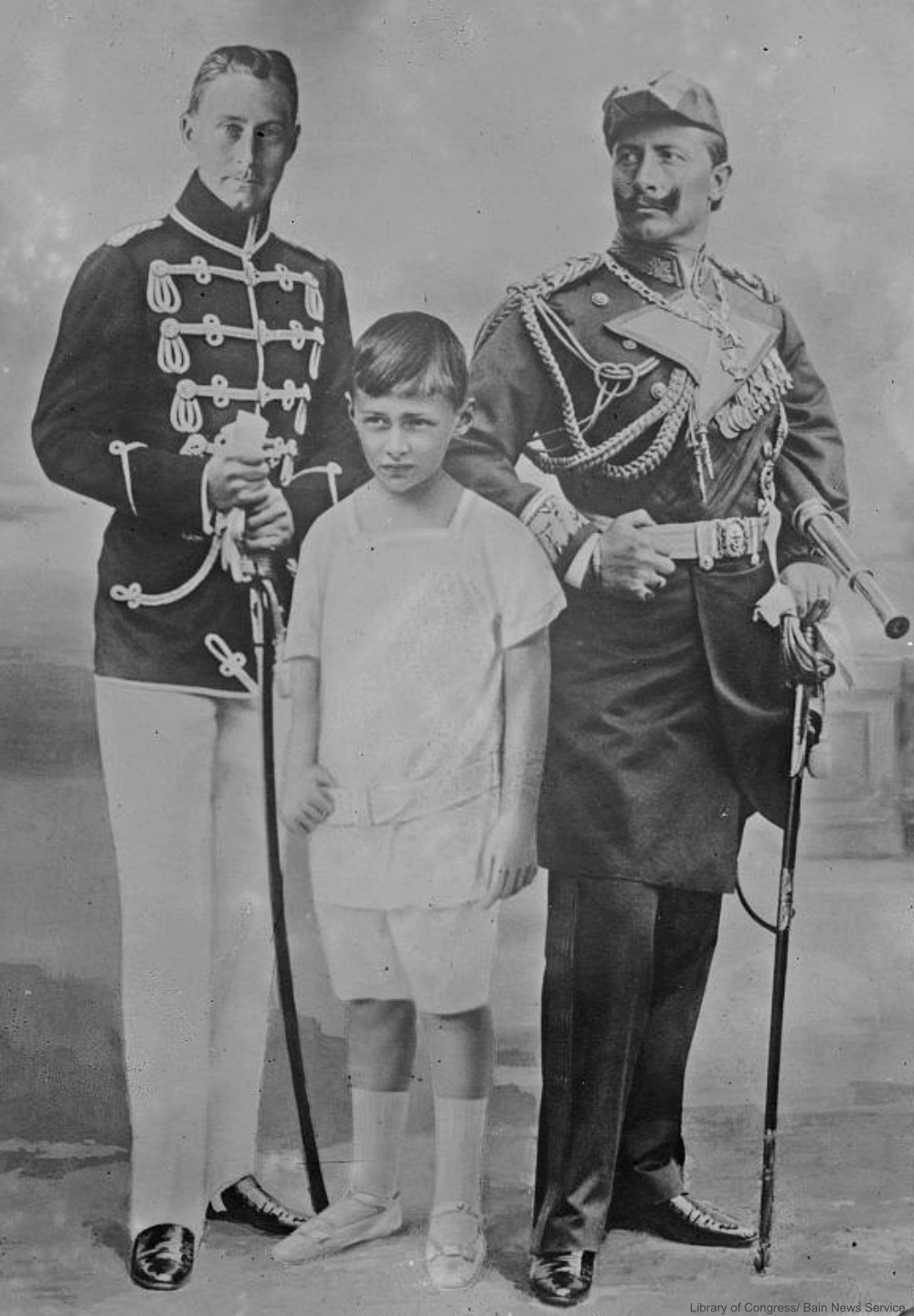 This composite photomontage appears to be joining together three separate images of the German royal family members from around 1910. In this image the shadows give the trick away, but more skillful collages might have been very convincing.

Click the “Next Page” to find out more about these pre-Photoshop photography tricks!