Contemporary technology solved a 300-year-old mystery pertaining to William Shakespeare’s skull. The finding comes during the year that marks the 400th anniversary of the bard’s passing. Plenty of legends survive regarding the death of Shakespeare in 1616, and one of them proved to be true after archaeologists scanned his tomb with ground-penetrating radar.The radar images indicate disturbances at the head of Shakespeare’s grave, as if someone dug up ground and then reburied the dirt. A brick at the head of the grave shows that some repair work was done sometime in the past, and the findings seem to match those of a story reported by The Argosy in 1879. The magazine claims someone broke into Shakespeare’s grave in 1794 and stole the skull. 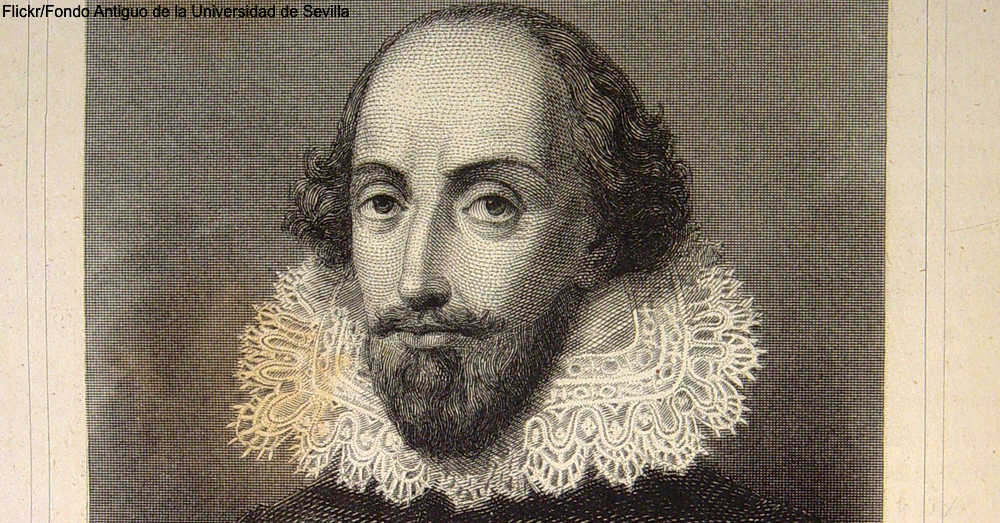 One of the robbers, Dr. Frank Chambers, sold the skull for 300 British pounds in the late 18th century, which would be worth $56,000 in 2016. Historians note grave robbing was a common practice back then because skull collectors wanted to study the remains of geniuses. People believed someone’s mortal remains would reflect on someone’s brilliance, and the skull represented one way to study a person’s intelligence.

The radar scans clear up some other myths and legends surrounding Shakespeare’s tomb. One tale claimed Shakespeare was buried standing up instead of laying down, and another story claims Shakespeare was buried in his family’s vault instead of in Holy Trinity church in Stratford-upon-Avon. The radar shows a body is buried approximately 3 feet below ground level next to a person believed to be Anne Hathaway, Shakespeare’s wife. Both graves are longer than the actual stones laid out on the floor of the church. Both bodies were simply wrapped in cloth and laid in the ground without any coffins. 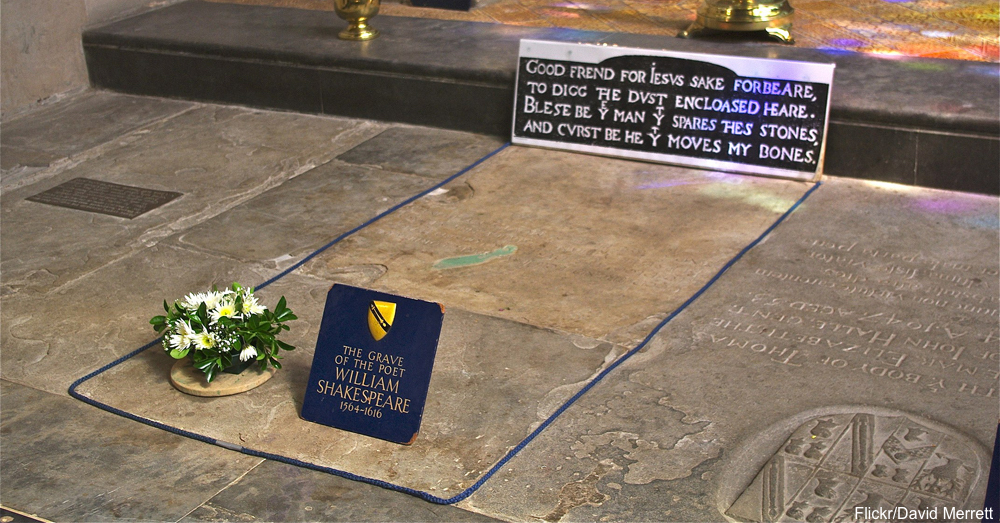 A secondary investigation took researchers 15 miles away to a church in Worcestershire. One story says a lone skull there is actually that of Shakespeare. After analyzing the remains with a laser, anthropologists concluded that skull belonged to a woman who died in her 70s. The radar scans solved several myths surrounding Shakespeare’s grave, but one important question remains: Where exactly is Shakepeare’s skull? Investigators say they want to find of the location of Shakespeare’s skull. Perhaps no one may discover the truth, but that’s part of the draw of trying to solve a mystery. Check out this old photo found in a barn that reveals an important historical gathering.