The Amazing Tale of the Poison Squad

How the U.S Food and Drug Administration responds to foodborne illnesses, tainted food, food labeling and new products on store shelves didn’t happen overnight, nor did this agency exist during the first 125 years of the United States. It wasn’t until after a chemist’s experiments in 1902 that Congress passed food purity laws to protect Americans from bad ingredients contained in everyday foods. 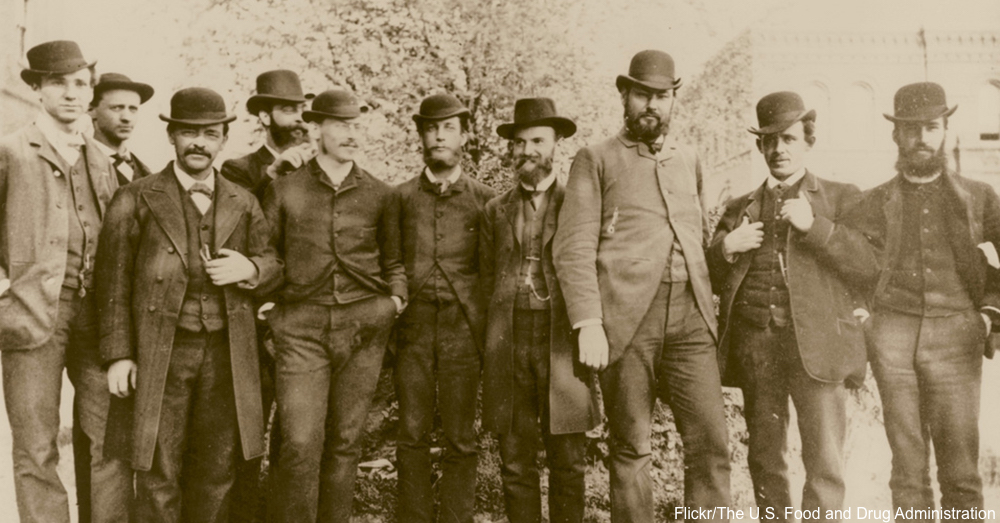 Frustrated with a lack of pure food laws, Harvey Washington Wiley, a chemist with the Department of Agriculture, convinced Congress to fund a $5,000 project that allowed him to experiment on the types of common preservatives found in foods at the time. He created a dining room in the basement of the Department of Agriculture building and had some of the finest food served as dinner to 12 healthy men in their 20s. The men worked for the government, and each of them signed waivers vowing not to hold Wiley responsible for any adverse effects, including death, due to these food experiments. The catch was each meal would also have one secret ingredient served with it.

Wiley observed each person’s reaction to the meal. The idea was to test if preservatives, colors and additives really were good for humans to ingest. The chemist weighed each person before beginning each trial, and doctors examined members of the group once a week. Wiley’s official name for the project was “hygienic table trials,” but a reporter for the Washington Post dubbed Wiley’s experiments as the Poison Squad.

The Poison Squad’s first trial was with borax. The substance was used to preserve meats, and it existed in just about every American diet back in 1902. After a six-month trial, Wiley noticed that borax capsules caused headaches, nausea and abdominal pain. A different set of 12 men came in to test the next substance. 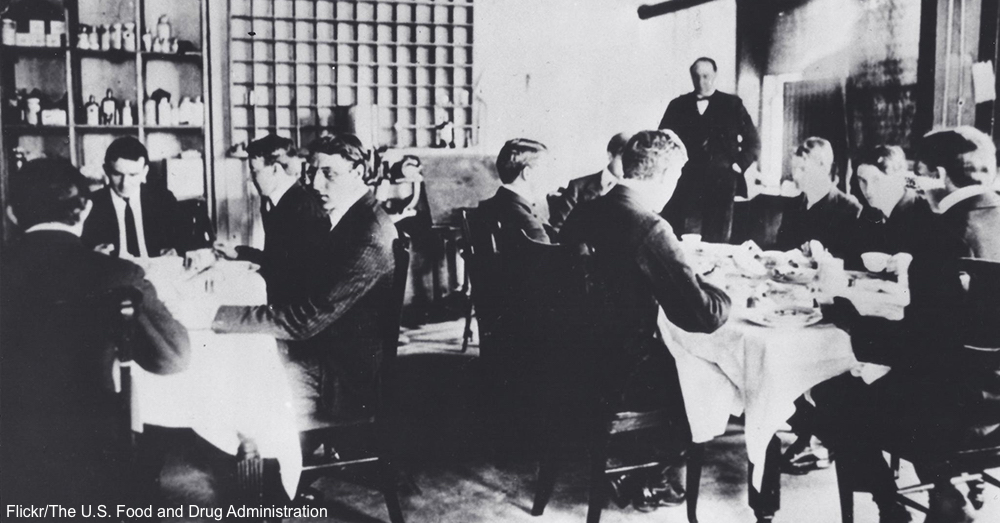 After Wiley’s successful test of borax, he moved onto other substances. Men ingested capsules of salicylic acid, formaldehyde, saccharin, sodium benzoate and copper salts halfway through each meal. After the multiyear study, Wiley was happy to report the most serious side effect of these substances was discomfort. No one died while testing these preservatives.

Following the conclusion of the trials, Wiley recommended to Congress that all preservatives become outlawed. The men he chose in the trials were healthy; the chemist theorized the detrimental effects of some preservatives would be worse on children and the elderly. In 1906, Wiley got what he wanted when Congress passed the first food laws in the United States. 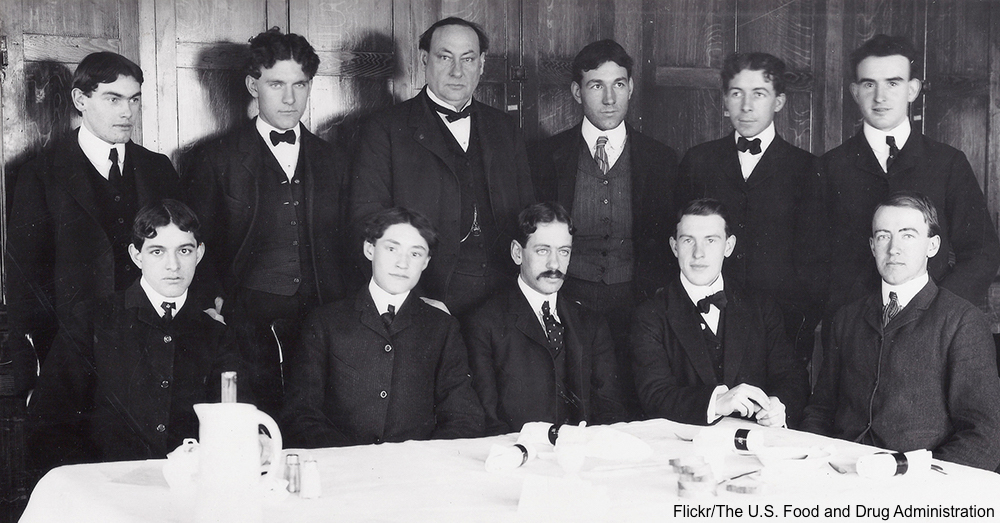 Although he failed to take precise measurements of the amounts of preservatives ingested by men, his copious notes and observations formed the basis for clinical trials done on new drugs in contemporary society. Wiley was a man ahead of his time, and without him, many of the American food safety laws on the books would not exist. Check out this Ancient Greek remedy for hangovers that gained traction in contemporary society when it was rediscovered in a pile of old manuscripts.