Divers off the coast of Oman discovered and excavated the oldest-known shipwreck from Europe’s Age of Exploration. This thrilling find helps piece together what happened on one of the famous voyages of Portuguese explorer Vasco da Gama, a trader who sailed around the southern coast of Africa and near the Middle East to reach trading ports in India. The wreck’s age, and the artifacts retrieved, make this an extraordinary find. 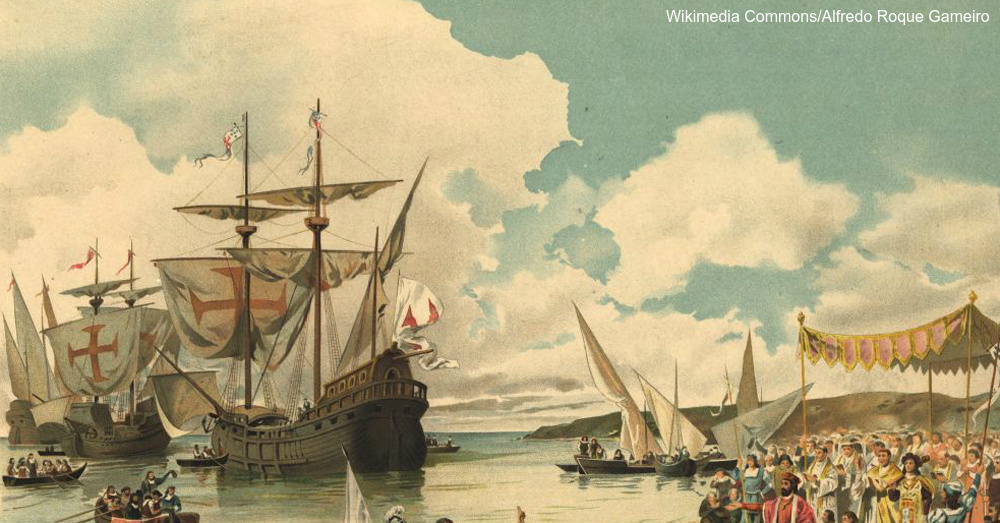 Divers located the wreck in 1998, but no one excavated the site or retrieved items until 2013. The salvage operation lasted until 2015. Historians believe the wreck is the Esmeralda, one of two ships destroyed in a storm during da Gama’s second voyage to India in 1502 and 1503. The Esmeralda sank in May 1503 just off the coast of Al Hallaniyah island in a remote part of the Arabian Sea. The ship was part of a 20-vessel fleet designed to establish trade routes to India during the start of Europe’s Age of Exploration.

Researchers retrieved more than 3,000 artifacts from the site that helped identify the ship. Lead shot matches ore from mines in Spain, England and Portugal. Up to 35 stone cannonballs carry the initials “VS,” which historians believe refer to Vincente Sodré, the commander of the ship and da Gama’s uncle. The ship’s copper bell bears the marking “498,” or the year 1498, when the bell was cast. A rare silver coin, known as an Indio, also came from the wreck. Only one other Indio is known to exist, and this coin was specifically made for trade with India.

The location and condition of the wreck conform to historical records at the time. Survivors salvaged the ship’s cannons, which makes sense because divers found no cannons at the site. The bay in which in ship sank also matches descriptions made by sailors. Oman plans to display the items in its national museum to help interpret what happened during da Gama’s important trading missions to India.The wreck of the Esmeralda reveals that the Age of Exploration was a vital step toward globalization of the world’s nations over the past 500 years. Check out Greek’s shipwreck capital that contains numerous ancient artifacts from 2,500 years ago.