If history has taught us anything, it’s that politics can be a messy game. On January 31, 1900, William Justus Goebel was shot and wounded the day before he was sworn in as the 34th Governor of Kentucky. He died four days later (after being sworn in as Governor), becoming the only state governor to this day to be assassinated while in office.

Around the turn of the 20th century, Kentucky was a divided state. The Democrats were slowly losing political power, as a Republican named William O. Bradley had just been elected to the Governor’s office in 1895. Goebel, a democrat in the Kentucky Senate, proposed a bill in 1896 known as the “Goebel Election Law.” This created a three-member state election committee, appointed by the Democratic-controlled General Assembly. Many saw this as a power-grab by Goebel. 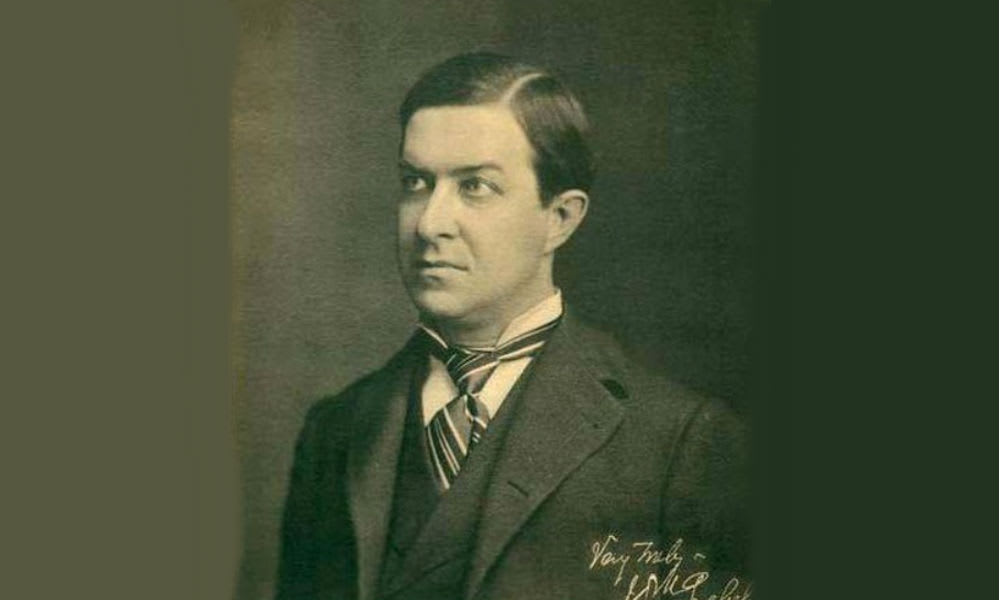 During the Gubernatorial election of 1899, three men sought the Democratic nomination: Goebel, Wat Hardin, and William J. Stone. Realizing that Hardin was the front-runner, Goebel proposed that he and Stone work together to take him down. The deal was Stone would support whomever Goebel picked to preside over the party convention. In return, half the delegates from Louisville that were pledged to Goebel would vote to nominate Stone for governor, and Goebel would drop out of the race. Hearing about this plan, Hardin dropped out of the race. With the nomination now wide open, Goebel decided to renege on his agreement with Stone once his choice as the presiding officer was official. He eventually won the nomination, pitting him against Republican William S. Taylor, though many of his party members were not happy.

In the general election, Taylor defeated Goebel by 2,383 votes. However, the Board of Elections created by the Goebel Election Law ruled that the power to review the election lay in the General Assembly. The Assembly ruled that several Republican ballots were invalid, and the election was given to Goebel. This infuriated republicans, putting the state on the brink of a civil war. 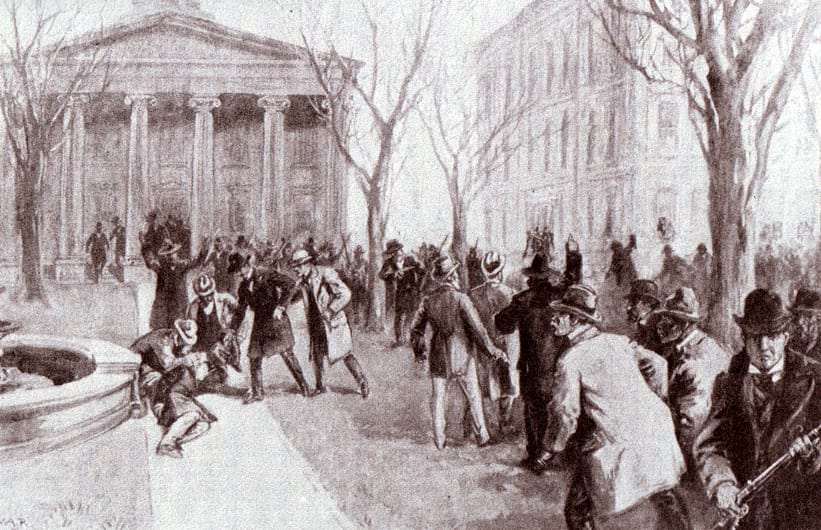 Sketch of the assassination in Harper’s Weekly, 1900

On the day of the assassination, Goebel walked to the Old State Capitol with two body guards in tow. Reports are conflicting, but many claim that up to six shots were fired at Goebel from the State Building nearby. A shot to the chest mortally wounded Goebel, who died just four days later. Naturally, the main suspect was Taylor, who fled to Indiana to avoid indictment.

In total, sixteen people were indicted, with only five ever going to trial. Two of the five were acquitted, with convictions being handed down to Caleb Powers, Henry Youtsey, and Jim Howard. Powers was Taylor’s Secretary of State, Youtsey was an alleged intermediary, and Howard was said to be the actual assassin. The case went to trial multiple times, but eventually, all involved were pardoned.