The Young Bike Messengers Of The South (23 Photos)

In Southern cities in the U.S. from 1900-1930, many boys and young men found employment with telegraph companies or local drugstores as bike messengers. These candid photos from 1908-1917 by Lewis Hine give you a rare glimpse in to the unique culture they developed and what their daily lives were like. 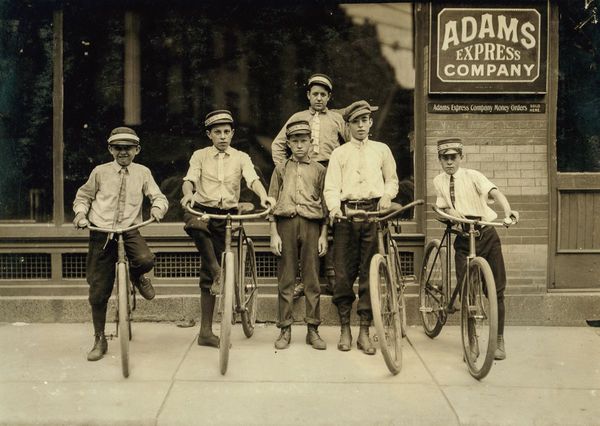 “A typical group of Postal Messengers in Norfolk, Va. Smallest on left end, Wilmore Johnson, been there one year. Works days only. The Postal boys are not nearly so young, in Norfolk and also in other Virginia cities, as are the Western Union boys.” June 1911 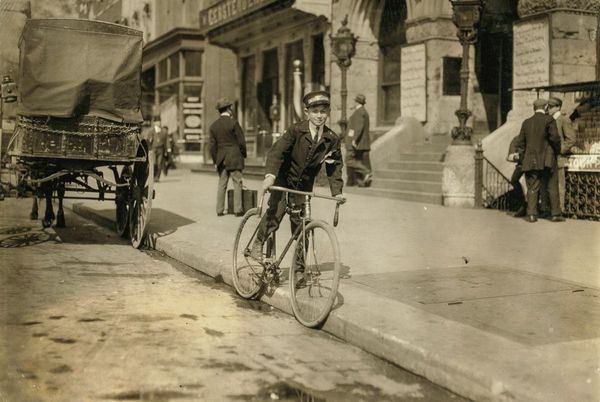 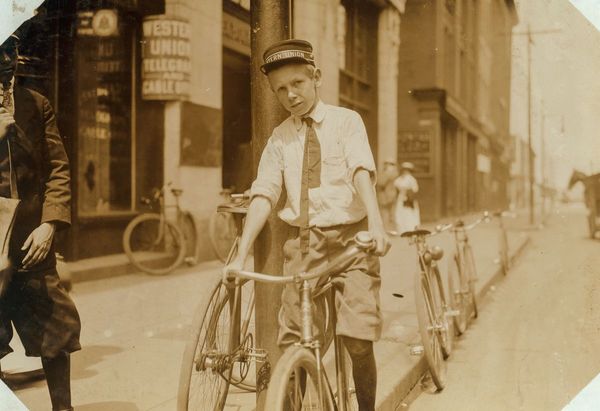 “Hodges Gallop, Western Union Messenger No. 16, Norfolk, Va…. Been working here one month. He, and several other very young boys, work until 10:30 P.M.” 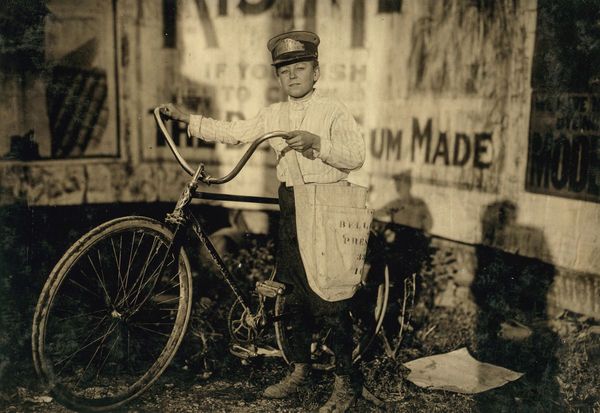 “Marion Davis, Messenger #21 for Bellevue Messenger Service. Fourteen years old. ‘Been messenger, off and on, for two years. Not supposed to go to the Reservation under sixteen years, but I do just the same. The boss don’t care and the cops don’t stop me.’ Location: Houston, Texas.” 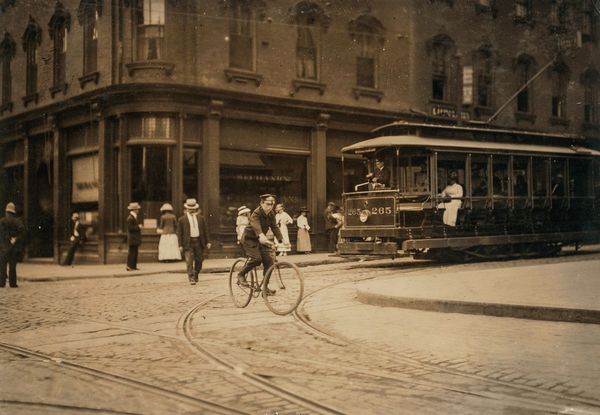 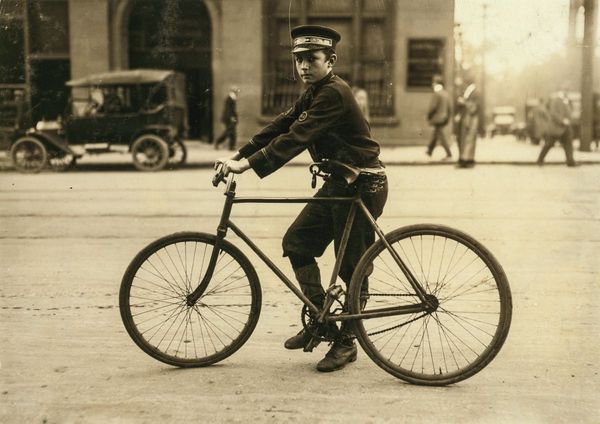 While the streets up north were typically lined with “newsboys,” cities like Nashville and Birmingham were teeming with young fellows zooming in and out of traffic delivering all kinds of things from medical supplies to telegrams. 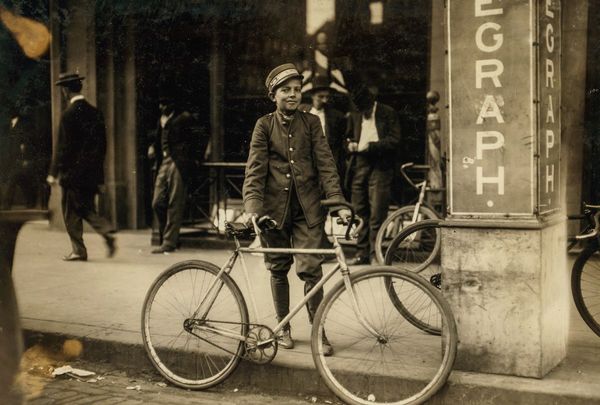 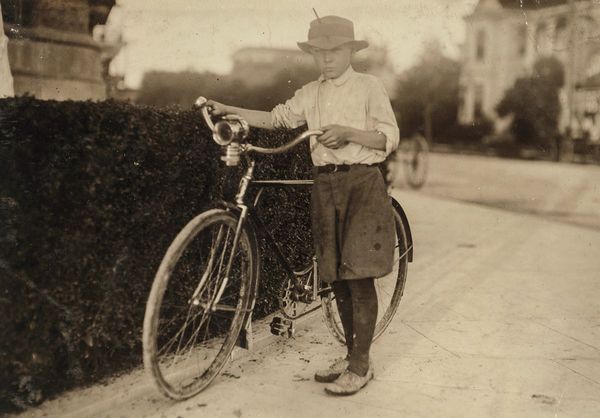 “Luther Wharton, drug store delivery boy, twelve years old. Works from 4:00 P.M. to midnight in Sommers Drug Store. I saw him working at midnight. He goes to school in the daytime, then works from four to twelve. Sundays half a day. Gets $5.00 a week.” 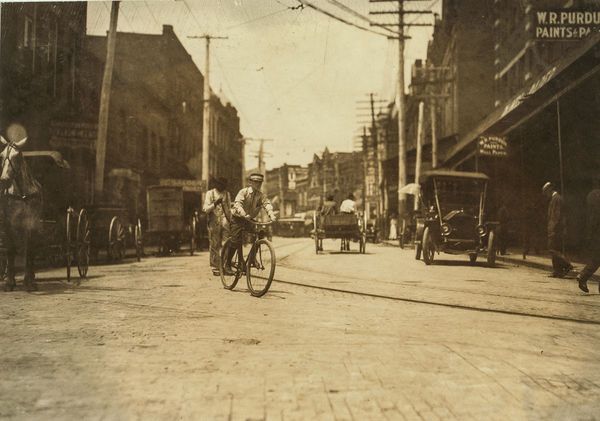 “Postal Telegraph boy, Danville, Va. That night he refused to show me through the Red Light District, said the manager did not permit them to go on such errands.” 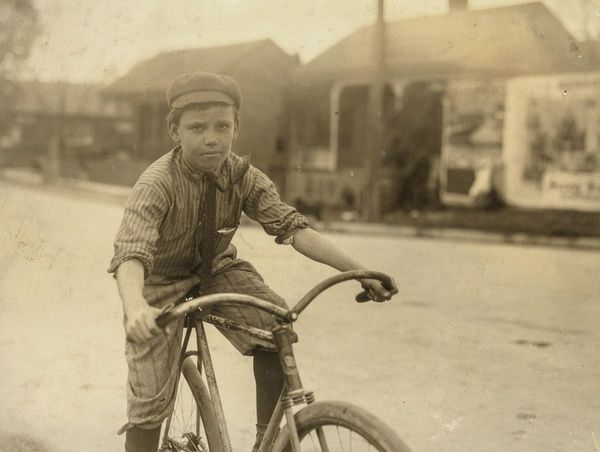 “Percy Neville in the heart of the Red Light district. Just come out of one of the houses with message…. He said gleefully ‘She gimme a quarter tip.'” 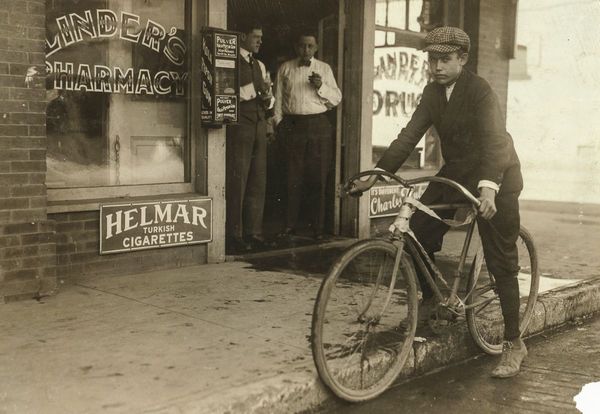 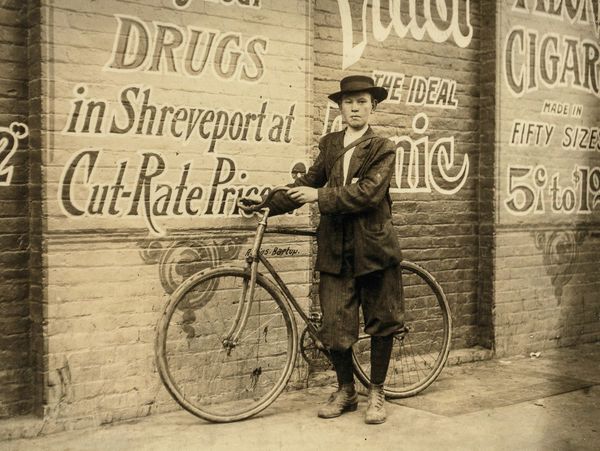 “Howard Williams, thirteen year old delivery boy for Shreveport, La. Drug Company. He works from 9:30 A.M. to 10:30 P.M.; has been here three months. Goes to the Red Light every day and night. Says that the company could not keep other messenger boys; they work them so hard.”

Lewis Hine dedicated his life to photographing the working children of the U.S. in order that one day they might not have to work. His goal was to show, photographically, what their lives were like and let their small size and dirty faces speak what no written words ever could. 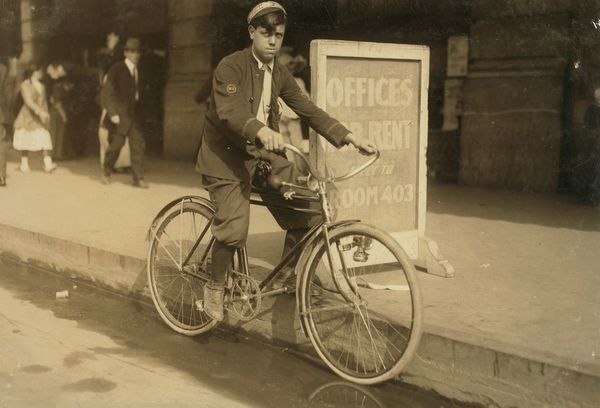 “A typical messenger boy in New Orleans. The telegraph companies are trying to obey the law, and few violations occur.” 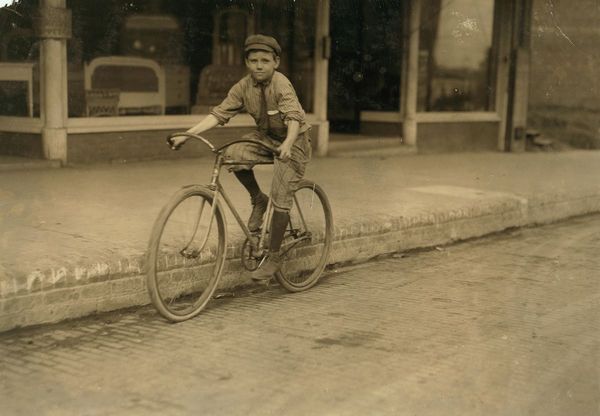 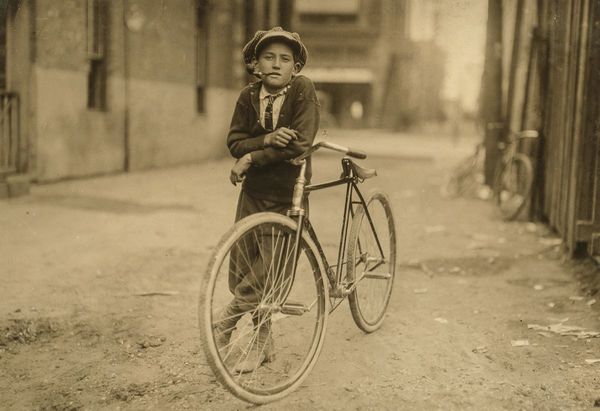 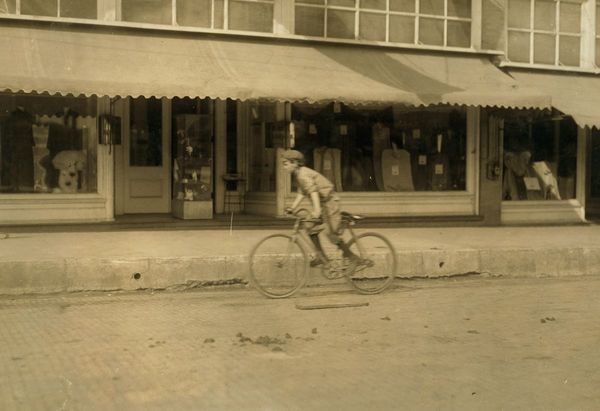 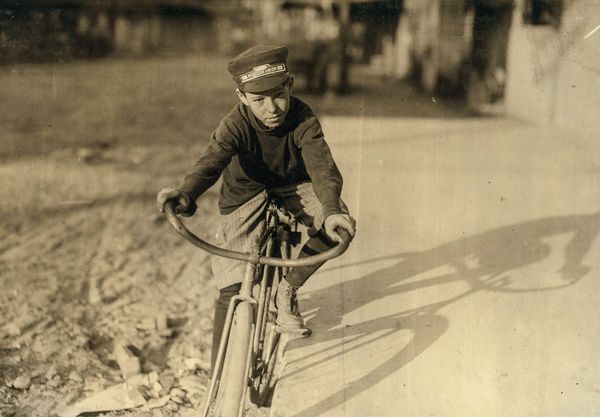 “Curtin Hines. Western Union messenger #36. Fourteen years old. Goes to school. Works from four to eight P.M. Been with WU for six months, one month delivering for a drug store.” 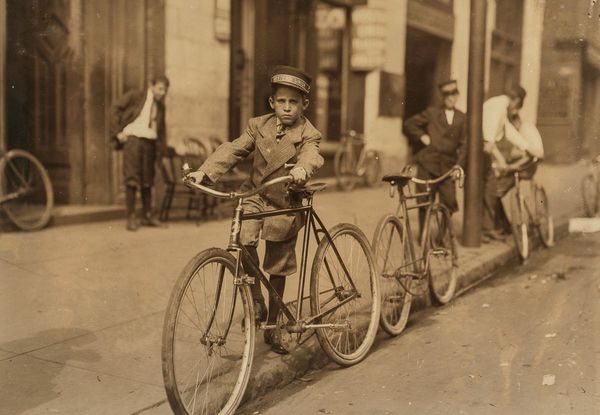 “Raymond Bykes, Western Union No. 23, Norfolk, Va. Said he was fourteen years old. Works until after one A.M. every night. He is precocious and not a little “tough.” He told me he often sleeps down at the Bay Line boat docks all night. Several times I saw his mother hanging around the office, but she seemed more concerned about getting his pay envelope than anything else.” 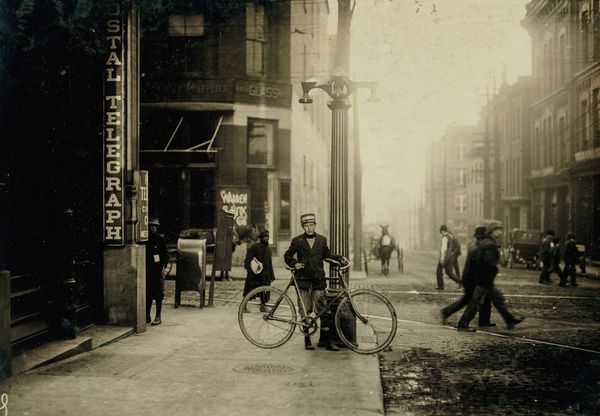 “George Christopher, Postal Tel. #7, 14 years old. Been at it over 3 years. Does not work nights. Location: Nashville, Tennessee.”

Click here for a peek into the lives of newsies around the turn of the century.