French culture has long captivated crowds around the world and copies of famous French landmarks exist all over the globe. But, the most beloved icon of France is Paris, the City of Light. So why did the French government make a copy of their own capitol? 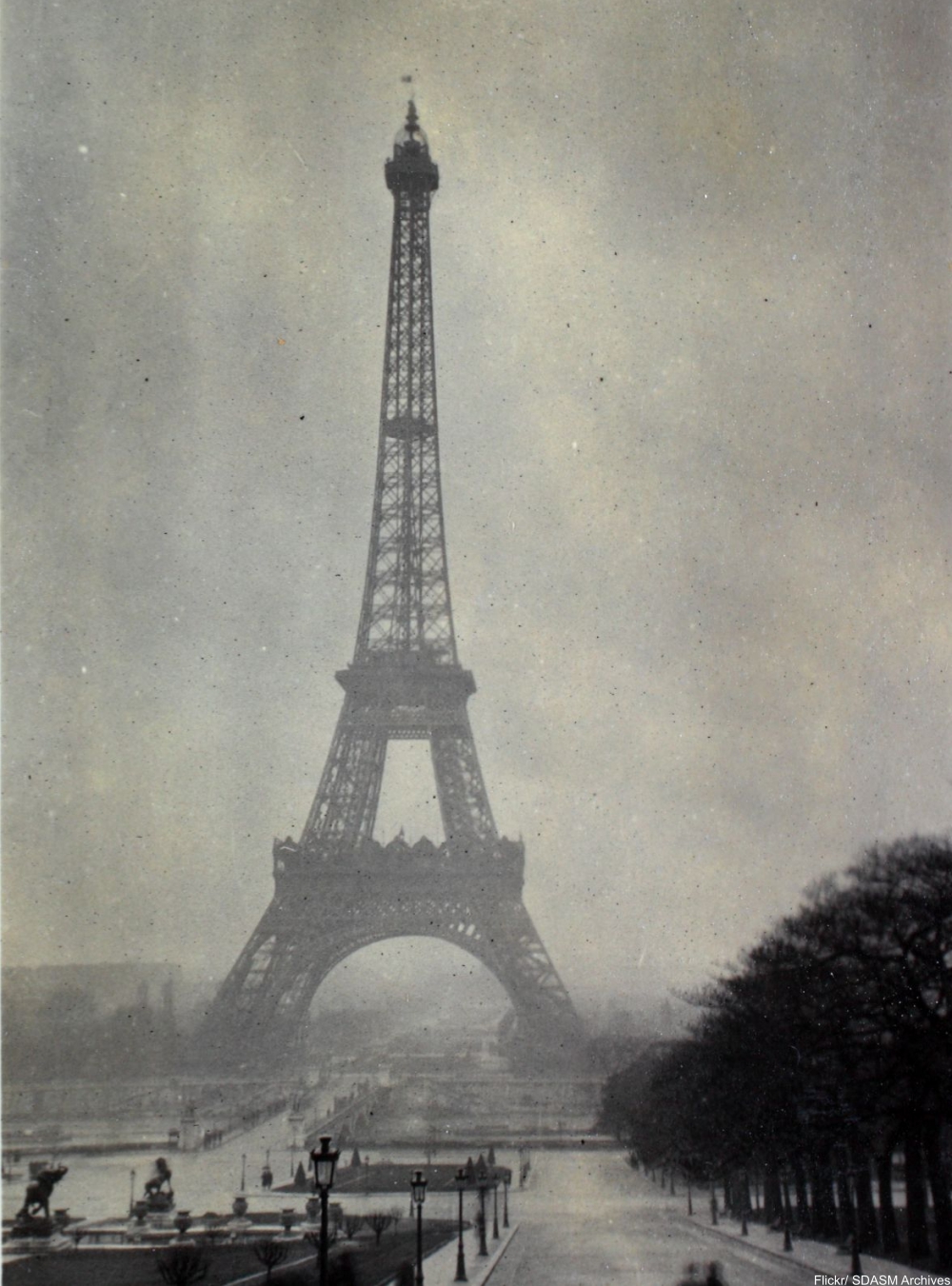 The Eiffel Tower circa World War I. Via/ Flickr

Towards the end of World War I French military planners hired private firms to help build a fake Paris which, viewed from planes above, was supposed to throw off German bombers. Paris 2.0 had a faux Arc di Triomphe and Goud du Nord among its many “landmarks.” 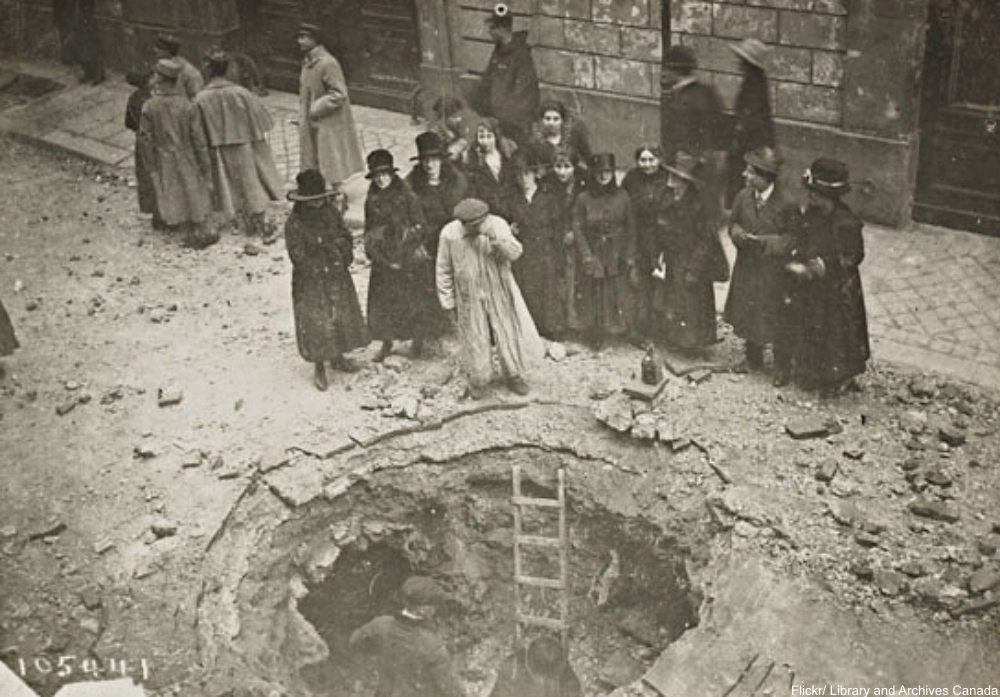 Crowds gather around a spot where a shell tore through the street in Paris, circa 1918. Via/ Flickr

Strategic air warfare and bomber planes were new concepts during WWI and even though the technology was in its infancy many civilians in France and England lost their lives when, fascinated by the sounds and sights of German bombers, they grouped together en masse on street corners to watch the bombs falling instead of running for cover.

The fake Paris was constructed on a part of the Seine that looked similar from above to the section running through Paris and was planned with features that closely resembled the real Paris when viewed from a German Gotha airplane. 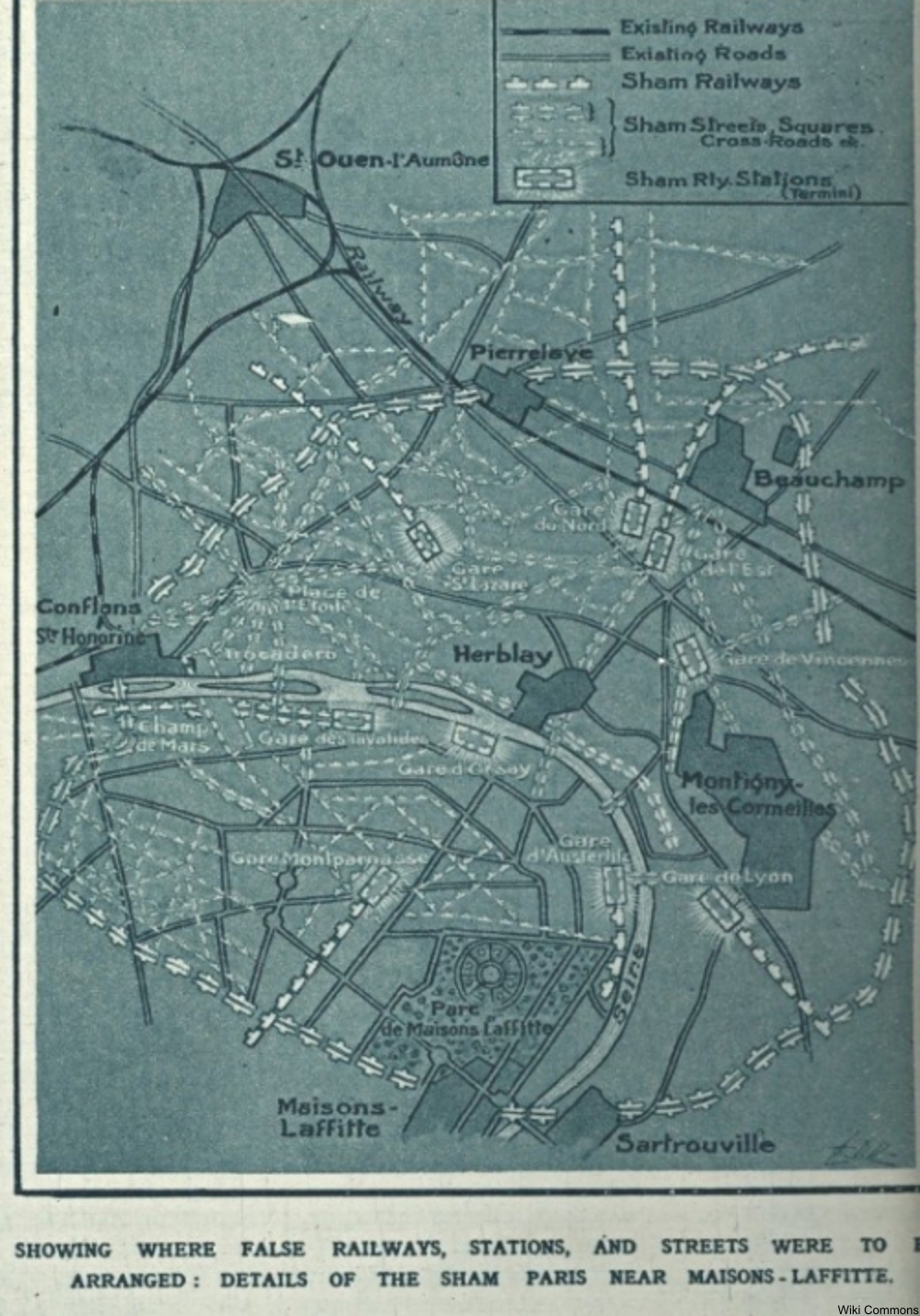 Ferdinand Jacopozzi, the electrical engineer who later would illuminate the Eiffel Tower, was hired to give the fake Paris a realistic glow. Jacopozzi designed an intricate system of colored lights and even devised moving lights to mimic trains moving through the night and machinery at work. 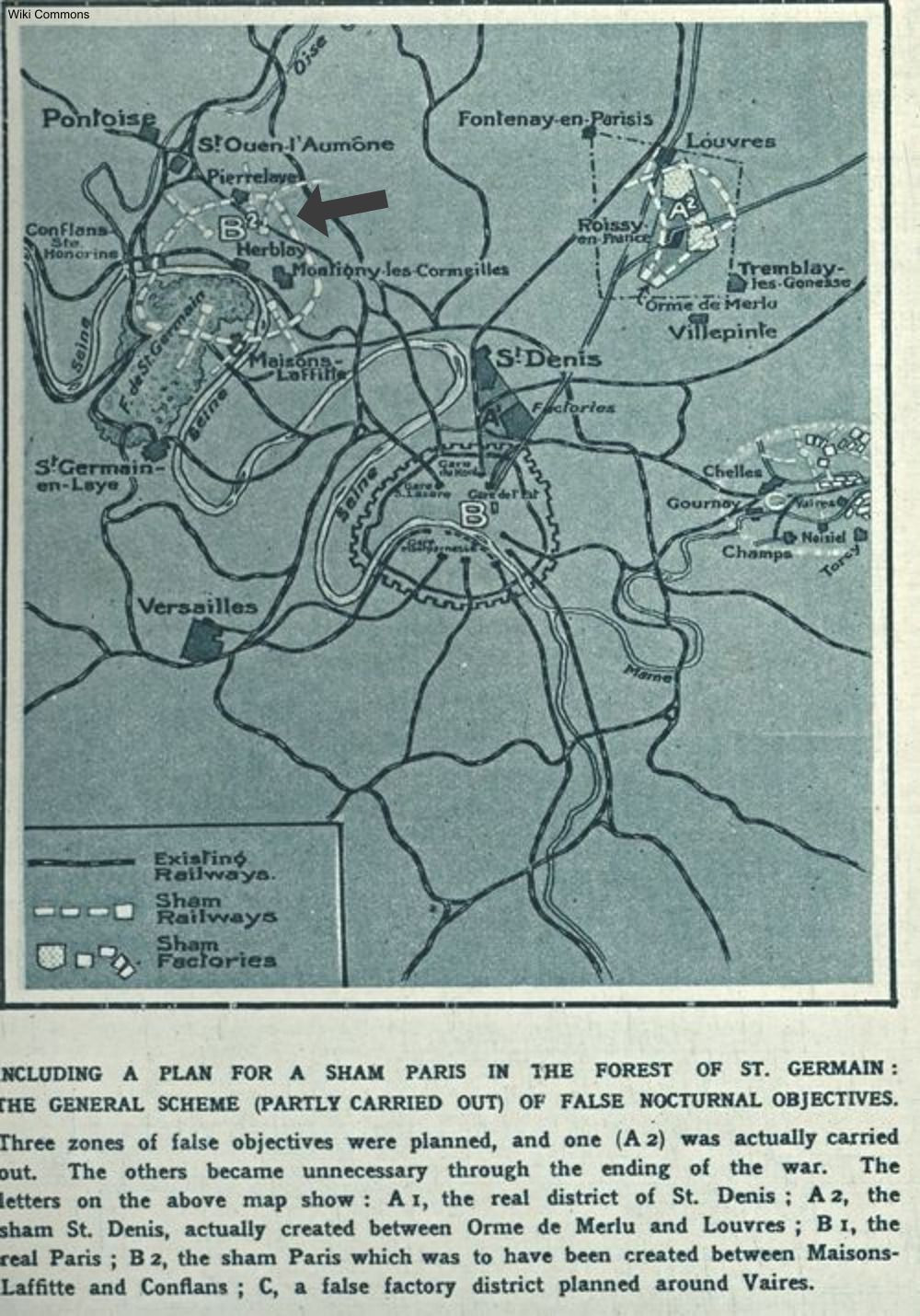 The “false nocturnal objective” city was to built just North of Paris. The area marked B2 represents the fake Paris on this map. The real Paris is represented by the center section of this image. Via/ Wiki Commons

Armistice Day came just as the fake Paris was nearing completion and so the concept of a 1910s decoy city was never put to use in a tactical sense. The deconstruction process happened very quickly as well, meaning that few Parisians even know about this second Paris. The only visuals we have on this copycat city are the maps (above) which show how the city was to be laid out.

While fake burned out cities successfully diverted German attacks on English cities during World War II, it’s unclear whether this fake Paris would have thrown the German bomber pilots off their intended targets. What we do know is that the secret military project of fake Paris was long forgotten by the real Paris many decades ago and most (if not all) of the fake Paris has long been destroyed or built over.

Click here for a look into the life of a WWII double agent who charmed the world.