This Old Hotel Has Played A Huge Role In America’s History; Have You Ever Heard Of It?

From Lincoln’s inauguration to Martin Luther King’s speech, the Willard InterContinental Hotel in Washington D.C. has been home to some major moments in our nation’s history.

From Lincoln’s inauguration to Martin Luther King’s speech, the Willard InterContinental Hotel in Washington D.C. has been home to some major moments in our nation’s history. I had heard stories from friends who have visited it about just how lovely it was, but I never knew how frequently it managed to pop up in history. Learn about some of the major moments involving this landmark below. 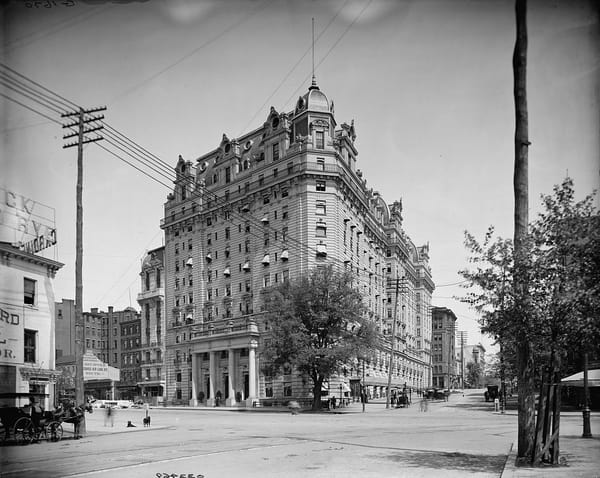 Being in our nation’s capital, and just blocks away from the White House, the Willard has of course hosted many of our Presidents. Most notably, however, is Abraham Lincoln. The story goes that President Lincoln stayed at the Willard in the weeks heading up to his inauguration. Due to several assassination threats, Lincoln was smuggled into the hotel by a detective, where he was kept safe until he could move into the White House. In fact, the Willard still has a copy of his bill, which he apparently paid for with his first presidential check!

Among the many other presidents to keep residence at the Willard was President Ulysses. S. Grant. Grant was said to hang out in the hotel’s lobby to relax and enjoy a cigar and a whiskey. In fact, hotel folklore states that Grant was so often visited in the lobby by those asking for favors, which is where the term “lobbyist” comes from.

When one thinks of Martin Luther King Jr., usually the first thing to come to mind is his famous “I Have a Dream,” speech. In the days before the March On Washington in 1963, it’s said that King finished his famous speech in his room at the Willard.

While naming everyone notable that has stayed at the Willard would be nearly impossible, some of the more compelling figures include Charles Dickens, Emily Dickinson, Harry Houdini, and the Duke of Windsor. Mark Twain also stayed at the Willard, where he wrote two books, and Walt Whitman mentioned the hotel in a few of his verses.