Some of the Weirdest Things from Old Sears Catalogs

Back in the old days, the Sears catalog functioned like the Amazon of its day. You could buy almost anything from the catalog and have it shipped out to you. This was extremely useful for rural families and those on a budget as the prices were fairly competitive. Everything from snow boots to suspenders to oil lamps to kit houses and furnishings could be had through the Sears catalog around the dawn of the 20th century. Below is just a small selection of the stranger side of the Sears catalog. 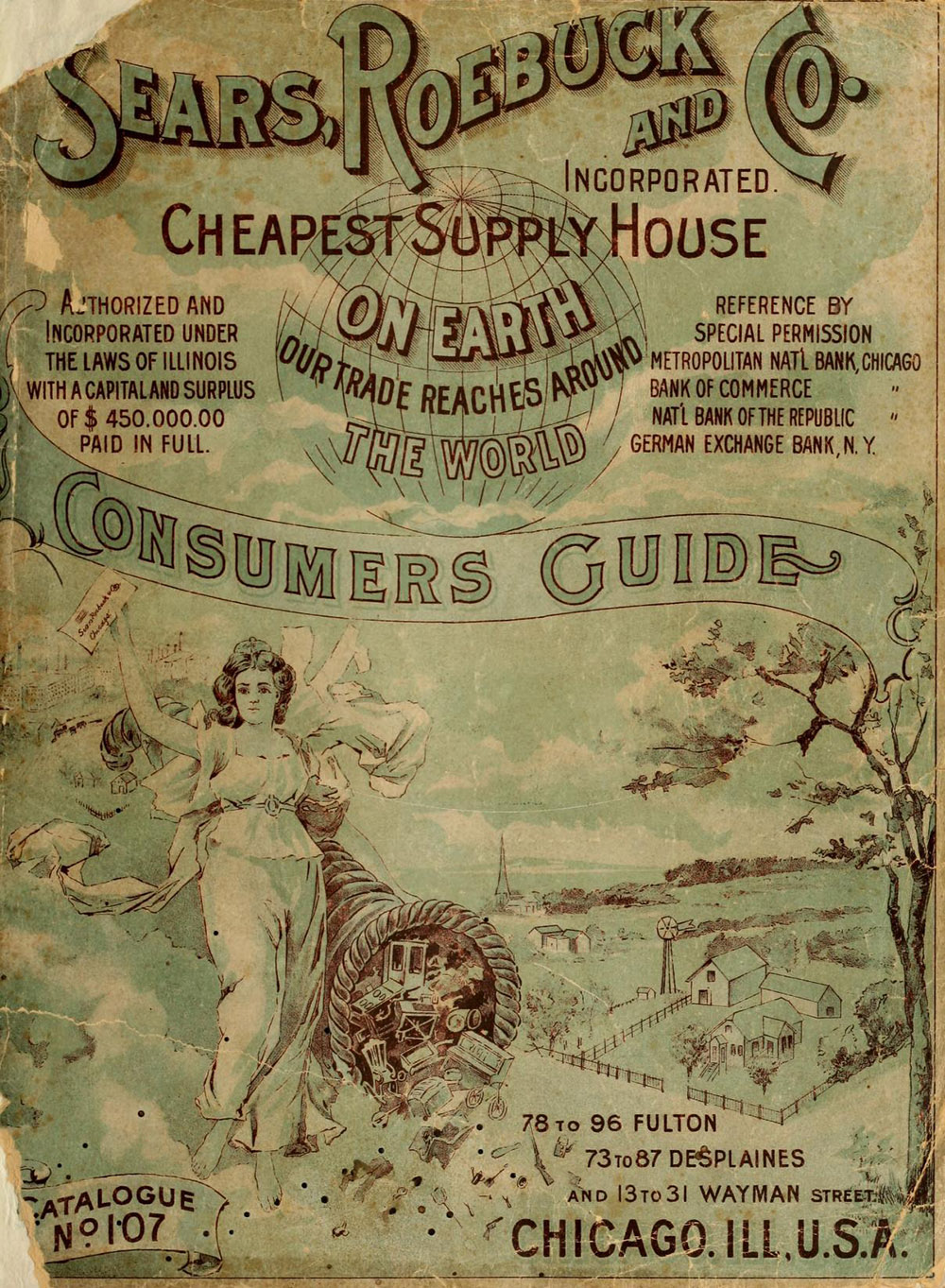 First up is a bottle of good old laudanum from the 1905 Sears catalog. At between only 8 and 25 cents per bottle depending on the size, the shipping on this stuff cost more than the product. Despite the cheap price, the effects of laudanum were unmistakeable and many people became hooked on this pain medication. Made from opium and liquor, laudanum packed a wallop,- yet it wasn’t until a few decades later that legislation was passed to change how opiates were supplied and used. 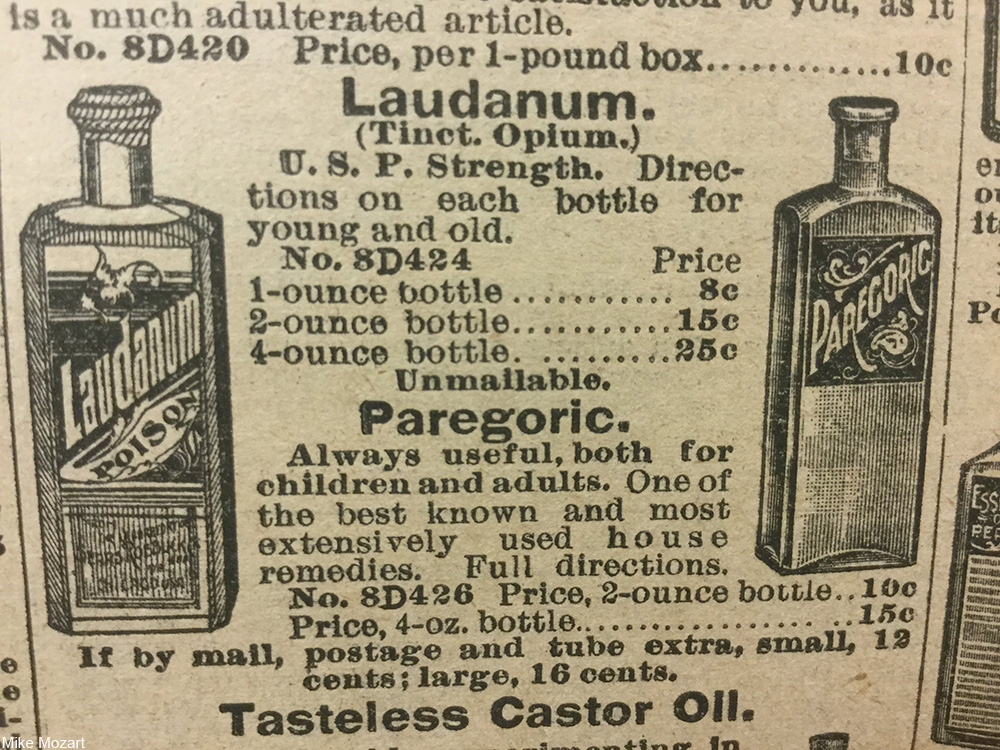 Because the FDA was years away sellers could market any number of “cures” and treatments for various ailments, some which weren’t even real! This tincture to treat “female weakness” was one of many nerve tonics on the market at the time. This one, Brown’s Vegetable Cure, claimed to treat nearly any “female” illness from stomach trouble to depression to an unsteady gait. That must have been some tonic! 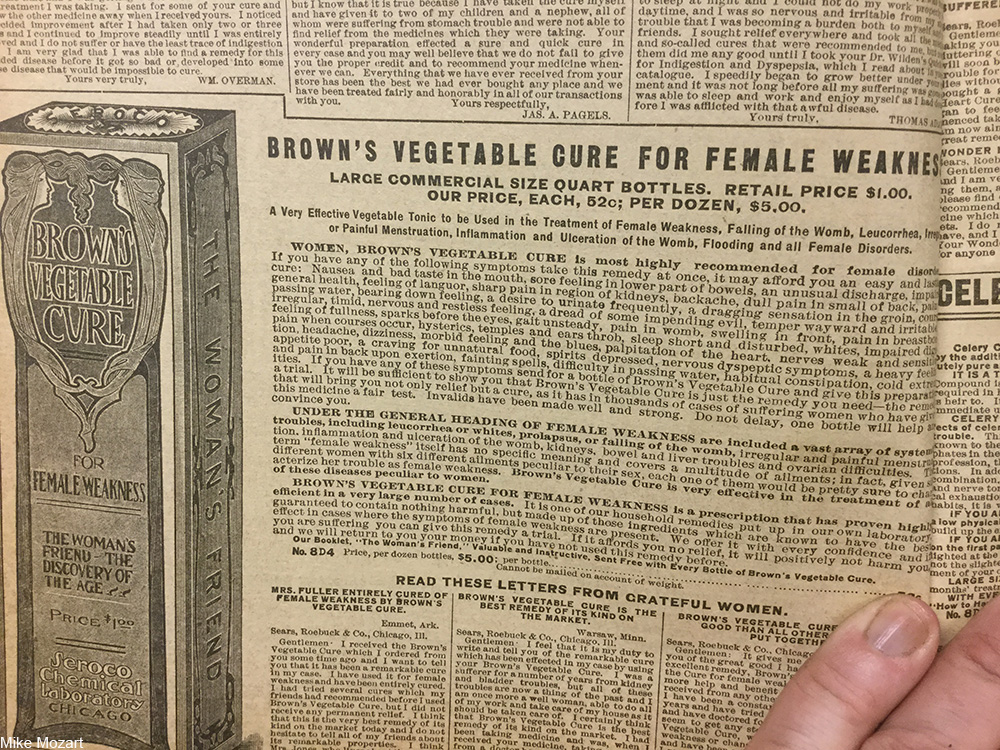 Not only did the 1902 Sears catalog contain pages and pages of pocket watches and pocket watch chains and fobs, but it also contained watchmaker’s tool sets. The catalog featured many starter kits for home and business and their selection of tools, even niche tools, was vast. 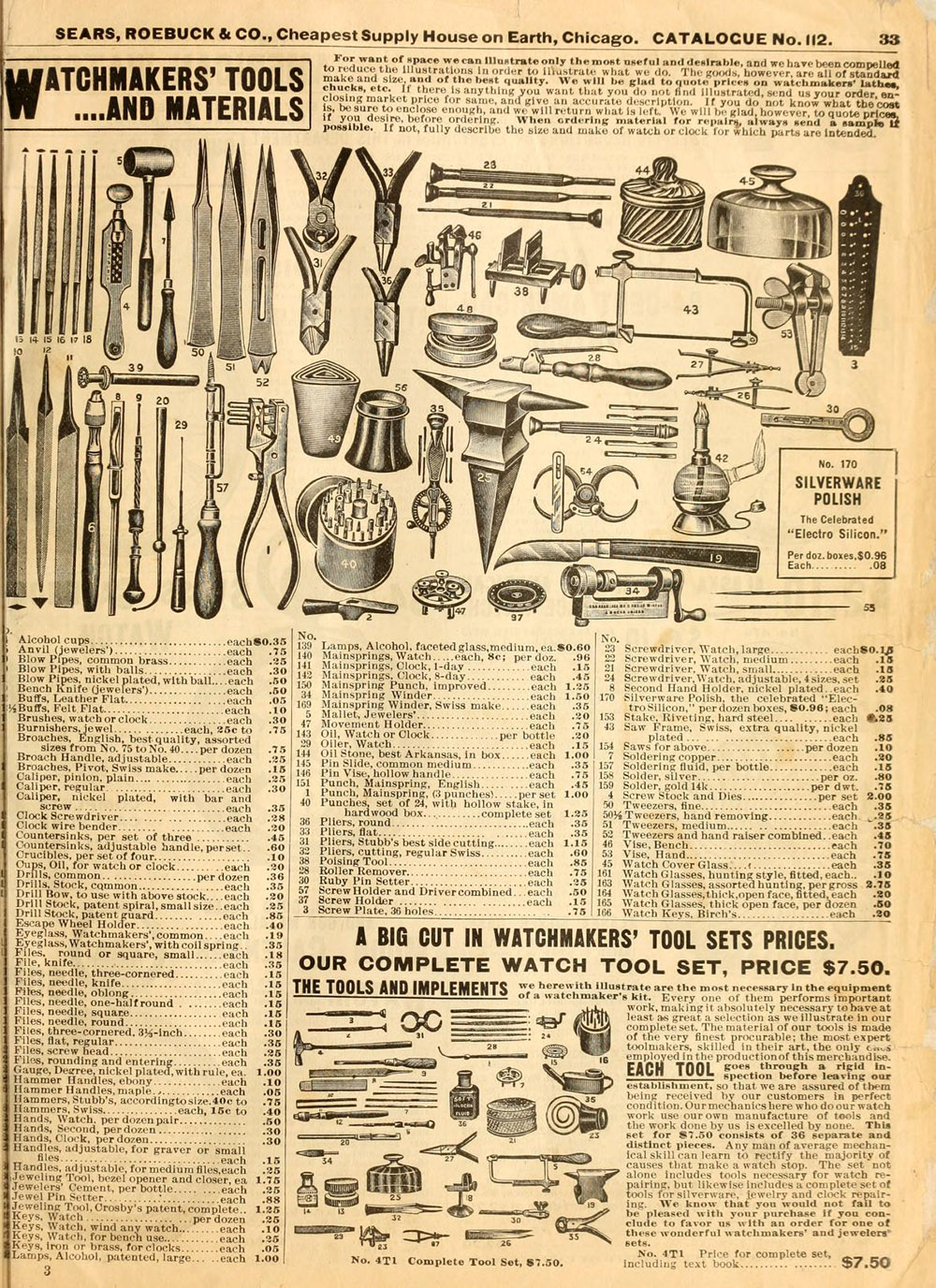 Farm equipment was also a mainstay of their sales and a catalog from the 1940s even sold live chicks. We have to wonder how many of them actually survived their long journey by train. 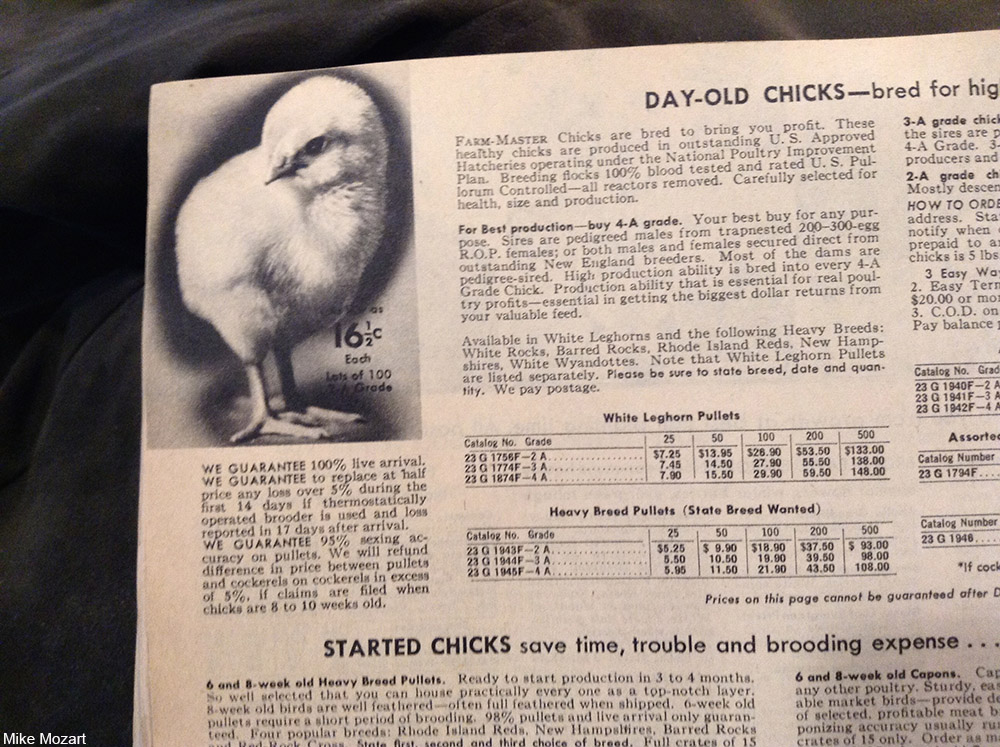 Ladies of the Edwardian era could order themselves some motoring scarfs for riding in cars, as the enclosed car was not yet the standard. We can’t help but see a resemblance to a bee keeper’s get up in these lace covering, though. 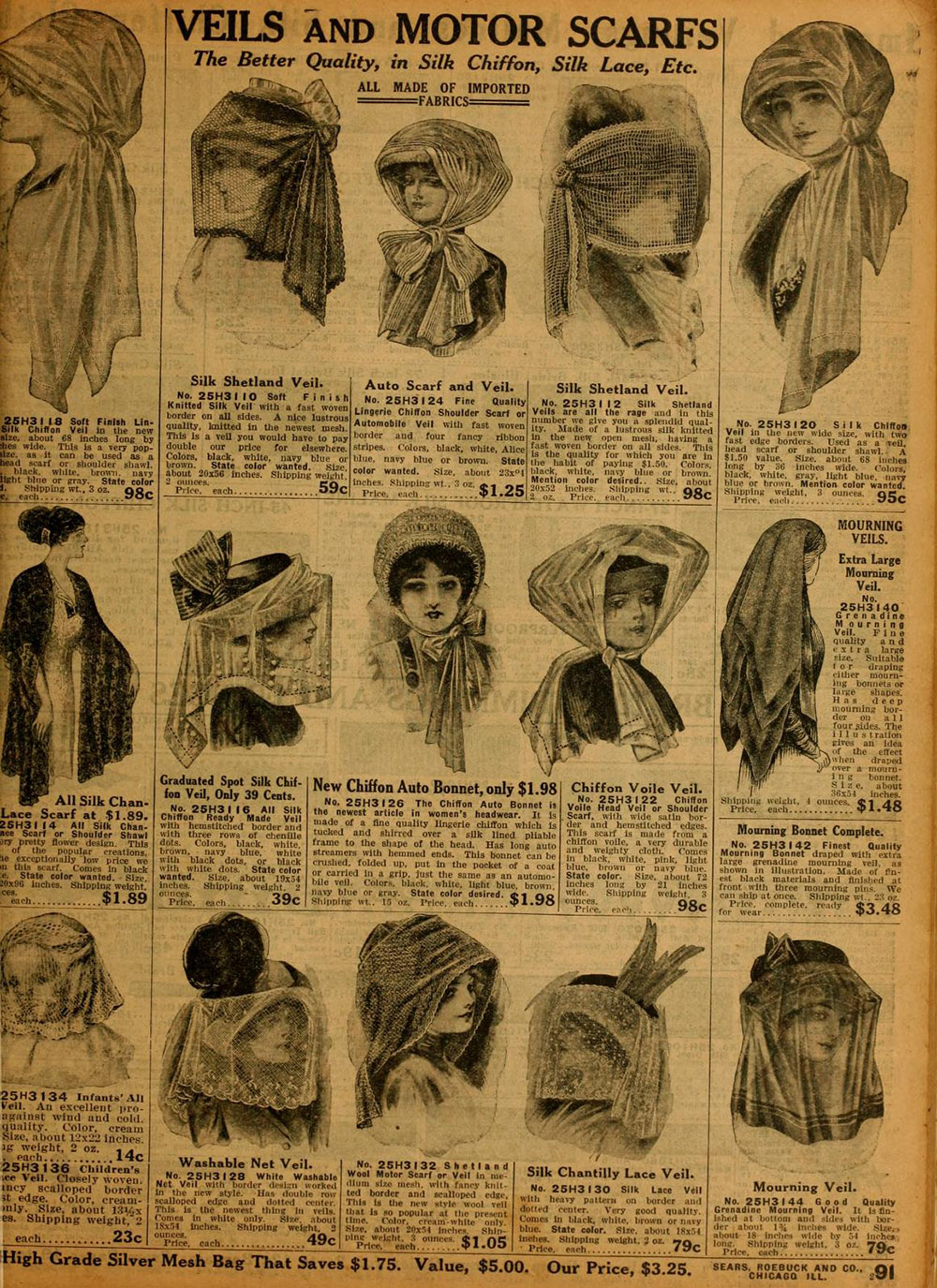 There was a time when the Sears catalog carried a full selection of wigs, extensions, toupees, and faux braids. Customers were charged for red, grey, or blonde hair products. 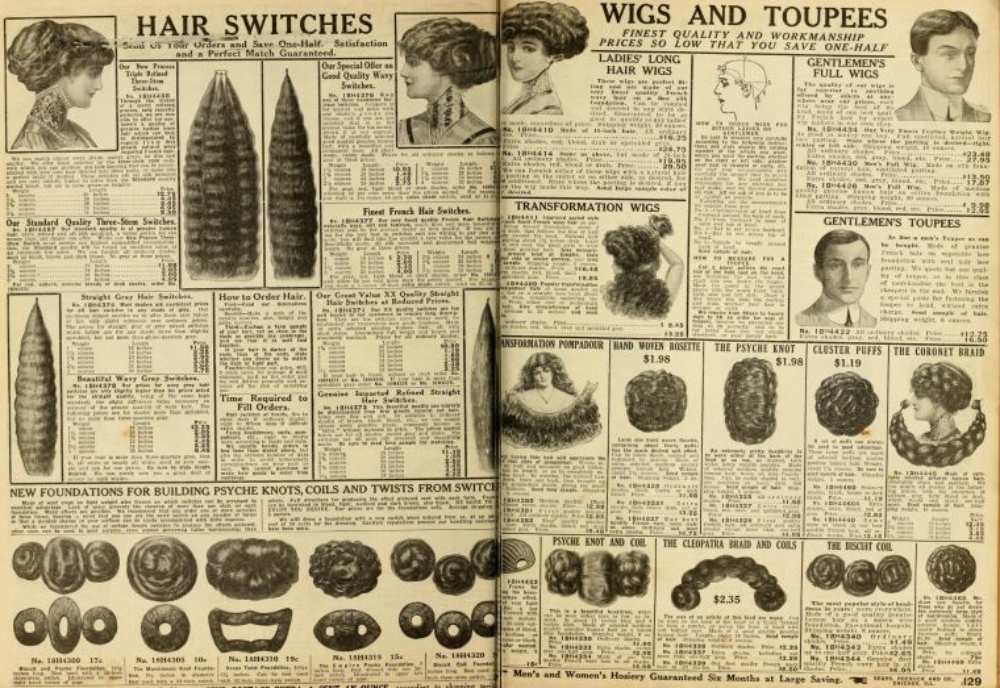 In the early 1900s women would order long john’s with silk-lined slit breast pockets. What an unusual design! 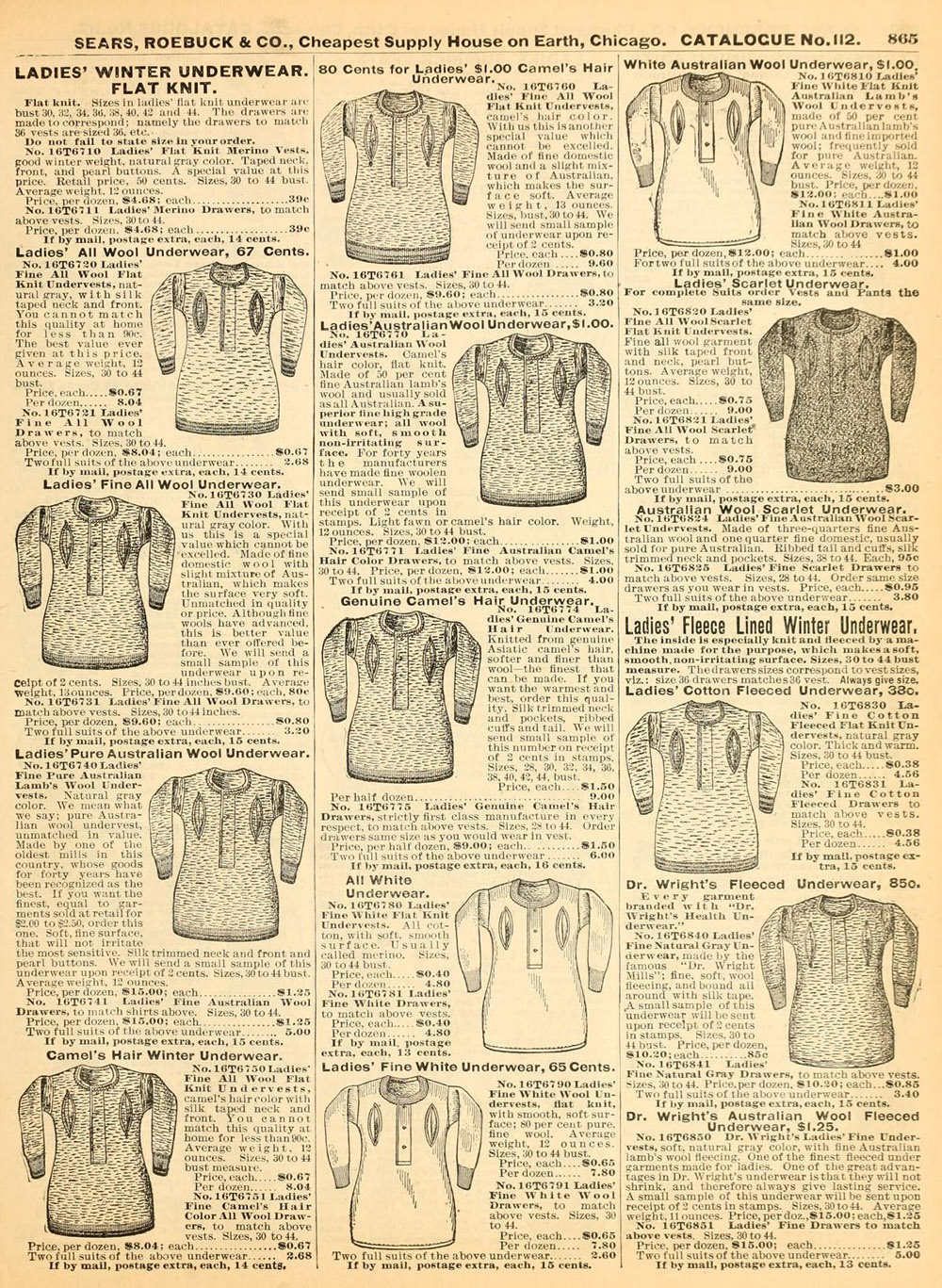 Sears once sold this three section pot which advertised that it only took one burner to make three things at once. We’re not sure if this would have saved money because that burner would have had to work three times as hard! This contraption only had one handle, which seems efficient on space, but perhaps trying on patience. 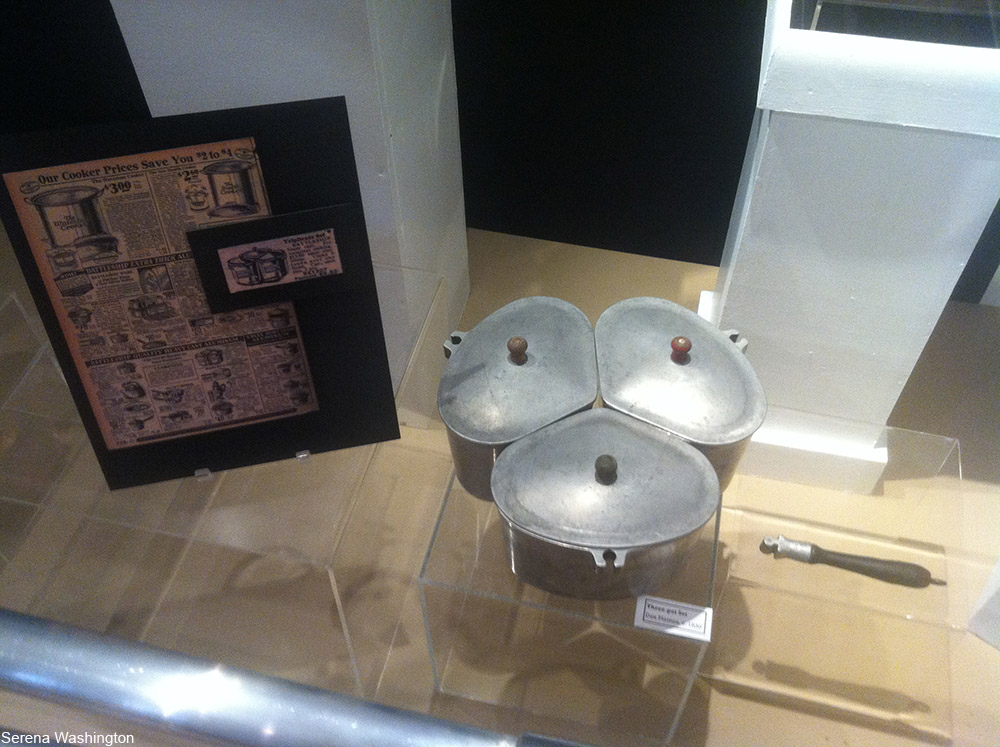 Finally we have the hand-painted Sears portrait. You sent in a photo and you’d get back a painted portrait – and your original photo of course. Prices on these paintings ranged from $27.95 all the way up to $67.95. That was some serious change in 1961, but no doubt many families thought it was entirely worth it. 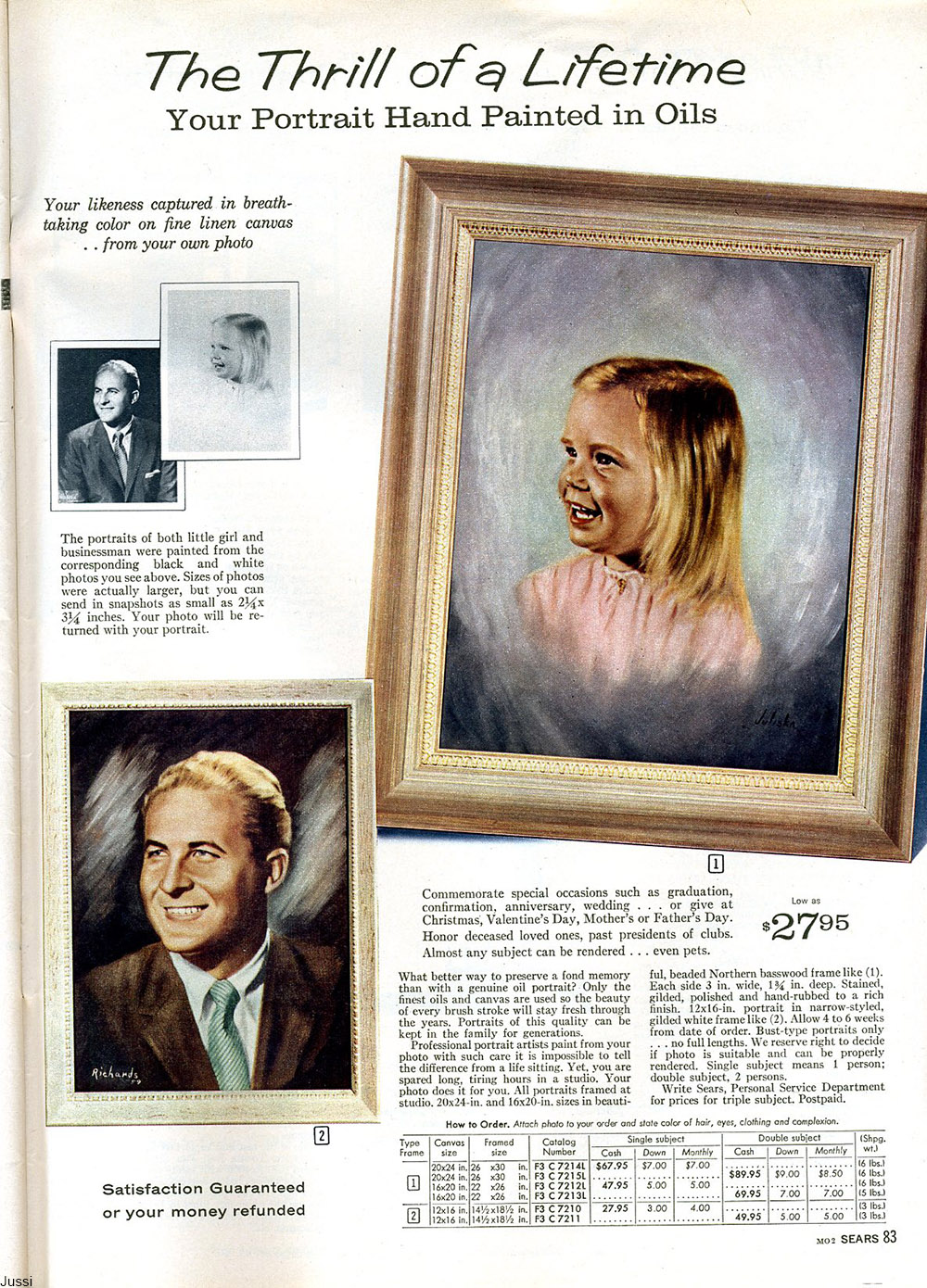 The takeaway here is that if you come across an old Sears catalog, don’t let it get away. You’re bound to find some weird and wonderful products in there!