The Real Story Behind the Iconic “Migrant Mother” Photograph

In March of 1936, a woman named Florence Owens Thompson was traveling north from Los Angeles with her husband and their seven children. They had just finished a job picking beets and heard rumor of a lettuce farm that was hiring in the Pajaro Valley. On the road, their timing belt snapped and they managed to coast to a nearby pea farm where they set up a temporary camp.

Young photographer Dorothea Lange caught wind that earlier in the month, 2,000 migrant workers had arrived at that farm only to find out that the crop had been destroyed by freezing rain. She drove up to the camp and came across Mrs. Thompson. The result is the iconic “Migrant Mother” photo below, and we wanted to give you the story behind it. 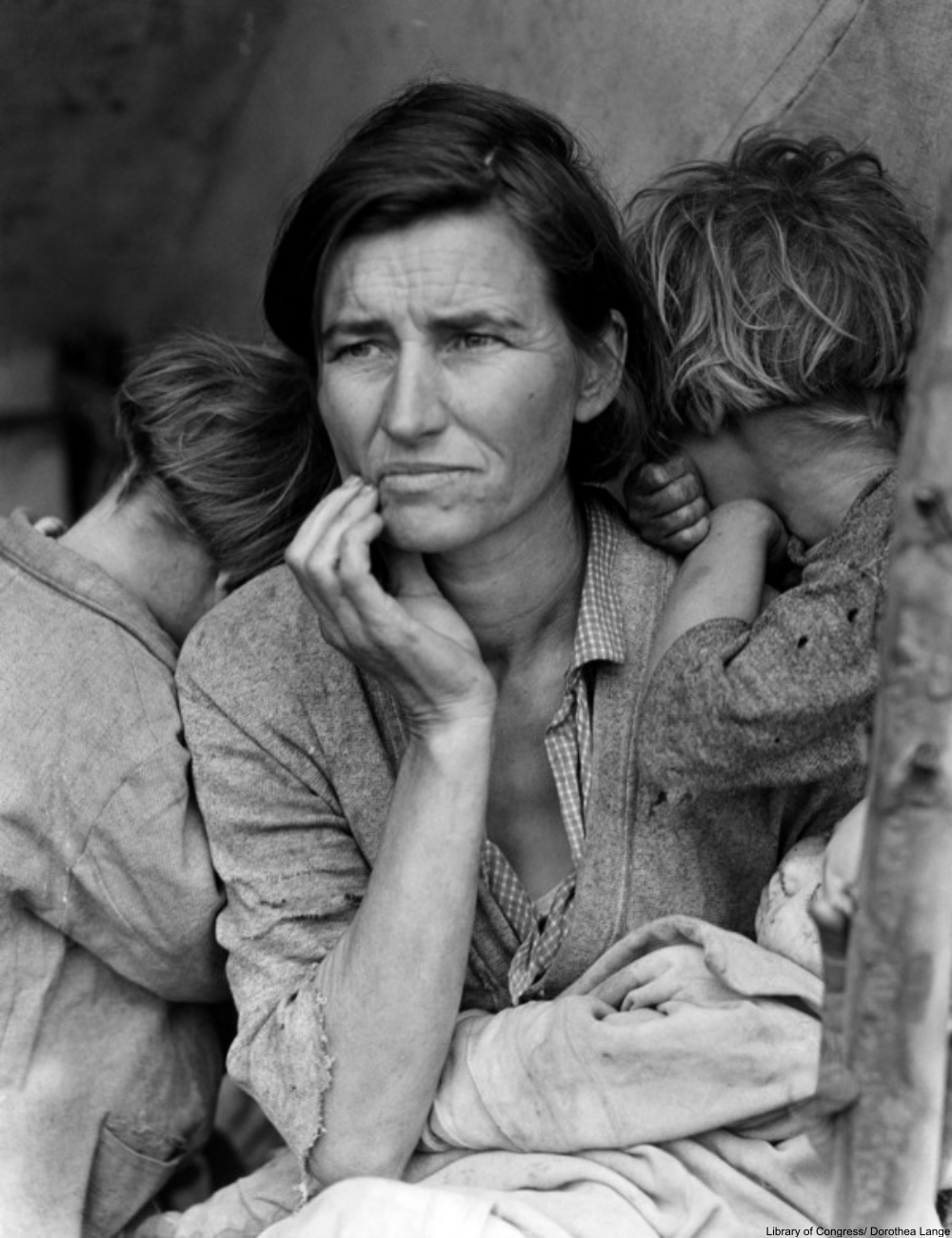 Over the course of the next 10 minutes, Lange would take six photos of Mrs. Thompson and her family. Her field notes read: “Seven hungry children. Father is native Californian. Destitute in pea pickers’ camp…because of failure of the early pea crop. These people had just sold their tires to buy food.”

Lange would later write of the encounter: “I did not ask her name or her history. She told me her age, that she was 32. She said that they had been living on frozen vegetables from the surrounding fields and birds that the children killed…” 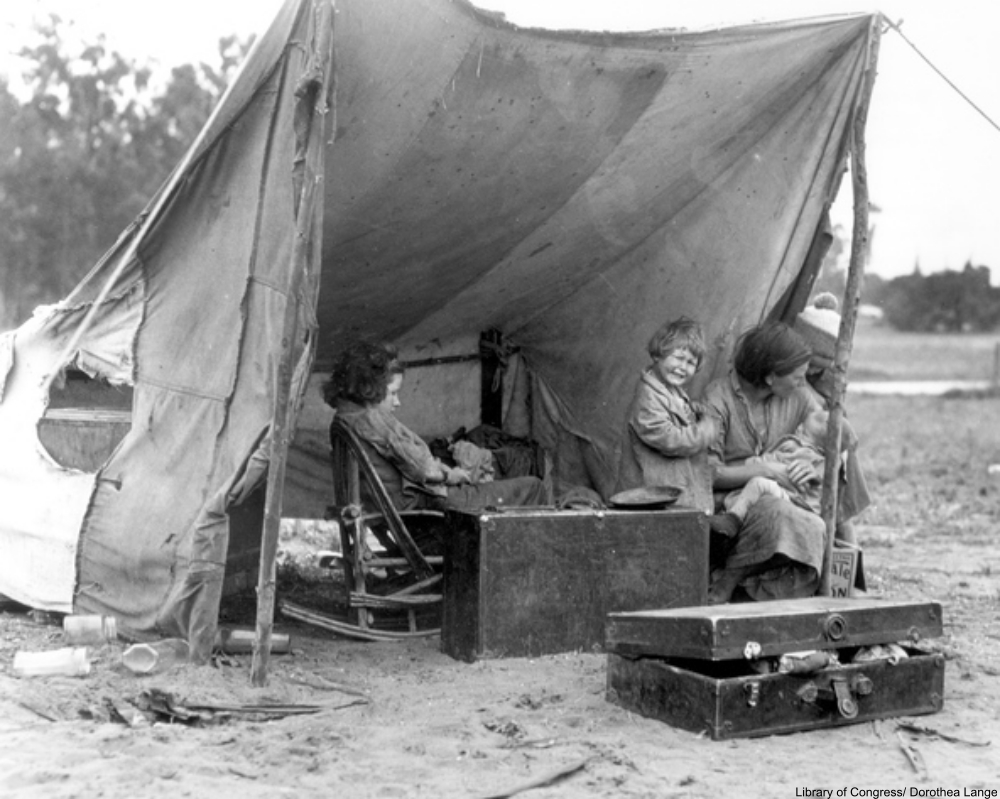 Thompson and three of her children at their temporary camp. People in their situation became experts at making shelters out of what they had. Via/ Library of Congress

The next day, Lange sent the photos to the San Francisco News and they immediately ran the now-iconic photo with a story that thousands of pea pickers were starving in Nimpono. The photo was circulated in newspapers across the nation and became a symbol for strength in trying times. The government responded by sending 20,000 pounds of food to the camp, but Thompson and her family had moved on by the time it arrived. 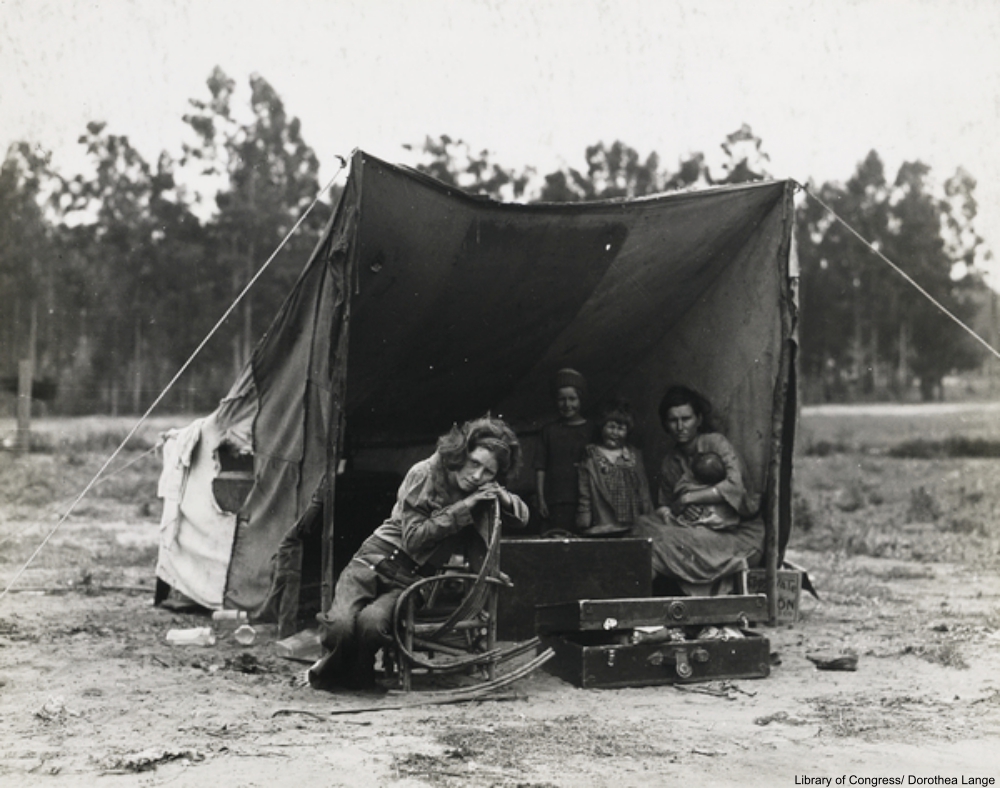 As you see can see, the family certainly didn’t have much, but they did manage to keep a wicker rocking chair with them on the journey! A rocking chair always helps. Via/ Library of Congress

The family would ultimately settle in Modesto, California, where Thompson kept her identity as the Migrant Mother a secret. At the time the photos were taken Thompson had 7 children and she would go on to have 3 more. A little known fact about the Migrant Mother- Thompson was born in 1903, part of the Cherokee who were displaced to Oklahoma (both of her parents claimed land rights as Native Americans). 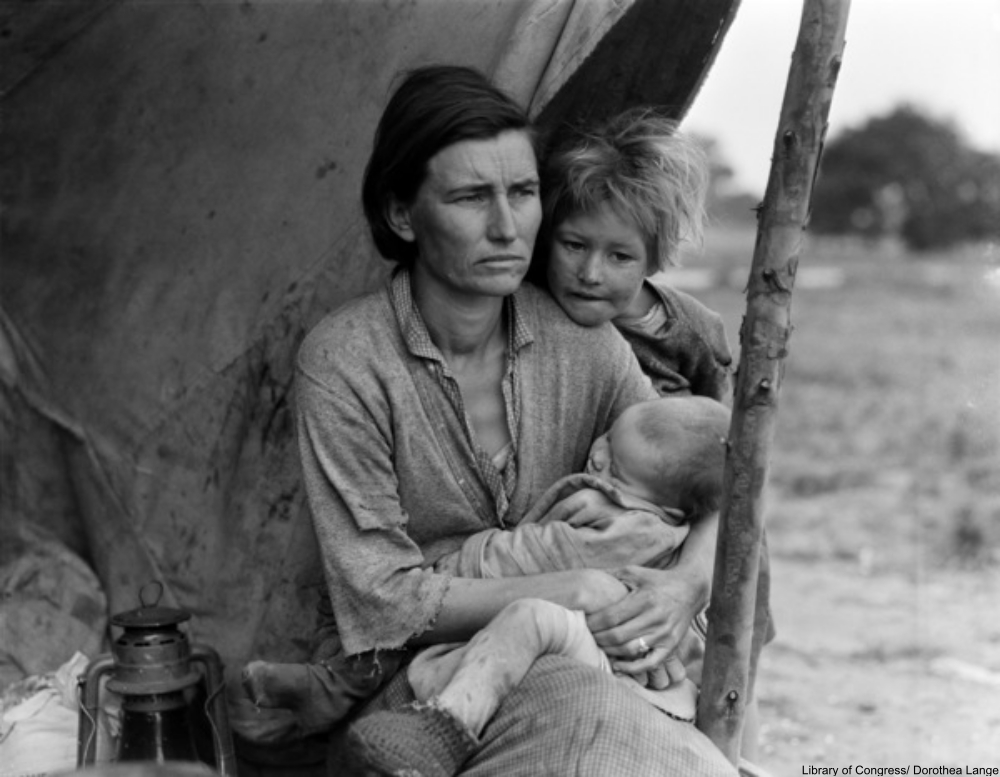 This is another portrait of Thompson and two of her children. Take note of the baby’s booties. They made due. Via/ Library of Congress

Acting on a tip in 1978, a reporter from the Modesto Bee visited a local mobile home park and recognized Thompson from the now 40-year old photo. Thompson fessed up and shared that she viewed the photo with mixed emotions. On one hand, she was happy it brought attention and support to the area, but on the other, she never profited from the photo. To her, it was more of a reminder of how bad things got and how she resolved to never be that poor again. Thompson worked whatever jobs she could find after the Depression, doing whatever she could to feed her kids

But, Lange earned great recognition for her work and later received a Guggenheim fellowship based on the popularity and poignancy of the most famous of the Migrant Mother photographs. 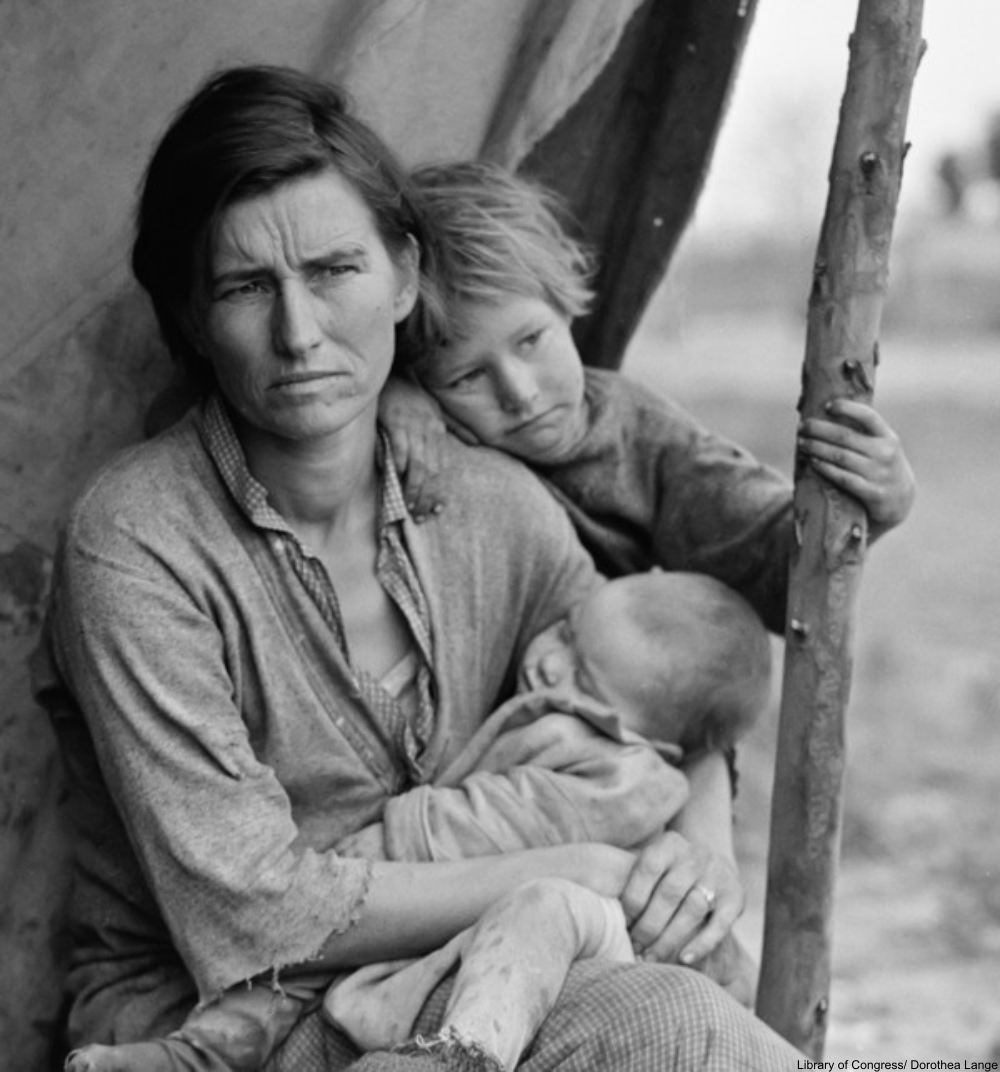 This last photo is particularly poignant. Mrs. Thompson was only 32 years old at the time, but she looks much older. And, you can see how tattered and worn their clothes are. It was a hard, harsh life for them, and Thompson’s children later recalled how poor they were, how they picked crops with their mother, and how the experience of growing up so poor affected their lives.

Florence Owens Thompson died in 1983 at 80 years of age, having lived an anonymous life of hardship while simultaneously being one of the most famous faces in America.

Click here to see this historic photo & many others in glorious color through the magic of technology!