In the 1910s expeditions to far-off places were making big headlines. Explorers like Douglas Mawson and Ernest Shackleton set new world records and gathered valuable scientific data about places on Earth that few humans had ever set foot on before. 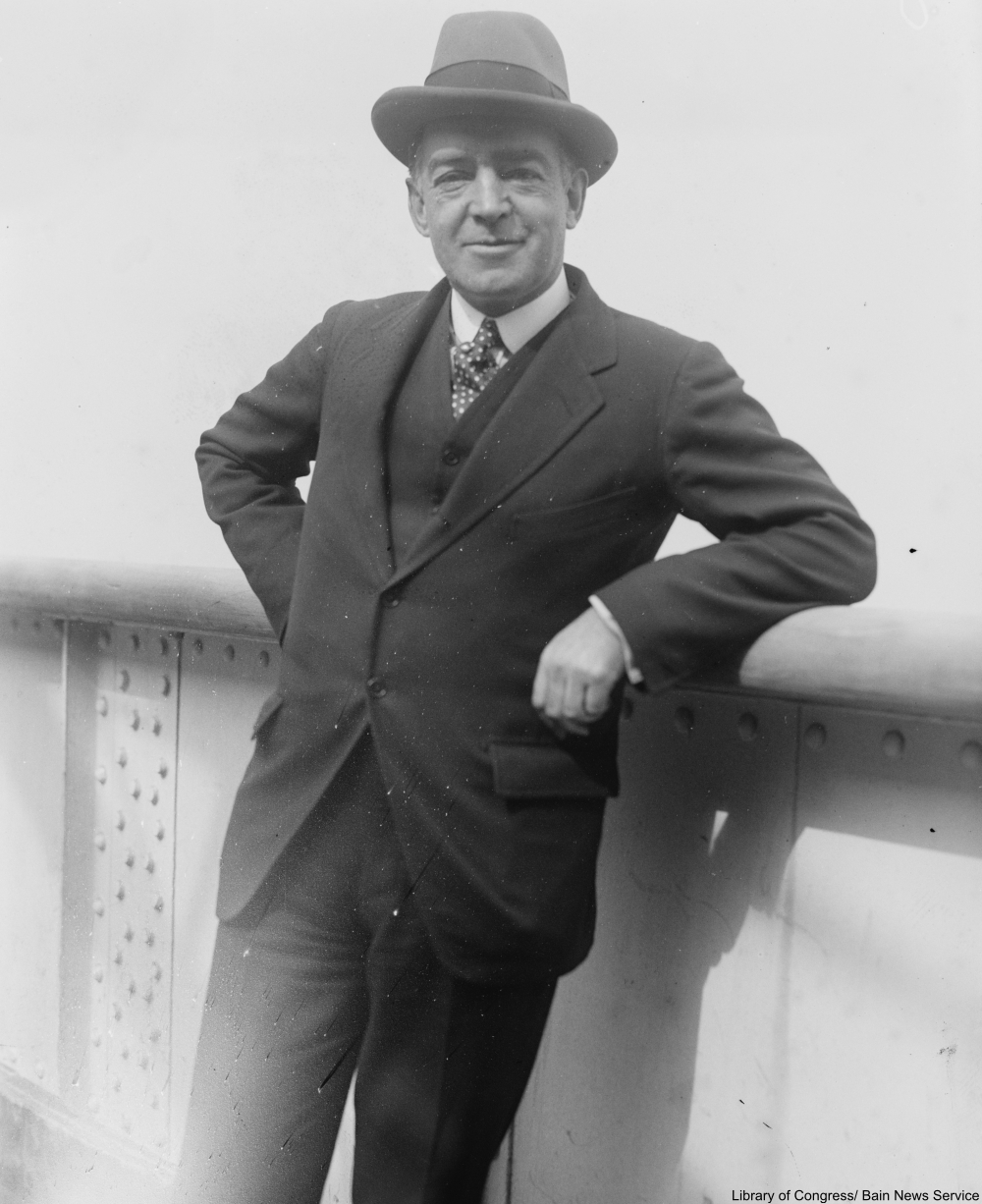 Ernest Shackleton around 1900. Via/ Library of Congress

The Imperial Trans-Antarctic Expedition was planned for 1914 and Frank Hurley, known for his relentless pursuit of the perfect angle, was the official expedition photographer for Ernest Shackleton’s expedition. When the group ran into trouble, Hurley snapped photos of it all. Have a look at Hurley’s awe-inspiring photographs below.

Endurance and The Expedition

The crew had set out from Plymouth, England, on August 1st, 1914, the same day that Germany declared war on Russia. The expedition intended to traverse the Atlantic and make it all the way to Antarctica without incident in a ship specially-designed to perform well in polar conditions. Endurance was made from wood, a vessel with reinforced joints made by expert shipbuilders to withstand icy shores and cold temperatures. But, the ice proved more than Endurance could handle. 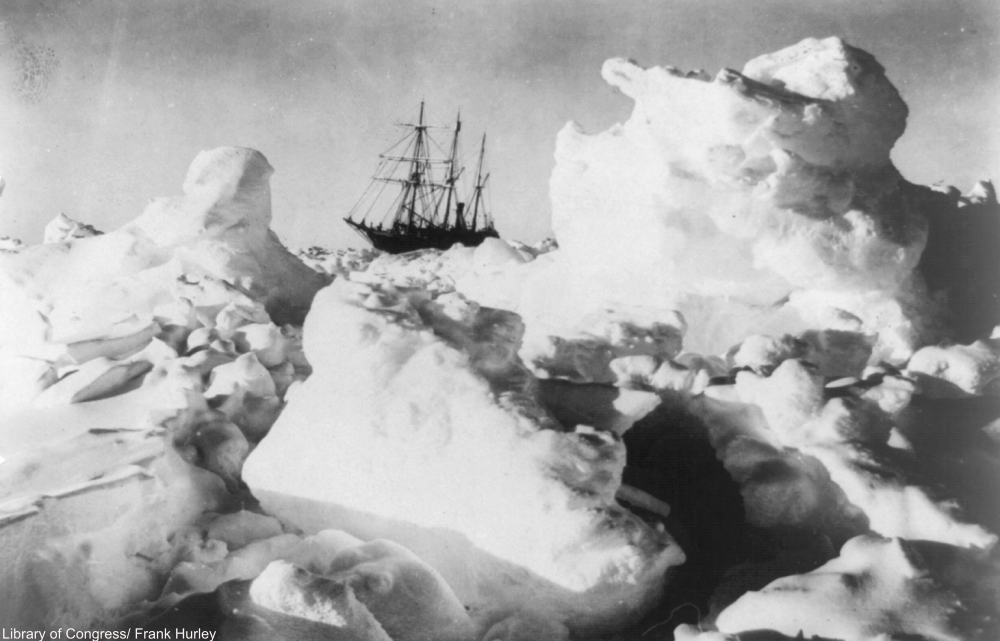 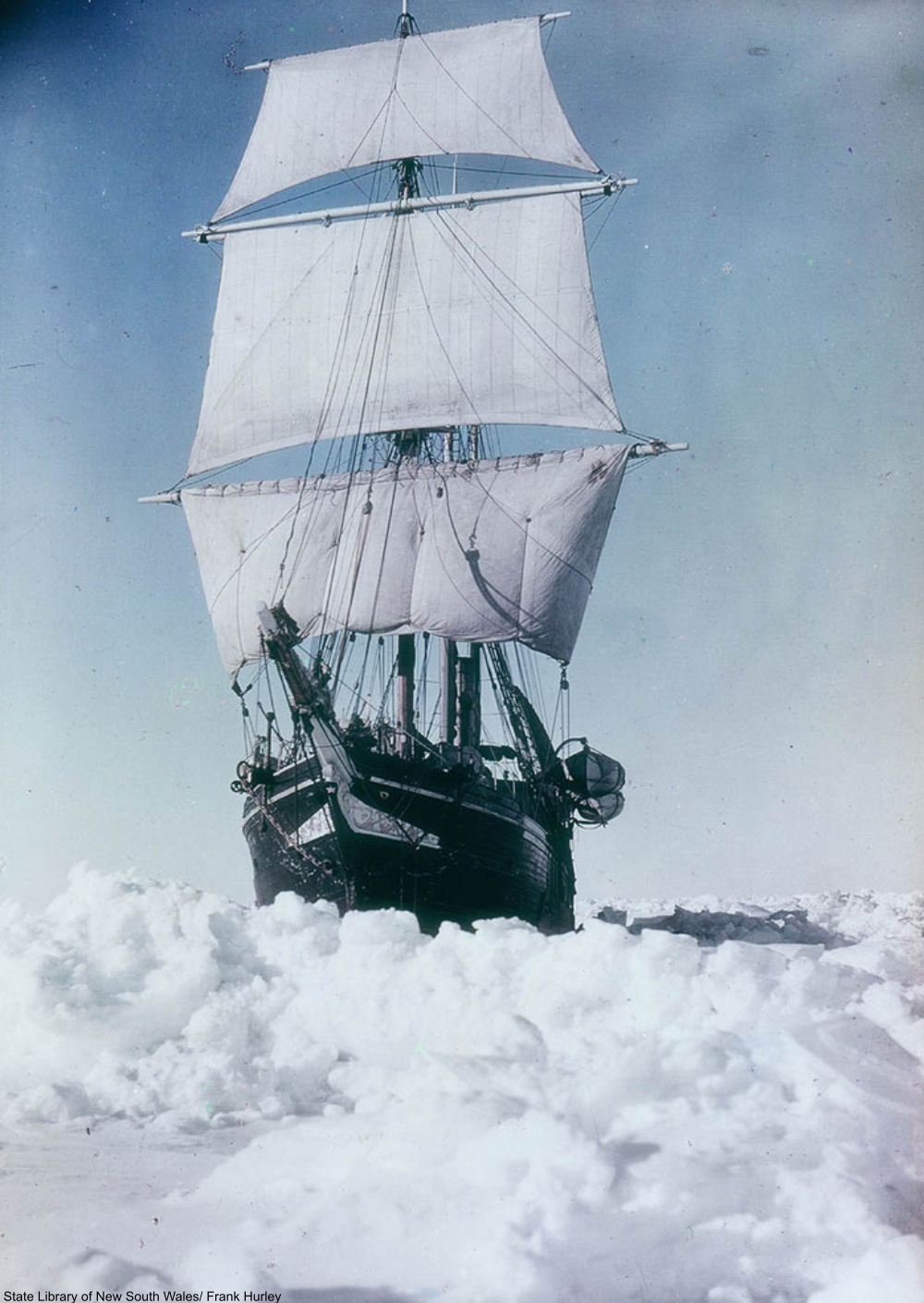 Hurley shot some of the images in color using the novel Paget process. Via/ State Library of New South Wales 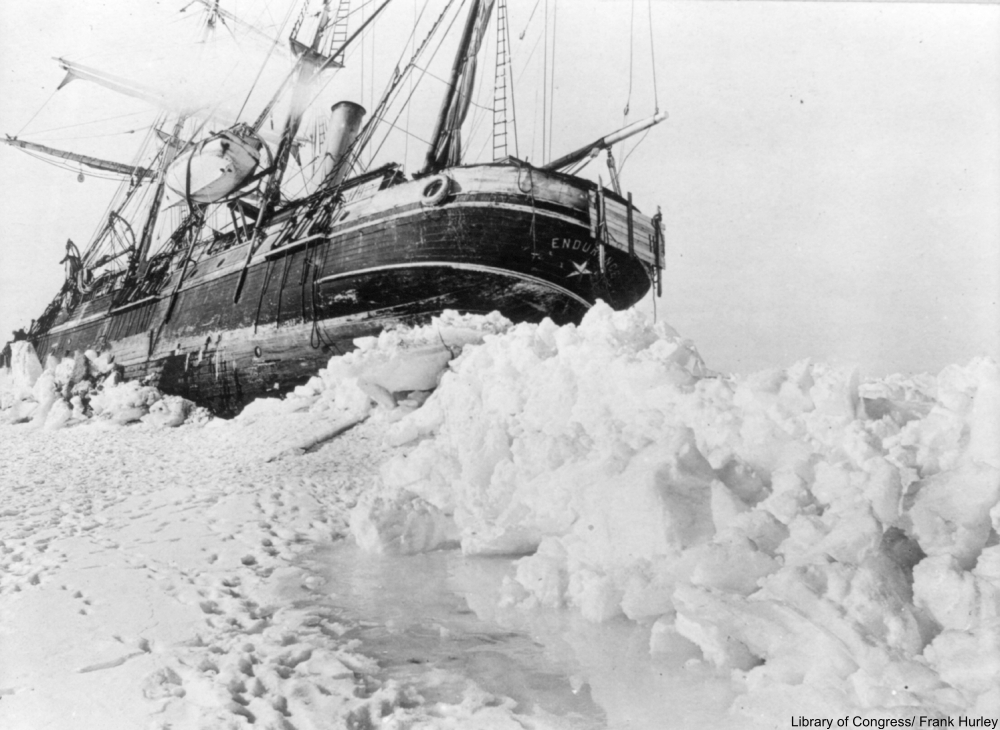 Endurance became lodged in the ice that covered the waters of the Weddell Sea and the crew was stuck in one spot for months. When water began to leak into the ship, they were left with no choice but to abandon her and head to the shore. Endurance sank on December 21st, 1915.

The group made for Elephant Island, so named for the elephant seals that frequent its shores. The expedition traveled for 7 days in rough waters in lifeboats to reach the shore. 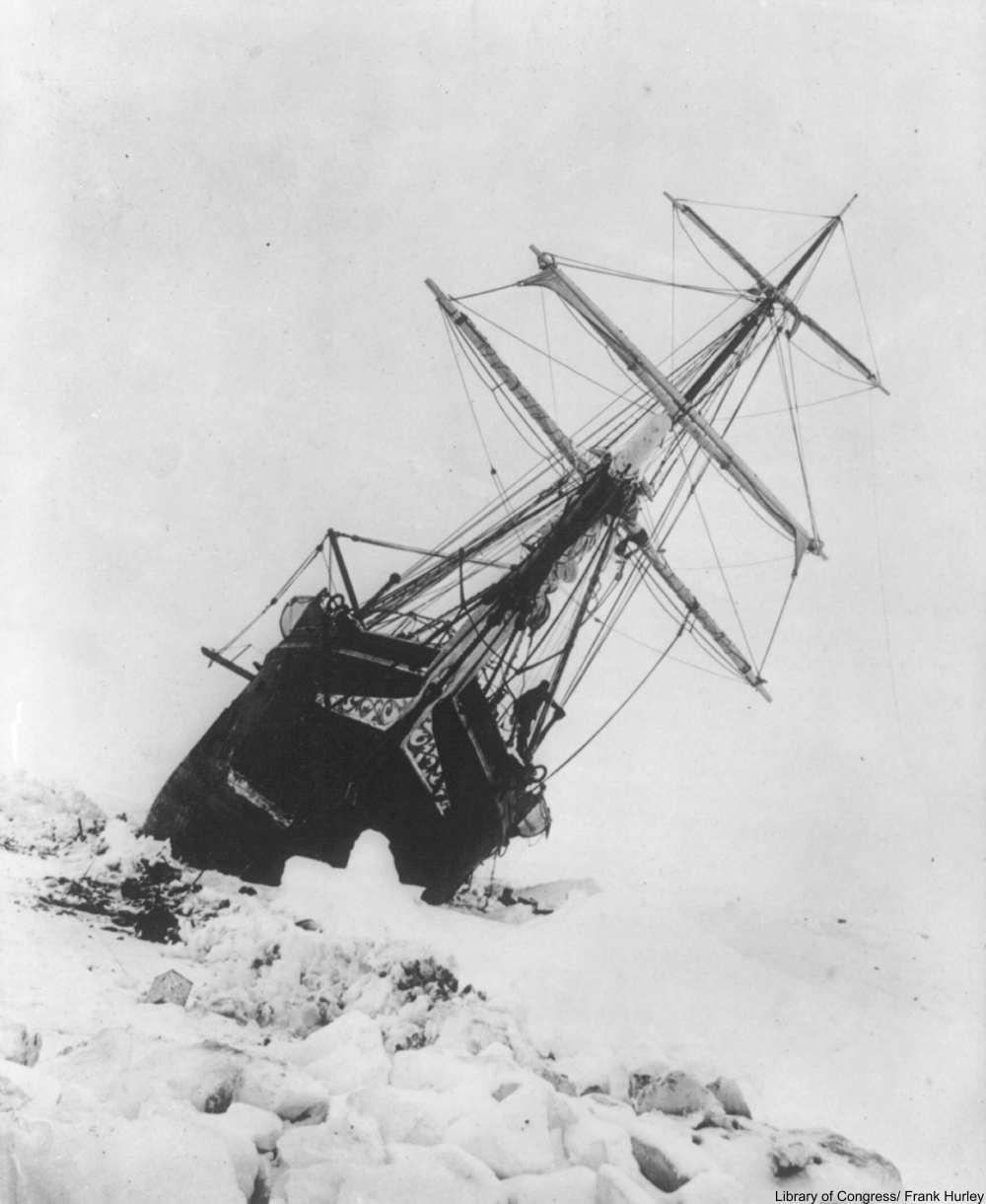 Those ashore at first attempted to live in a hole cut into the ice and snow. When this proved an inferior shelter, Frank Wild (second in command) built shelters from the lifeboats and some canvas material, which is probably what saved their lives. 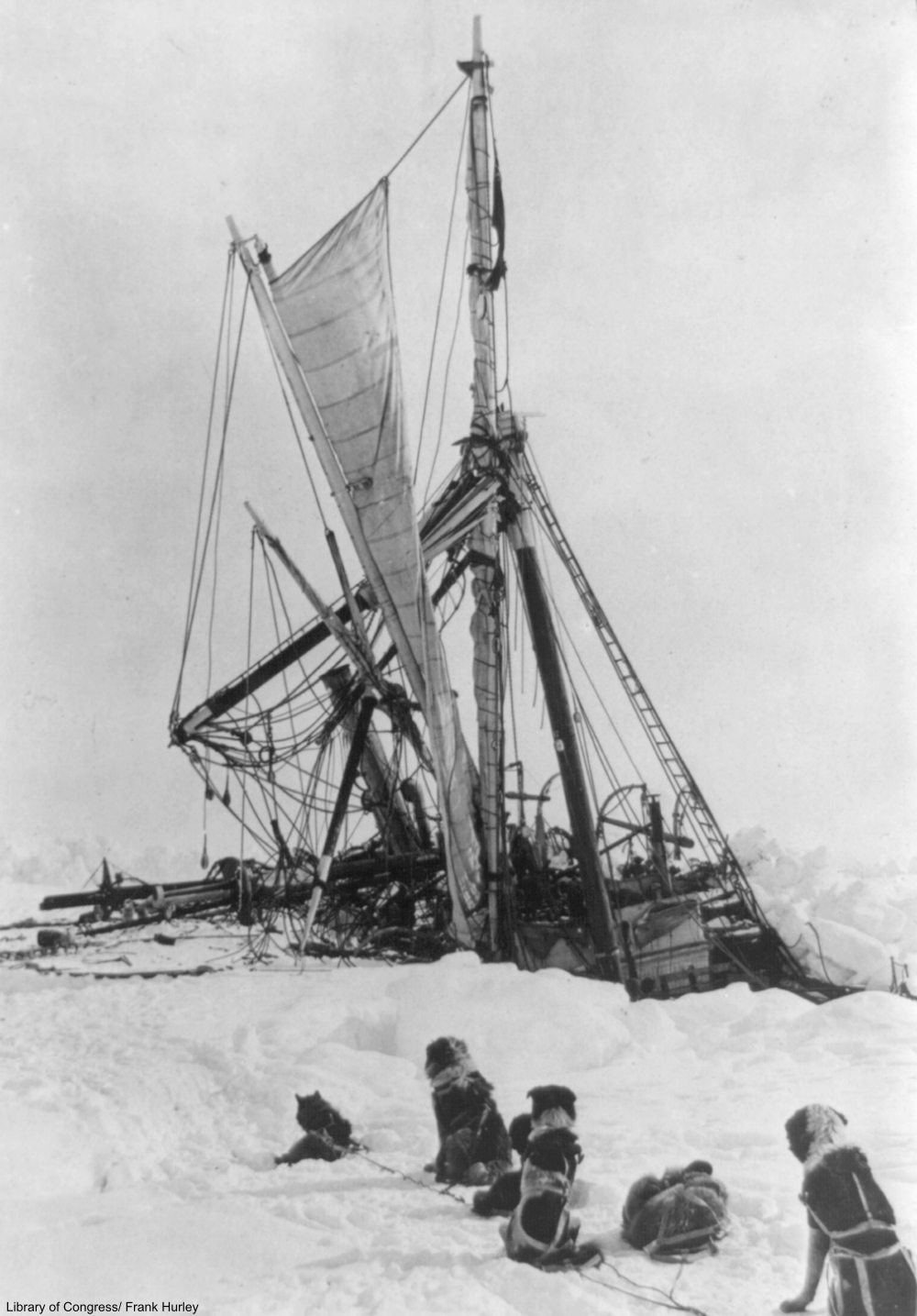 Hurley captured these scenes of the ship sinking into the frigid arctic waters. Via/ Library of Congress 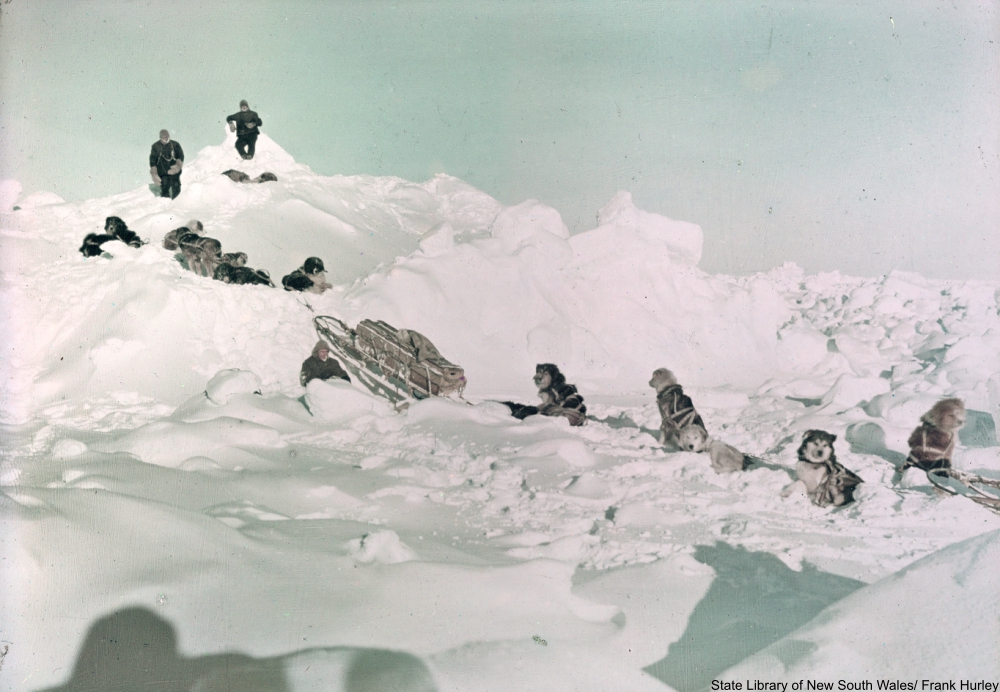 The crew sustained themselves by fishing and seal-hunting, though game was not plentiful. 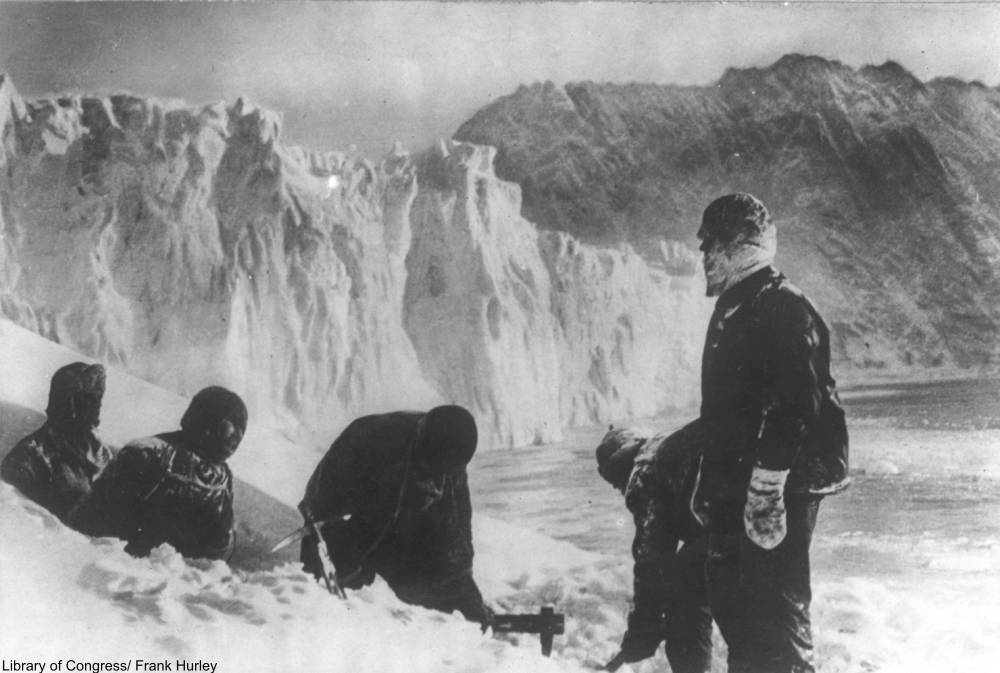 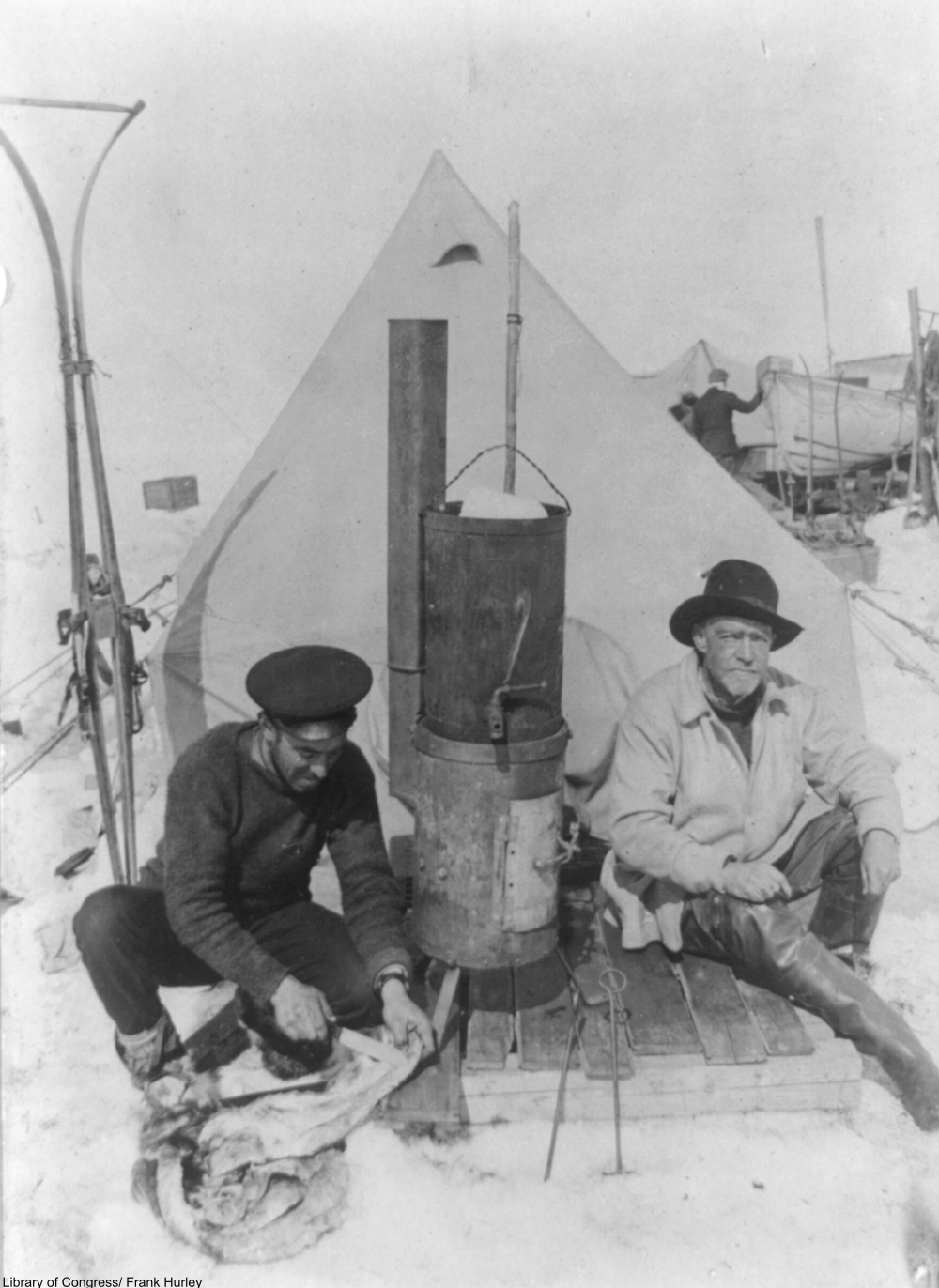 On the left is Frank Wild and on the right is Ernest Shackleton. Via/ Library of Congress

Click the “Next Page” button for more incredible photos and the story behind Shackleton’s rescue mission!