What Ever Happened to the Crown Jewels of the Romanov Family?

The murder of the Romanov family, the rulers of pre-revolution Russia, is a sordid part of history that leaves a lot of questions unanswered. One of the daughters of Czar Nicholas, Anastasia, was said to have escaped and lived into old age. This claim was all the more complicated by that fact that more than 100 women over the years came forward as the “true” princess- of course none of these people could be verified. The fact some of the family members’ bodies had been hidden and were only recently discovered had further added to this mystery.

So what happened to the immense wealth that the royals had accumulated before their executions? All of it, including the palaces, became property of the new Soviet state. But, some of the Romanov family jewels, said to be some of the finest in the world, mysteriously went missing after the revolution and to this day haven’t been found. 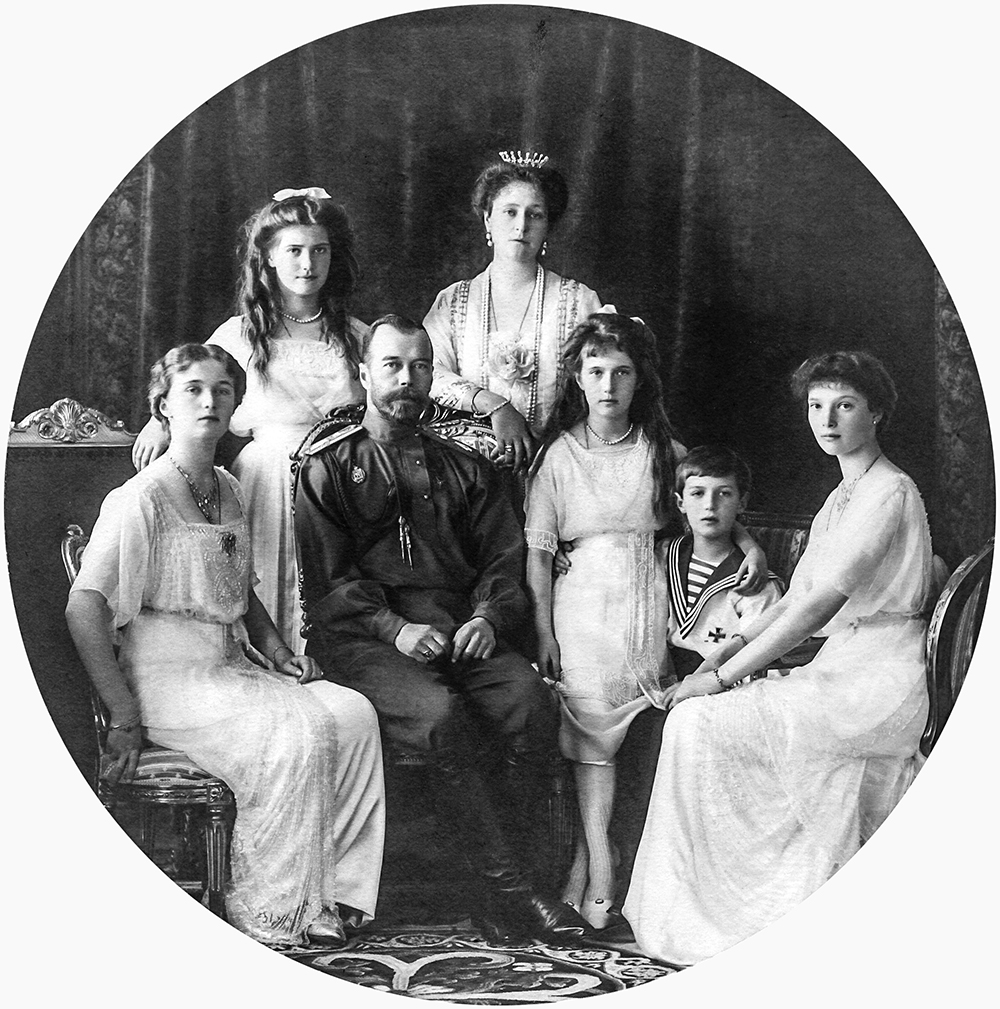 The Romanov jewels include elaborate diadems, necklaces, rings, crowns, brooches, medals, scepters, globes, and other items of personal and ceremonial finery. Many of these incredible gems were well-documented in a series of volumes published by the Soviet Union in the 1920s. The gems were later sold at Christie Manson and Woods Auction House (the precursor to Christie’s) in 1927 in a series of 124 lots, the money going back to the Soviet government.

At the time there was hot debate amongst the Soviet leadership about whether or not to sell the jewels. The money from their sale, some argued the workers. Still others wanted to keep the Diamond Fund (as it was known since the 18th century) as it was so historically significant. 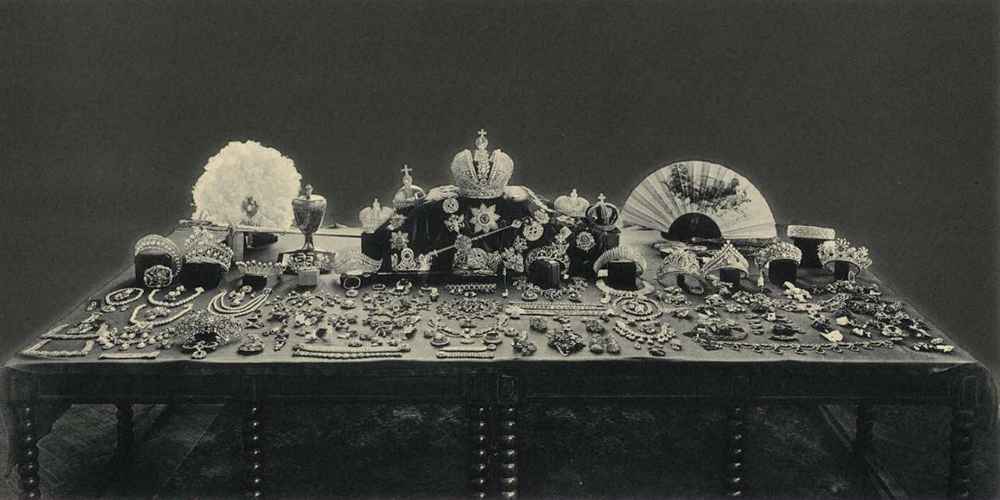 To this day a large portion of the jewels is held at the museums of the Kremlin. There are suspicions that some of the extended Romanov family who fled the revolution may have smuggled some of the jewels out and there are memos from the early days of the USSR that show how even the revolutionaries themselves were caught trying to ferret away some of the pieces for their own gain. 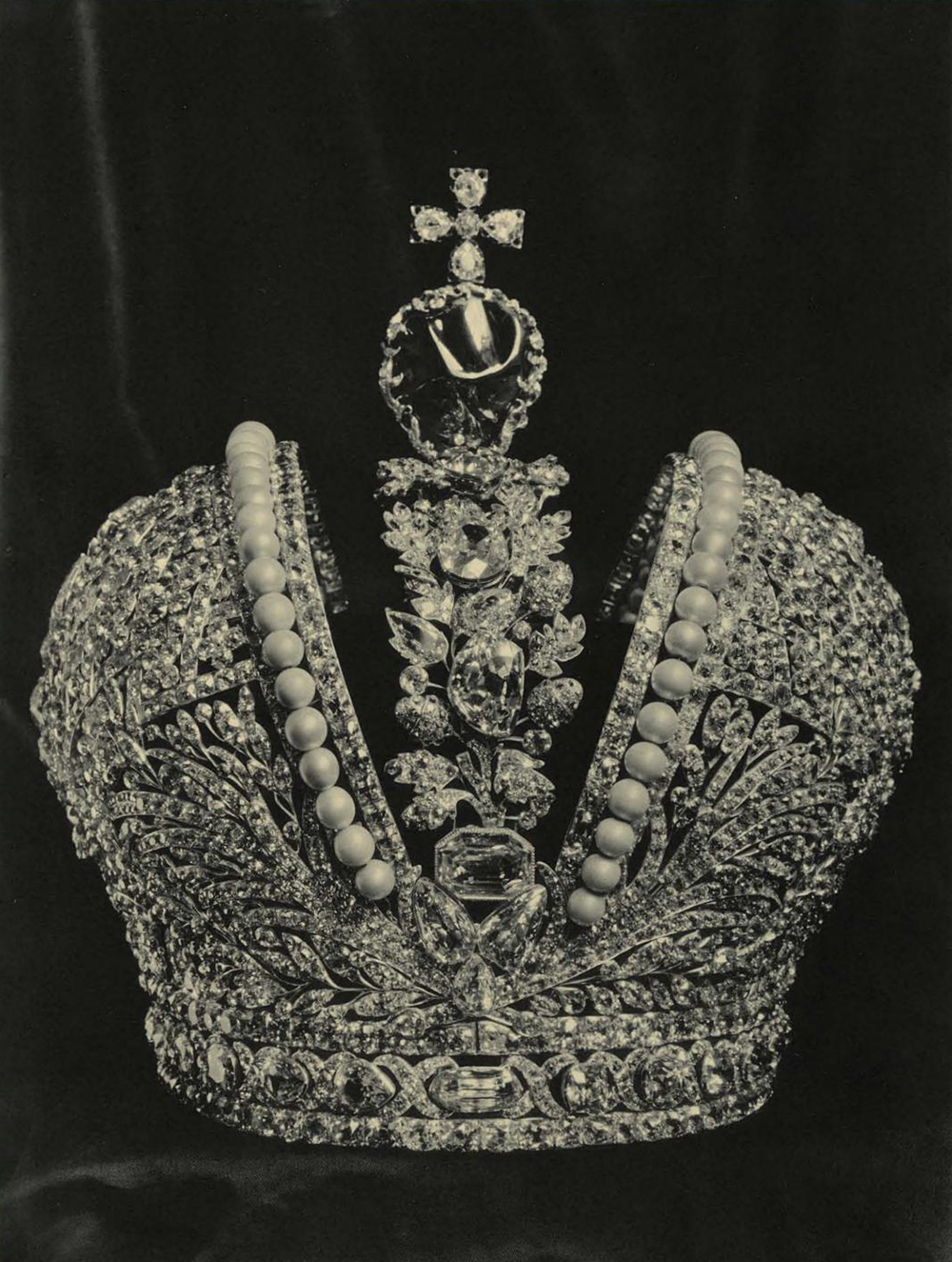 Some of the pieces were even disassembled and the stones sold off, completely obliterating the history of those jewelry items. The collection was amassed during the reign of the Romanovs, which stretched from 1613 to 1917 and included gems and artifacts obtained by Peter the Great, Catherine the Great, and Nicholas I.

A 1922 catalog of the pieces, Russia’s Treasure of Diamonds and Precious Stones, was made as a 4-part record of the gems then owned by the state, shows the vast collection in great detail. A later 1925 record shows 4 fewer pieces, one of which was found to have been later sold at the 1927 Christie’s auction. So that’s 3 valuable pieces that were lost track of. 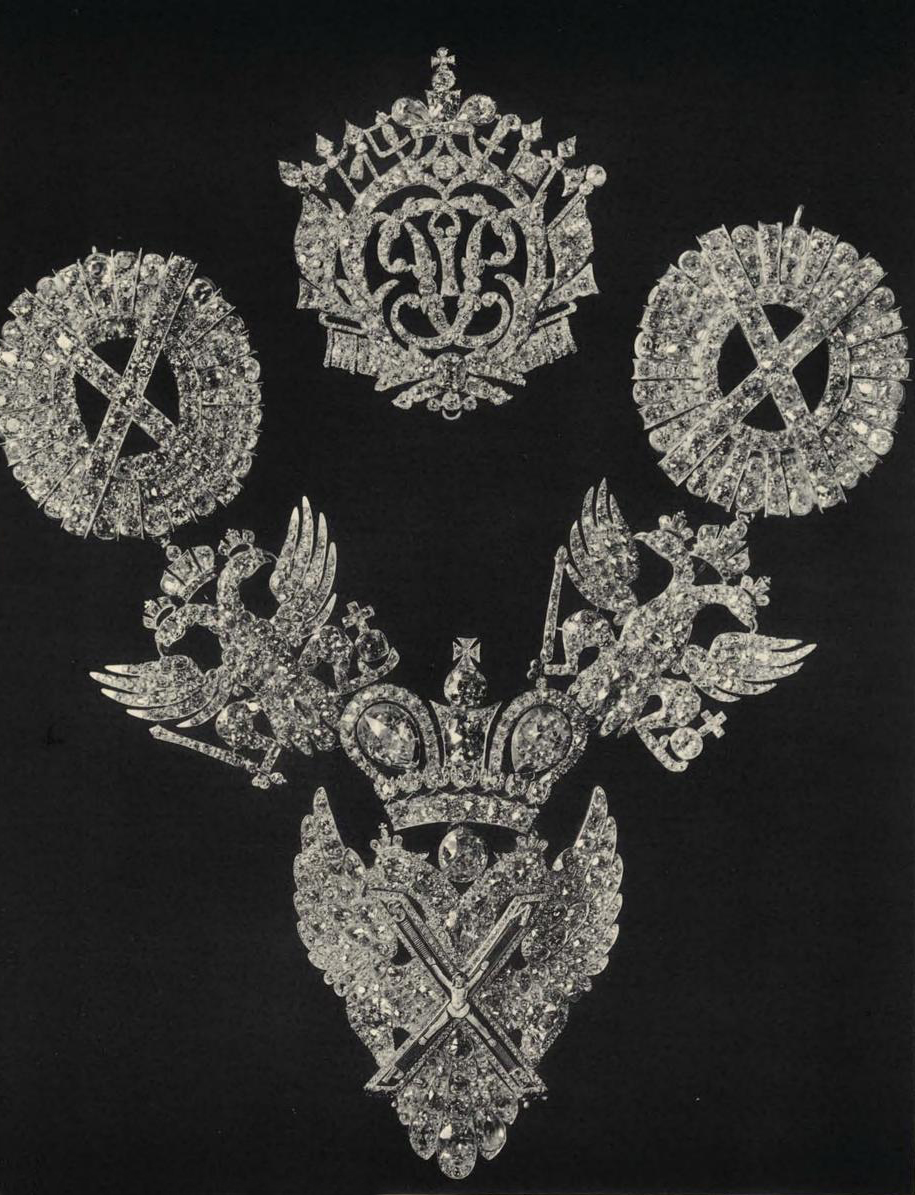 That one piece –Empress Alexandra’s nuptial crown studded with more than 1,500 diamonds- that was sold rather (rather than lost) is now in the collection of Hillwood Estate Museum and Gardens in Washington D.C. The nuptial set also included gem-encrusted robe clasps, bracelets, earrings, and other pieces of fine jewelry. 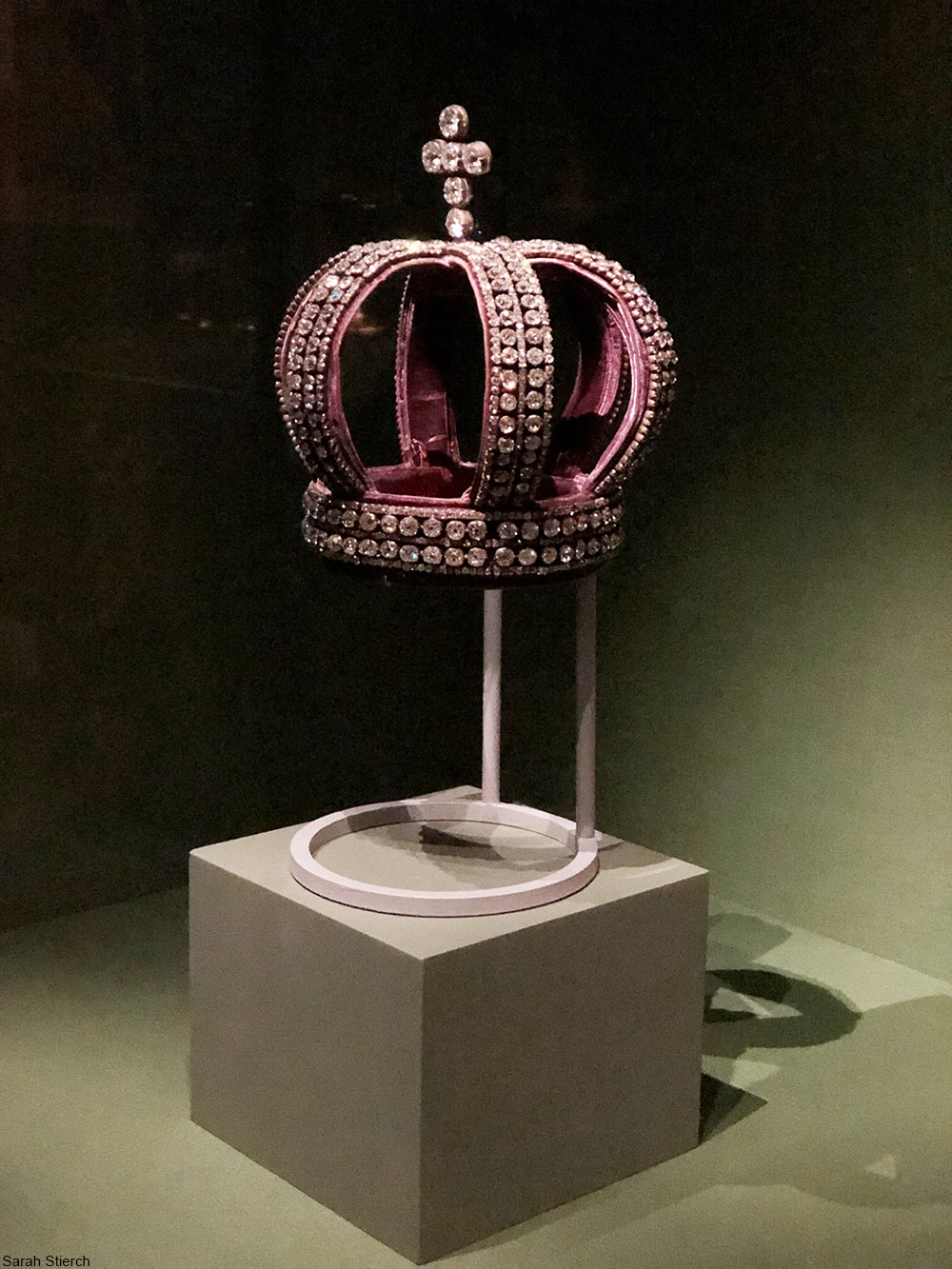 We may never know what happened to the missing pieces of the Romanov crown jewels. To have a few pieces of jewelry go missing in the midst of a world-changing revolution is no surprise. But, it does make you wonder who has them today and how much such a thing would be worth. In 2006 a large diamond bracelet from the original Diamond Fund was sold (again through Christie’s) for 311,200 Swiss francs, so certainly these are items that will only go up in value- both monetary and historical.