New research completed through a joint project between the University of Exeter and several Brazilian universities had uncovered a large network of sundial cities that date from between 1300-1700. Previous studies have often focused on one city at a time, but this most recent study used Lidar technology (Light Detection and Ranging) mounted to a helicopter to capture a bird’s eye view of the topography of the area, revealing a number of round cities previously unknown to researchers. 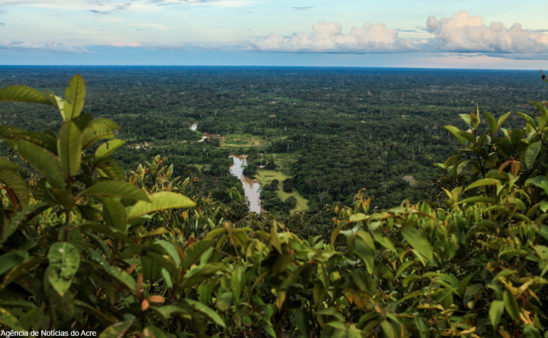 The area of Amazonia in question is in the Acre state (pronounced A-kri). The pre-Columbia settlements were created by mound-building societies that shaped the land to suit their purposes. In this case dozens of cardinally-oriented round villages or cities were molded by these people, complete with outwardly directed rays like the sun. These clock or sun dial cities, with the rays projected out, are known as “sóis”, Portuguese for “suns”.

The latest findings show the area as never seen before. A combination of satellite remote sensing and Lidar imaging now gives greater detail on the area, showing dozens of sites not previously known. The mound shapes are found in conjunction with geoglyphs or earth sculptures and both take extensive work to create. 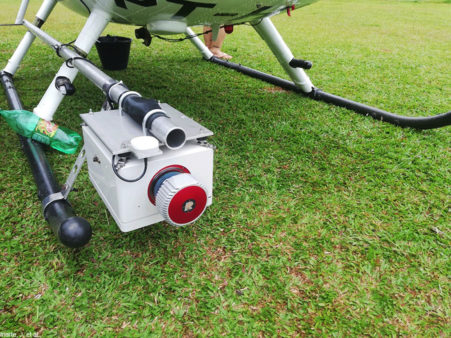 Via/ Journal of Computer Applications in Archaeology

In this case Lidar equipment was used to shoot billions of lasers to the ground, penetrating the thick thick forest canopy to reveal the lay land of the land underneath.

Along with the round mound villages the images also show square and oval mound formations, each enclosing a central plaza in the middle of town. The purposes of these cities has been debated based on the physical evidence (or lack thereof) found at the sites. For years it was assumed that mounded plazas and cities like these were used for public gatherings and ceremonies since domestic tools and other evidence of long-term human habitation were not found at some of these locations.

More recent excavations at sites like the Acre state mounds has revealed both signs of domestic life and funerary pots (large pots in which human remains were placed and then buried)- two finds which appear to be at odds with each other since graves in most societies are created in areas separate from main living areas. 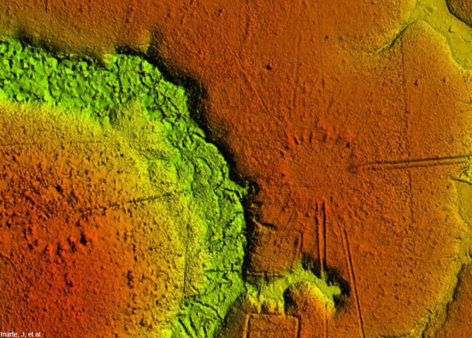 Via/ Journal of Computer Applications in Archaeology

Long ditches or roads connect many of the circular and square mounds and there are many of these mounds in the studied area. Prior to widespread deforestation of the Amazon forest beginning in the 1980s most experts assumed that the land in question was pristine and virtually untouched by man, a fact we now know to be incorrect since these large scale mounds indicate significant human populations living in what can be described as urban settings.

In all 25 round village geoglyphs were found, 11 square or rectangular ones, and 15 villages that were so badly decayed that it could not be determined what their original shapes had been. 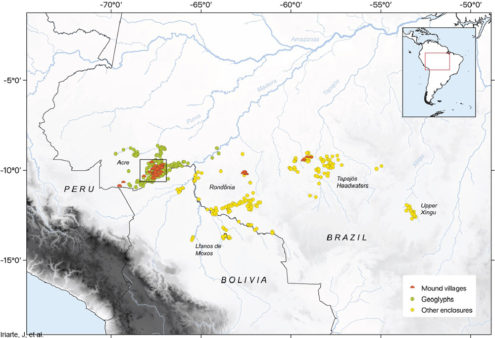 Map showing dispersal of geoglyphs and mound villages in Brazil and neighboring areas. Via/ Journal of Computer Applications in Archaeology

Previous research on ancient geoglyphs in Brazil determined their prevalence dropped when a dry period of weather came along, as revealed in ecological data. Mound village building appears to have also stopped at the same time, indicating the availability of freshwater as a potential determinant of human activity in the area.