Chuck wagon cooks, bachelors, and wives all had to be creative when it came to cooking on the frontier. Substitutions of all kinds were made so that the food would not only taste good, but that it would taste familiar. It was certainly worth the effort since we’re still using some of these recipes even today! 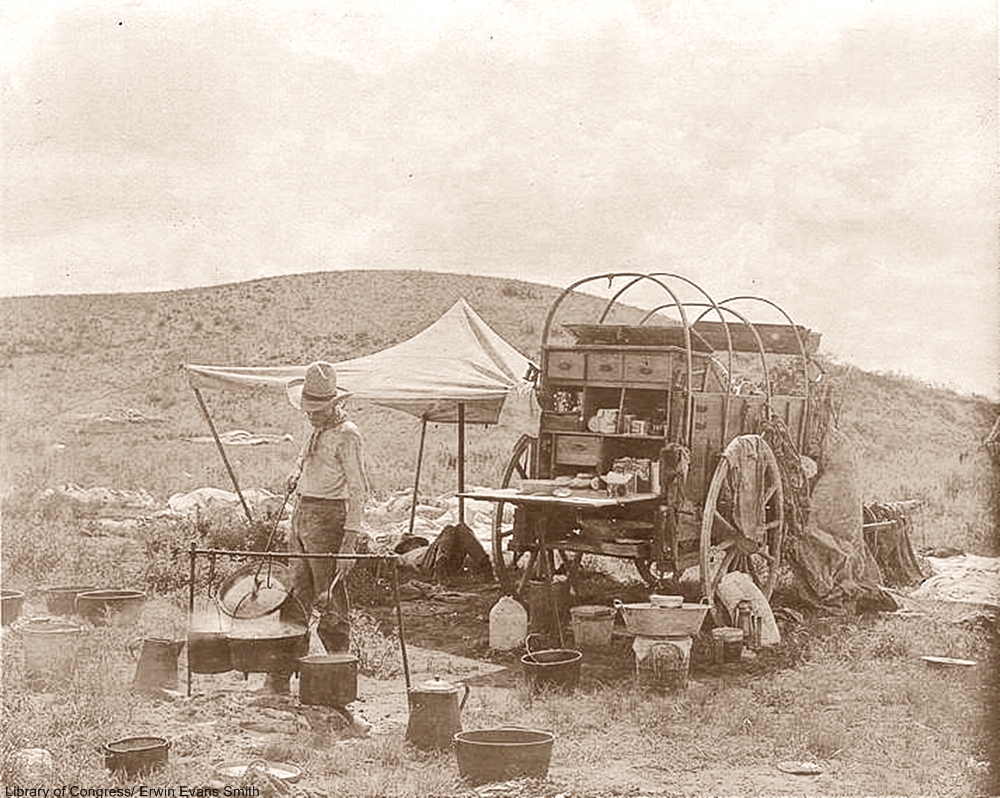 This recipe starts with your favorite pie crust. Bake at 400 degrees for 20 minutes before adding filling.

To make the filling, combine ¼ cup of the sugar and the 2 eggs and whisk together. Combine flour and remaining sugar in a saucepan and then add the water and vinegar and whisk again. Bring to boil and whisk until sugar is dissolved. Slowly add the heated ingredients to the egg mixture, whisking until thoroughly incorporated. Return mixture to heat, stirring constantly with a spoon until it coats the back of the spoon, but do not boil.

Pour the heated mixture into a large measuring cup and then into the pre-baked pie crust. Bake at 350 degrees for 15 to 20 minutes or until filling is set. Cover with foil during baking.
This treat can be dusted with cinnamon or powdered sugar or even topped with whipped cream or fruit. But, of course, the pioneers would probably have had few toppings to add to this pie.

This creative dessert was made as a lemon pie substitute. Citrus fruit was hard to get in the U.S. and lemon pie was an extremely popular dessert. The pioneers used the herb, sheep sorrel, to flavor their pies and the taste is supposedly very close to lemon pie. But, we’ve heard it does take a fair bit of sheep sorrel to get the flavor. 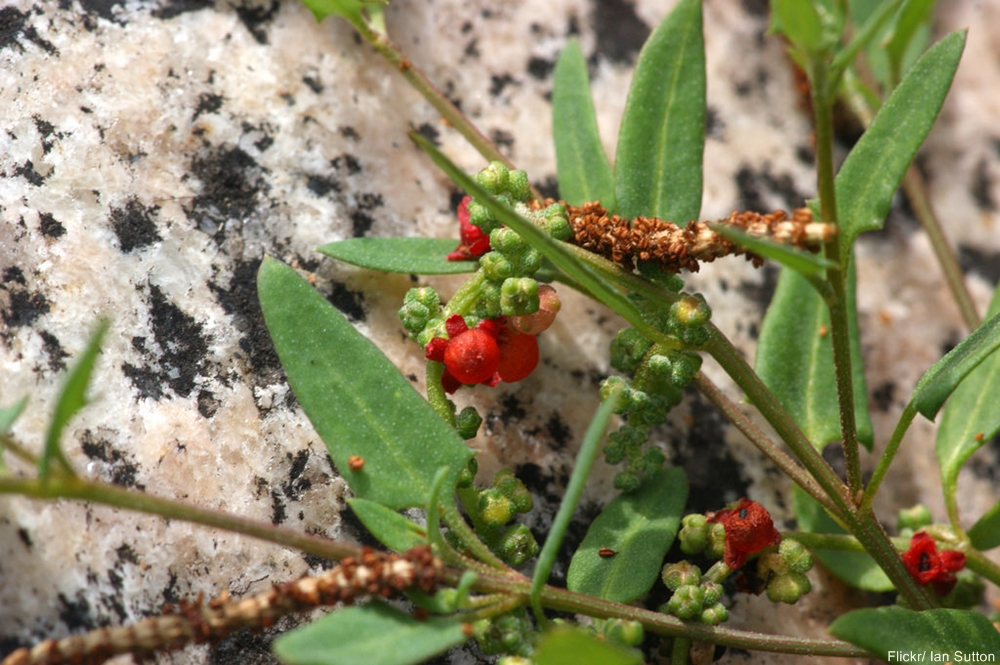 Beat eggs well. In a separate bowl, cream the butter and sugar together and then combine all ingredients together. Mix until blended and then pour into two pie crusts. Bake 30 minutes at 325 degrees or until the filling has set and the crust is golden.

This sweet pudding is called Indian pudding because it uses ground corn. However, this is not a recipe that American Indians made, but more of an American take on the Hasty pudding that the pilgrims would have been used to. Combining corn with eggs, butter, and spices, this dish has a soft texture and is a fine treat when you don’t have wheat flour or fruit. 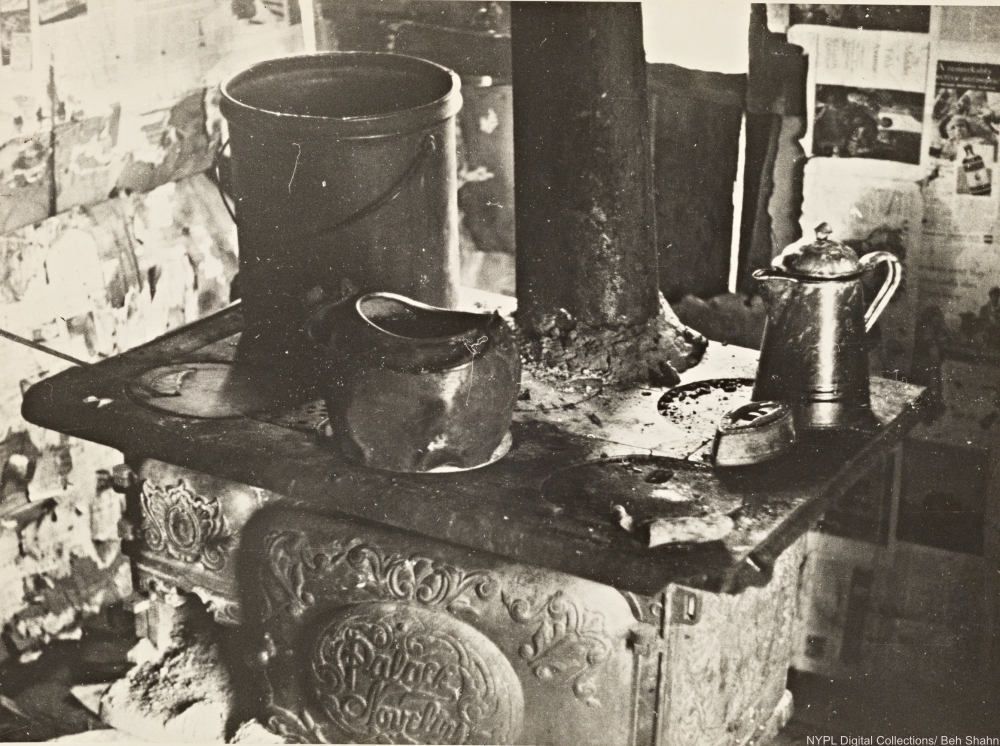 Scald the milk on medium-low heat. In a separate bowl combine cream, sugar, cornmeal, molasses, and spices. Add to scalded milk, stirring constantly. Cook until the mixture is thick like syrup. Beat eggs and temper by adding ½ cup of the hot cornmeal mixture to them before mixing it all together. Add one piece of butter at a time and mix. Using a soufflé pan or baking dish, bake in a water bath for 2 hours at 275 degrees. Pudding will be wobbly but should still test clean near the center with a toothpick whenit’s done.

Missing the traditional puddings from England but lacking the ingredients to make them, settlers created cobblers. Simple dishes that combined fruit and bread or biscuit dough, cobblers have since become an American staple. This dessert traditionally would have been cooked over a fire in a cast iron Dutch oven and lard would have been used in place of butter. 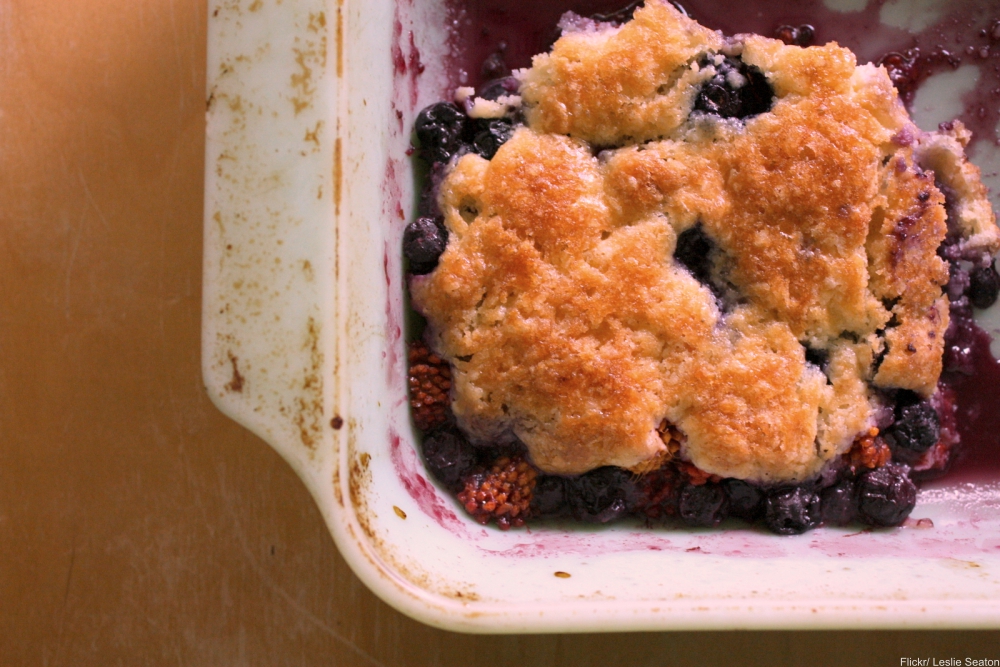 Mix 1 ½ cups flour, baking powder, 2 tablespoons sugar, and salt with the rest of the butter until it looks like cornmeal. Then, add milk and egg and stir to combine. Drop batter over fruit mixture in the pan.

Recipe adapted from All Recipes.

From the treats that we still make to this day to the obscure recipes that have fallen by the wayside, the ingenuity of the pioneers to make tasty food is nothing less than astounding. With so many foods unavailable, it’s no wonder that a good cook was so often longed for on the trails. It’s this same determination that fueled a host of new recipes during the Depression and in other times of need.

If you love the Old West then click here to see some amazing photos from the frontier. 3>