New York has long had a reputation for being a city full of diversity. The metropolis became a major landing spot for both newly-arrived immigrants and for Americans seeking a new life in the big city. Starting in the early 1800s, the city became a hub of activity. Not only did the increasing population mean that there was always something to buy or sell in the Big Apple, but the ports of New York had a steady flow of both imports and exports. The result was that by 1900 the city was filled with people of every nationality and income level, though some had it easier than others. 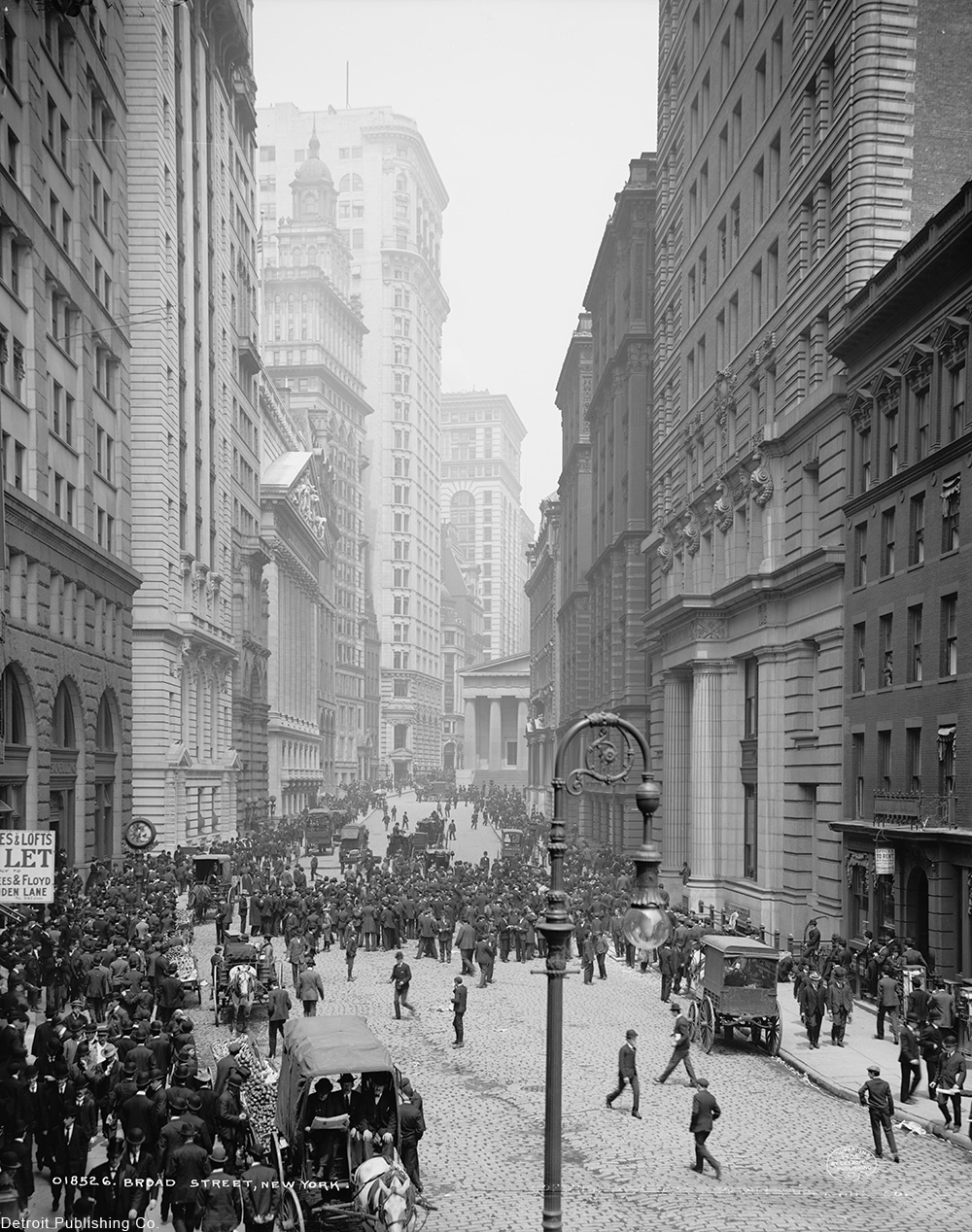 Broad Street bustling with activity, 1905. Via/ Library of Congress

As the neighborhoods grew in number, the city began to take on character. Different areas had distinct personalities to them and people who lived in different neighborhoods even began to speak with particular accents- having been influenced linguistically by Jewish, German, Italian, and other immigrant communities. 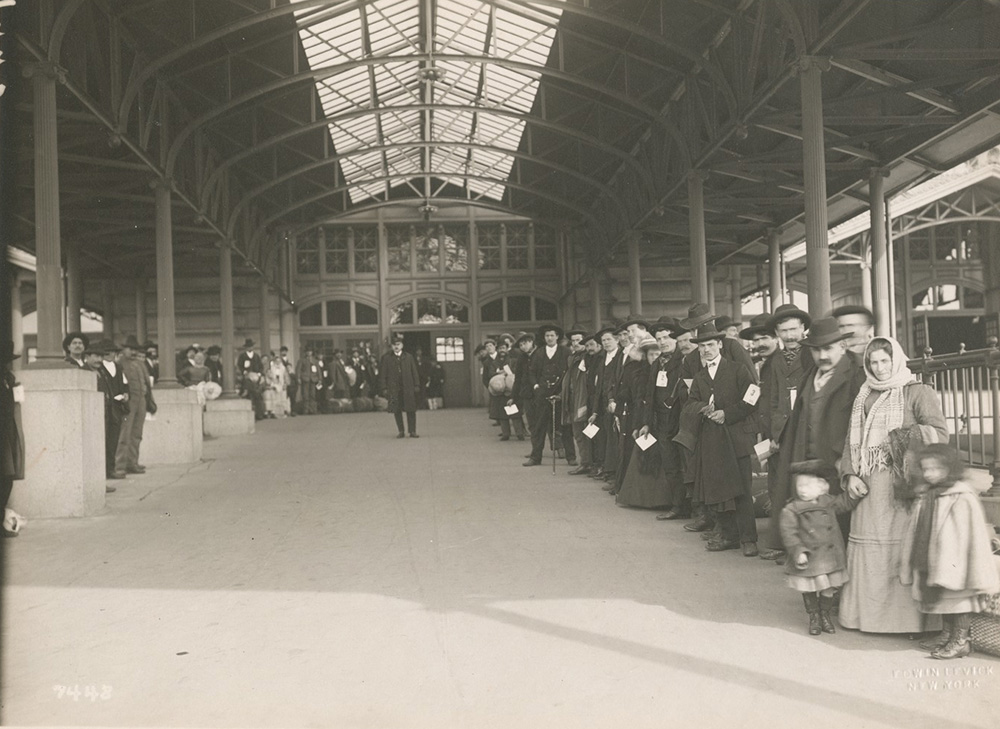 Immigrants who passed inspection at Ellis Island and await transport to the city. Via/ NYPL Digital Collections 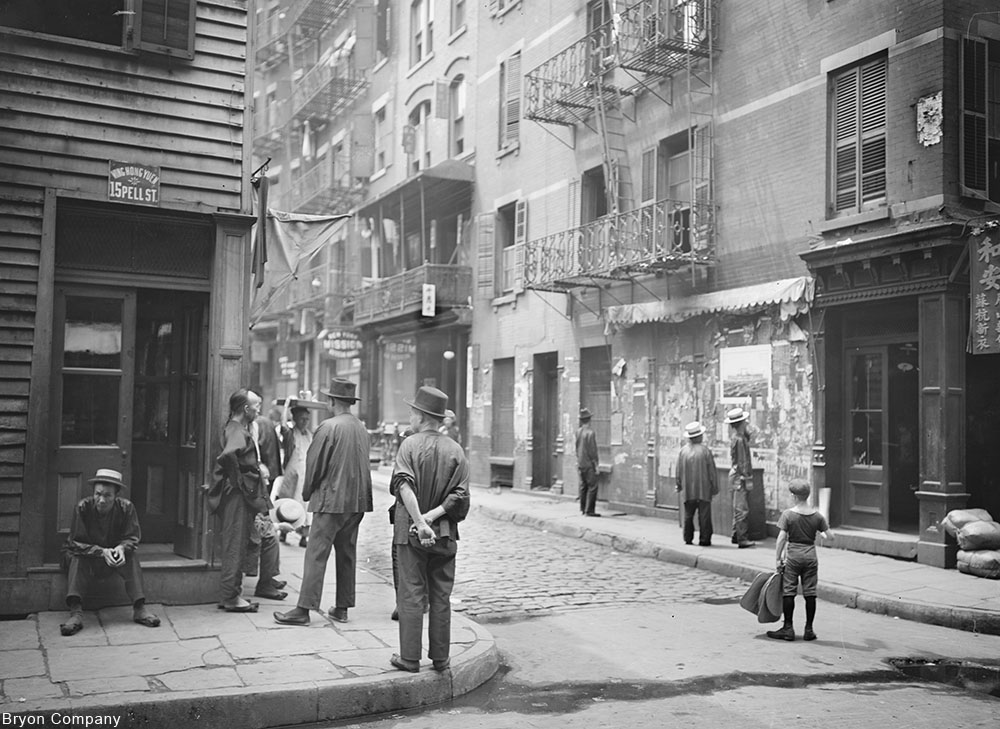 Chinatown around 1900. Via/ Library of Congress

By the mid-1800s the ports of New York City handled more goods than all other ports of the U.S. combined. The swelling of the city only increased with the advent of the Transcontinental Railroad and the widespread use of high-powered steamships. 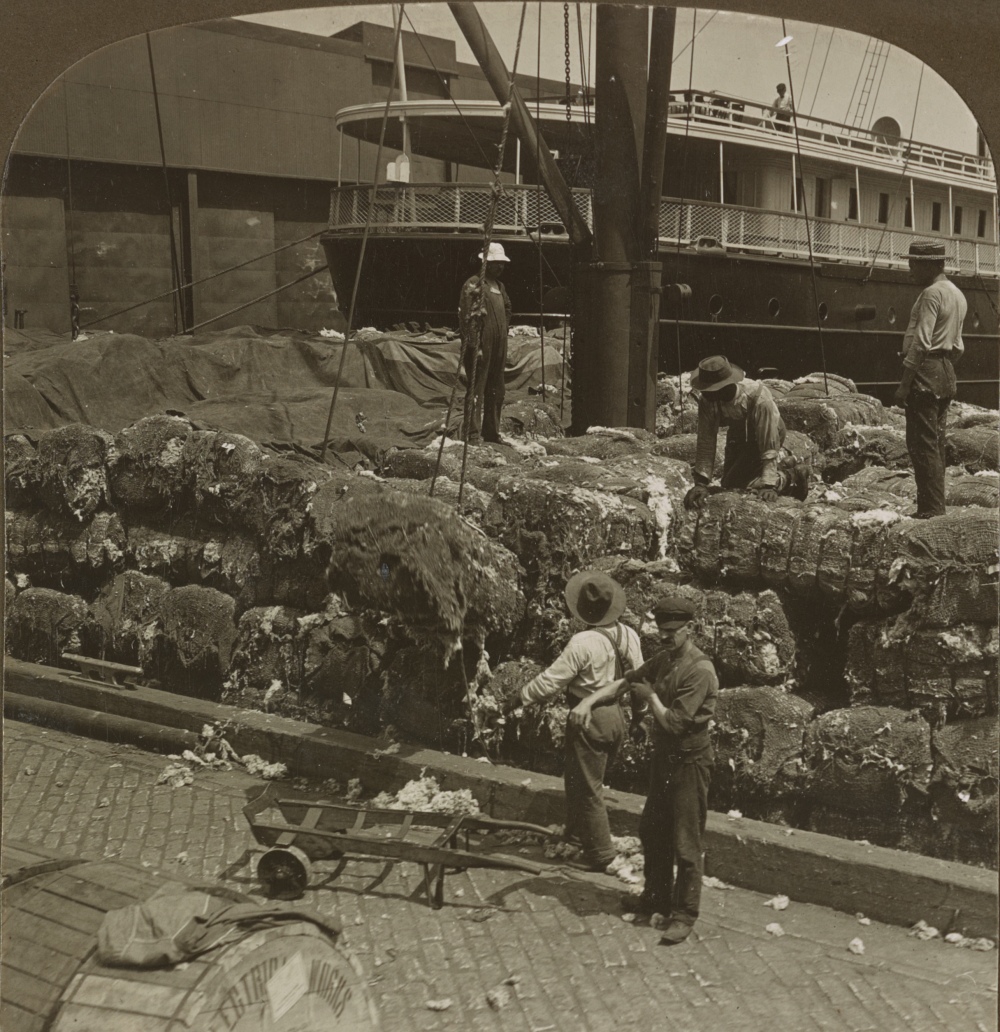 By 1910 New York took on the emblem of being the biggest melting pot city in the U.S. The city became known for innovation and elegance in architecture and culture, but also for gang violence, corruption, and poverty. 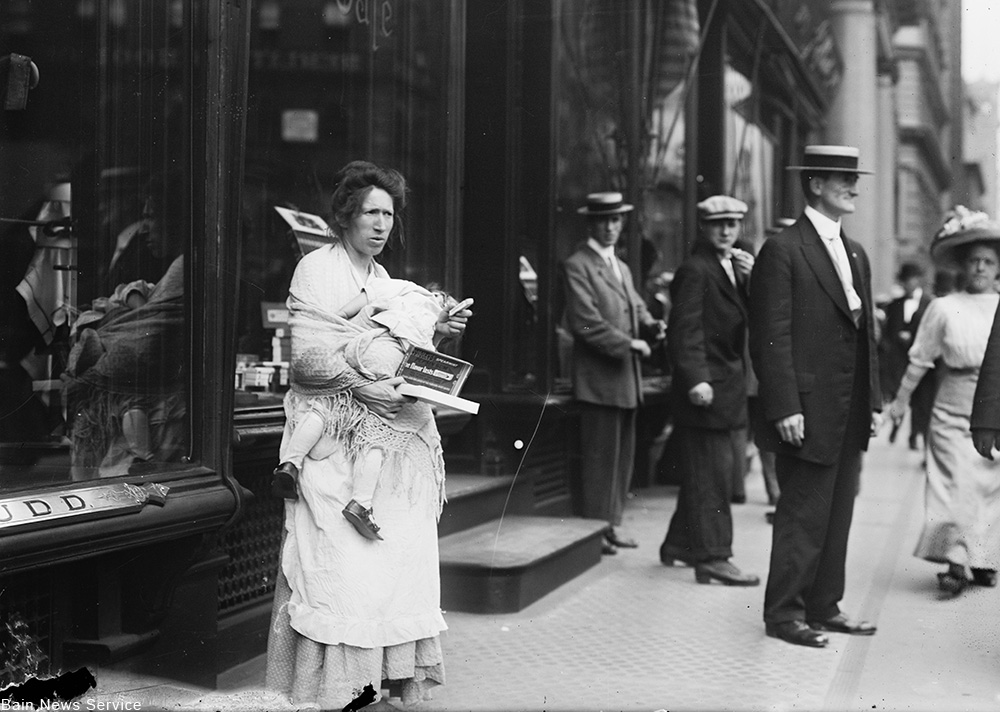 Gangs like the the Eastman Gang and the Gopher Gang had members in the hundreds each and controlled large sections of the city. Many of these gangs were comprised of Irish, Italian, or other immigrant populations and their descendants. 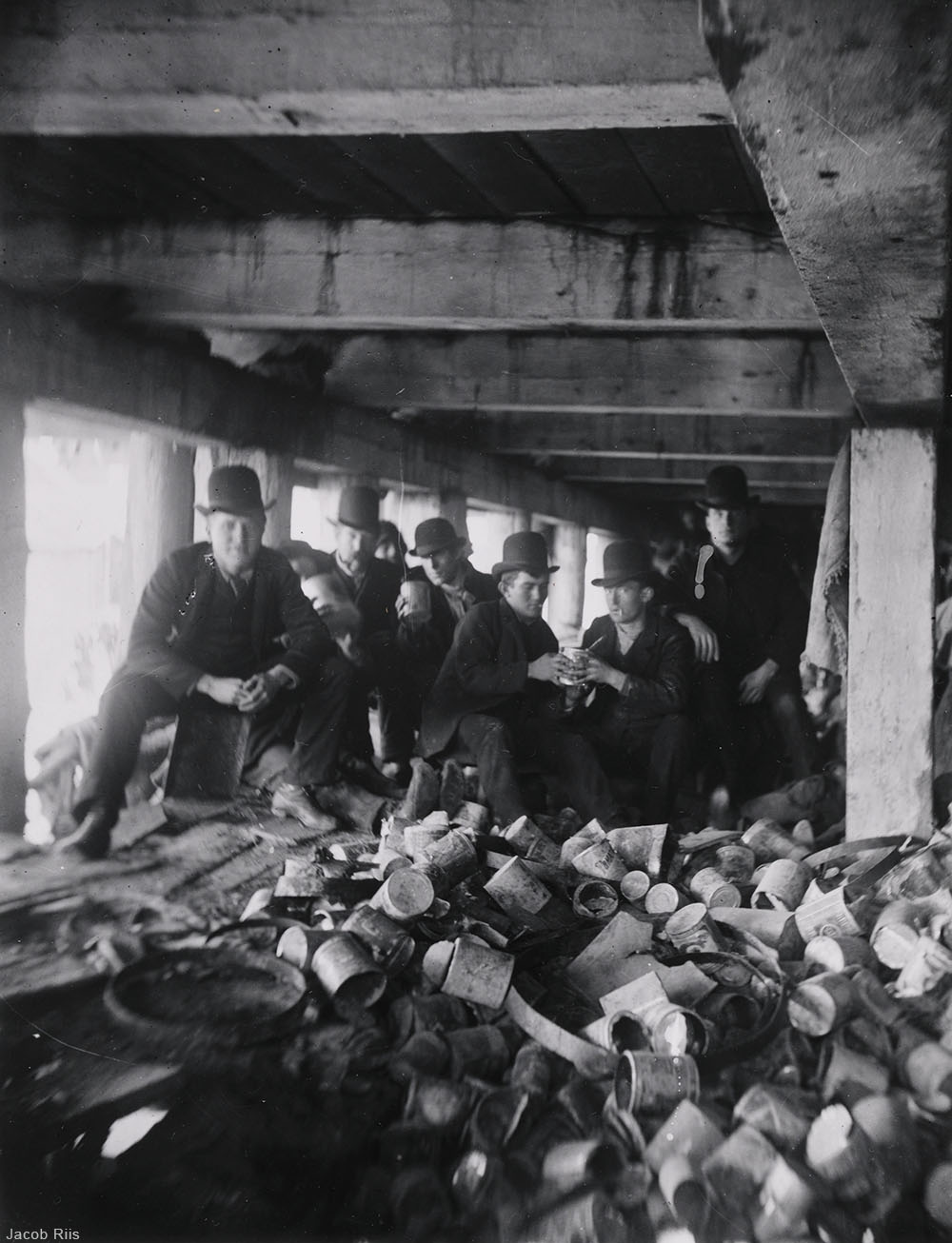 The Short Tail Gang photographed under a pier in Corlear’s Hook in 1887. Via/ Flickr

Groups of unattended children worked as peddlers, newspaper boys, shoeshiners, and smugglers- eeking out a living however they could. 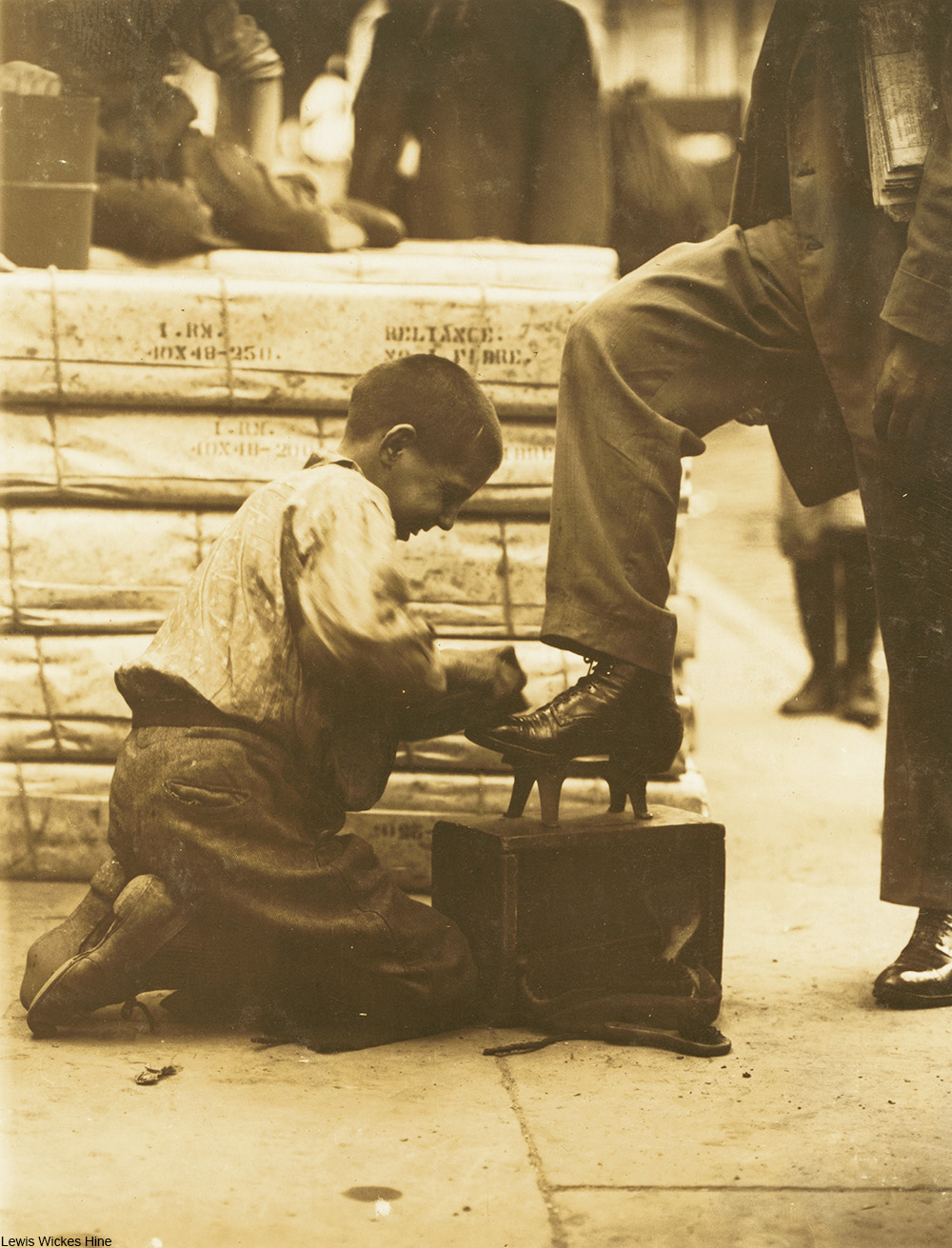 Panhandlers -or beggars as they were known back then- held out baskets hoping passersby would be kind to them. 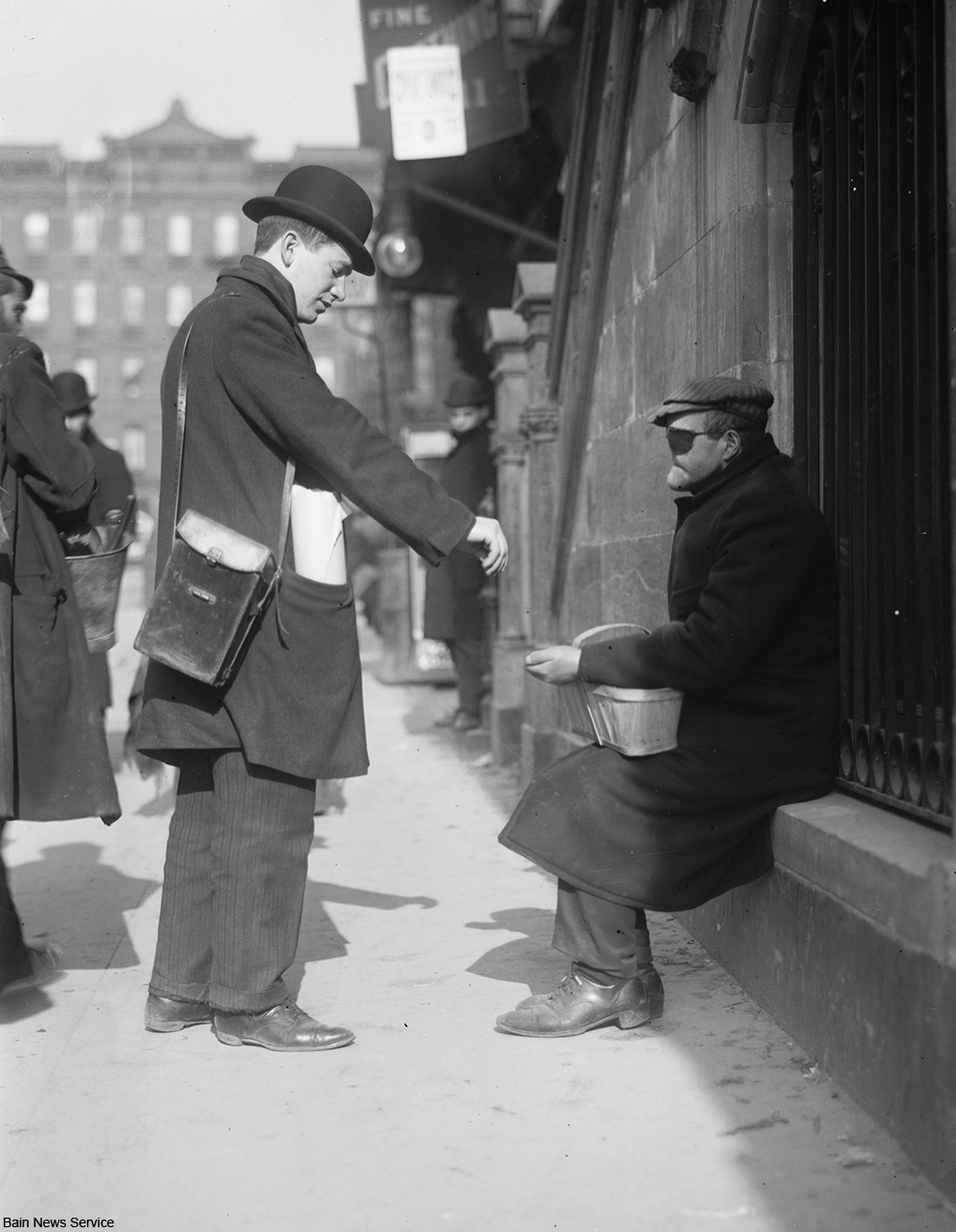 Beggar on the street in NYC in 1900. Via/ Library of Congress

At the same time that poverty and crime were growing problems, the Gilded Age saw a number of elite New York families build vast mansions adorned with every conceivable ornament and convenience. 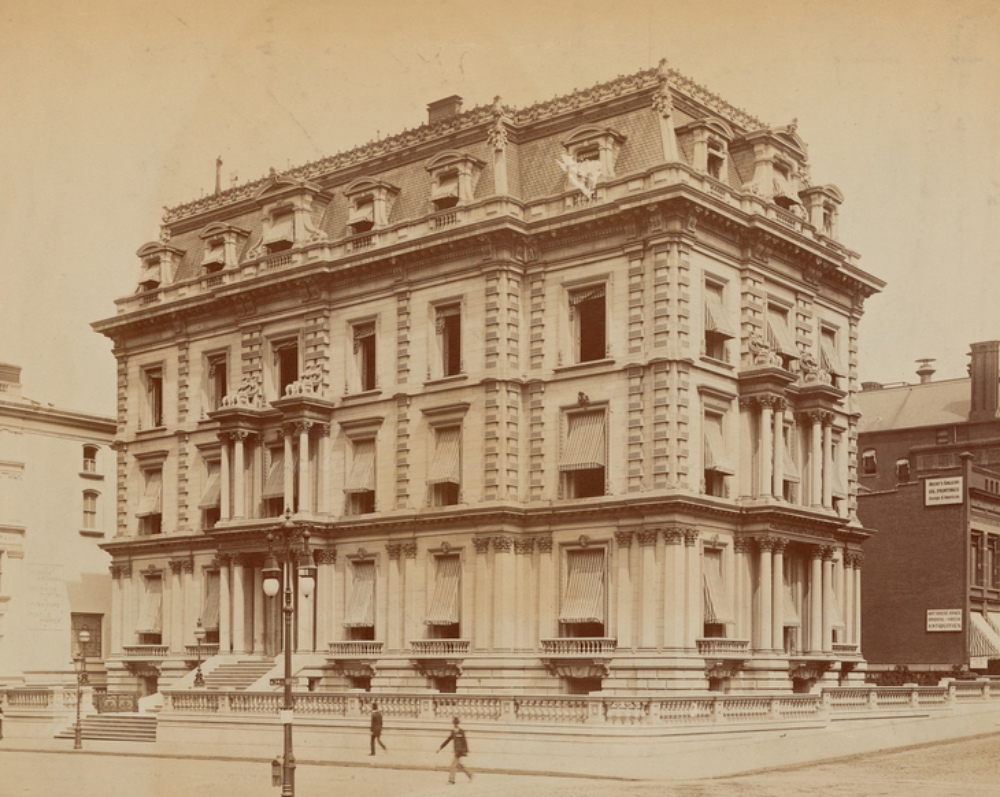 In the years leading up the the First World War New York was rapidly modernizing. In 1883 when it was completed the Brooklyn Bridge was the largest suspension bridge in the world. 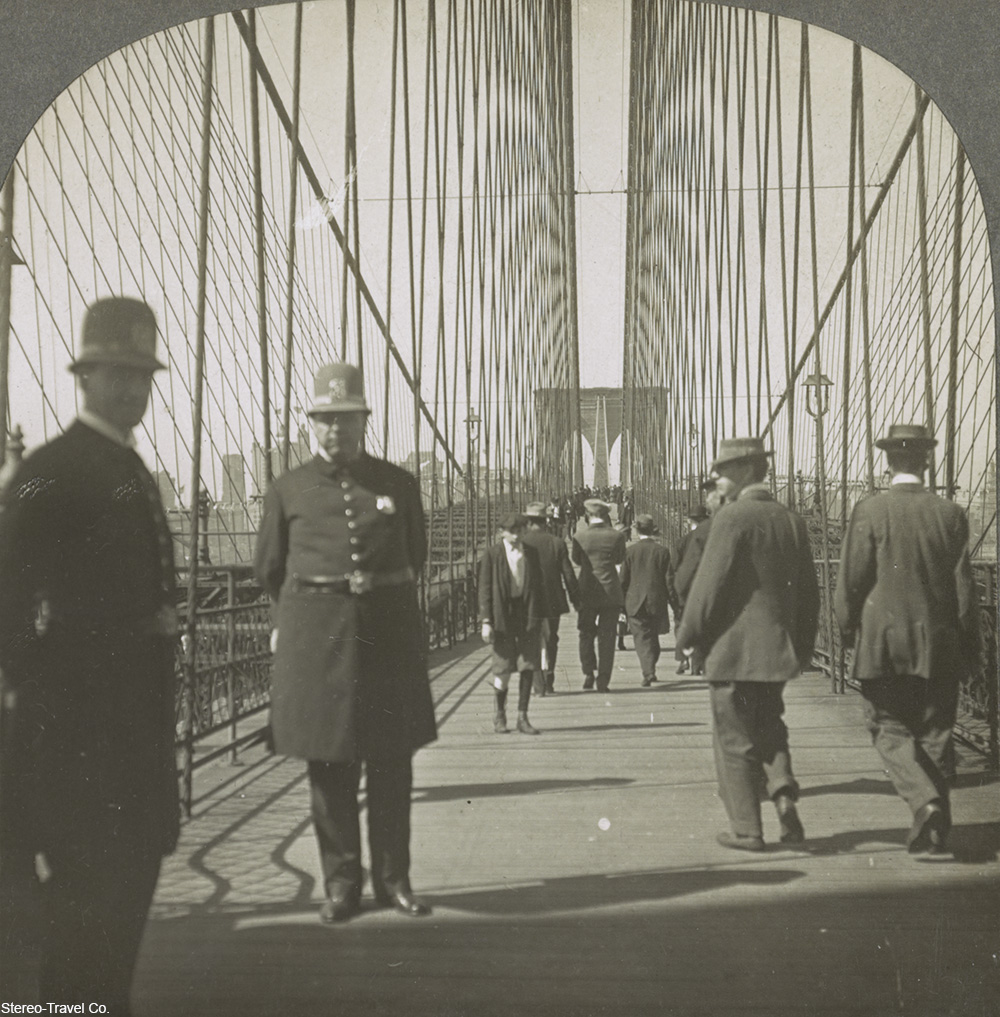 Pedestrian promenade on the Brooklyn Bridge, 1909. Via/ Library of Congress

Without the colorful characters and the rapid growth that colored turn-of-the-century New York, it might not have become the rich, interesting place it still is today. 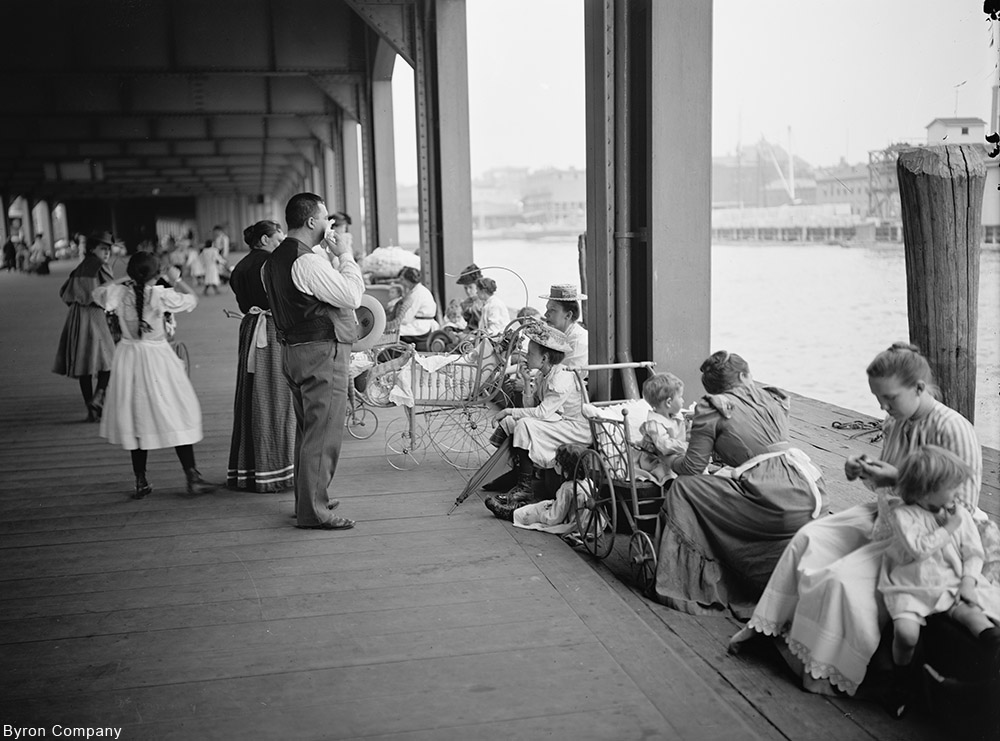 Families sitting on a dock as recreation, New York, 1900. Via/ Library of Congress