A Construction crew in Mexico City came across the tomb of one of the country’s first Catholic priests while installing lamp posts outside one of Mexico’s largest cathedrals, according to The Guardian. The tomb, which is covered by a six-foot-long stone slab, dates back to the 16th-century, and bears the name of Miguel de Palomares, a high-ranking priest of that time. 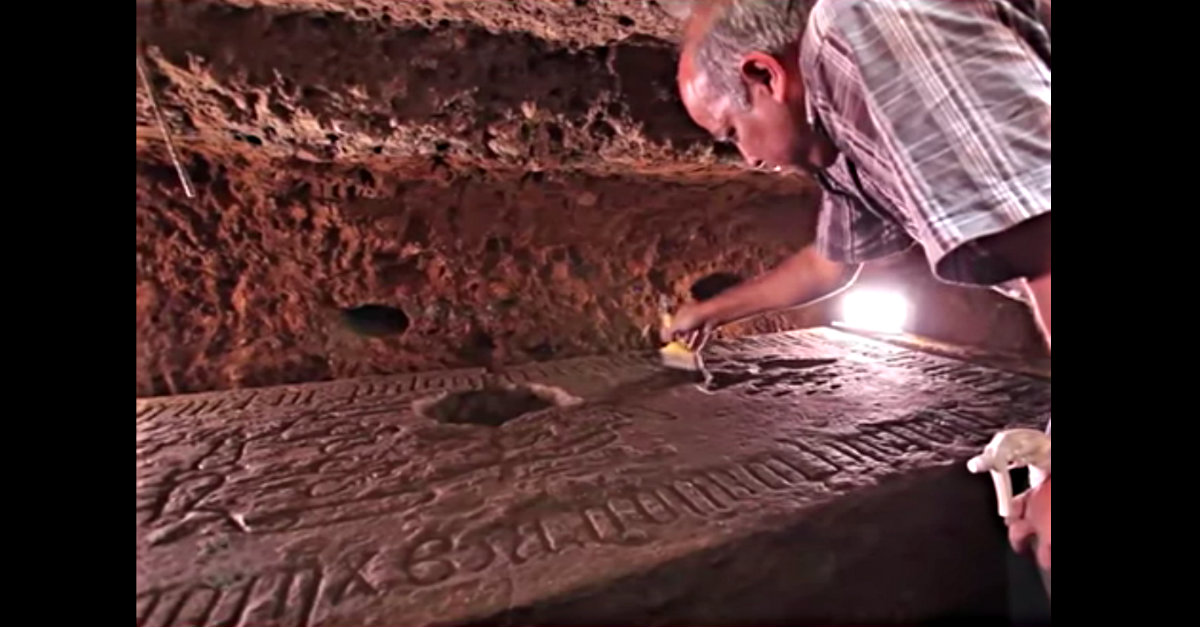 De Palomares was one of the first priests to arrive at the city following Hernán Cortes’ conquest of the country. He died in 1542, and was buried in the old cathedral, which was built on top of the remains of an Aztec temple. That cathedral was torn down just 30 years after De Palomares’ death, with the current cathedral being built nearby in the 1620s.

The discovery is giving researchers insight into how the Spanish used the structures of the Aztec capitol after conquering it in the 16th century. While historians have been aware of the Spaniards’ predilection to build their churches on top of Aztec remains, the recent discovery shows that this may have been for functionality as much as it was to send a message. Get a closer look at this historic find in the following clip, and check out what researchers found when a drought caused water levels to drop!