How the Striped Shirt Became a Classic

Stripes are a common pattern today, but there was a time when only certain groups of people wore this style of garment. So, how did they come to be equally used for children’s play clothes as well as cotton sweaters worn during regattas? To answer that we have to go back in time to the 19th century. 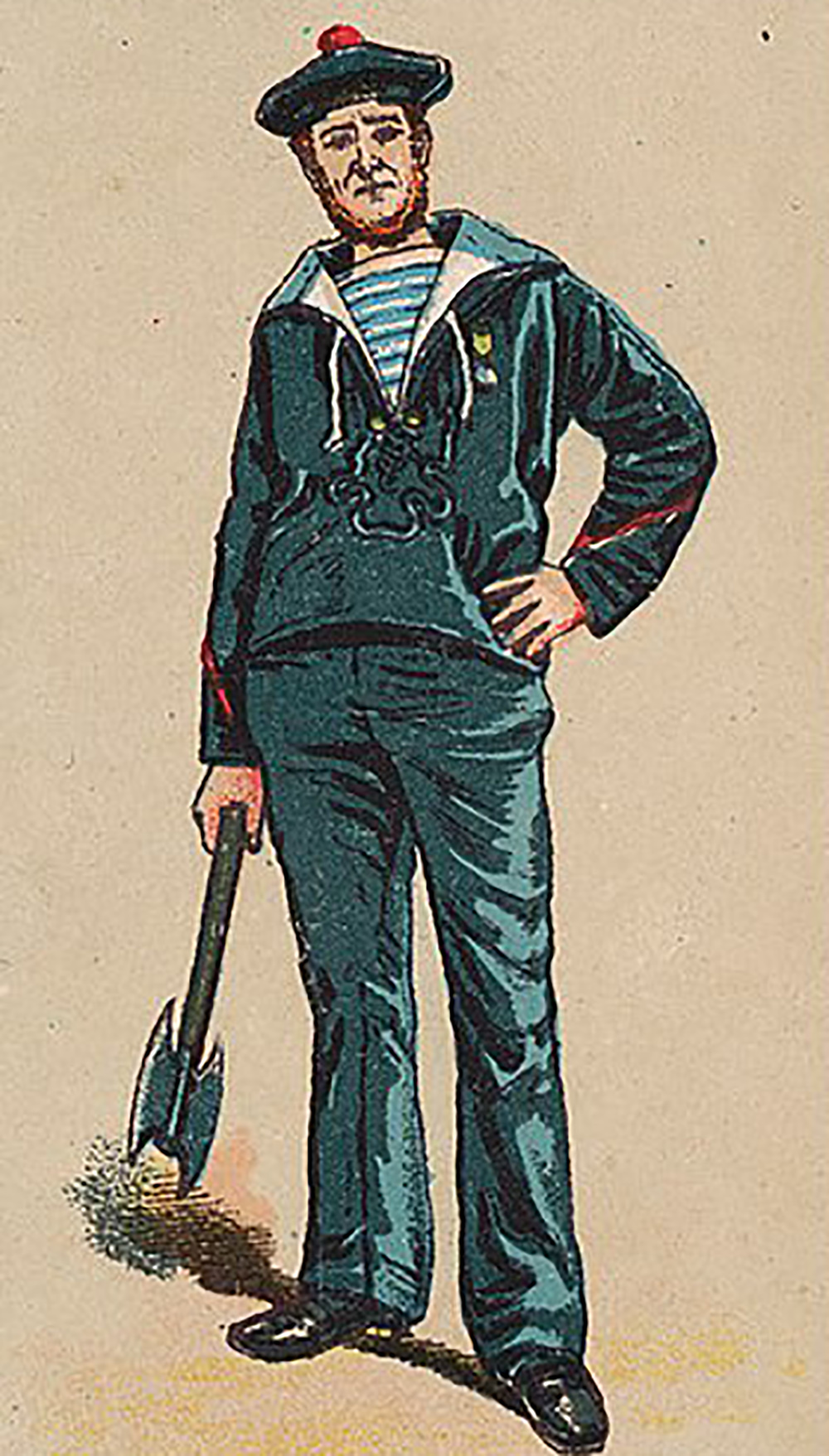 Illustration of a French sailor from 1886. Via/ Wiki Commons

The navies of the world in the early 1800s began using striped clothing, often in blue and white, to make sailors easier to spot should they ever be lost at sea or need to be rescued for other reasons. In 1858 the French marinière sweater became the official undergarment of the French navy, made in knit wool jersey with either 20 or 21 blue stripes and 15 white stripes for the seamless body and 14-15 stripes for the sleeves.

The shirt was designed with a slight dip at the neckline. It is said that this was to make it easy for a sailor to remove the shirt and wave it around if he went overboard, the stripe pattern aiding in creating a signal that could be seen at greater distance. Unlike camouflage, the stripes were intended to make it so that sailors would not blend into their surroundings. Since at that time the French navy was centered in Brittany, the shirt became known as a Breton stripe shirt. Stripes were also worn by French fishermen, further associating the pattern with France.

Those enlisted in England’s Royal Navy in the 18th and 19th centuries wore striped pants and/or checked tops, though they did not have an official uniform until 1857. By the end of the 19th century, many navies around the world had also taken on stripes for their uniforms, albeit in different configurations. 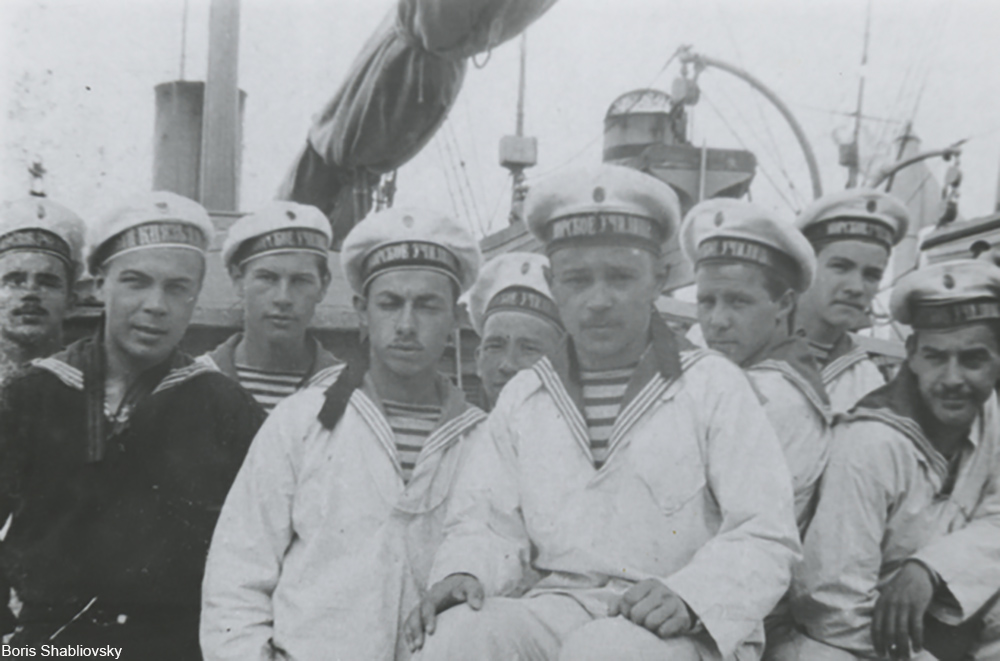 Sailors with the Russian Imperial Navy. Via/ NYPL Digital Collections

It was the high visibility if stripes that also made them an ideal pattern to use for prisoners’ clothing, in case they should happen to escape they could be seen easily. Prisoner’s uniforms were nearly always woven and were much wider stripes, but still played on the same concept of sight. Think of stripes as the first “high-viz” clothing. Beginning in the early 20th century the prison system was seen to hold the promise of rehabilitation, not only punishment, and denim or khaki workwear began to replace stripes. 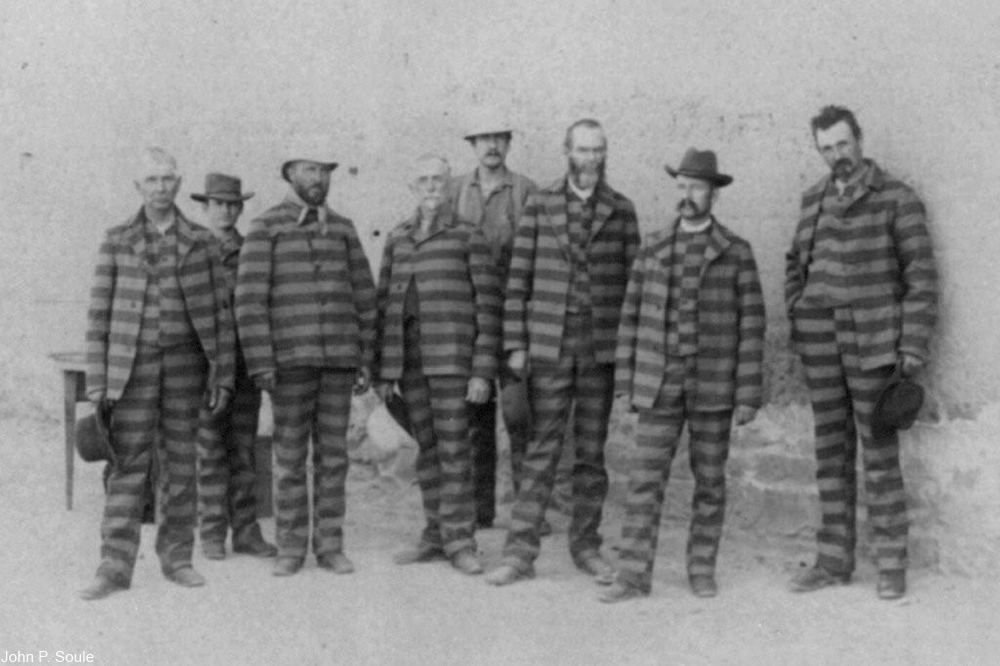 During the same time period, as a symbol of French style, the striped shirt was one of the first items of casual clothing separates sold by Coco Chanel in 1917. The marine colors and comfort of knit jersey, once standing for hard work on the water, now symbolized lounging around on the French Riviera. The burgeoning sportswear industry helped ensure this shirt was a success in France and eventually all over the world.

The stripes were also a symbol of freedom for women who didn’t always want to dress in lace and frills. This menswear style became a liberating alternative to corsets and bustles. And, yet, it was one step up from the plain men’s undergarments (like the henley shirt), making it just suitable enough for casual wear. 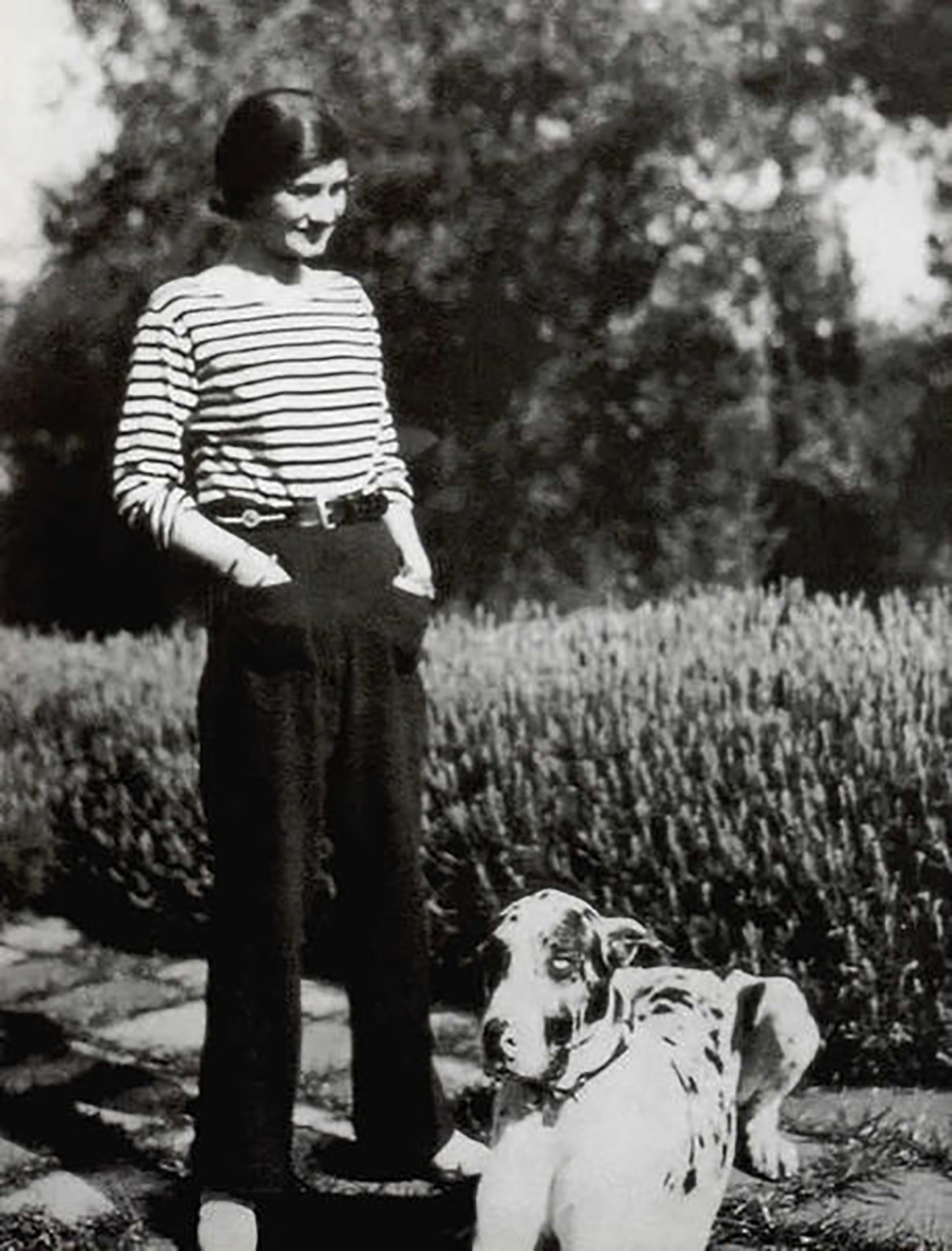 Coco Chanel wearing one of her striped tops. Via/ Wiki Commons

During the 1920s and 1930s Chanel was bringing the stripe to high fashion, but during the 1950s the striped shirt became a part of youth culture, adopted by James Dean, Audrey Hepburn, Brigitte Bardot, Paul Newman, and Marlon Brando, among others. On the TV show, Denice the Menace, the titular character is always seen in a striped shirt, ensuring that the look became popular for children’s wear as well as adults.

Later style icons, like Jackie O in the 1970s and Madonna in the 1980s, used the fashion to dress up or down, depending on the circumstances. Today, stripes, whether they are wide, skinny, navy, or multicolored, are a must-have pattern and nearly all of us have at least one piece of striped clothing in our closets. From workwear to the rags of the rich to a now timeless look- stripes certainly have come a long way. 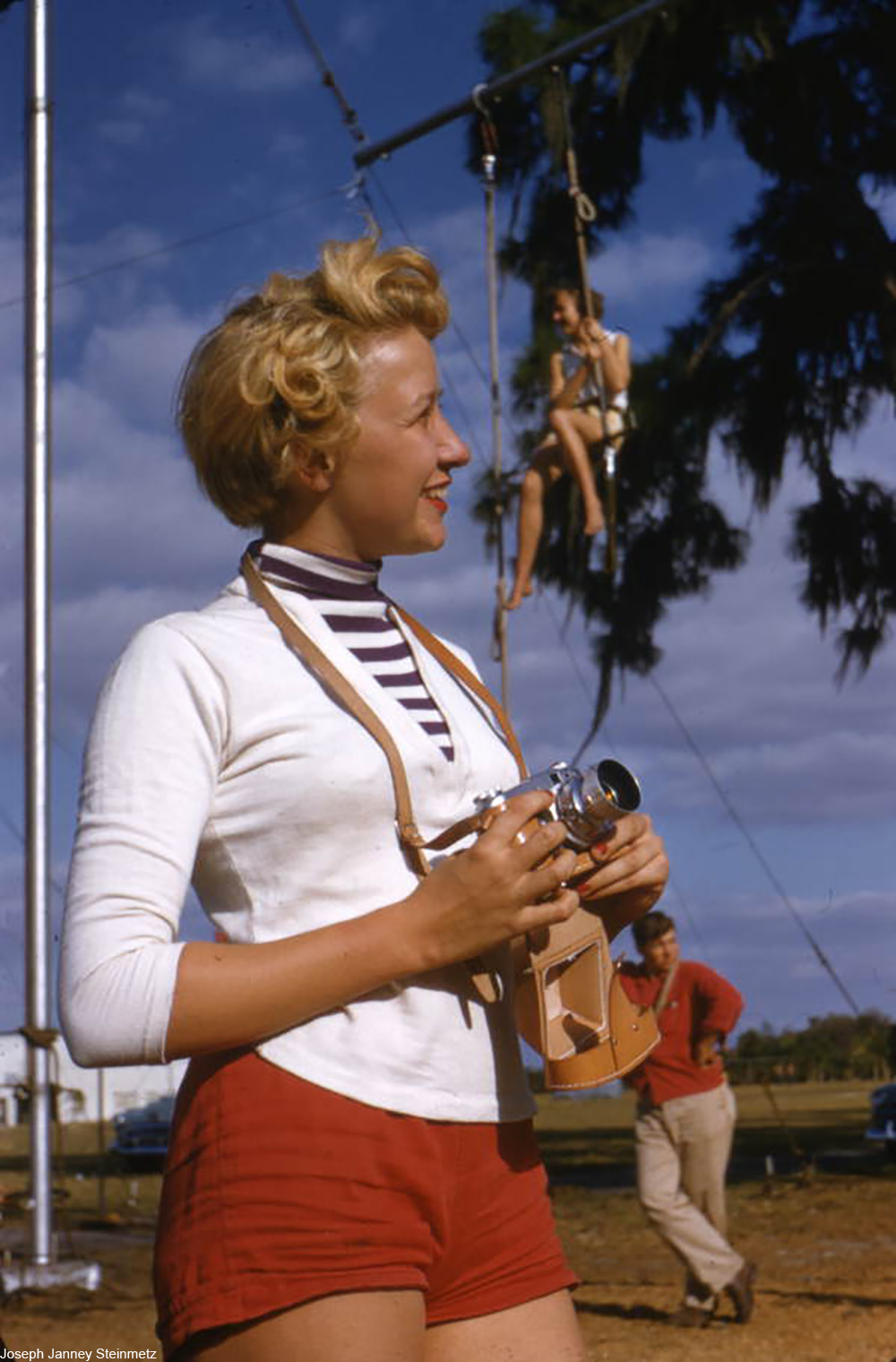