In 1919, Boston Experienced One of The Most Bizarre Disasters of The 20th Century.

On January 5th, 1919, Boston experienced one of the most bizarre and tragic events of the 20th century. In the North End neighborhood of the city, a tank filled with 2.3 million gallons of molasses suddenly burst, flooding the streets with a 15-foot wave traveling at speeds of 35 mph, destroying everything in its path. In the end, the flood claimed the lives of 21 people, injured 150 more, and caused $100 million worth of damage by today’s rates. What was the cause of this horrific incident? 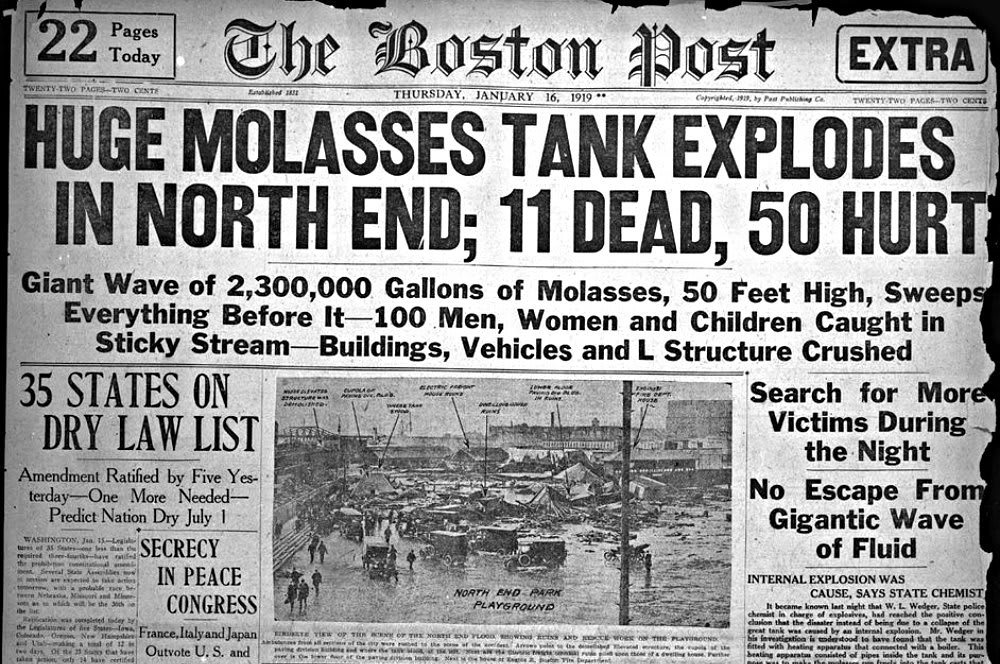 The disaster took place at the Purity Distilling Company, which was owned by The United States Industrial Alcohol Company (USIA). USIA initially blamed the tank’s failure on anarchists, claiming that just a year prior they had received a phone threat against the tank, and that they had found a bomb at another USIA facility in 1916. Others theorized that the unseasonably warm weather had raised the temperature of the molasses, causing it to expand beyond the tank’s capacity. Eventually the Chief Judge of Boston Municipal Court, Wilfred Bolster, found the tank’s riveting to be insufficient, placing the blame directly on USIA. 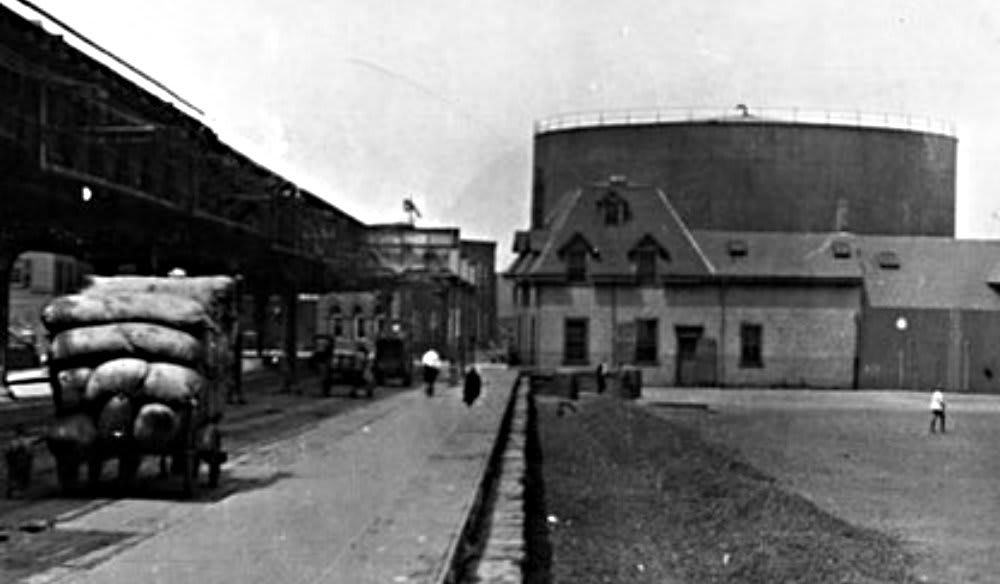 The Bostonian Society via Wiki Commons

According to The Boston Globe, the tank was built in a rush in order to meet the demand of munitions needed for the war effort. It was never properly tested, and leaked right from the beginning (neighbors would allegedly collect the leaking molasses in cans for personal use, while neighborhood kids would scrape the leaks onto sticks to make molasses lollipops). Employees at the plant would claim to hear the tank creaking and moaning, yet USIA’s response was to paint the tank brown (in order to conceal the leaks).

In 2015, Ronald Mayville, a senior structural and metallurgical engineer with Simpson, Gumpertz & Heger, found more specific problems with the tank’s construction. According to Mayville, the steel used was more susceptible to fractures due to it’s chemical makeup — it contained a low amount of manganese — and was the same material used on the Titanic. Furthermore, Mayville found that the walls of the tank were at least 50 percent too thin.

The viscous nature of the molasses, along with the sheer volume of the flood, created quite the mess. Firefighters found that saltwater allowed them to cut the molasses off the buildings more easily, which they could then rinse into the harbor and into the street gutters. Cleanup crews used chisels, hammers, and saws to remove the more difficult messes. When all was said and done, it took a collective effort of more than 87,000 hours to rid the city of the molasses. Some say that on a hot day, you can still smell the sweet scent of the molasses. 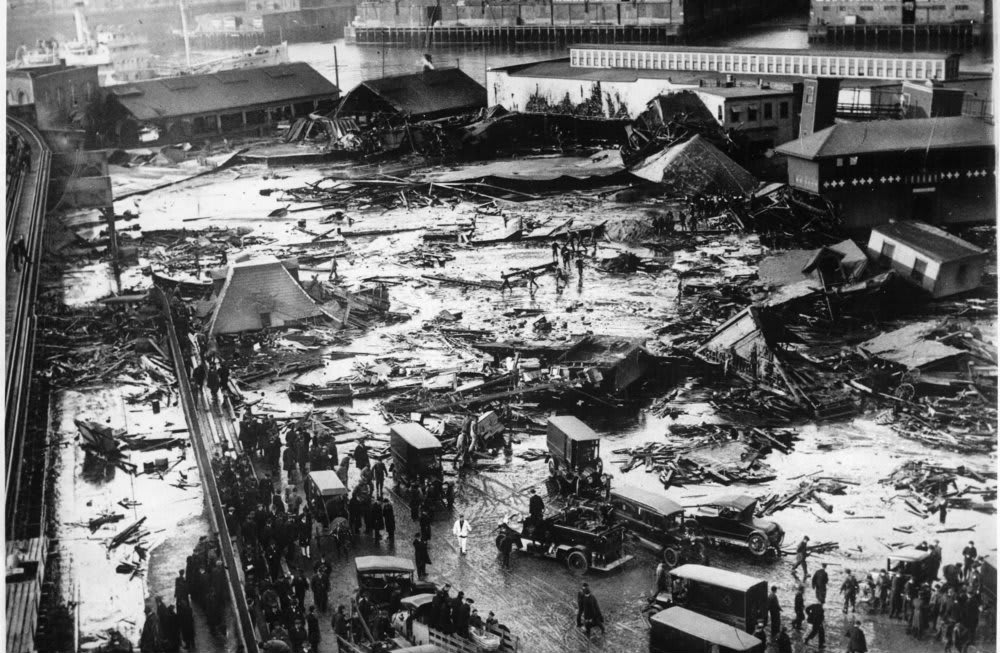 The legal situation was just as messy. By August of 1920, 119 separate lawsuits had been filed against USIA. It wasn’t until 1925 that Hugh W. Ogden, a lawyer who was appointed auditor of the case, was able to give his 51-page verdict. After hearing the testimonies of 921 witnesses and 1,584 exhibits presented by lawyers, Ogden suggested USIA pay $300,000 in damages to the families of the victims, the city of Boston, and the Boston Elevated Railway Company.

The Great Molasses Flood of 1919 is something you might not hear much about (unless you live in the region), yet it’s important to keep history like this alive. It shows the dangers of shoddy construction and the need for regulations and codes. For more forgotten history, check out the incredible story of a 19th century submarine.