This series of pictures may be hard to get through.

The heartbreaking “Last Moments” series was created by photographer Ross Taylor. Taylor was “profoundly moved” when a close friend of his struggled with the death of her pet, and the idea for the series was born.

Each photo shows the loving bond between pet and owner, and is taken at the end of the pet’s life, either before or after the pet was euthanized at home.

All of the photos were taken throughout 2017 and 2018 around Tampa Bay, Florida. An at-home pet euthanasia service called Lap of Love provided assistance to each family, so that their beloved pets could pass away peacefully at home rather than in the vet’s office.

In this photo, Olesya Lykovi breaks down after her dog, Sam, dies. Right before the photo was taken, she had asked the doctor if her dog was gone.

The doctor said, “He has his wings now.” 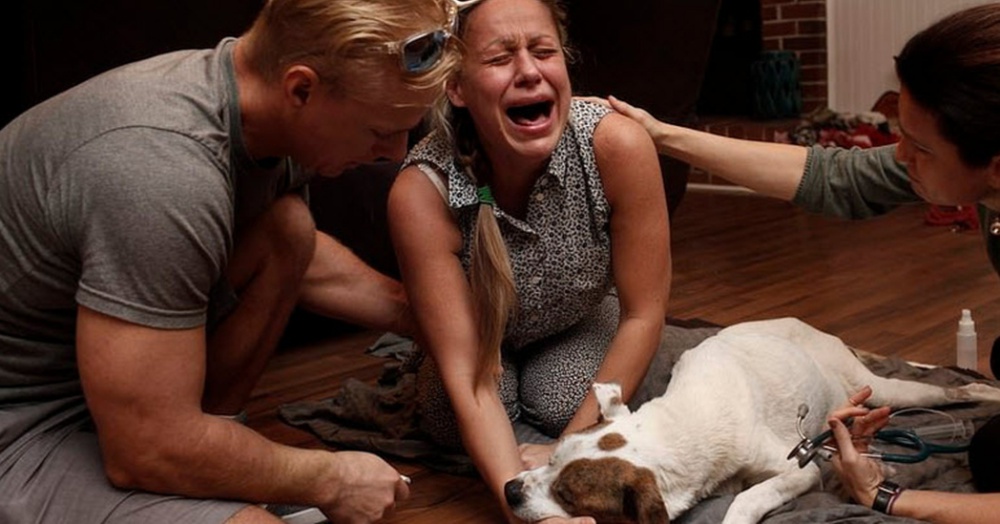 When her beloved dog passed away, Kiara Manrique wept, saying, “I tried to do more, I tried to do all I can. But they said there’s nothing more I can do.”

Her sister, Kimberly, was there to comfort her in her grief. 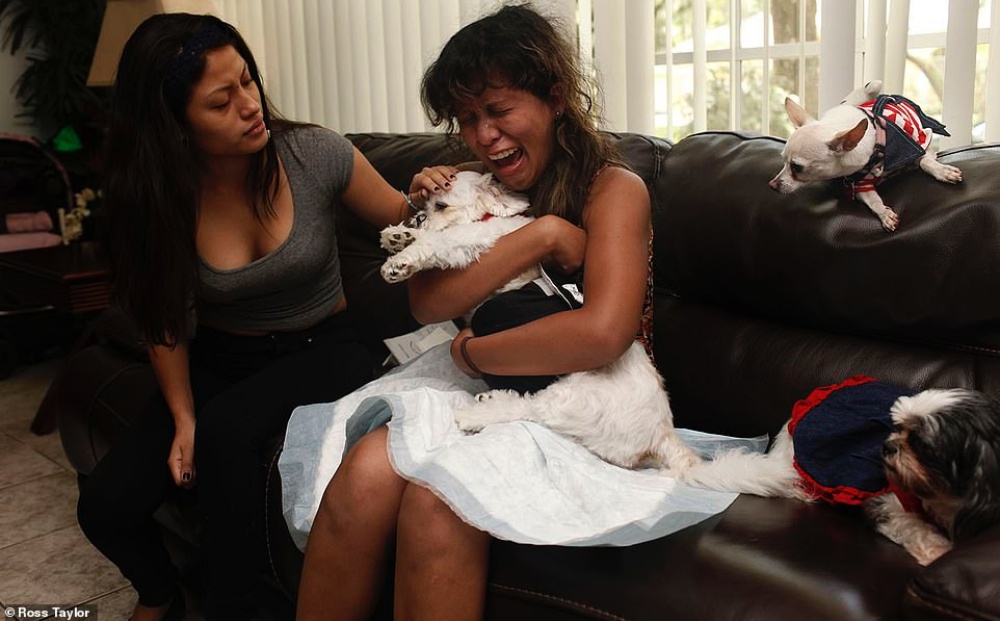 Marquita Leibe paced the room for a little while before bending down to stroke her dog, Daisy, for the last time. Her husband, Donald, crouched next to her.

As Daisy was put to sleep, Donald stepped outside to compose himself. 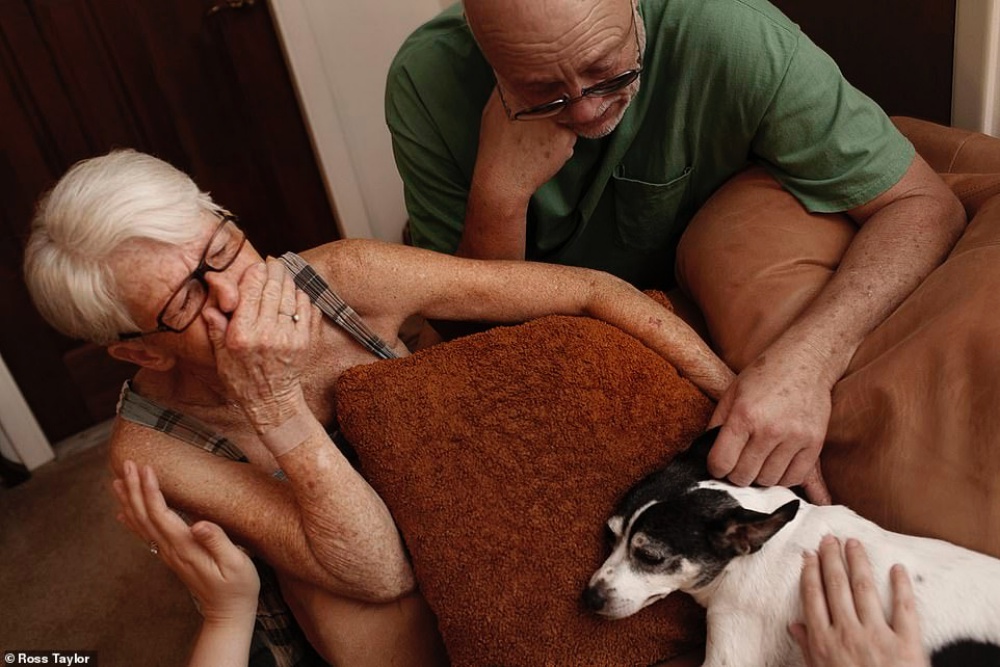 As Asia was taken out to be buried, sibling Kai could sense something was different. He faithfully followed behind his humans and his friend as they drove slowly through the grass. 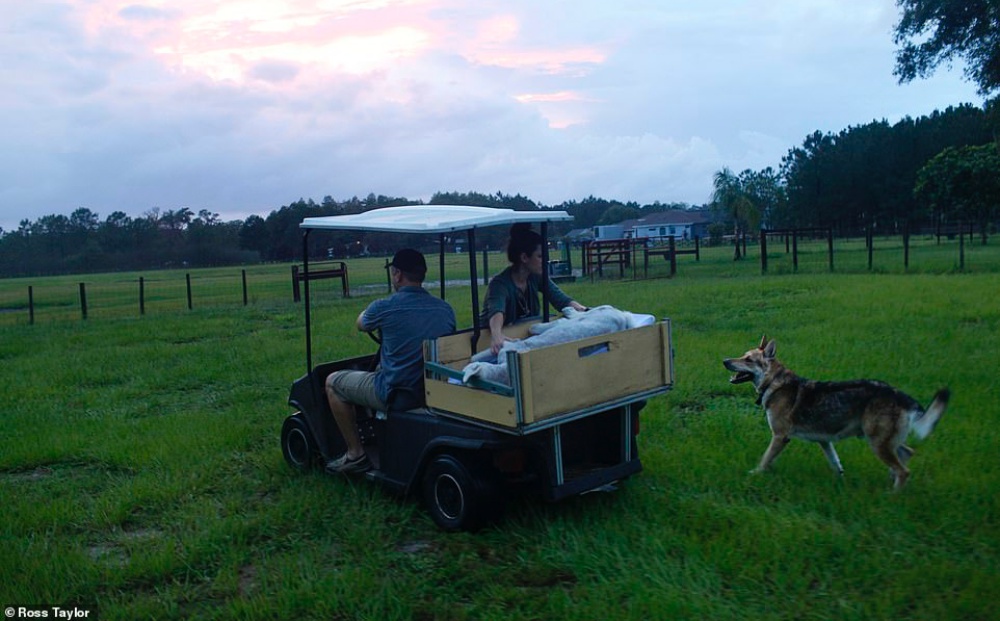 After digging a grave on their farm and placing Asia lovingly in it, owner Carrie Peterson dropped sunflowers over her.

“The smell of freshly turned earth is what I remember and how peaceful Asia looked within it,” photographer Ross Taylor said. 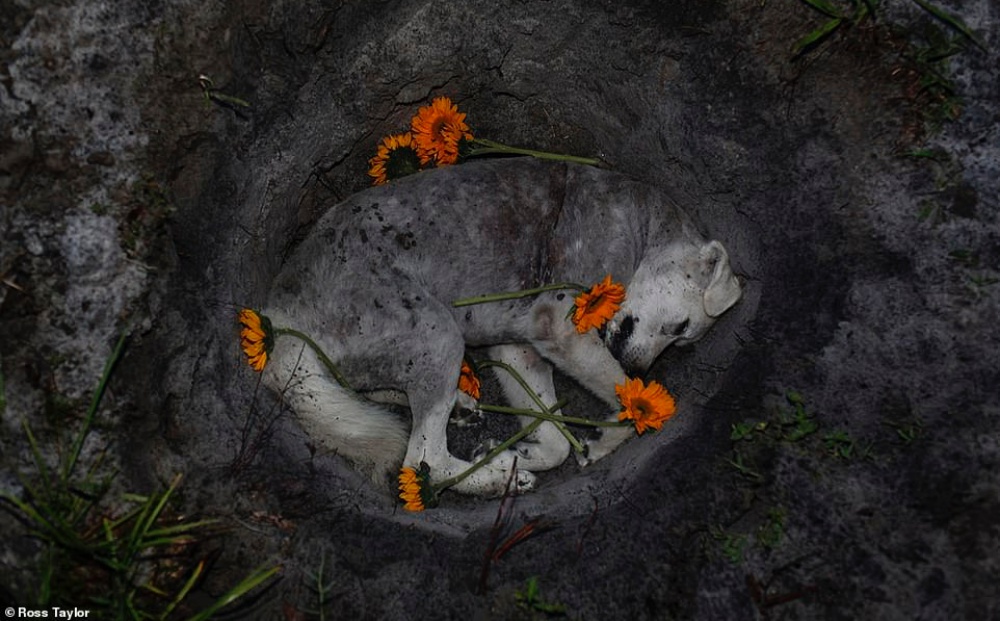 This picture was taken only moments after Spencer left this world. As owner Leigh Zahn sat with him for one last time, she couldn’t help but weep. 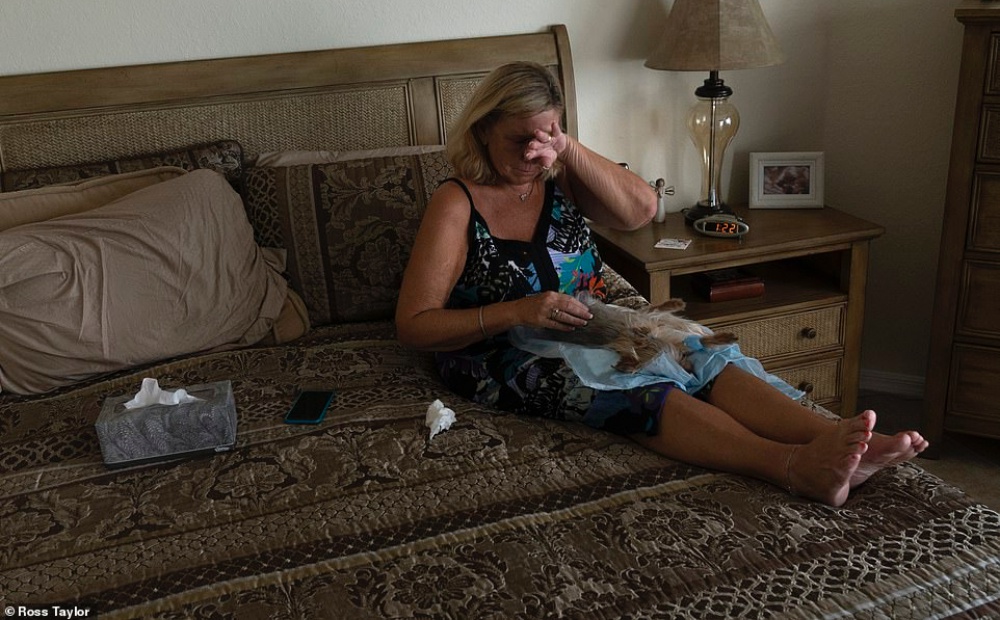 Rebecca Cassity and her husband, Drew, sat together on their couch as they tearfully said goodbye to their faithful dog, Coco.

“Coco was there for me when he was on deployment,” Rebecca said. 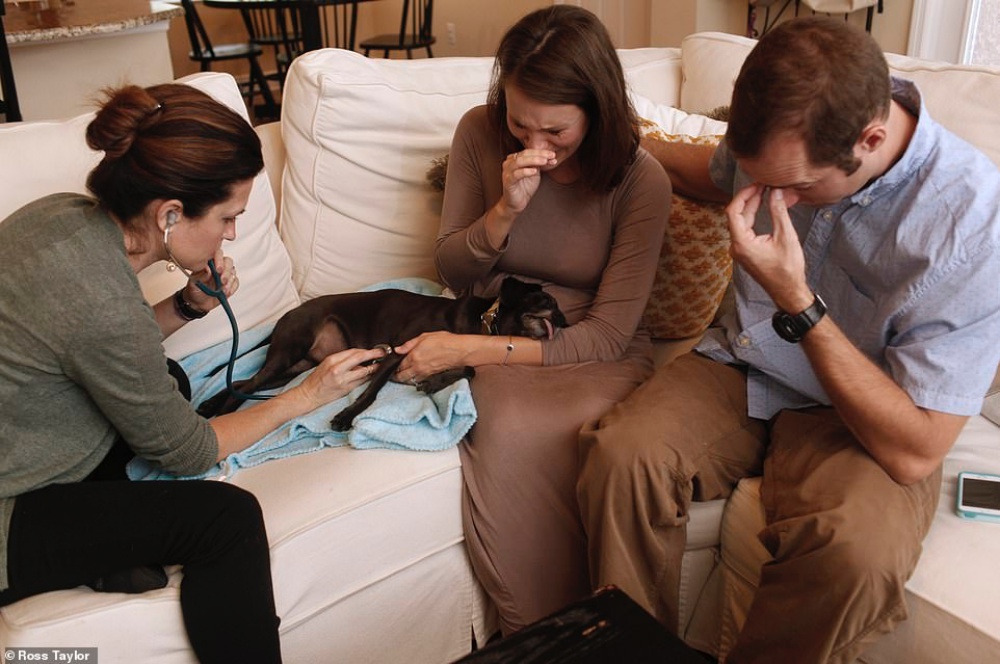 In this photo, Cindy and Bob snuggled with their dog Heidi one last time. Heidi looked up at Bob lovingly just moments before she was euthanized.

Their other dog, Winnie, looked in through the glass door. 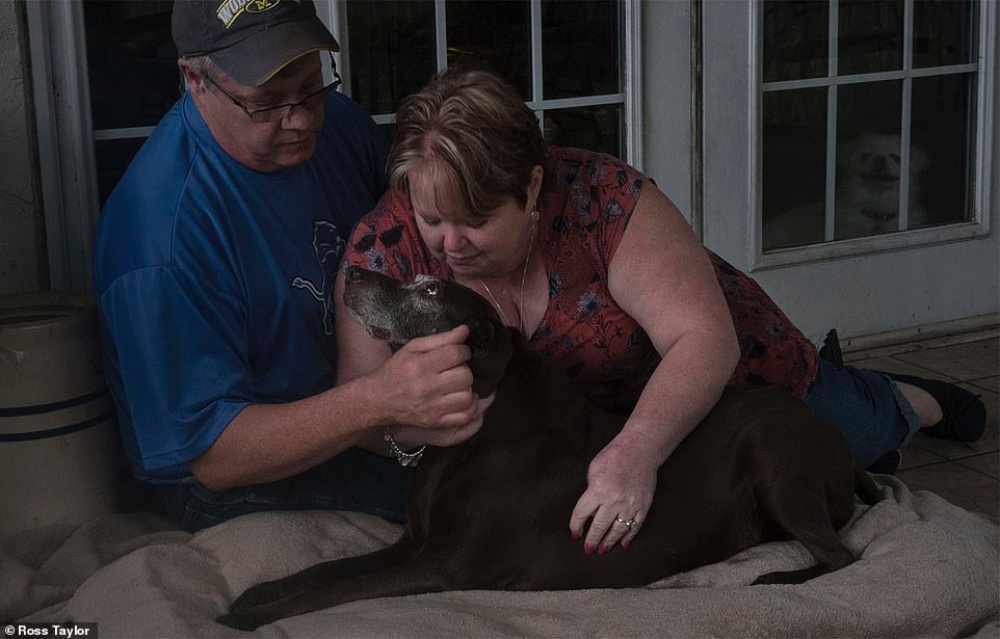 15-year-old Allie was struggling with balance issues after being diagnosed with cancer. Dr. Glassler stopped by to give a hospice visit and to offer a suggestion for how to best handle the situation.

“Dr. Gassler, and so many others like her, are amazing at what they do and help the painful transition daily, without drawing attention to themselves. They have my respect,” said photographer Ross Taylor. 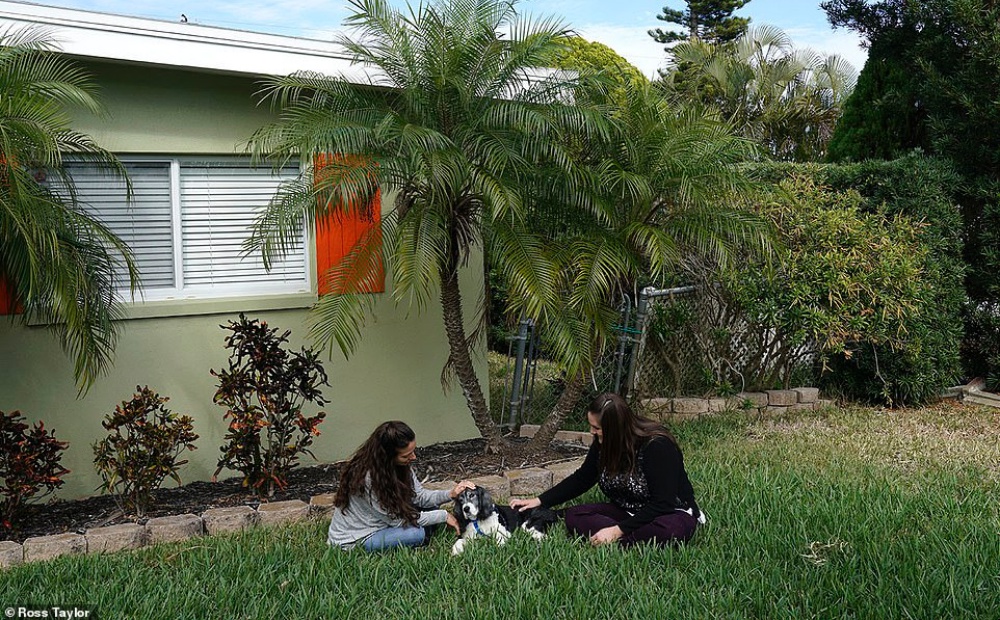 Vanessa Gangadyal comforted her 8-year-old son, Lan, as her husband stroked their dog, Ally, shortly after she passed away. Lap of Love joined forces with Caring Pathways to provide this “at home” peaceful euthanasia service. 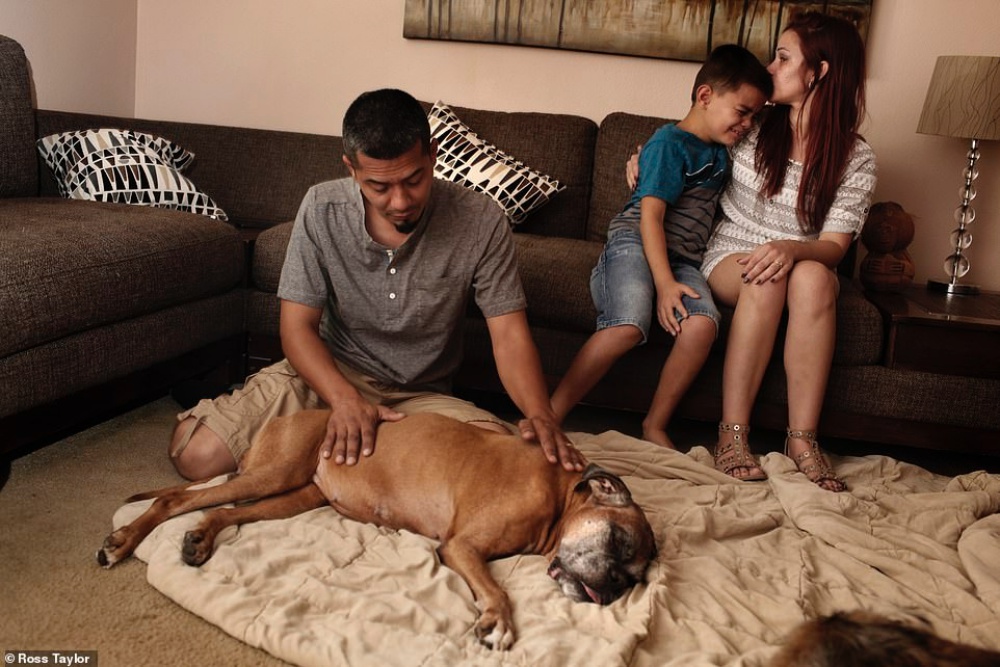 Wendy Lehr cuddled with her dog, Mimosa, as she said goodbye. Family members surrounded them both.

Wendy said: “It couldn’t be done without their willingness to participate and believe in the project… They have my respect.” 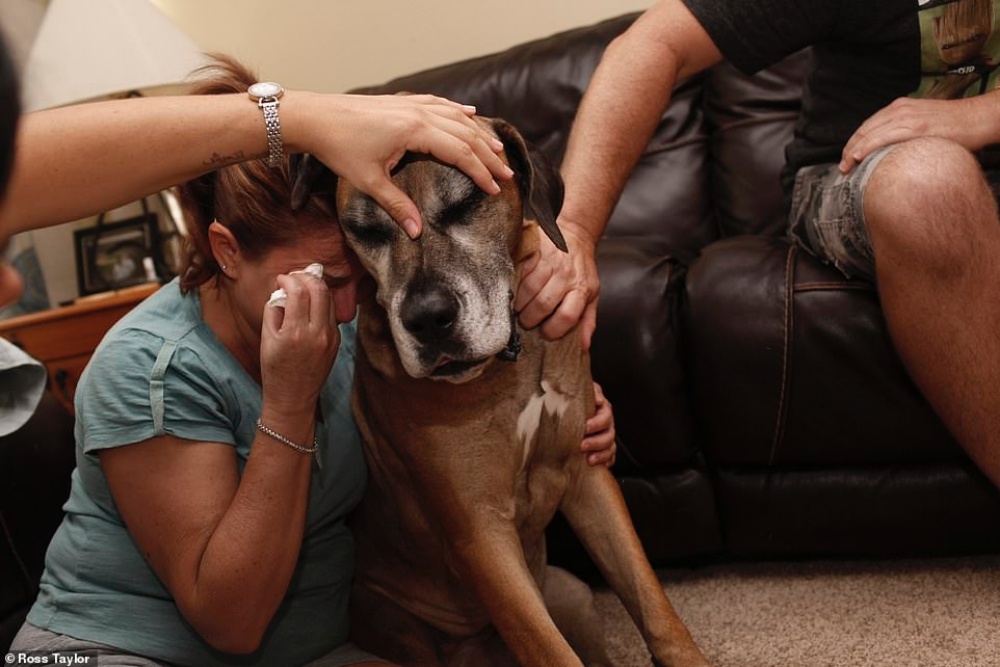