The Best of First Lady Fashion Over the Decades

The First Ladies of the U.S. have always been an important part of the public life of the POTUS. While the first First Lady, Martha Washington, set the standard high by being a well-dressed and independent woman, it’s really only in the past century that the style of First Ladies has been used as not only political fodder, but also seen as a benchmark for how fashionable ladies should dress.

Here are some of the best and most memorable moments in First Ladies fashion history from the past 100+ years. 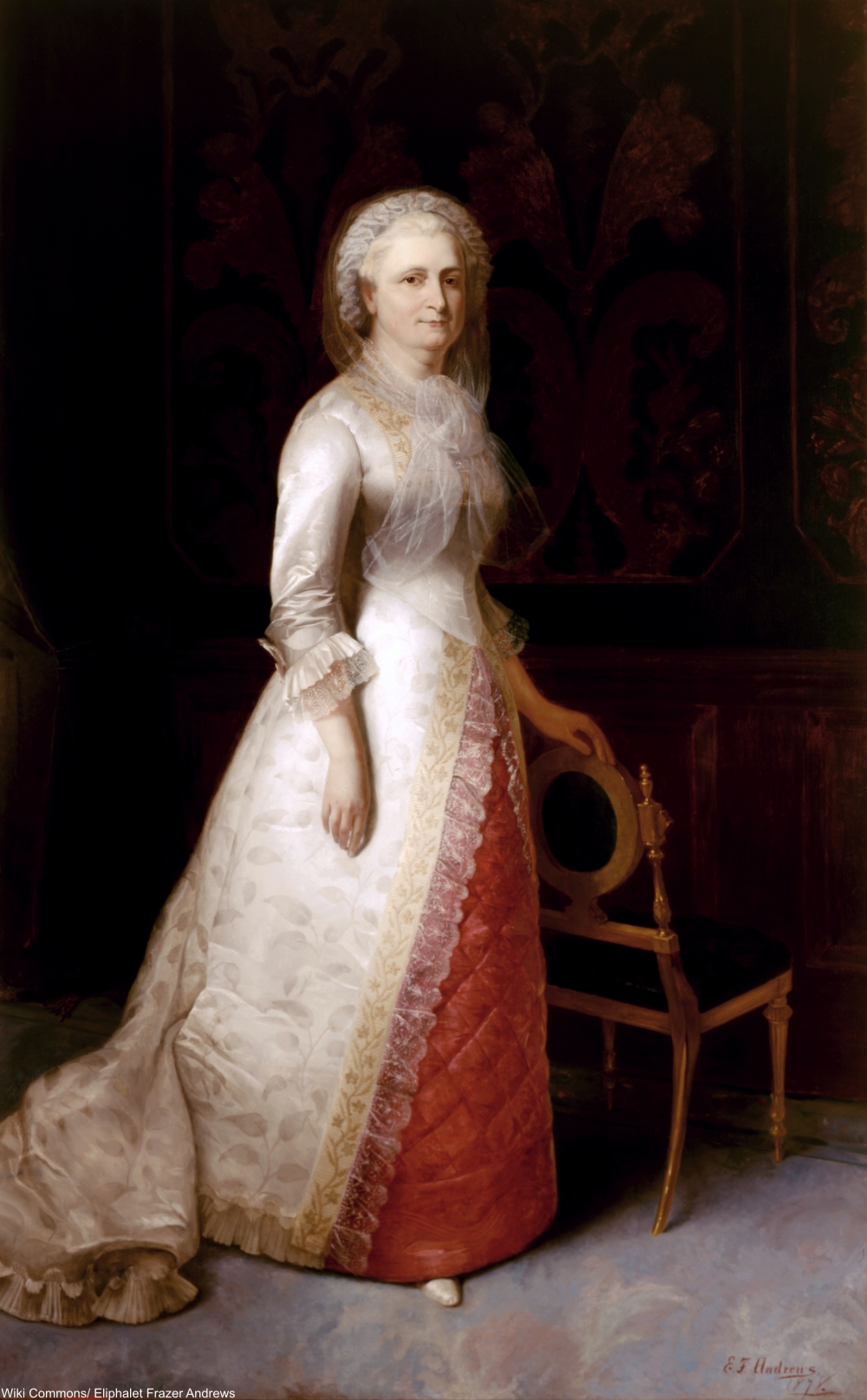 Before her there were no dedicated White House staff for the First Lady. But, the modern style and feminine grace that she employed when Theodore Roosevelt was governor of New York would continue until her tenure as the nation’s First Lady, such as throwing fashionable dinners and balls. Her personal style was geared towards femininity as she was fond of lace and often greeted visitors to events at the governor’s mansion and at the White House holding a bouquet of flowers in each hand. 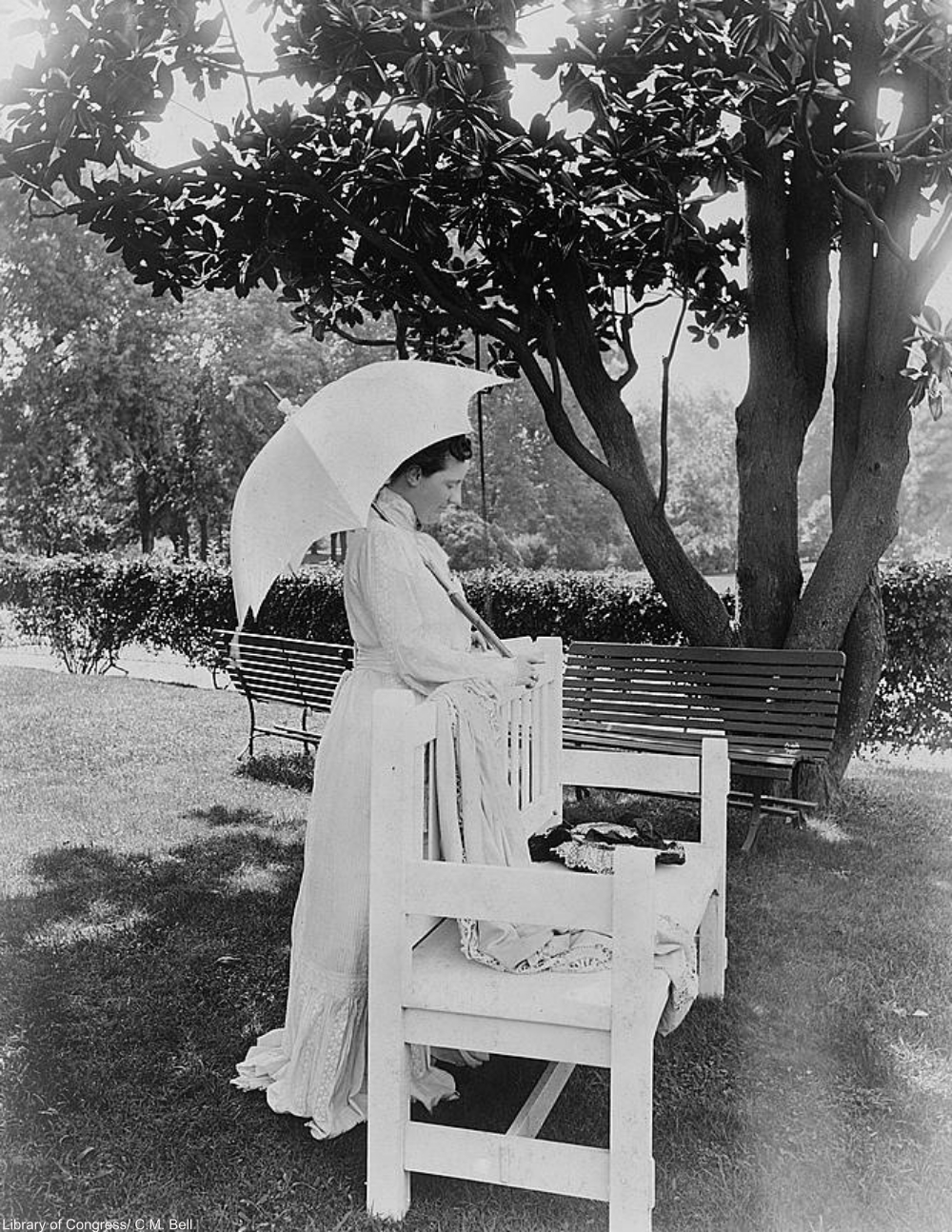 Known as First Lady to the World for her extensive humanitarian work, Eleanor Roosevelt also had her own business in the 1930s with a few other ladies which focused on stylish handmade crafts. Her style was usually feminine and often elaborate, but somehow never flashy. 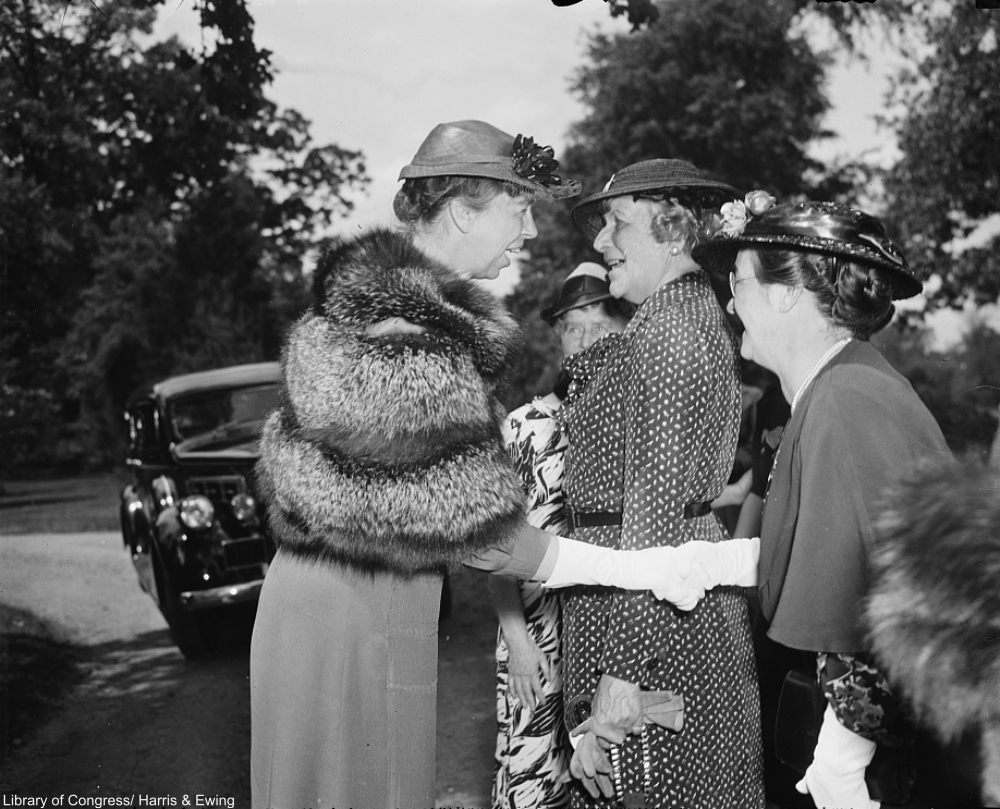 Pink was not so heavily associated with women and girls until after World War II, not only because the nation was experiencing a baby boom, but also because pink was First Lady Mamie Eisenhower’s favorite color. She was often seen wearing this now-iconic color, which some have speculated led to a surge in the number of pink bathrooms, wallpapers, and clothing items during the 1950s. 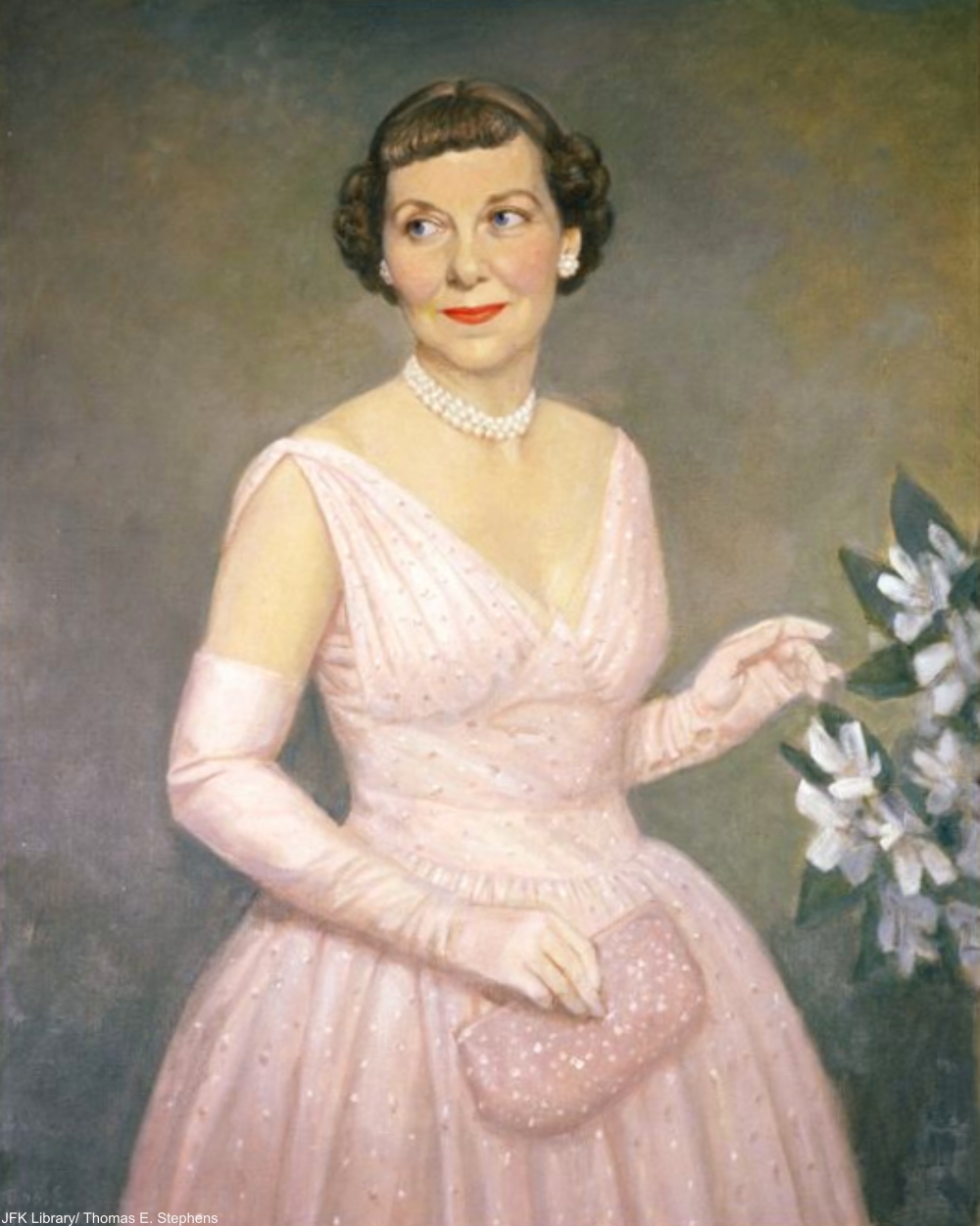 Known for her modest, yet modern style, Jackie Kennedy was criticized during her husband’s campaign for spending too much money on European clothing and later as First Lady for allowing herself to be photographed in swimwear while on vacation. At the same time she was revered for her elegant style and remains one of the most recognizable and influential fashion icons of the 20th century. 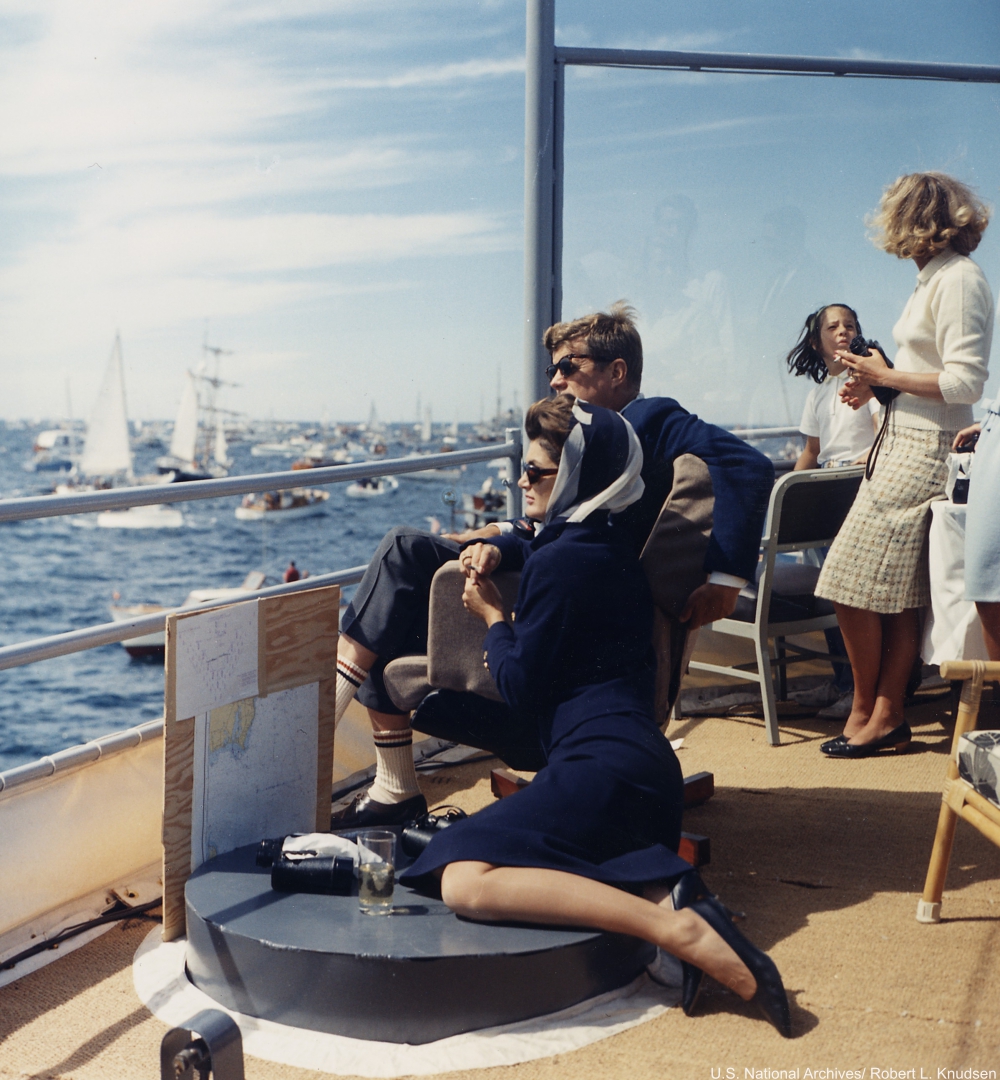 Before the scandal that rocked the nation, Pat Nixon broke an important barrier for First Ladies- she wore slacks in a portrait, something which had rarely been done before, though for the most part she wore dresses or gowns. 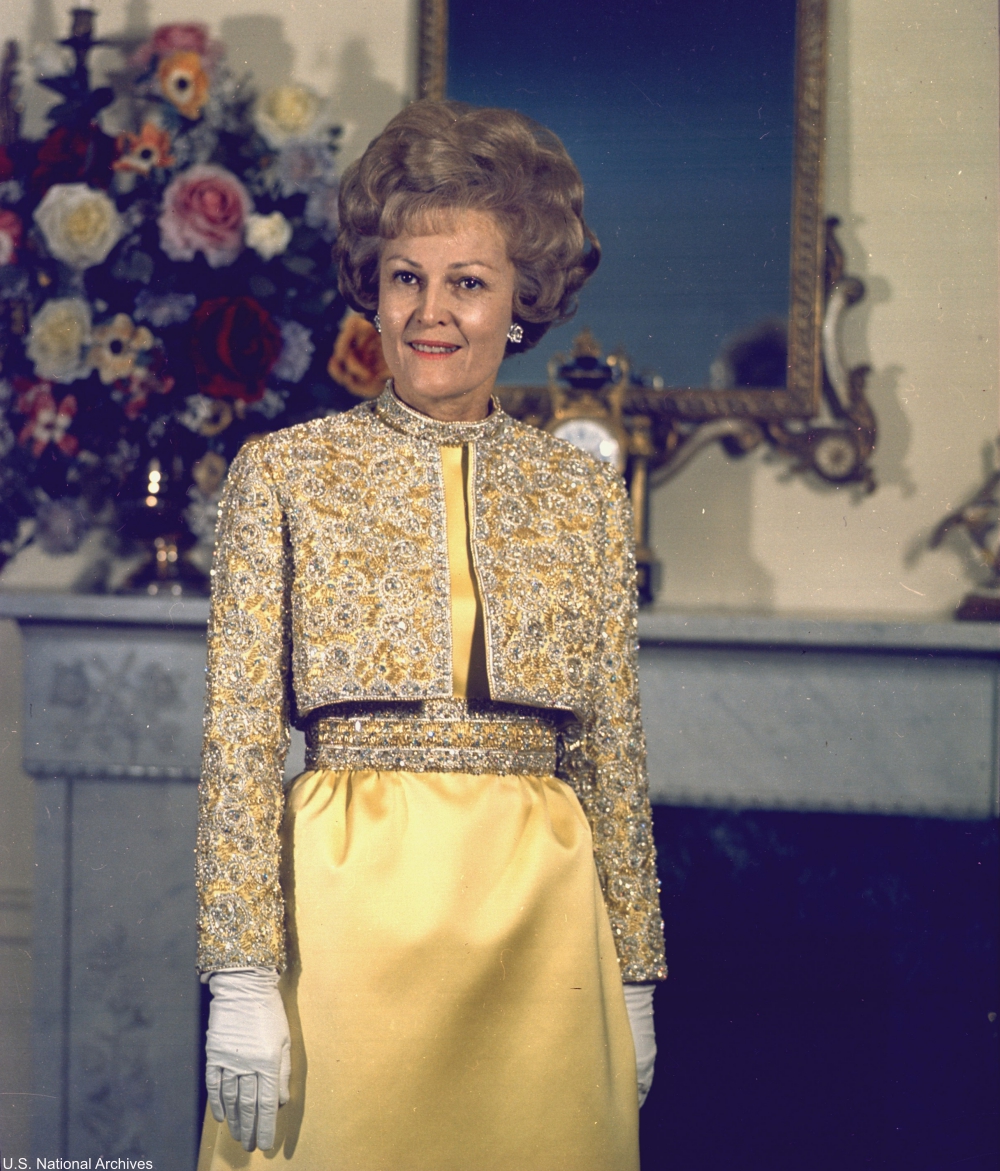 Known for her long gowns and flamboyant style, many of Betty Ford’s most memorable wardrobe items are now housed at the Gerald R. Ford Presidential Museum (including the gown from the portrait below). Her time as a fashion model and then later as a buyer for a department store gave her the tools to express herself vividly via her clothing. 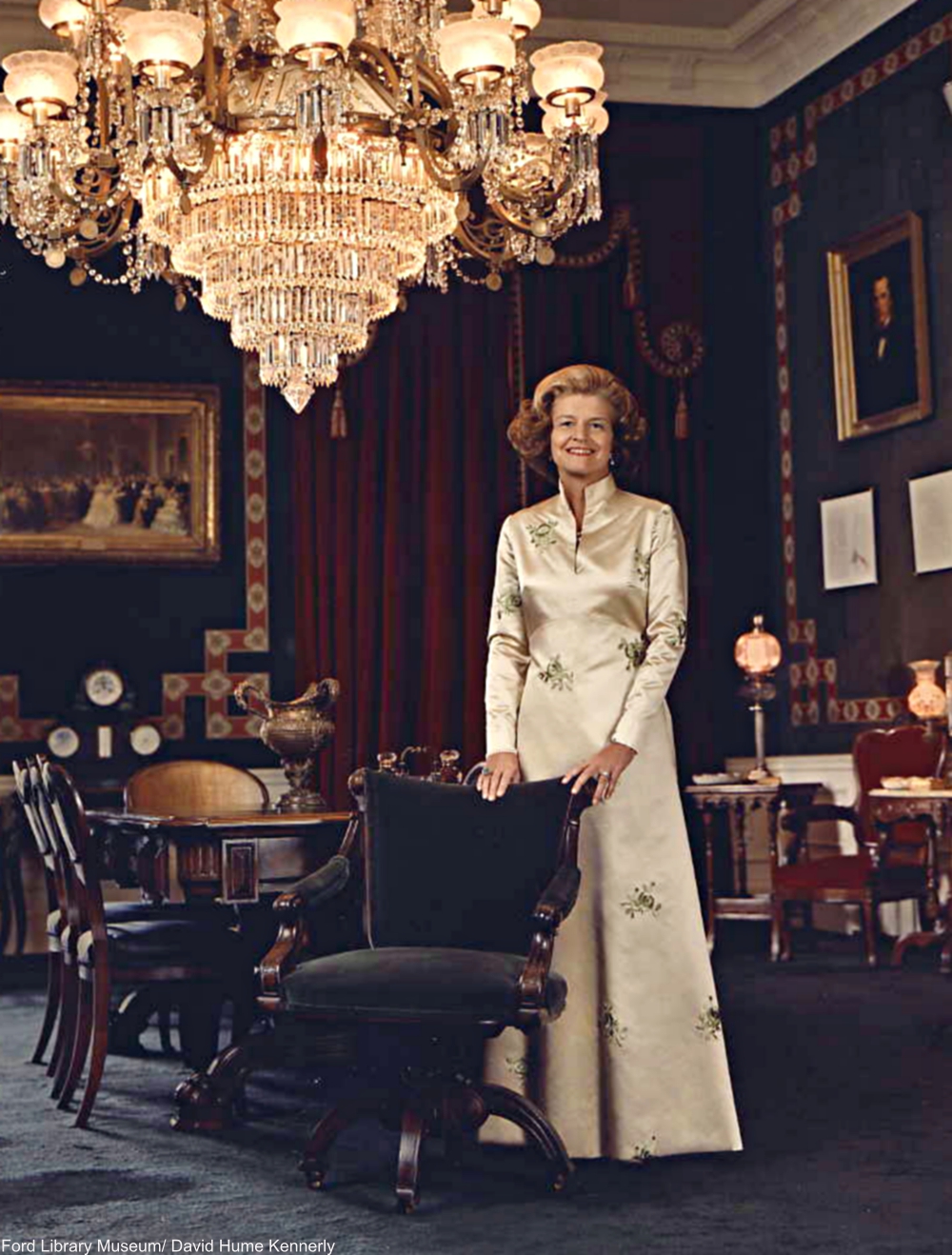 She was known for her frugal elegance and she even brought a sewing machine to the White House, but there’s no denying that her style was, at least some of the time, very glamorous indeed. 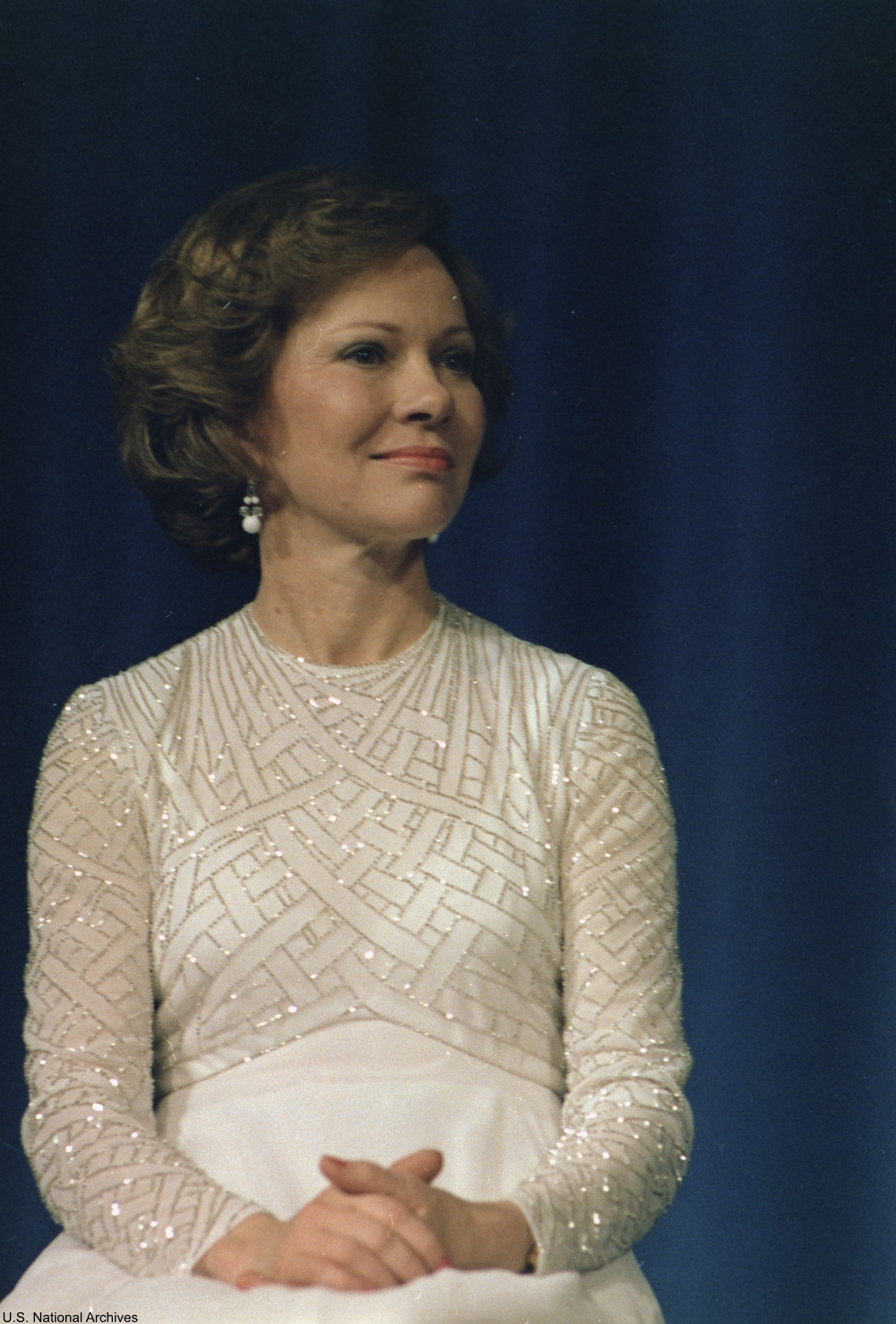 Overwhelmingly, her favorite colors were black, white, and red and she wore usually at least one of her colors during White House events and photos. Having been an actress herself and married to an actor-turned-politician, she was well-poised to become a very stylish First Lady. 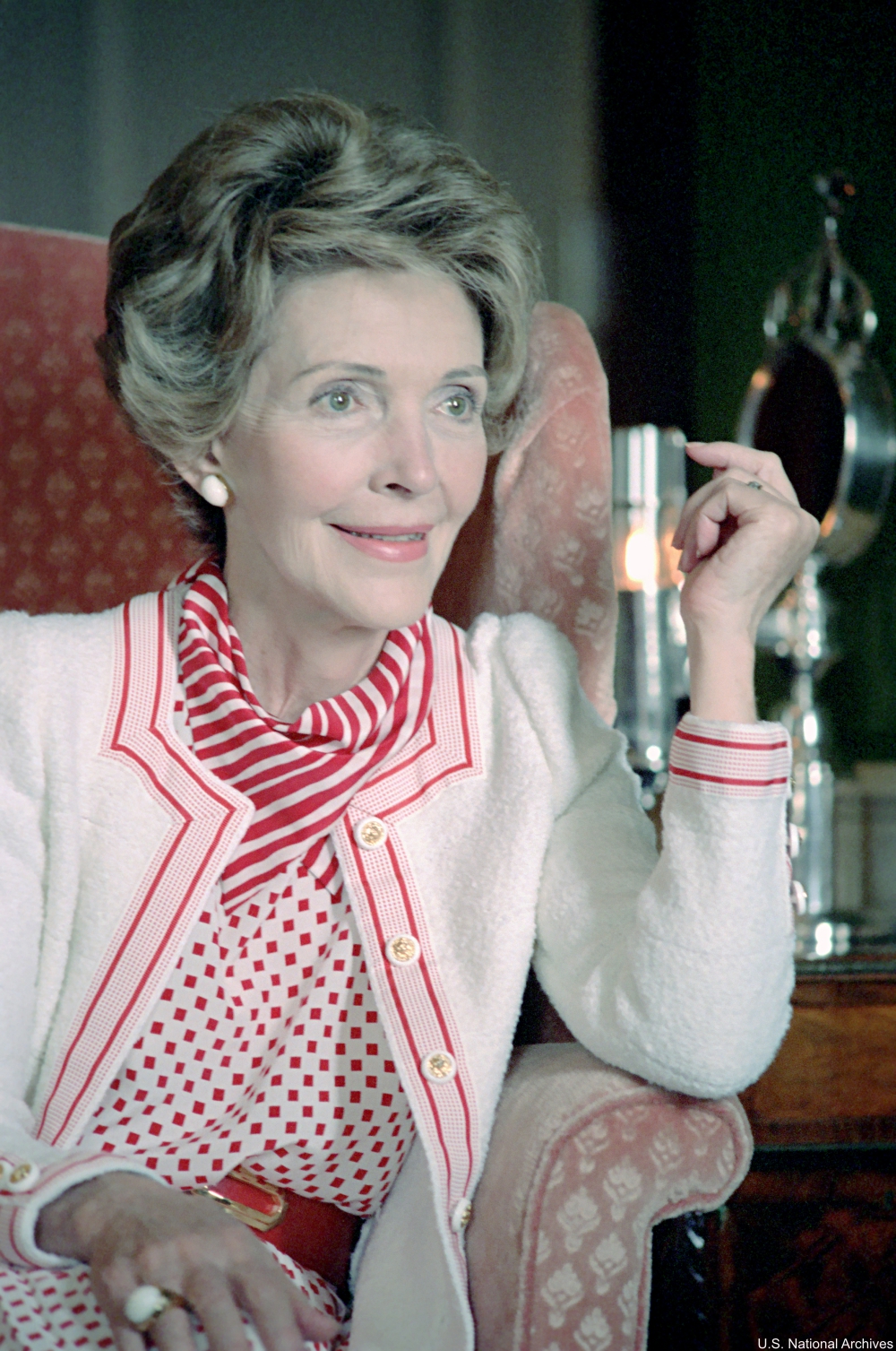 Known for a somewhat more casual style, Michelle Obama’s style throughout her 8 years as First Lady was also characterized by a clear love of vibrant colors. Back in 2009 she came under criticism for baring her arms in an official White House portrait, but it became one of the hallmarks of her fashion style. 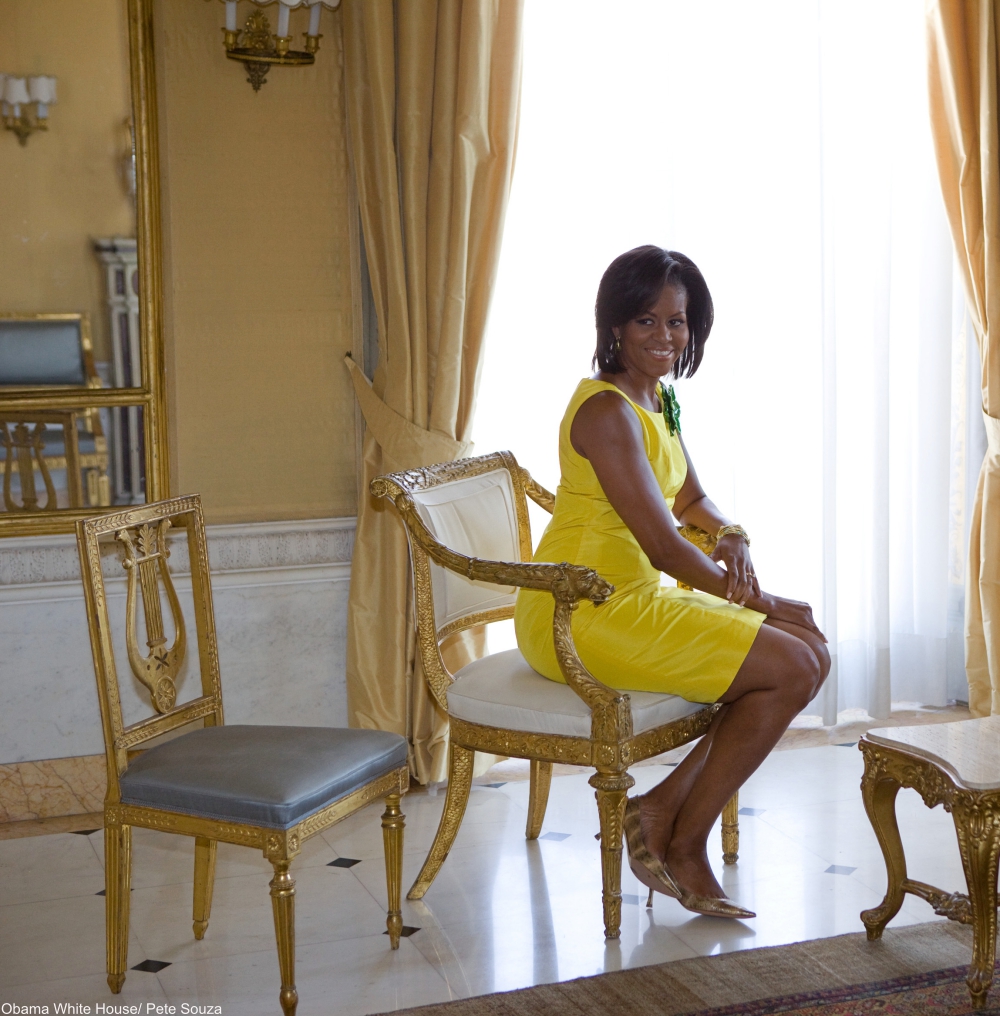 She has come under criticism for her lavish designer outfits, like many other First Ladies. But, Melania Trump’s wardrobe is clearly inspired by her past work in the fashion industry as a model. 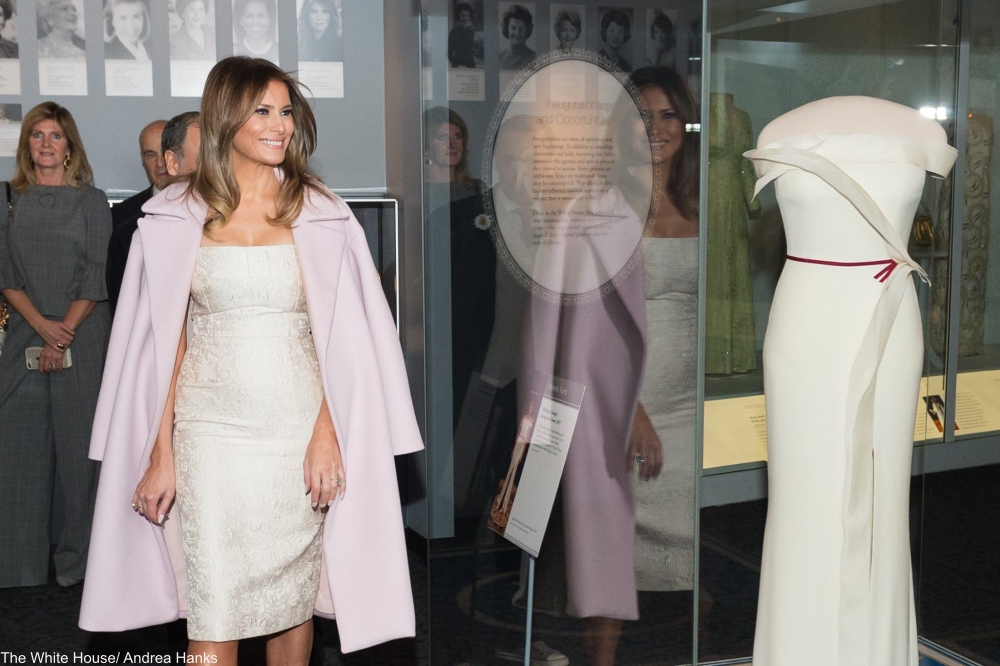