Meet The Fairies That Captured the World’s Imagination in 1917

Such a story of innocence could never happen today, but even in the midst of World War I, people were hopeful that such a thing as real. In 1917 two young girls were able to convince crowds that fairies were indeed among us! Many in the literary and spirituality circles of Europe believed that they were looking at actual photographs of fairies after two young girls, cousins, had created a charming series of photographs that seemed to show a supernatural phenomenon. 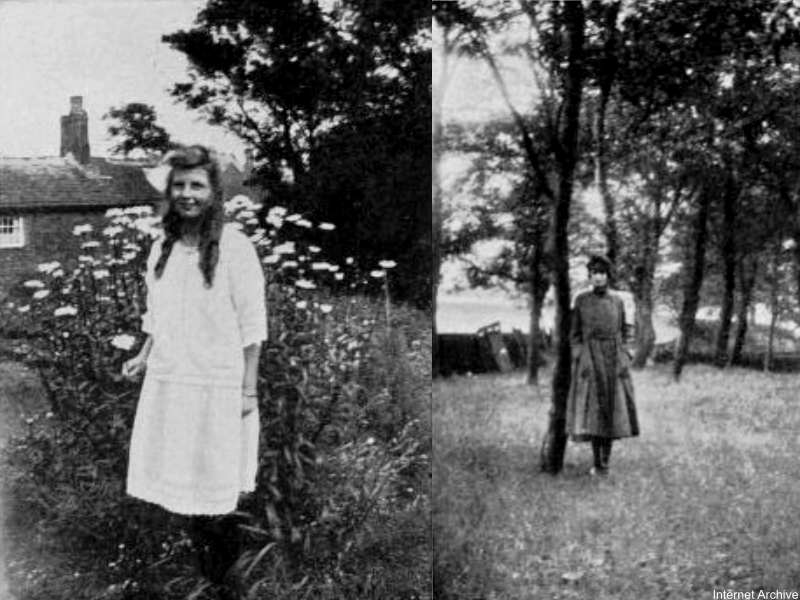 The two girls, Elsie Wright and Frances Griffiths, went out to play near the brook on the property of Wright’s father, one day in Cottingly, England. The girls were 16 and 9 at the time. They had mentioned to Elsie’s father, Arthur, that they had seen fairies previously and asked if they could borrow his camera to try and nab some photographic proof. 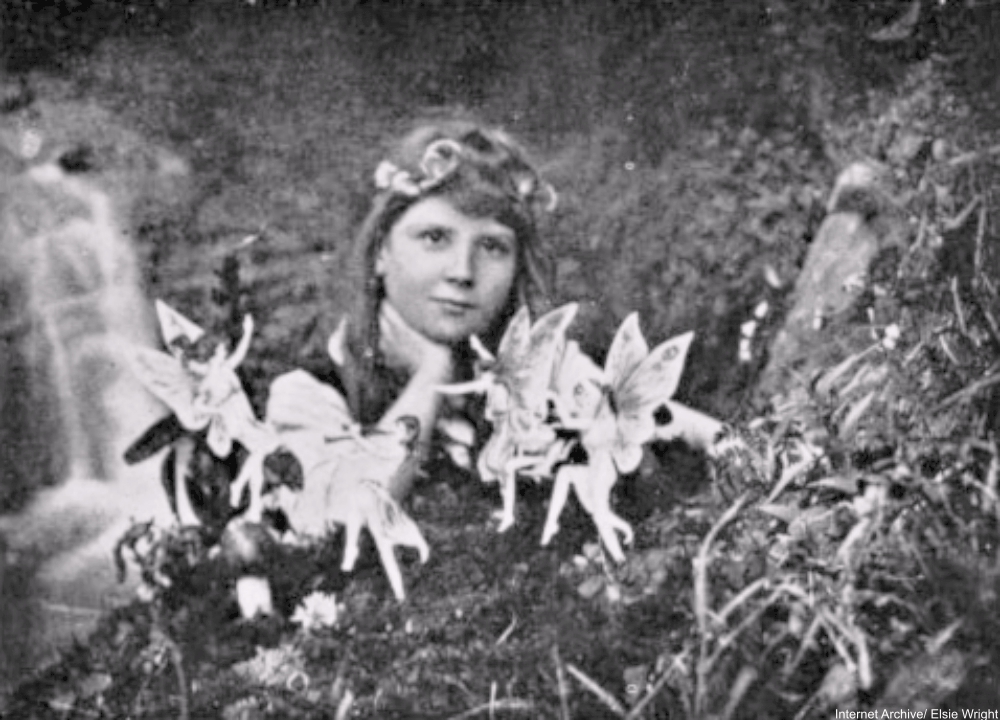 Soon the the two were snapping photos of mysterious happenings. It wasn’t until Arthur developed the photographs that the subject was discovered: there was Frances frolicking with what looked like fairies! 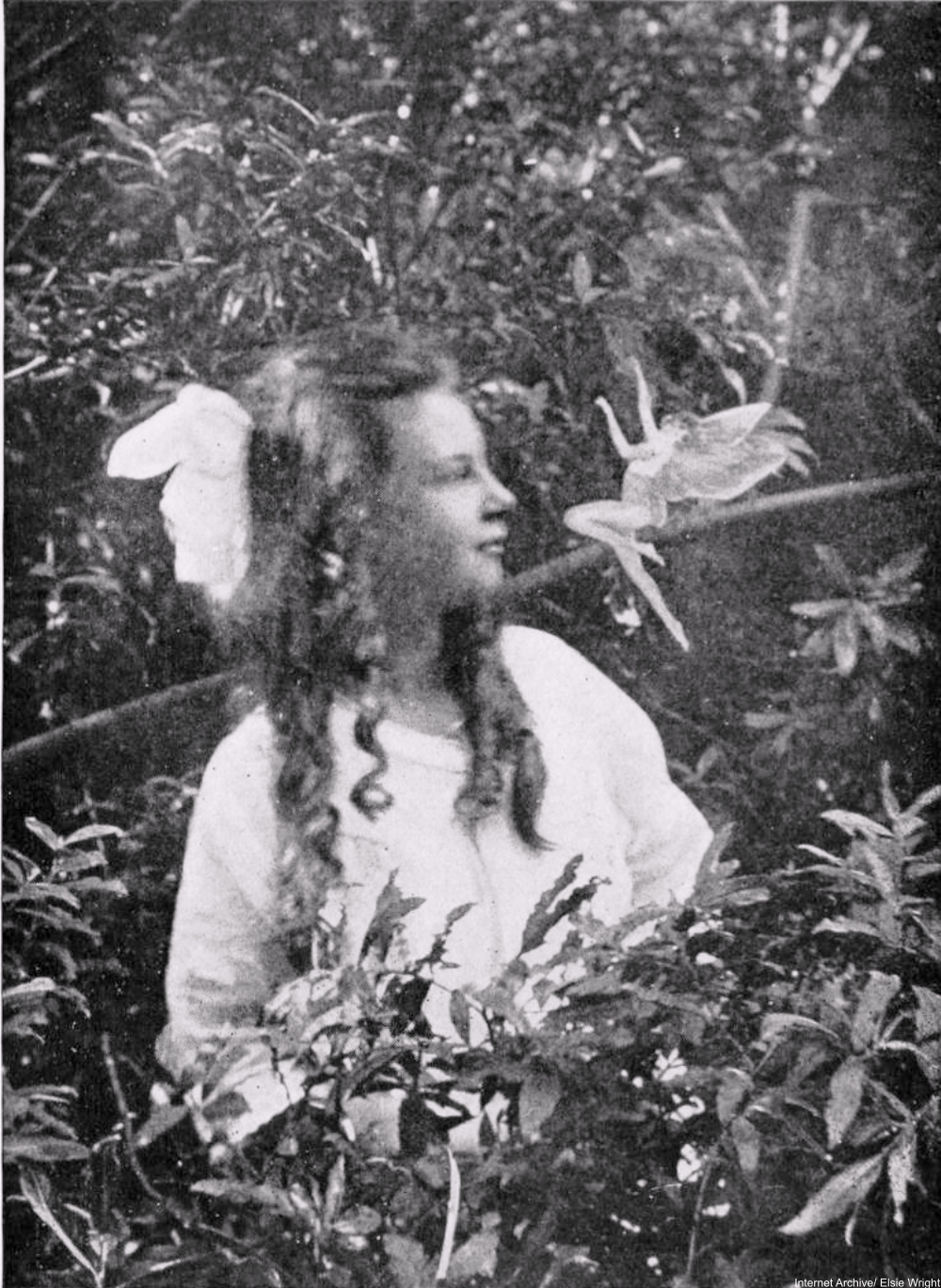 Knowing that Elsie had experience with cameras and darkrooms, Arthur figured she had devised some clever scheme to make the fairies appear in photos. It wasn’t until this process was repeated on several outings over the next few months that Arthur became weary, while Elsie’s mother, a spiritualist, believed that the photos were quite real and took them to the Theosophical Society where they gained attention. 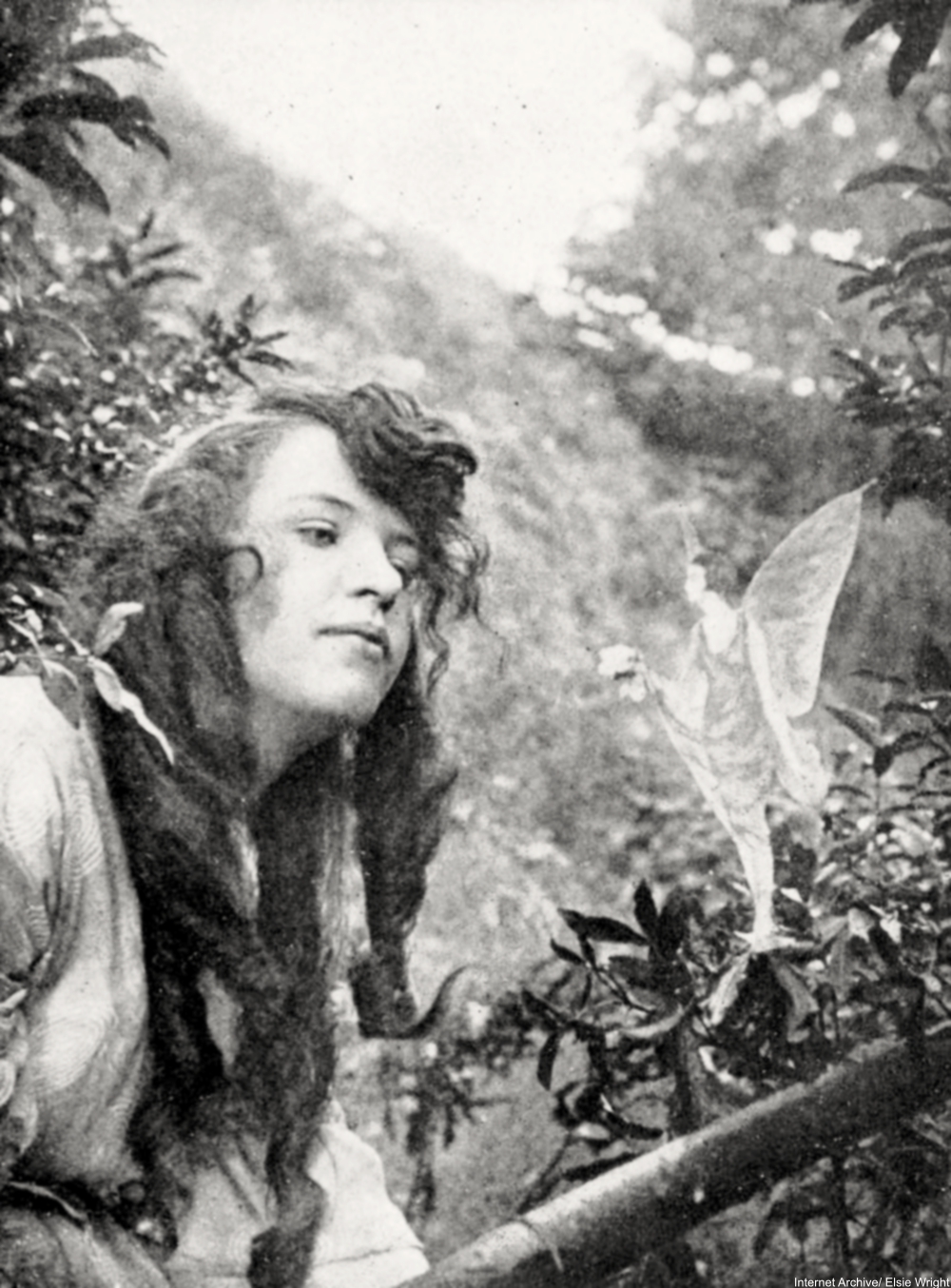 Sir Arthur Conan Doyle, devoted spiritualist and Sherlock Holmes author, published the photos in The Strand and even wrote an entire book about it called The Coming of the Fairies. Doyle proffered that the photographs were genuine, spurring scores of people to also believe in the existence of fairies. 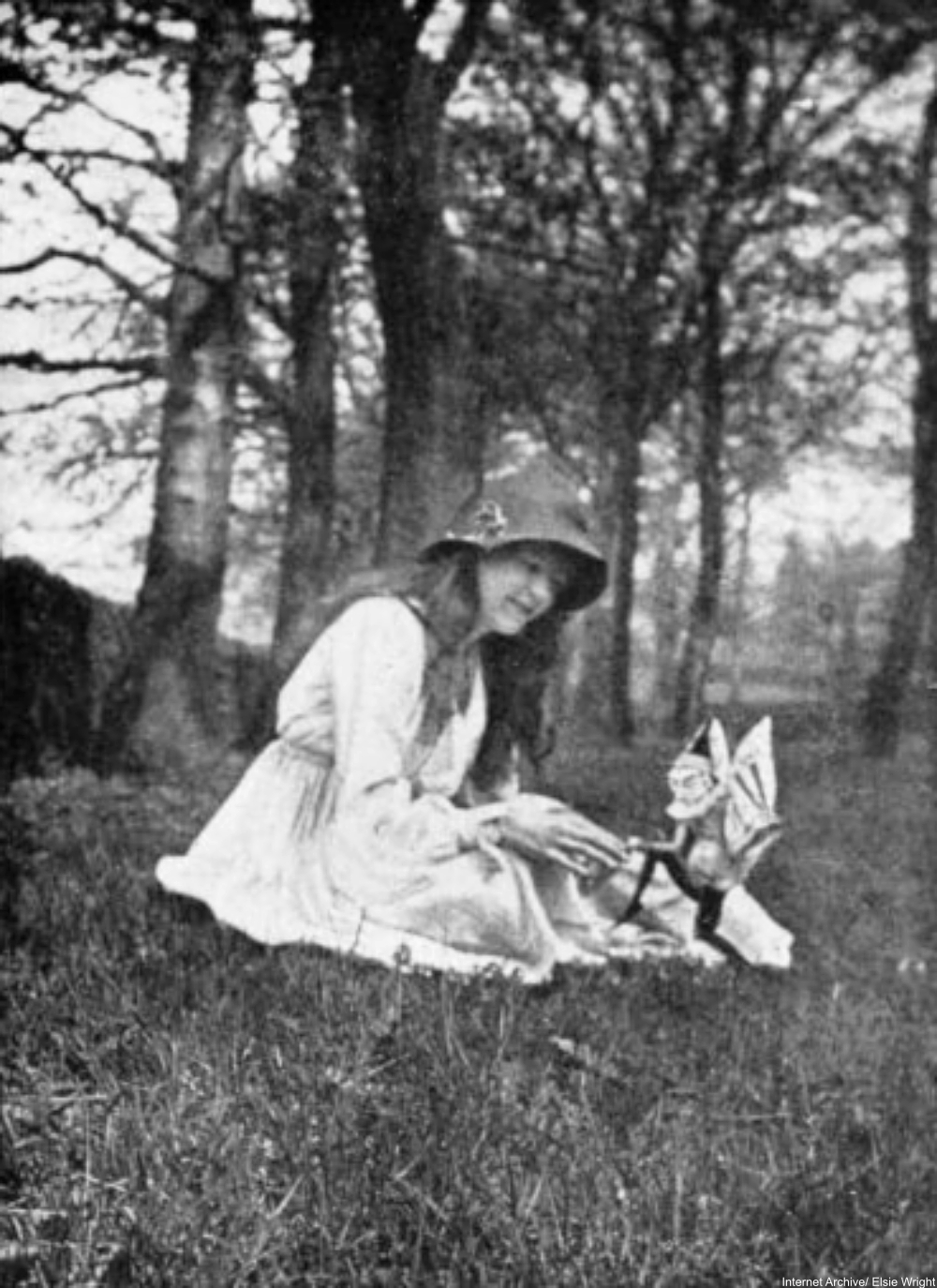 The depictions of fairies seen in the photos were inspired by Claude Shepperson’s illustrations for Princess Mary’s Gift Book, first published in 1914. 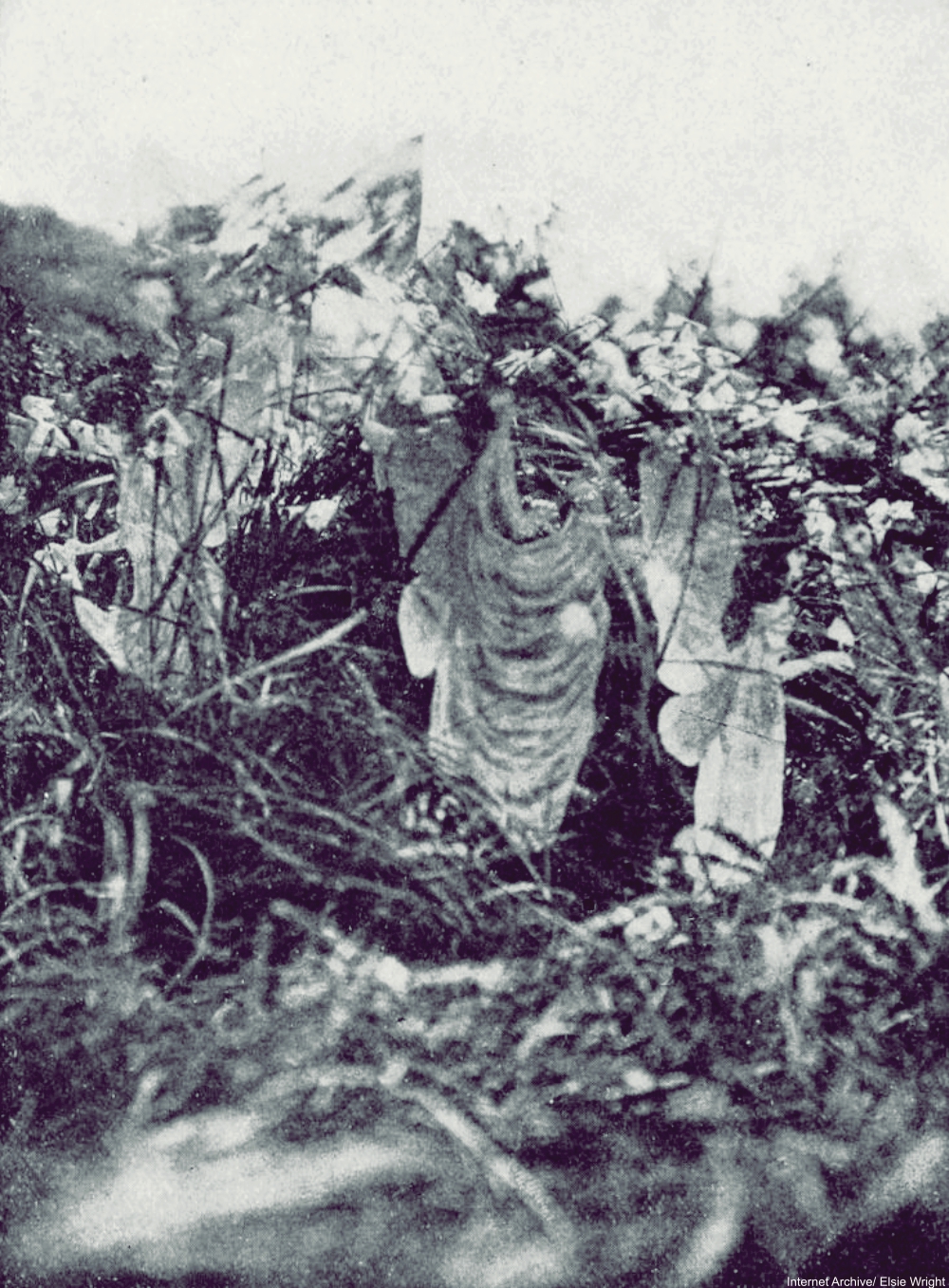 For years the duo maintained mystery around the photos and it wasn’t until near the end of their lives that they finally admitted to pranking the world with their fairy dust. But, there are some who still believe that fairies could just maybe be real.

To find out more about how they altered images before computers click here!