The First Gibson Girl and the “Trial of the Century”

The Gibson Girl is an American archetype that today conjures up images of refined ladies in large hats, their hair styled in high pompadours to match. They were shown riding bikes, making decisions about their future husbands, and generally being more independent than women had ever been shown before. They were also depicted as scheming to marry the wealthy elite in the Gilded Age, a time when such unions were common as unfettered wealth secured the futures of the rich. The inspiration for the first Gibson Girl was a model whose own personal story could have been the basis for hot-selling novel. Her name was Evelyn Nesbit and her beauty and charm caused quite the uproar and even ended in murder for one unlucky fellow. 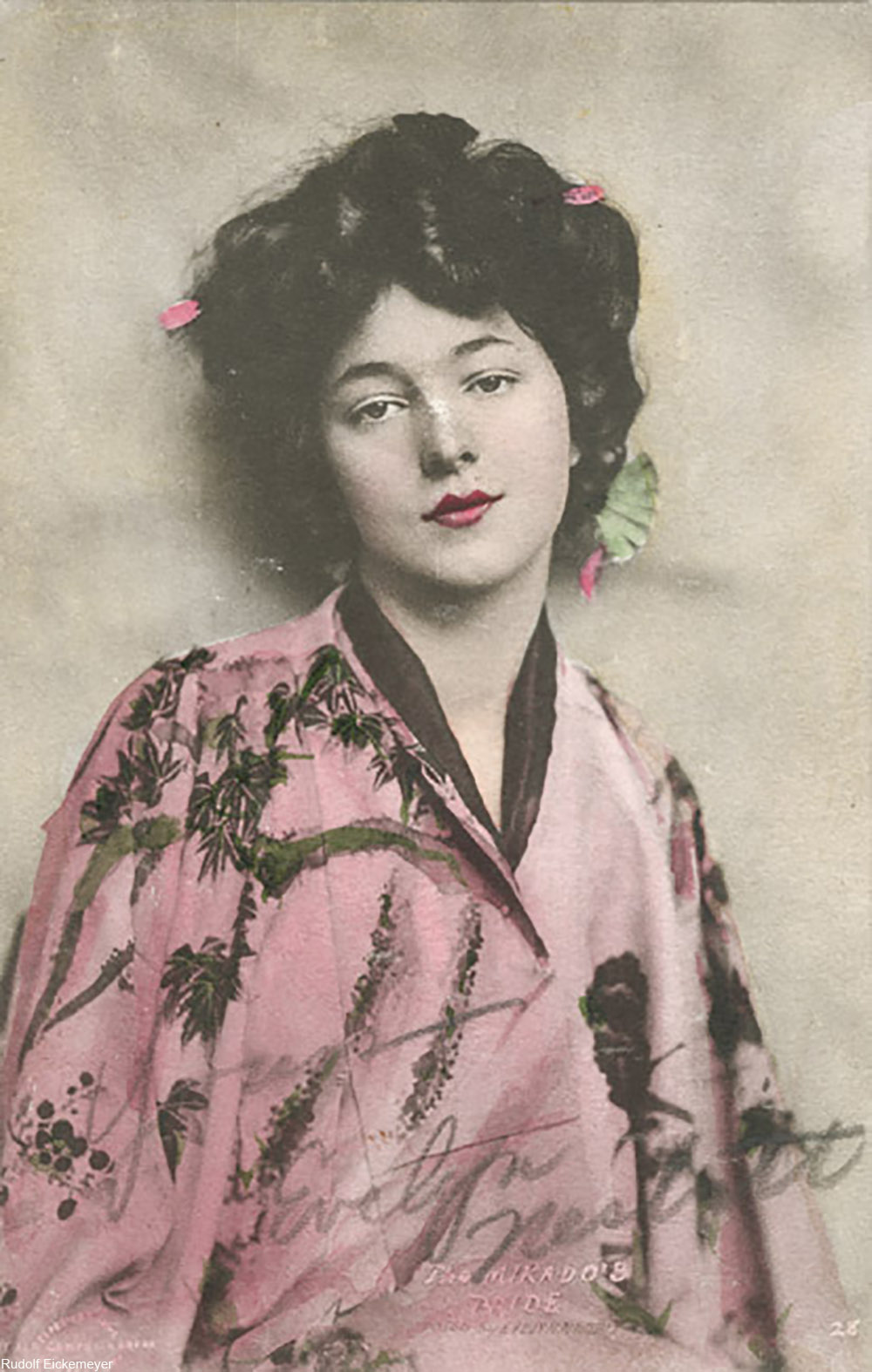 Nesbit was born in 1884 or 1885 (sources vary on the year) in Pennsylvania to an attorney father and seamstress mother. When her father died suddenly the family was left with no money and Evelyn (then known as Florence), her mother, and her siblings all got jobs at a Wanamaker’s department store in Philadelphia. It was here at the age of only 15 or 16 that she was scouted by a female artist to pose as a model. It was good money and her natural poise soon made her a popular model for several different artists.

When the family moved to New York City, financial struggles urged Nesbit’s modeling career forward, bolstered by letters of introduction from artists she had previously worked with. 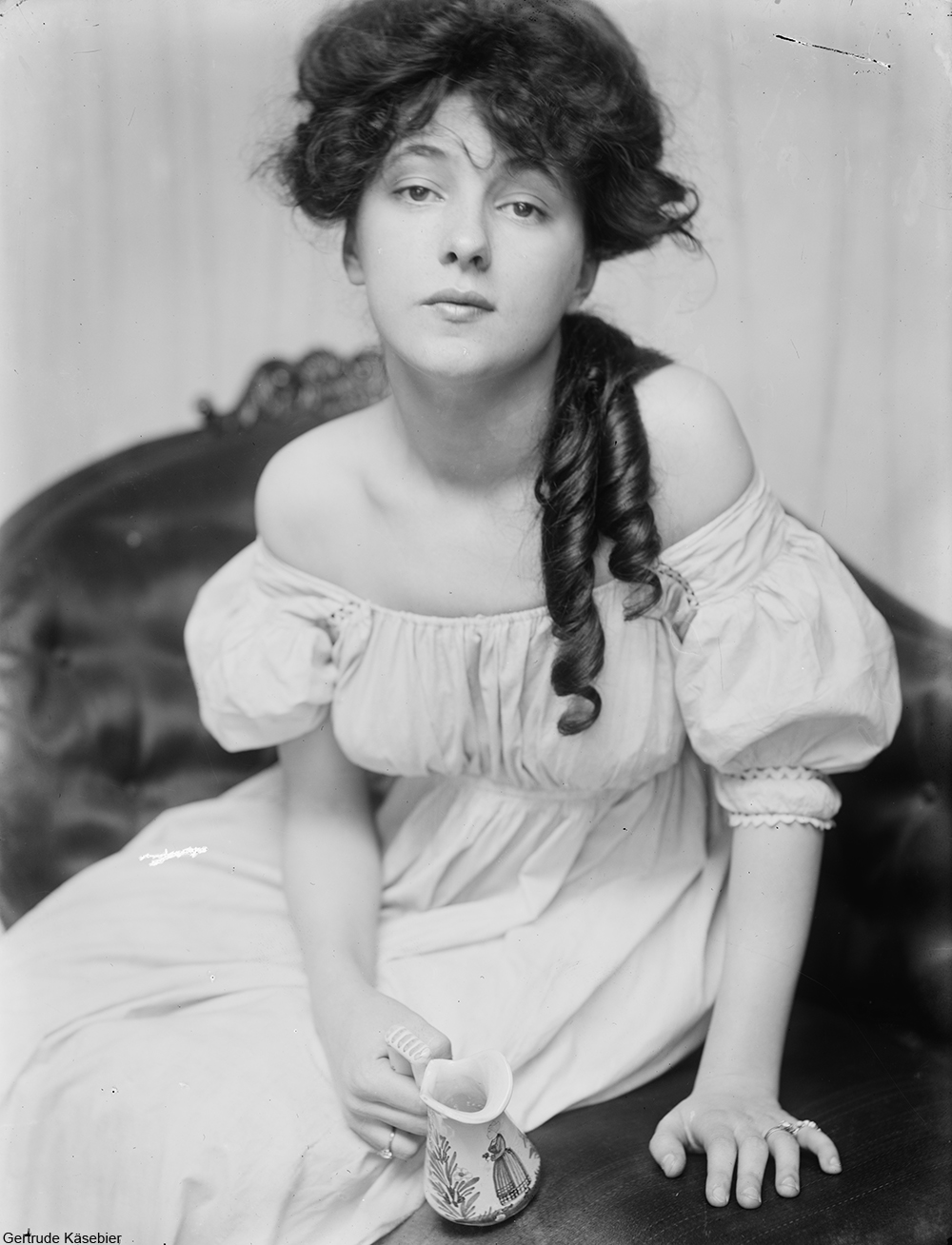 One of the artists who used Nesbit as a model was Charles Dana Gibson, creator of the now-famous Gibson Girl. Gibson’s drawings of young women of the era are not always flattering in a moral light, but are breathtakingly gorgeous in the physical sense.

While it can said that the inspirations for the characters and clothing probably came from many different sources, the direct gaze and the half-shut eyes of the women in Gibson’s drawings are very clearly taken from Nesbit’s way of modeling, as can be seen in early photographs of her. The resemblance is uncanny, partcularly “The Eternal Question” drawn from a photo by Rudolf Eickemeyer, Jr. 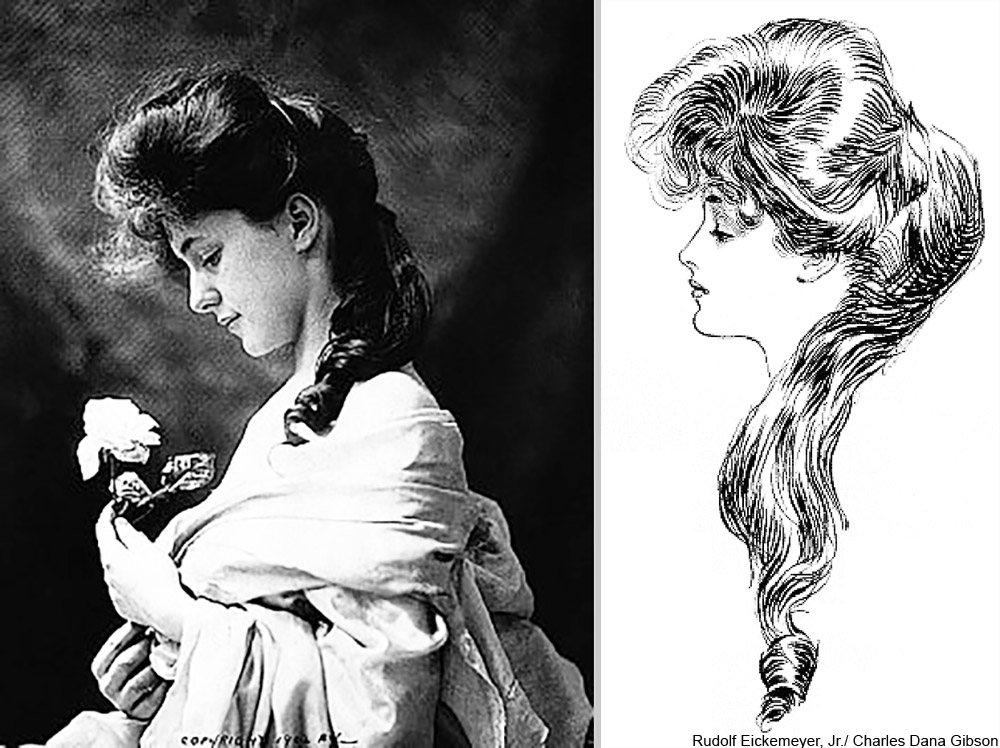 Soon Nesbit was acting on stage, even amidst the protestations of her mother who didn’t want a model and actress for a daughter. At the time these were scandalous professions to be in, despite the fact that there were few other options for single women to earn more than a pittance at dressmaking, cleaning, or shopkeeping. 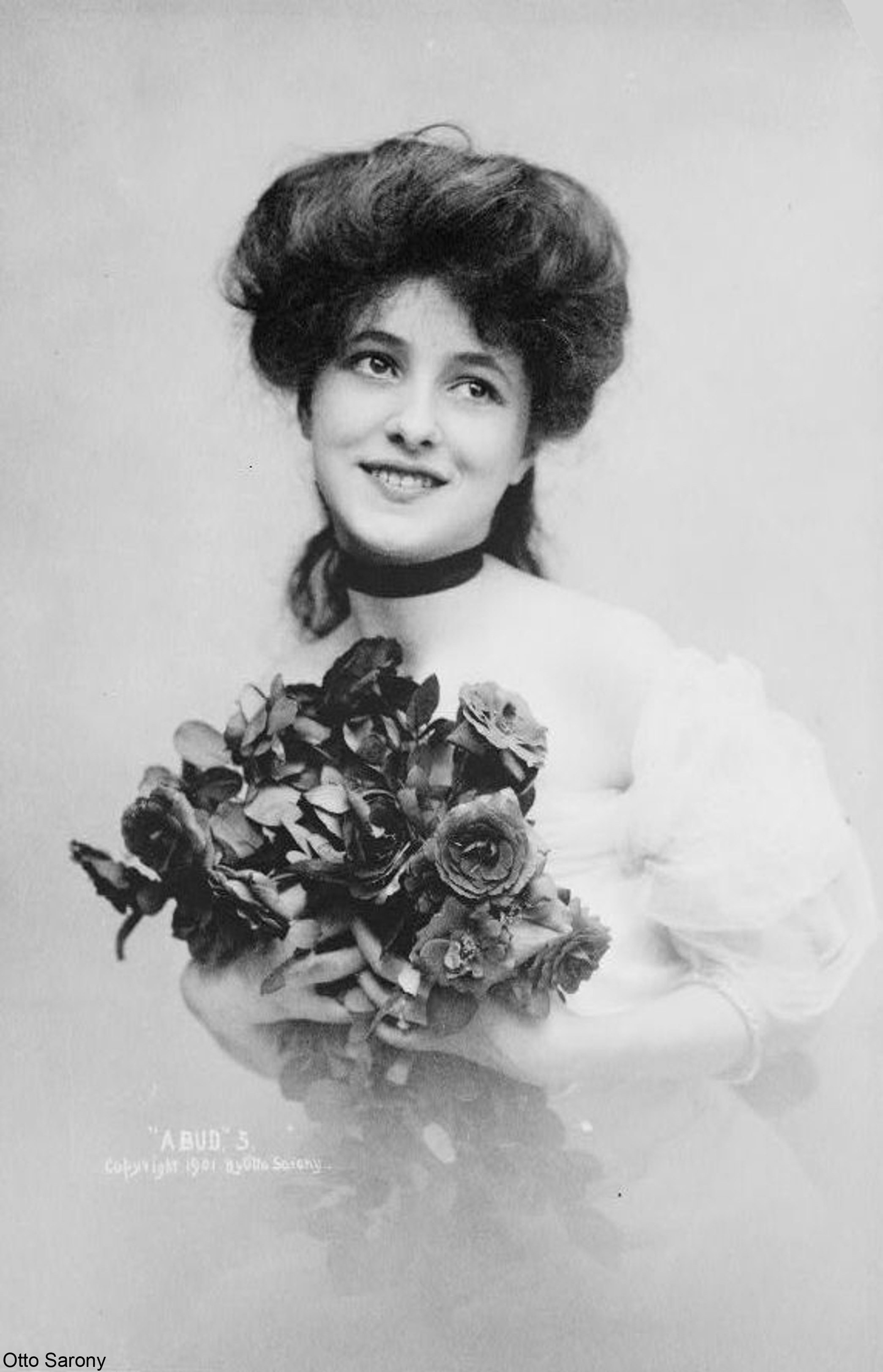 The public professions of modeling and acting often came with expectations from wealthy male “patrons” of the young stars (something ballet dancers also endured). A man like this might come to an actress’ dressing room after the show, bring her expensive gifts, and flirt with her at his pleasure. Many times it was expected that the actress would become his mistress or worse– his prostitute.

In 1901 Nesbit met the architect, Stanford White, at a high society event which she had been invited to because of her acclaimed stage performances. White was rich, charming, intent on gaining control of Nesbit’s life, and also had his own wife and children to boot. He sent her to the dentist and gave her mother money, all while he meticulously monitored what she ate and eventually convinced her mother to leave the girl in his charge for a time. 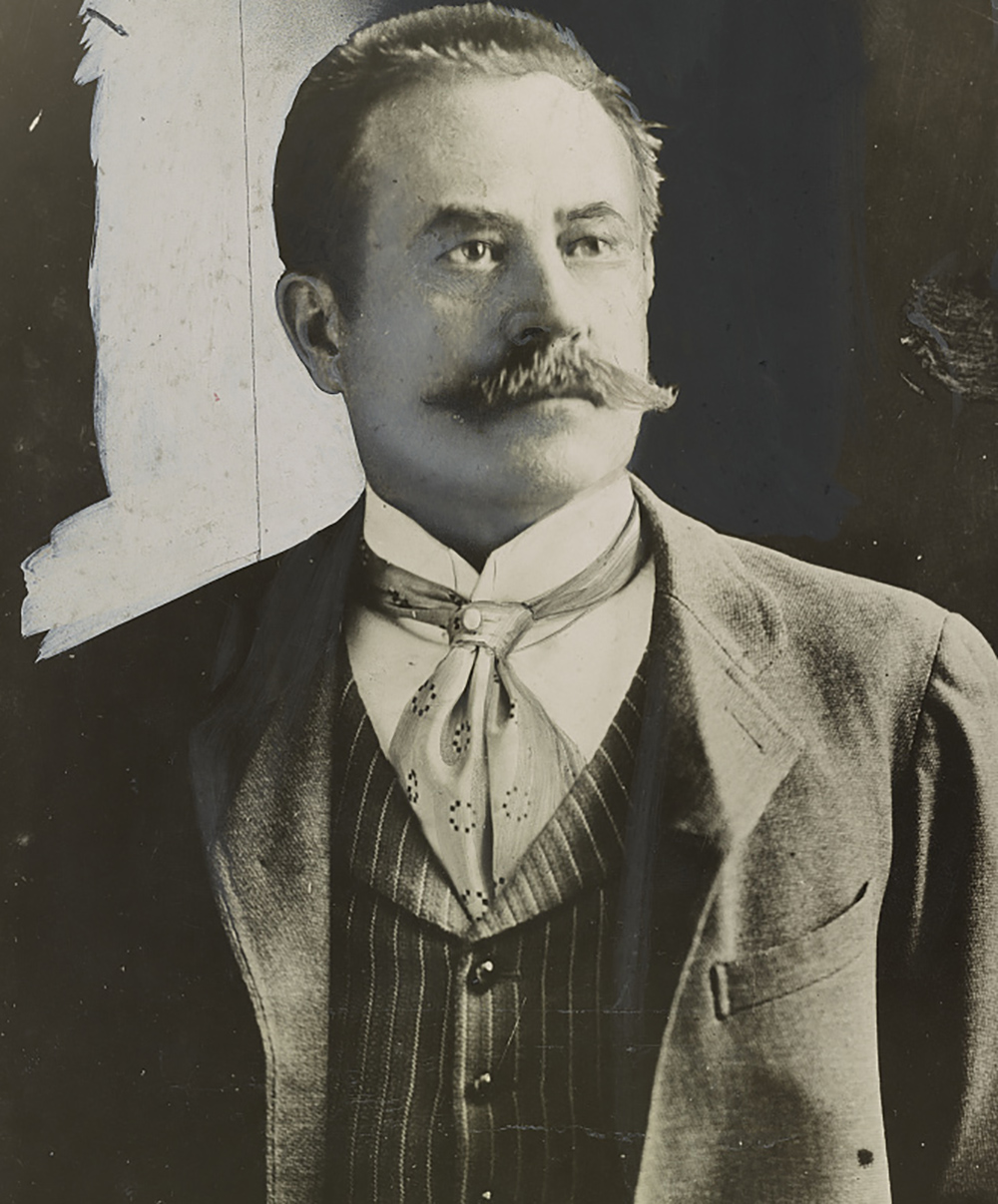 During this period of supervision White gave her “bitter tasting” champagne which was probably drugged. Nesbit woke up without her clothes on, though at the time it was not considered by Nesbit to be an issue of consent or sexual assault. White and Nesbit began a romantic relationship after that point, with his fatherly ways turning to those of a controlling partner.

When Nesbit needed to have her appendix out she was unable to perform for a whole year, during which time a new suitor, whose family had made it rich in the coal business, came on the scene. Nesbit was not short of men pursuing her at various levels, including famed actor John Barrymore, but the new fellow, Harry Thaw, went above and beyond. Thaw paid for Nesbit and her mother to go to Europe for that year of unemployment and he soon proposed to her. 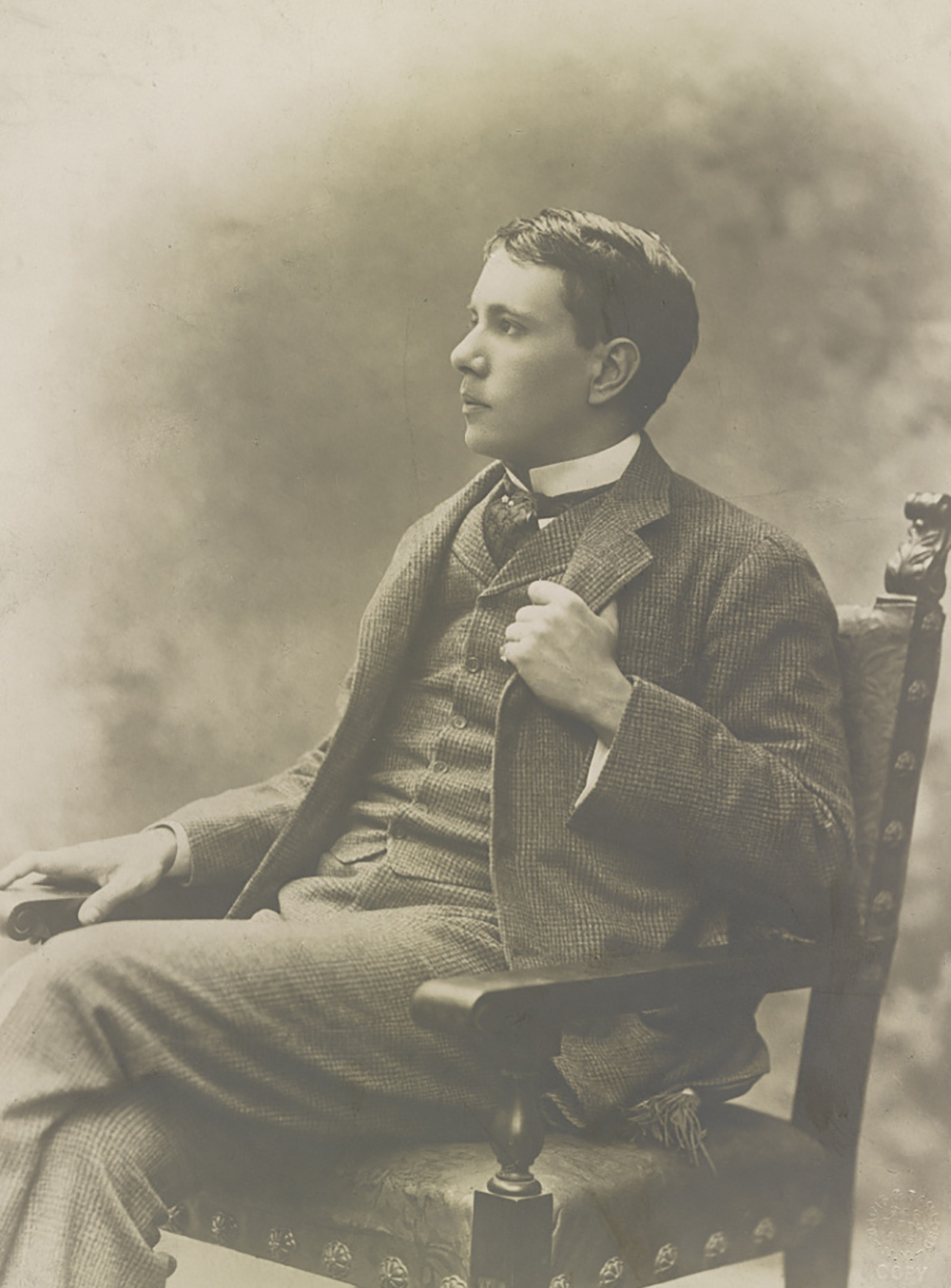 Despite reports of Thaw’s unstable mental health, Nesbit saw the good in him and the two were married in April of 1905, only after Nesbit had told him all the sordid details about her previous relationship.

By June of 1906 Thaw had become obsessed with the injustice of White’s actions, what he thought “spoiled” his wife forever. At a performance at Madison Square Garden, a building which White designed, Evelyn and Harry spotted him at a table on the rooftop. Thaw took out a gun and quickly shot White in the head three times while shouting, “He ruined my wife!” at top volume. 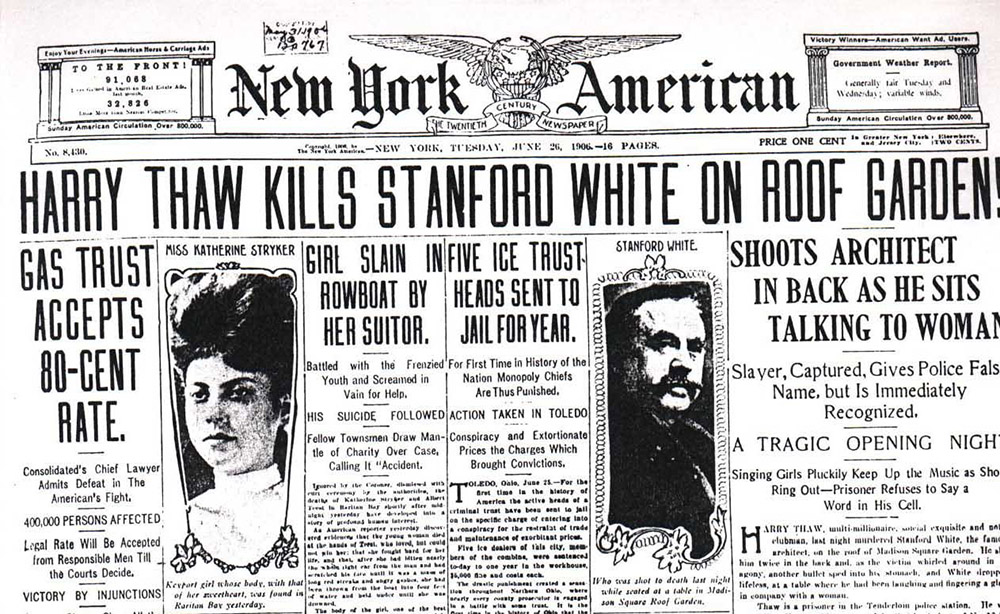 The ensuing legal battle became known as the “trial of the century”. The press had a field day with the story of revenge, jealousy, sadism, and celebrity that ensconced every detail of the case. The final verdict for Thaw, after two trials, was not guilty by reason of insanity. But, his questionable mental health landed him several years in a mental institution. After the birth of a son which Thaw denied paternity of, the couple divorced in 1915.

Life After the Trial

In May of 1921 Nesbit had opened her own tea room in Manhattan just off Broadway. However, this business prospect didn’t last long as she was the object of several robberies and one kidnapping attempt – not to mention that the income from the restaurant was poor. Nesbit had remarried by this point, but the romance was short-lived and the couple were estranged for decades before obtaining a divorce in the 1930s. 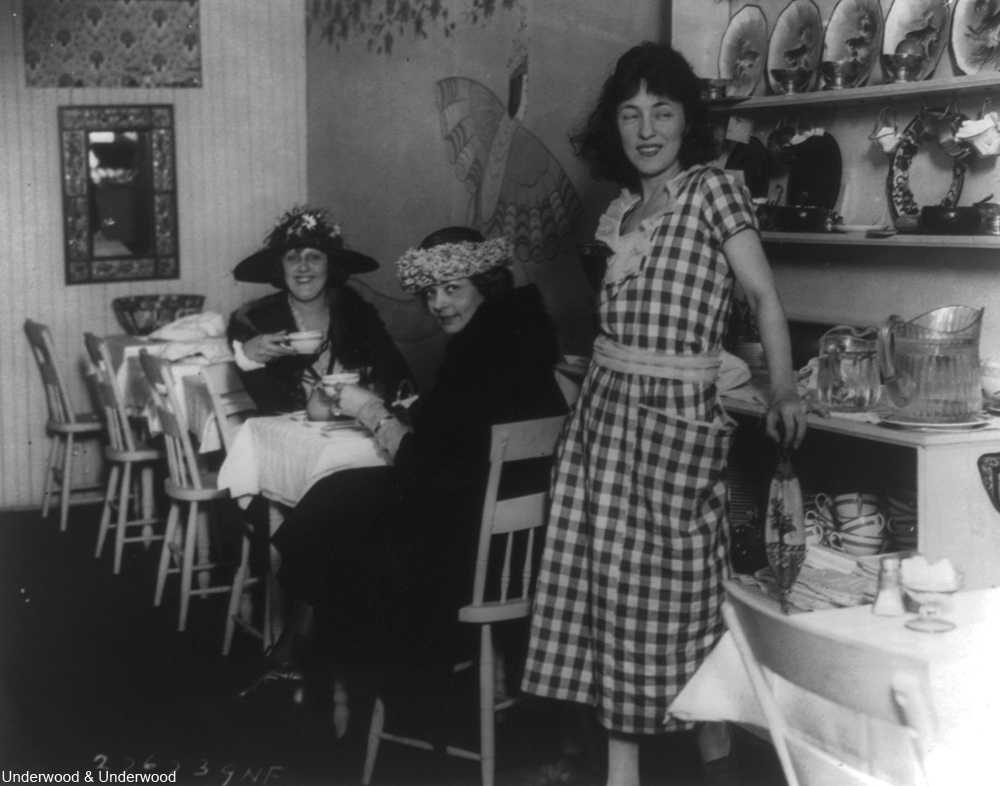 Nesbit (in the checked dress) in her tea room, 1921. Via/ Library of Congress

Between 1914 and 1922 Nesbit appeared in several silent films and by 1926 was performing at the Moulin Rouge club in Chicago. After being fired from the entertainment house and a bumpy suicide attempt, Nesbitt fell into a period of morphine and alcohol addiction.

She later moved to California during World War II and eventually returned to an earlier passion of hers: ceramics. Nesbit created her own pottery and taught ceramics and sculpture at the Grant Beach School of Arts and Crafts in Los Angeles. 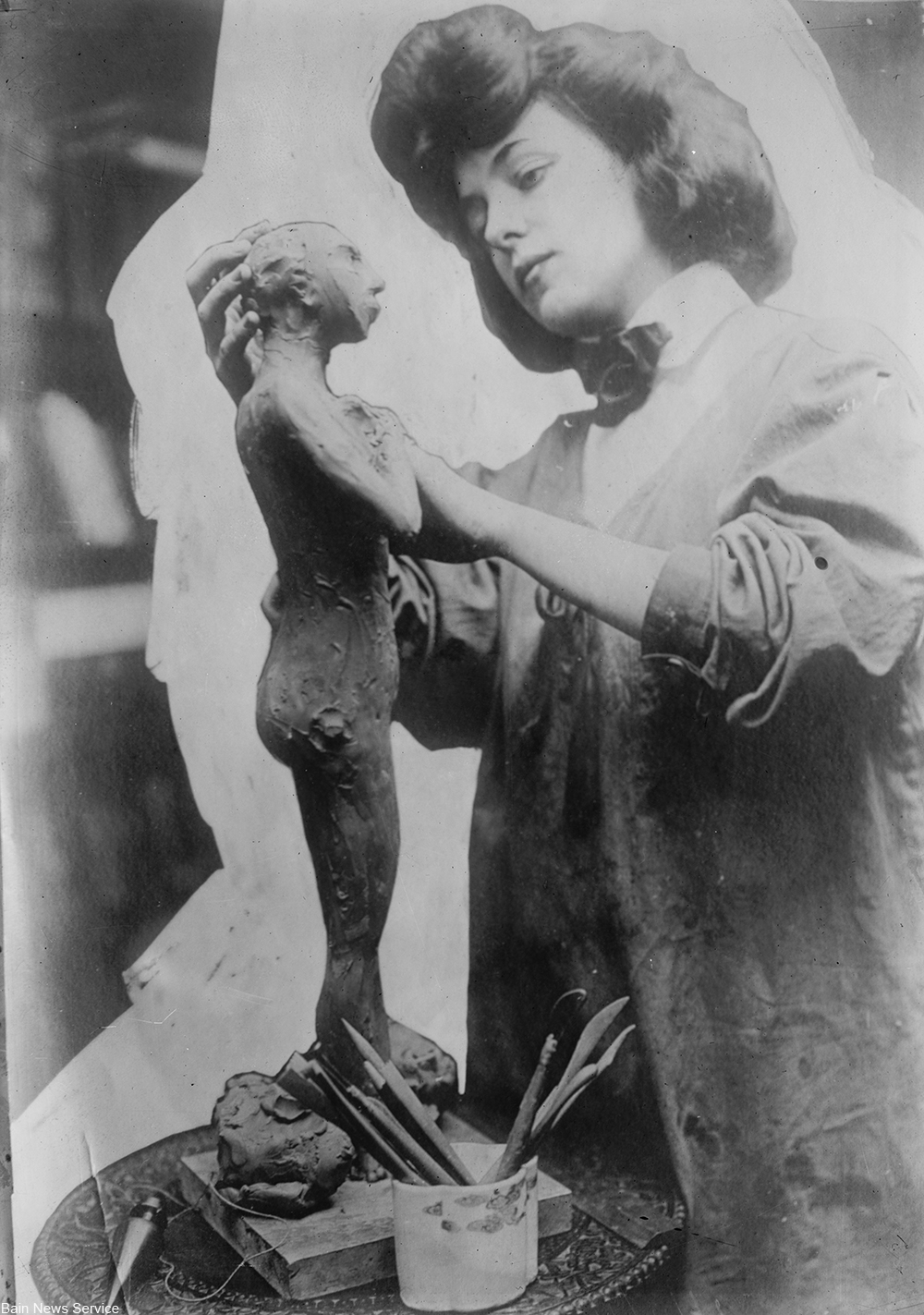 Nesbit in her youth. Via/ Library of Congress

Nesbit’s story inspired the 1955 film The Girl in the Red Swing with a young Joan Collins in the lead role. But, interest in this sordid tale has continued as Nesbit’s “lost” memoirs have been found once more. They were re-published in 2006 under the title Tragic Beauty: The Lost 1914 Memoirs of Evelyn Nesbit based on a 1914 book, although Nesbit also wrote another memoir in 1934.

Nesbit died in 1967 at the age of 81 or 82, having moved on from a traumatic few decades into a place of peace with her art and herself. According to her grandson, she lived a Bohemian lifestyle in which the prying eyes of the world were ignored. The first Gibson Girl, the woman who has since been described as the world’s first supermodel, finally found some peace after having been a victim and a tabloid topic for decades.