Dogs have a knack for finding bones – you hear it often enough on true crime podcasts. But one pet owner in the UK is left stunned after his dogs led him to a different kind of bone discovery: a whole skeleton that is believed to be from the Jurassic period. 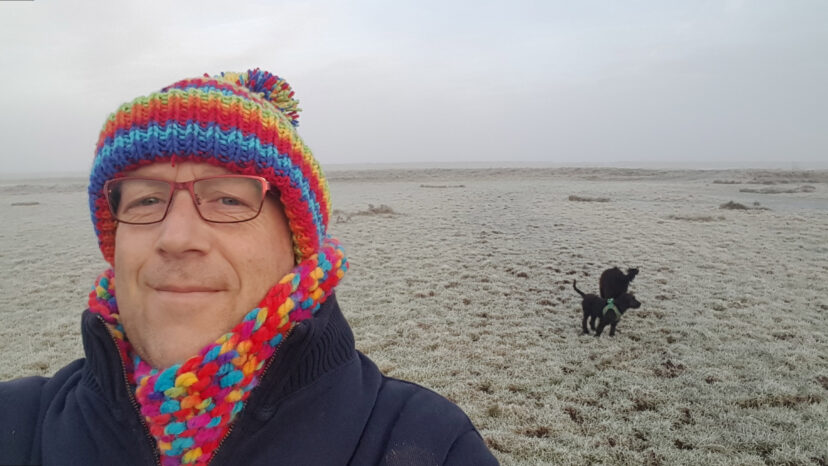 While not officially dated, the five-and-a-half foot-long fossil is believed to be that of an ichthyosaur – a prehistoric sea mammal similar in appearance to a porpoise. They were thought to have lived 199.6 million to 145.5 million years ago.

54-year-old Jon Gopsill was the one who discovered the skeletal remains while out enjoying a walk with his two dogs, Poppy and Sam, on Saturday the 14th of December off the coast of Stolford, Somerset. 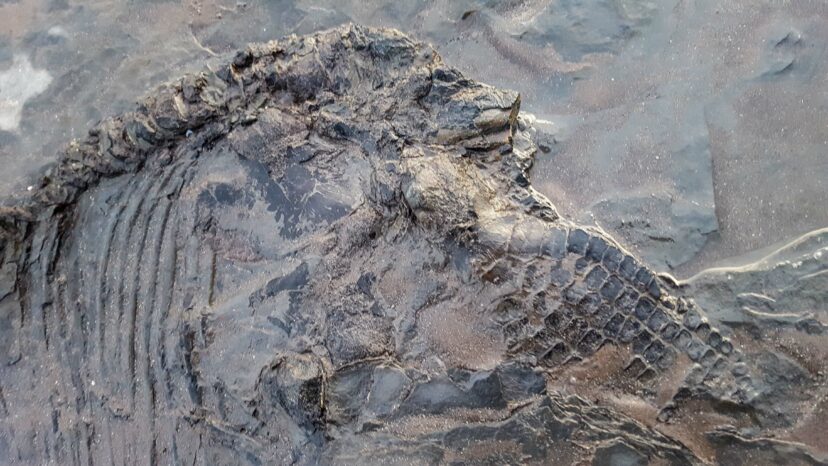 The man was out with his dogs near some rocks on the beach while the tide was low because “they like playing there.” He often takes Poppy and Sam to the beach, however, recent storms had moved the landscape so Jon was able to come across the ancient skeleton while following his dogs.

As he recalled, “We were at the beach when I saw this thing and thought ‘what’s that?’ so I went a bit closer and thought ‘wow.’”

Jon then added, “I realized that it was amazing, museum-quality stuff, as soon as I saw it I knew I found something special.” 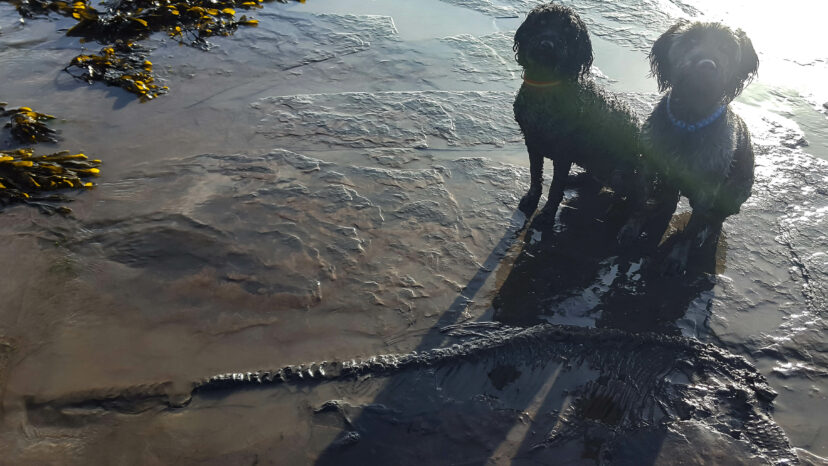 Jon us an amateur archaeologist, so whenever he goes walking, he always keeps an eye out for preserved remains. He already has a collection of ammonites – ribbed spiral-form shells of extinct marine mollusks. Of course, this recent find is definitely one of his more impressive discoveries.

As Jon stated, “I thought it was obviously a fossilized sea creature, possibly an ichthyosaur. I was just blown away to see it there. It really is incredible that it has survived for such a long time and is now just there for everyone to see.”

Jon made sure to get pictures of the skeleton as well as report his discovery to both Somerset Heritage and the Natural History Museum. 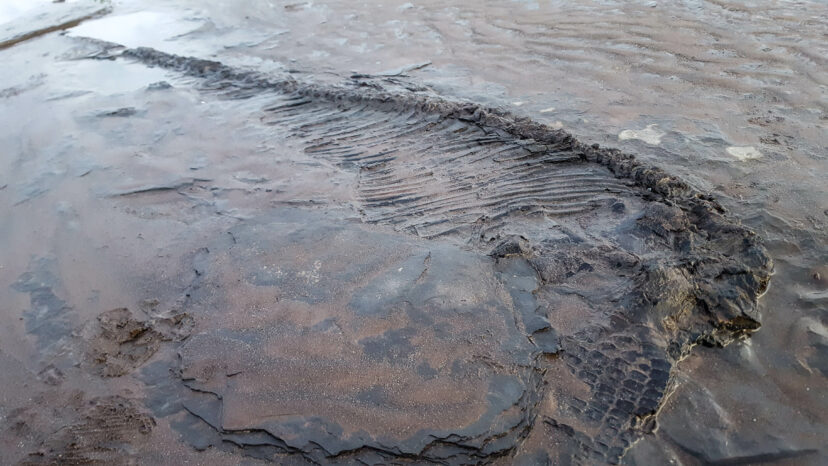 Dr. Mike Day, the curator in the Earth Sciences department at the Natural History Museum, confirmed that the skeleton was most likely an ichthyosaur, but he is unable to say for certain without inspecting it personally.

As Dr. Day said, “Looking at this specimen, based on the number of bones in the pectoral paddle, the apparent absence of a pelvic girdle, as well as the distinctive “hunch” of the back, this is likely to be the remains of an ichthyosaur. It is not possible to identify the exact type of ichthyosaur from these images alone, however.”

Ichthyosaurs on average were about six to 13 feet in length, and their appearances were very similar to those of modern-day dolphins.

Poppy and Sam sure have adopted an appreciation for their owner’s love of archaeology – only one day after their discovery of the prehistoric skeleton, one of the dogs found another fossil for Jon. 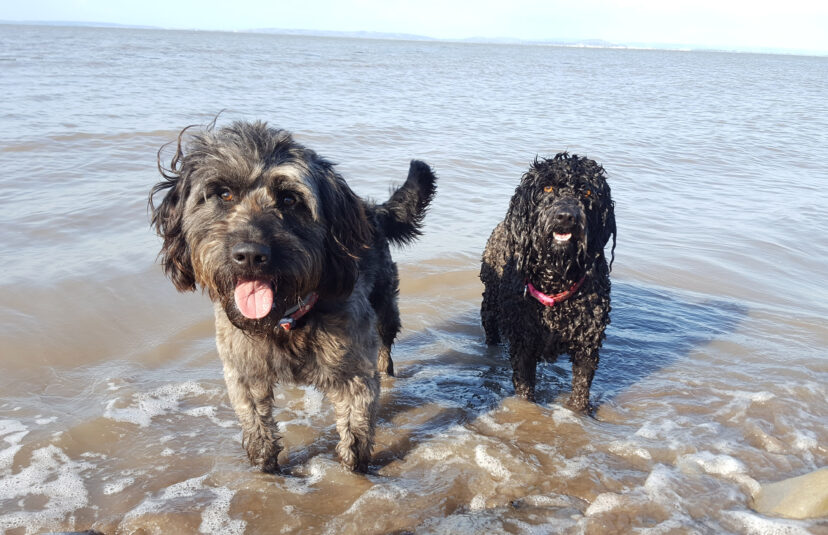 As Jon stated, “I couldn’t believe it, it’s stunning – I’ve taught her what fossils are but I didn’t expect her to bring me one. My wife says it was just luck – I think having the stormy weather has washed a lot of mud out so the rocks were a little bit more exposed.”

What more is there to say? Dogs just love finding bones. Hopefully Poppy and Sam will be getting plenty of treats for all their hard work.