Museum’s Antique Mousetrap Still Works After All These Years

They sure don’t make things like they used to. The Victorian-era Colin Pullinger & Sons’ Perpetual Mouse Trap wasn’t supposed to be on the job anymore. But this century old piece of technology still worked. To the suprise of the curators at the Museum of English Rural Life, they discovered a recently deceased mouse inside a 155-year-old mouse trap. 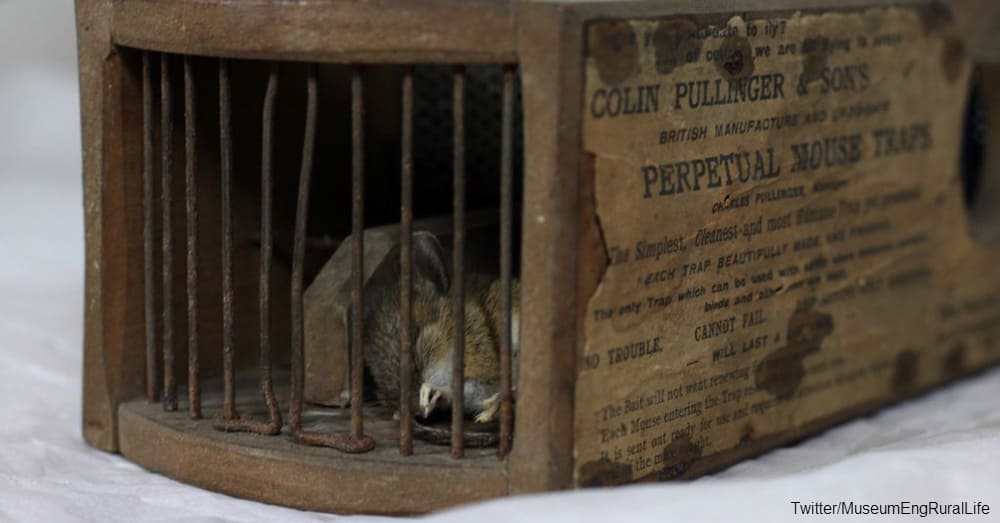 The mouse trap was on display in the museum at the University of Reading in the U.K. as part of the David Drummond Collection of Mouse Traps, and has been there for years. There was no bait in the trap when the mouse crept inside, probably to build a nest. Nevertheless, the Perpetual Mouse Trap, which was advertised to “last a lifetime,” worked as it was designed to, trapping a little visitor inside.

At the time Pullinger invented the device in the 1860s, it was advertised as an innovative, humane mousetrap, designed to not to injure the animal but to capture it for later release outdoors. It operates by means of a see-saw mechanism in its middle, allowing rodents to enter the trap but then swinging the door shut behind them. 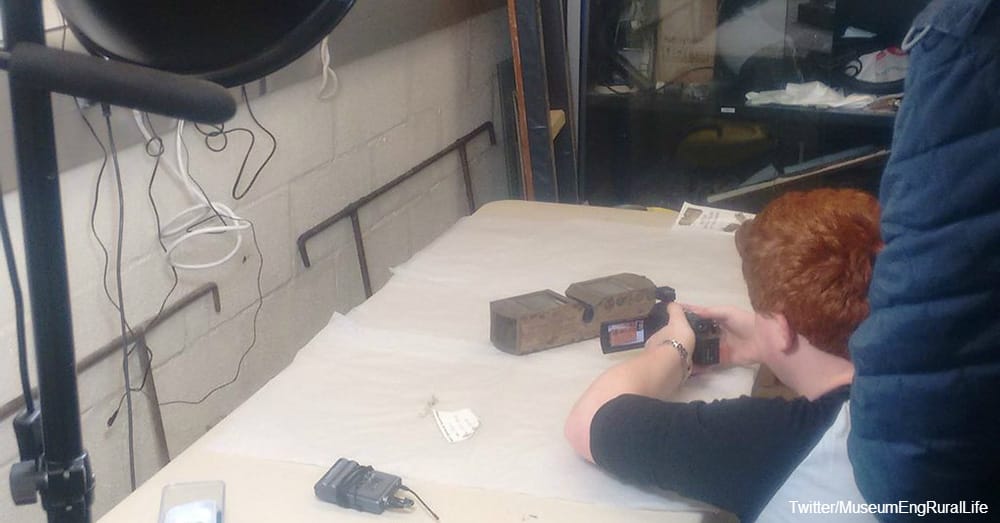 Museum curators said that they didn’t check the traps regularly because they weren’t expecting mice, and so the mouse was not discovered until it was too late to release. After some thought, the museum announced that they’d decided to have taxidermy performed on the mouse and that she would become a permanent of the mousetrap display — both in tribute to her and as a testament to Colin Pullinger, whose mousetrap did indeed live up to its lifetime guarantee. The Perpetual Mouse Trap was Colin Pullinger’s first commercially successful product. At the height of its production in the 1880s, his staff of 40 workers were manufacturing 960 traps per week. Now his products are popular once more. No matter how unusual, make sure to document your antiques by telling the stories behind them.