At a time when the world needs smiles more than ever, a lone cowboy has emerged to save the day!

Tim Send is the head of security at the National Cowboy & Western Heritage Museum in Oklahoma City, Oklahoma. When the virus hit, everyone was sent home to work remotely, leaving Tim in charge of their social media pages. 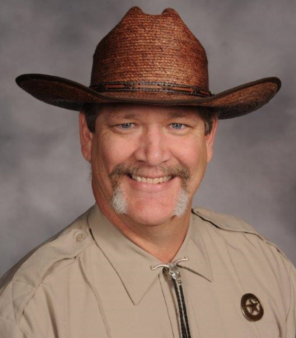 He began wandering the halls and sharing pictures of his finds online. His tweets read like he’s talking directly to one person instead of the world, and many of them include references to his grandson Lucas and good old Seth from marketing.

Clearly, he’s figuring out this social media thing as he goes along, which is something most of us can sympathize with. But when he started sharing his Google searches on accident, the Internet collectively lost it!

Tim still doesn’t fully understand how hashtags work. Initially, he spelled the word out instead of using the # symbol, which is about as wholesome as it gets.

When people starting clueing him in, he owned up to his mistake and did. 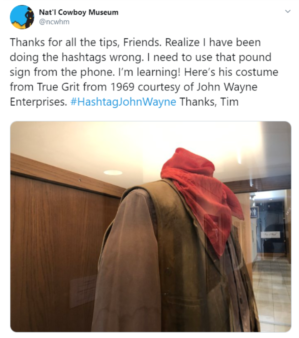 So close! He’s getting better at this Twitter thing every day, but let’s not confuse him by adding any new social media platforms. 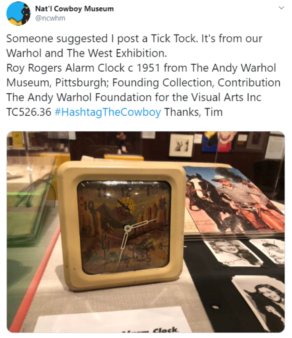 That’s not the kind of TikTok they meant, but we appreciate Tim’s effort! Speaking of effort, check out what happened when Seth from marketing suggesting showing off their selfie stations. 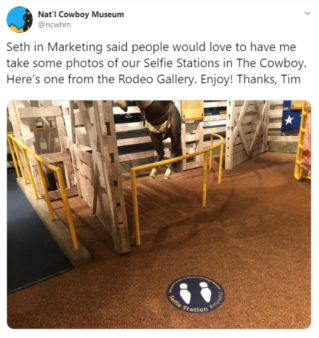 We were really hoping to see Tim in that selfie, but hey, this works! 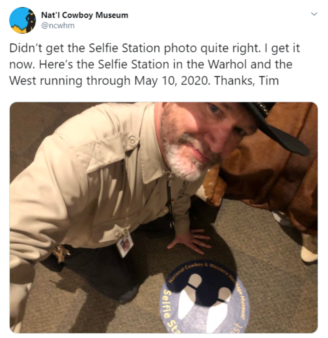 He is the breath of fresh air the world needs right now! Just knowing this kind soul is walking around the cowboy museum makes us happy. Thanks for the laughs, Tim!

Share this story to introduce your friends to everyone’s new favorite cowboy.