The paintings of Claude Monet are some of the most-replicated in the world. Posters, umbrellas, postcards, and more bear his signature watery hues punctuated with spikes of red and pink. As one of the fathers of the Impressionist movement, Monet enjoyed modest success in life and massive success after his death. Such is the way with the value of art! The Fondation Claude Monet (administered over by the famous Académie des Beaux Arts) care for Monet’s home. It is an impressively colorful and vibrant house in Giverny, in northern France, where the artist painted many of his most famous works. 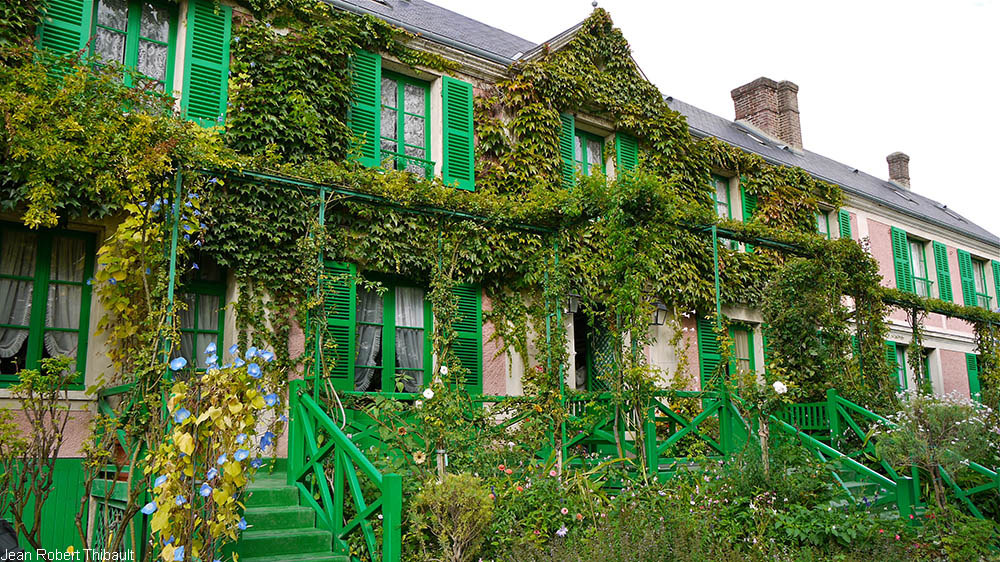 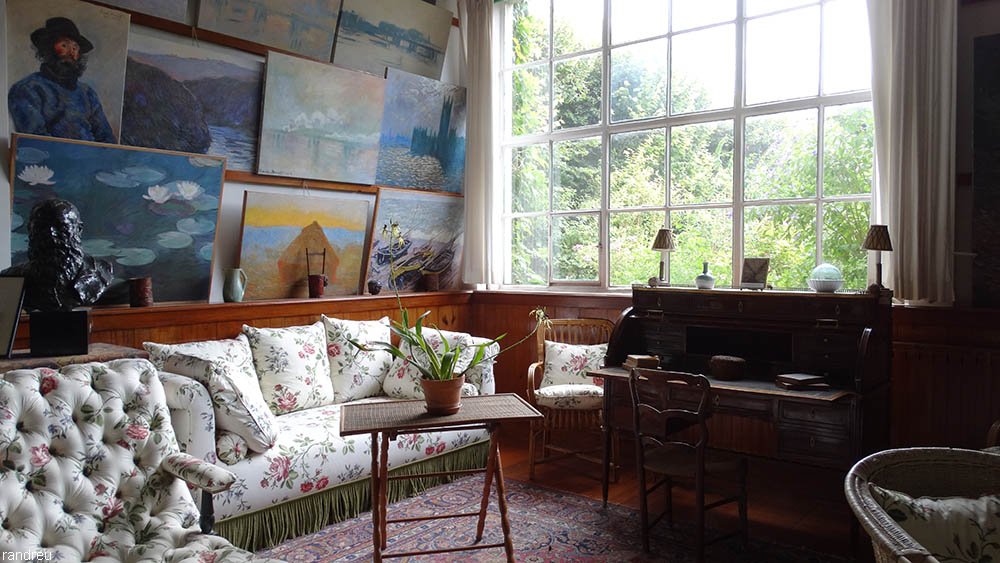 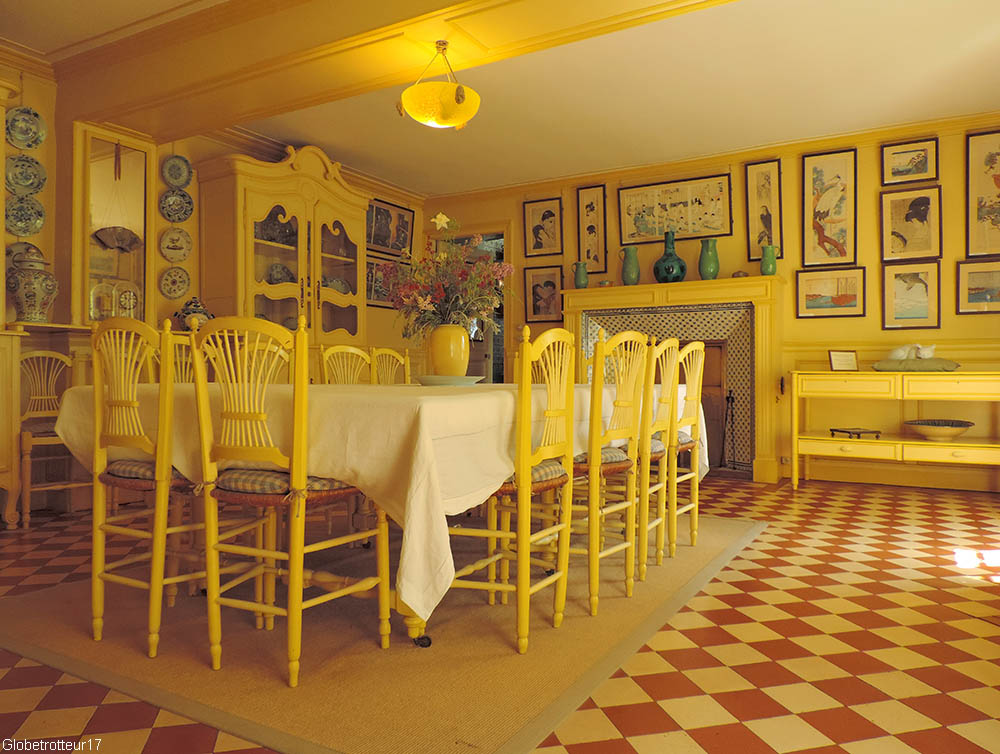 The dining room is an explosion of glorious yellows and terra cotta hues. Via/ Flickr

Monet lived at this house from 1883 until his death in 1926. His famous garden was immortalized in his paintings. The house is where he painted such masterpieces as Flowering Arches, Giverny, Water Lilies and the Japanese Bridge, and his other famous Waterlilies series. 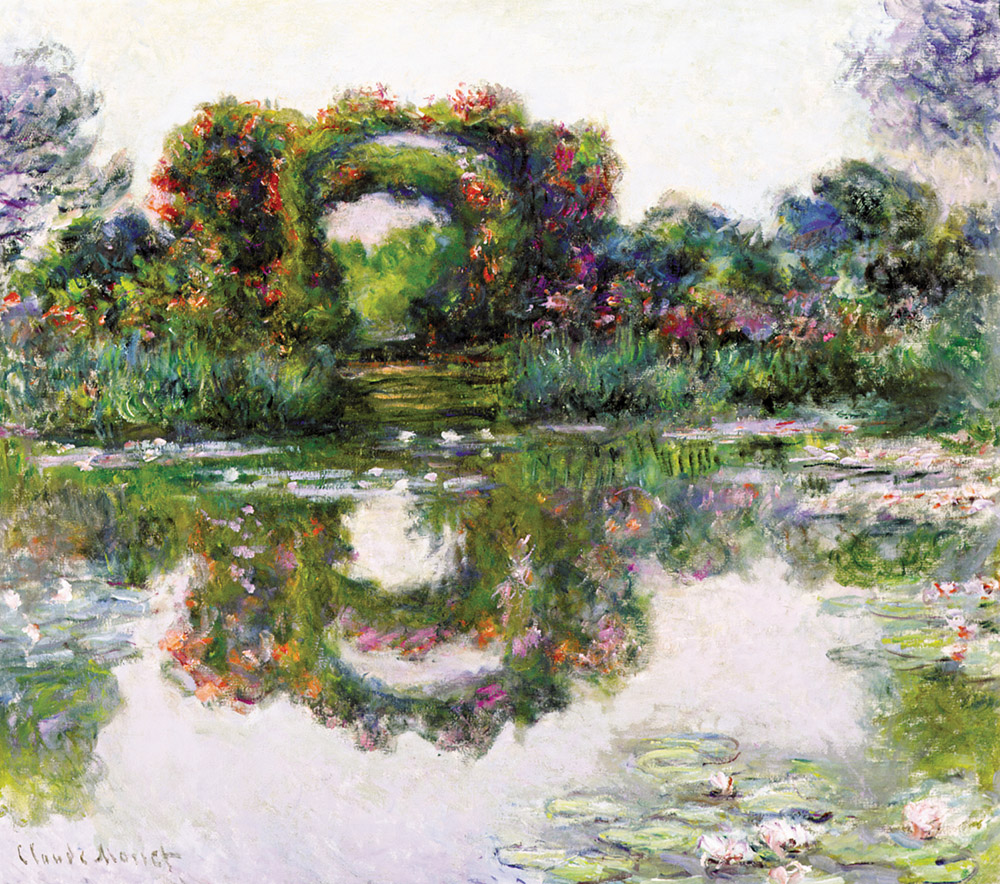 Monet rented the house for the first 7 years he lived there, moving his family into the quaint home. He then purchased the home in 1890. His large blended family (comprised of his children and step children) all lived there, although he didn’t marry his second wife until 1892. Both the inside and outside of the home reflected his love of color, from the paint on the walls to the flowers in the gardens.

Monet went on to buy an additional garden plot at the back and proceeded to create a lively and vibrantoutdoor space that surrounded his house. 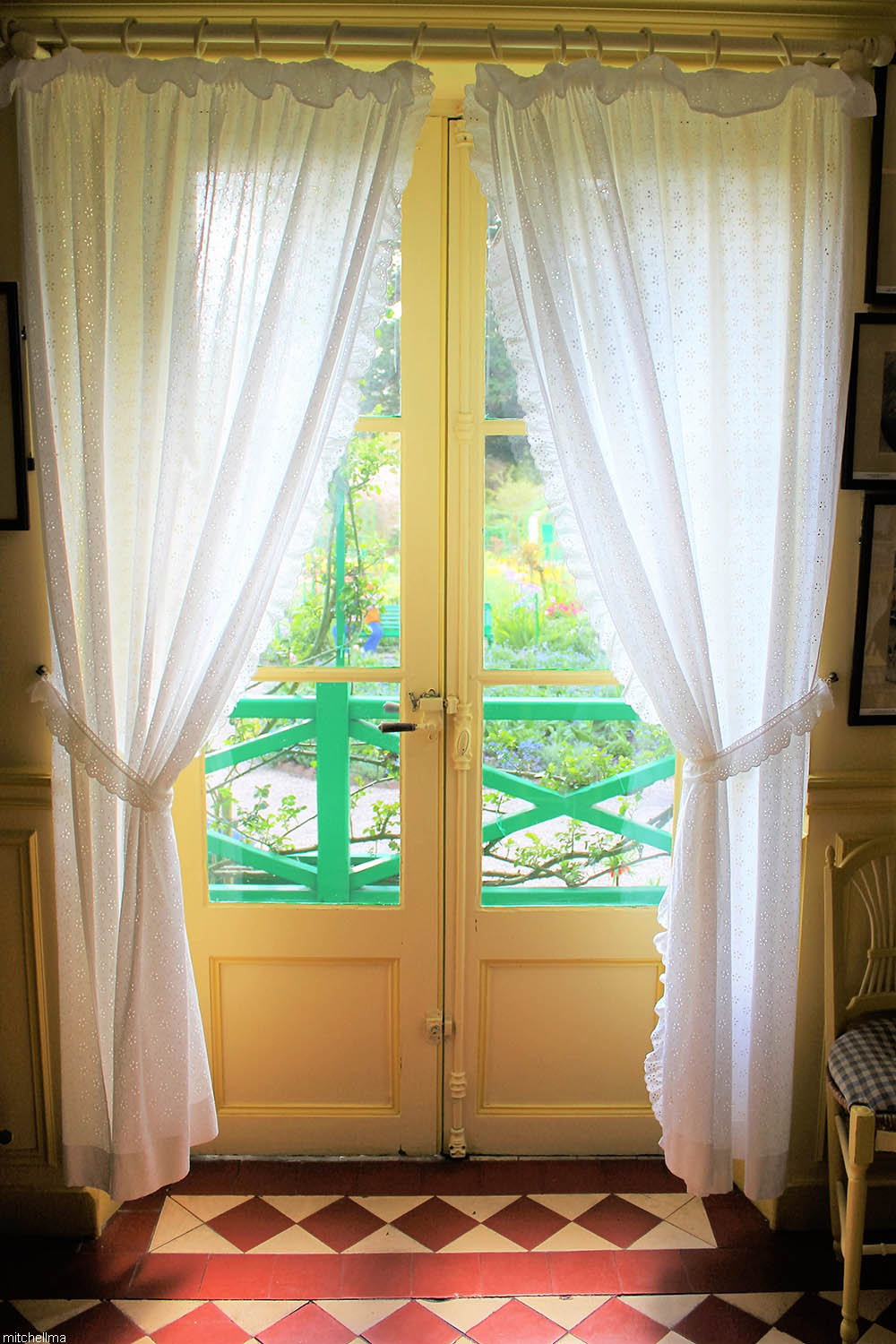 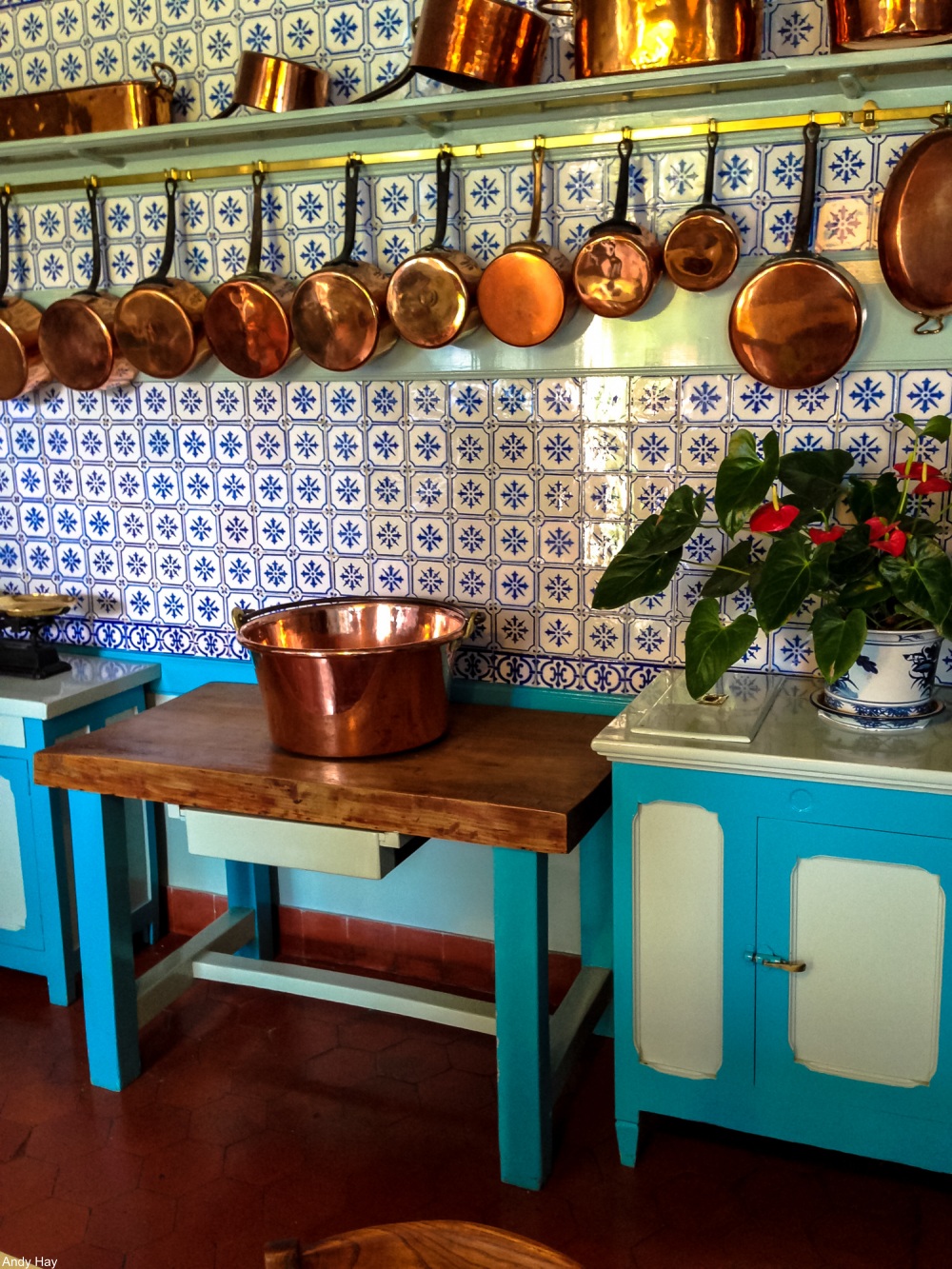 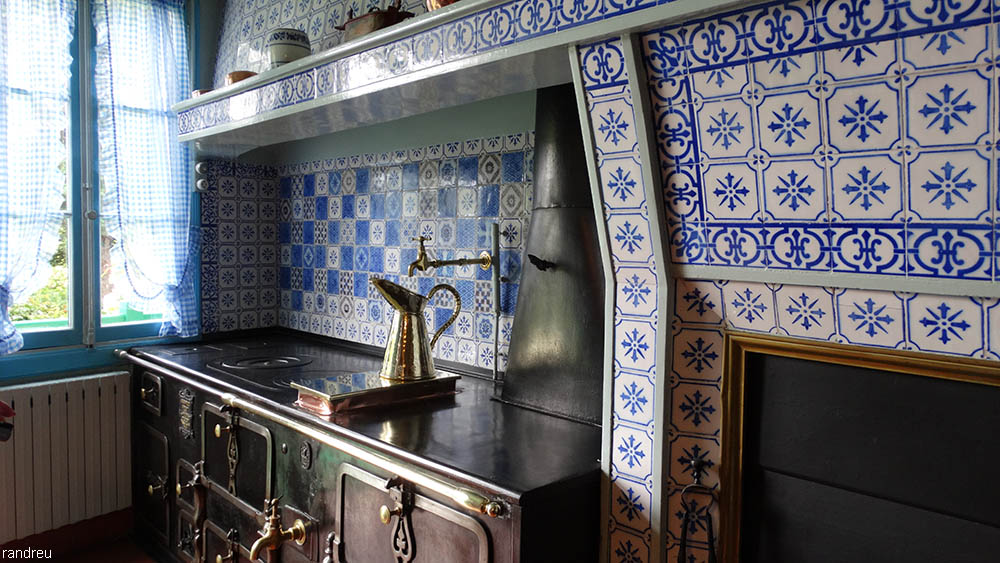 The bedrooms are quite a bit more tame than other parts of the house, done in shades of pink, cream, pale green, and light blue accented with wooden or painted furniture and floral details. 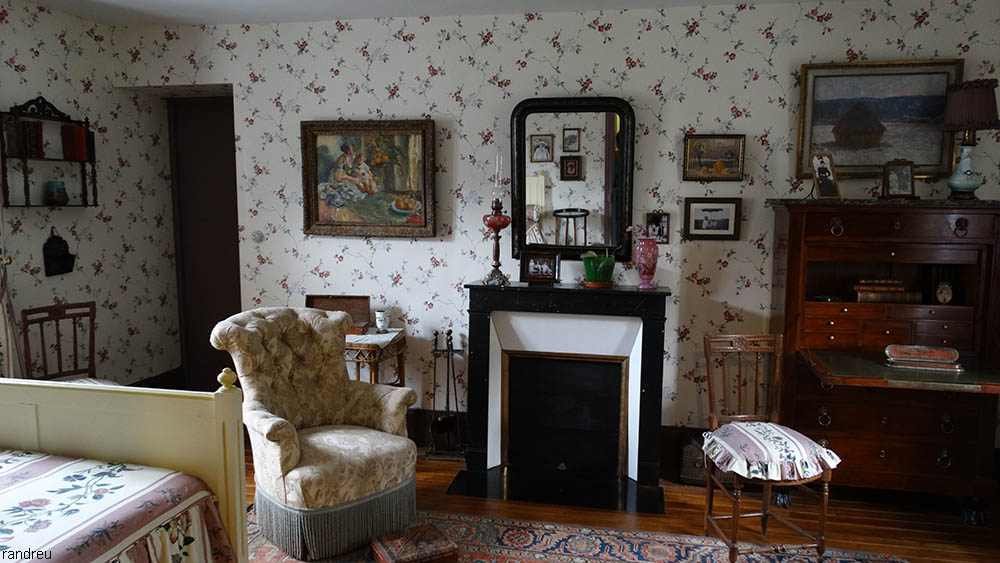 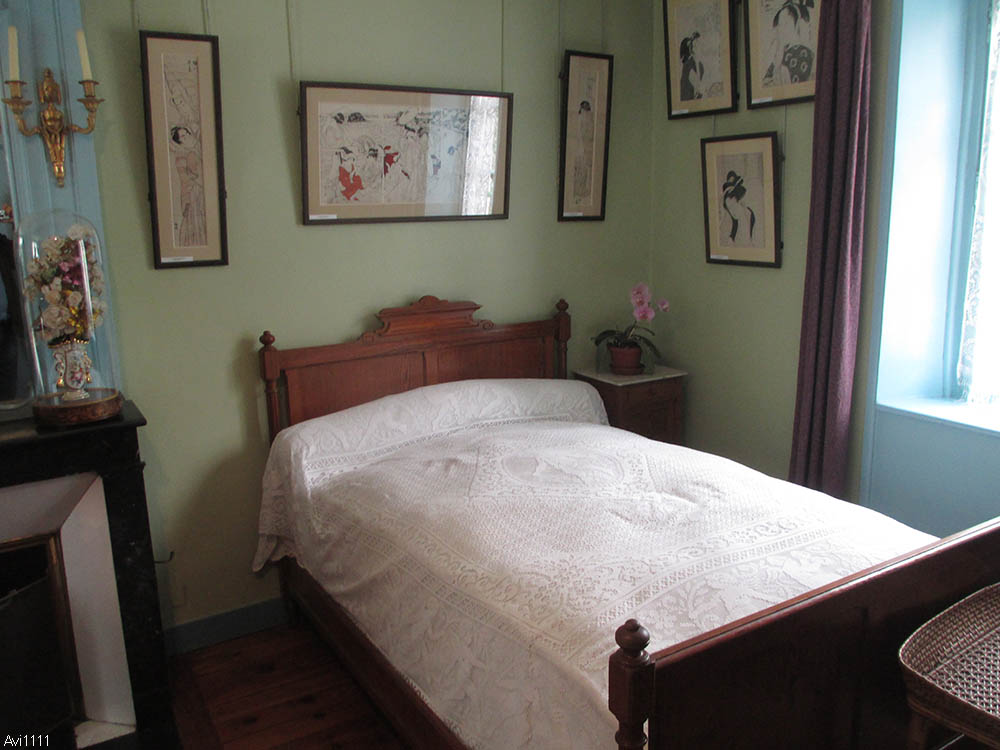 The interior of the home is gorgeous and is maintained to be much as Monet would have enjoyed it. However, the outdoor spaces are where the property really shines. Scenic views are around every corner in the garden, which includes a picturesque bridge over a placid pond in his “Jardin d’Eau”. 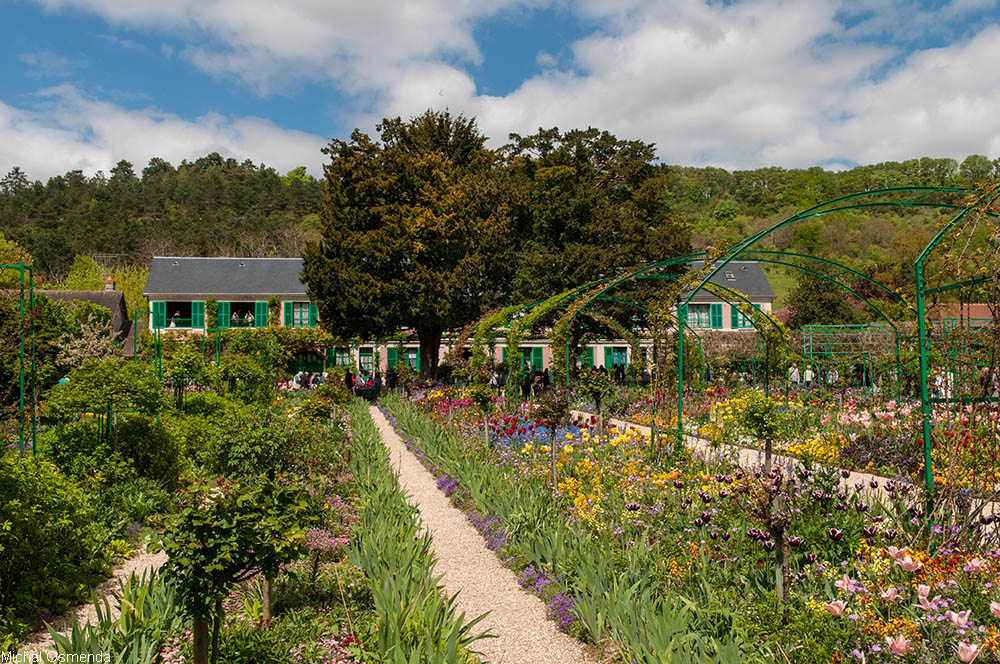 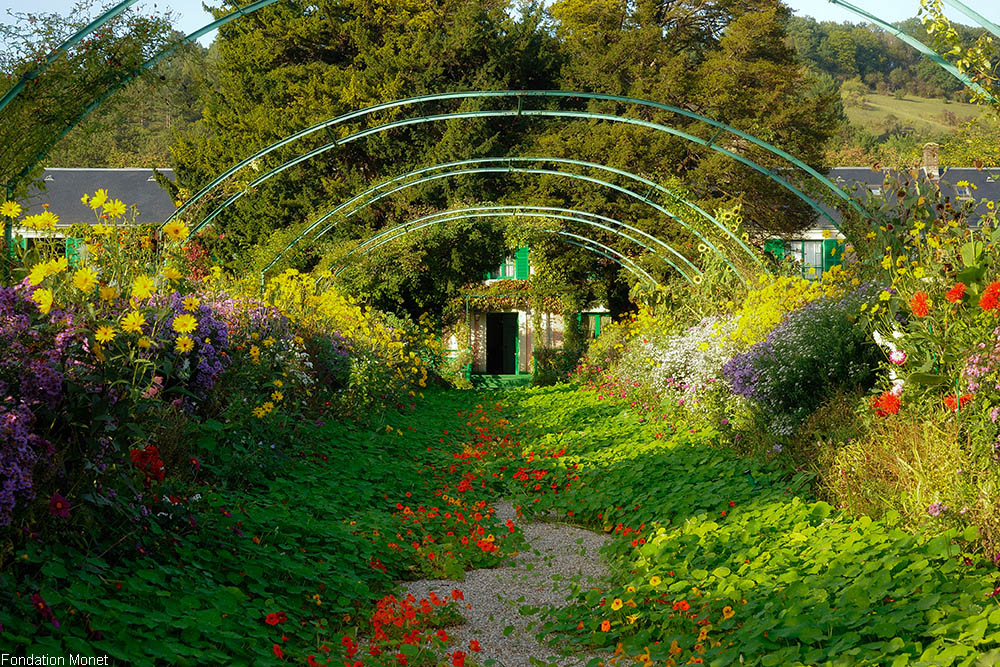 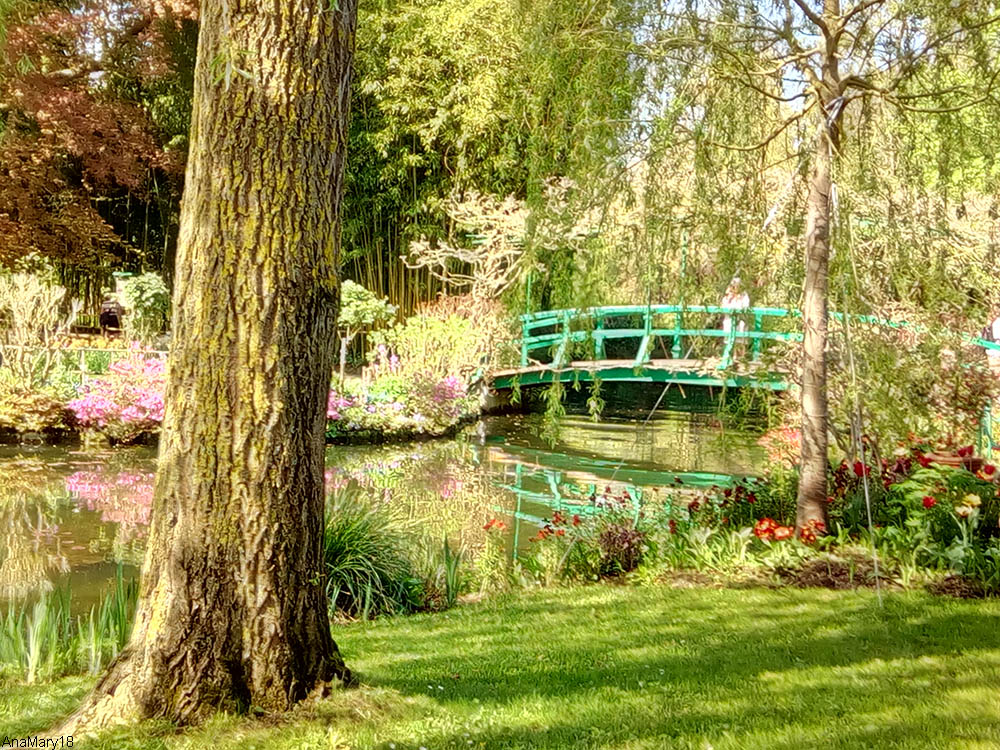 It’s easy to see where he got his inspiration from! In Monet’s later years, his paintings took on various odd hues because his eyesight was failing due to cataracts and his perception of color was hindered because of it. This is also what made his later paintings even more Impressionist than his earlier works- he was painting the blurriness he saw. When he had his cataracts removed a few years before his death, his style of painting his beautiful Giverny garden altered little from his cataract days. 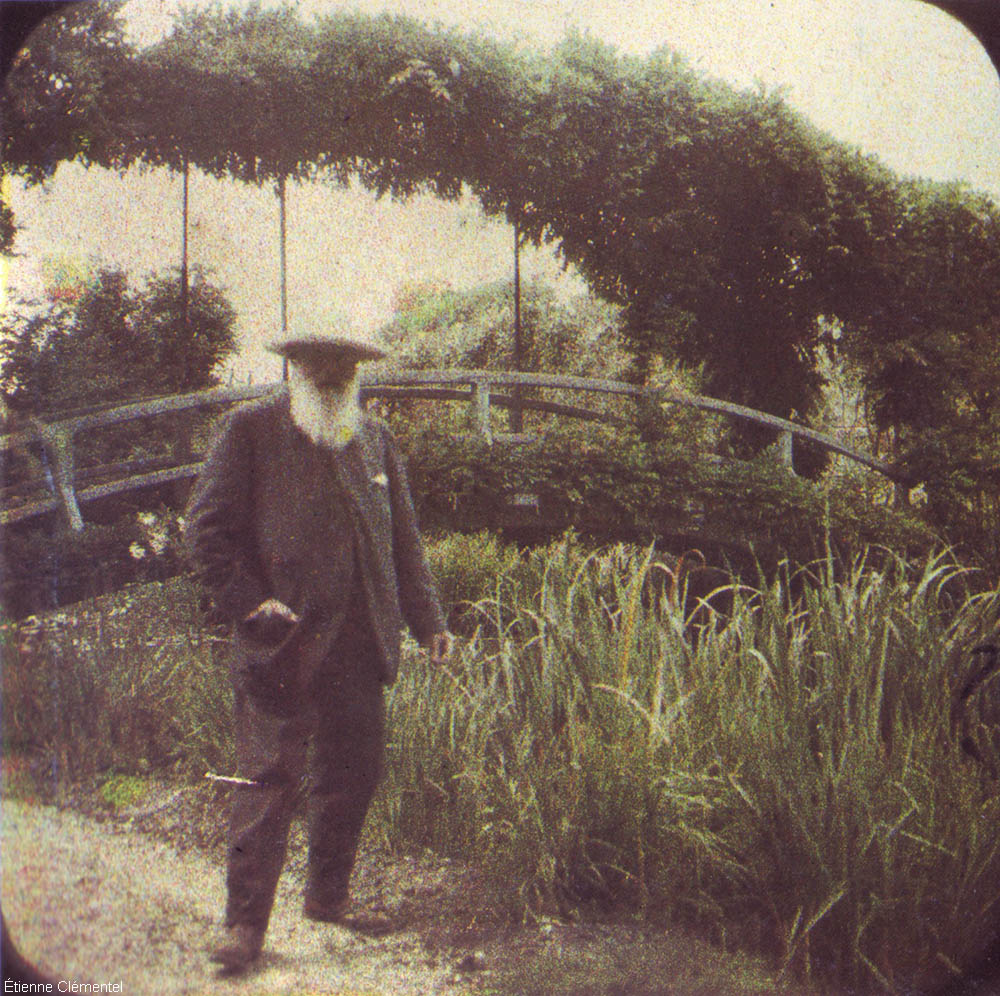 1917 autochrome of Claude Monet in his garden. Via/ Wiki Commons 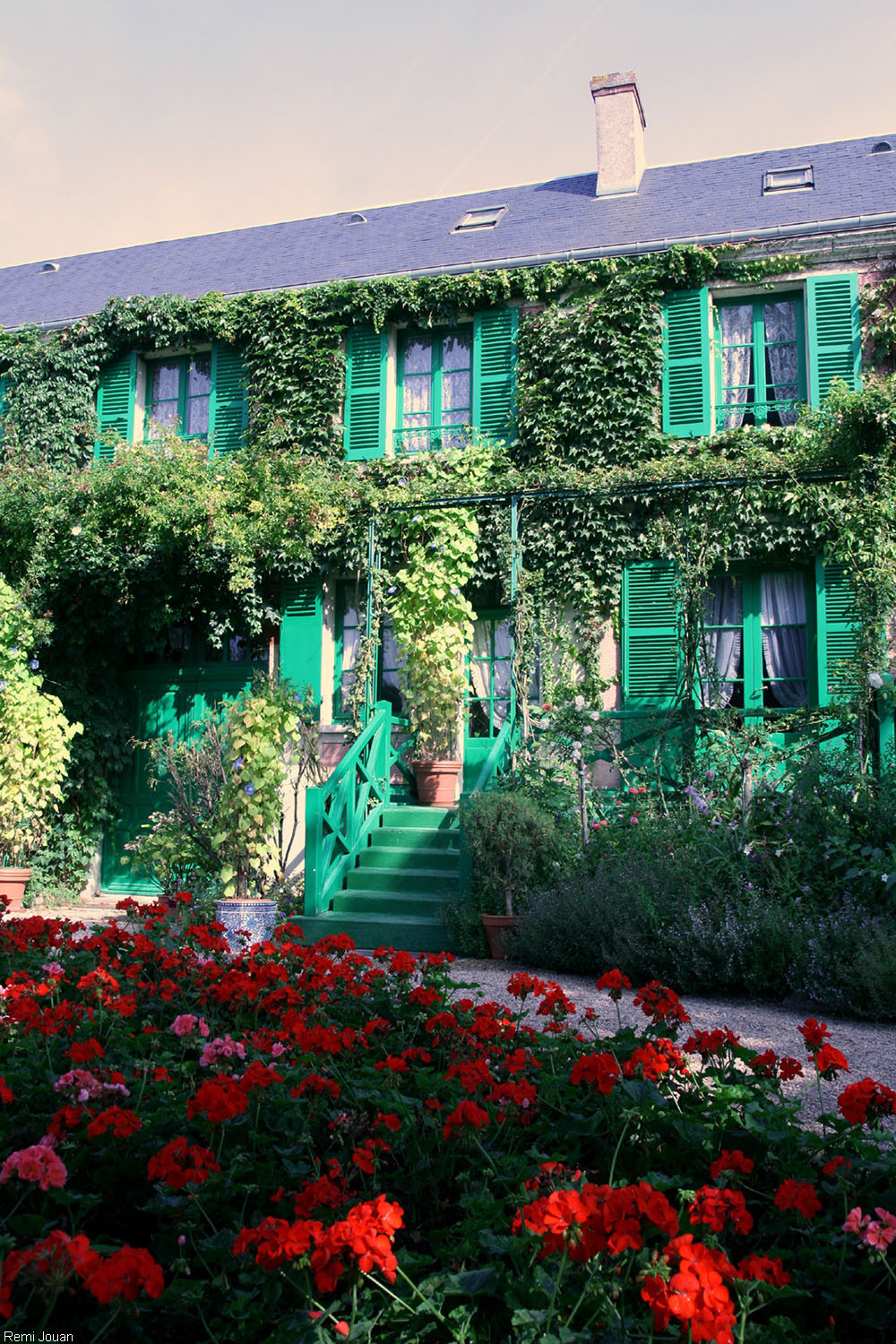 Today the house is known as the Foundation Claude Monet Museum and regular tours are given to the public, spring through fall.