The Great Chicago Fire Wasn’t Started How Everyone Thought It Was!

The Great Fire of Chicago in 1871 is one of those events, like the great catastrophes of the San Francisco earthquake, the Seattle fire, and the Triangle Shirtwaist Factory Fire, that swept through many of our burgeoning cities near the turn of the century. Before adequate fire control methods, any fire could potentially burn down the greater part of a city. But, there is one long-held common belief about the enormous conflagration in Chicago that can now be put to rest. 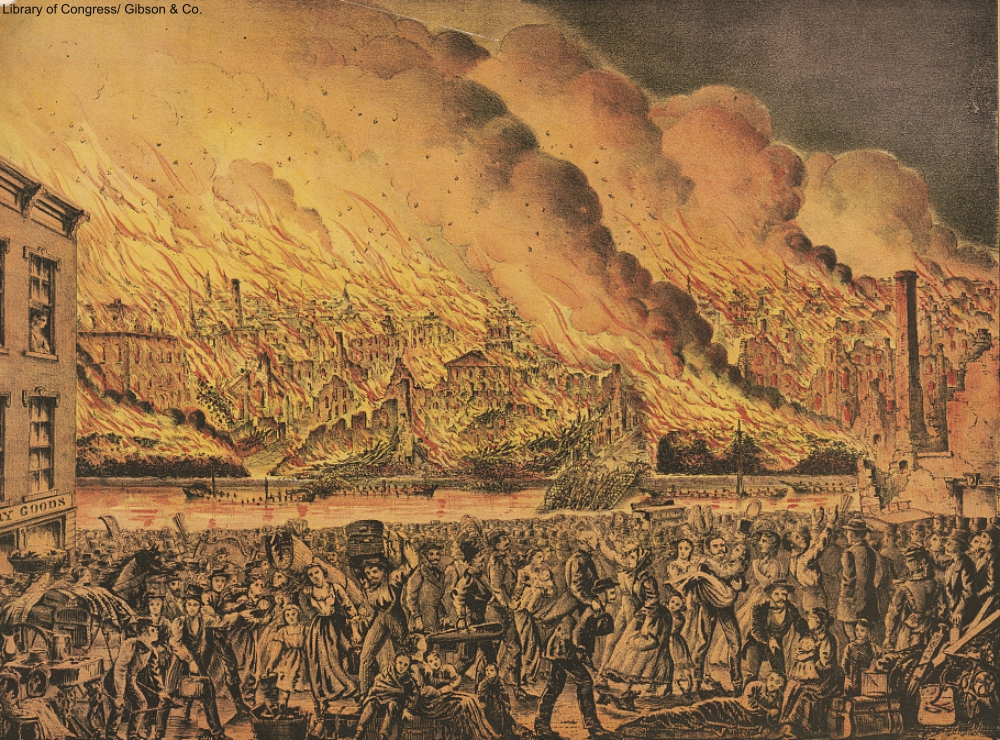 The massive fire raged on for two days, lasting from October 8 to October 10 and leaving tens of thousands of people homeless. 300 unfortunate victims lost their lives over the course of those two days. The Great Fire caused millions of dollars of damage and burned 17,000 of the city’s buildings.

A cow was long thought to have been the one that started the fire by kicking over a lantern inside a barn, thanks to an over-imaginative reporter who blamed it on Irish immigrants, Catherine and Patrick O’Leary and their cow. The reporter was Michael Ahern of the Chicago Tribune and he wanted a juicier story for his column, as if the mass destruction wasn’t enough. So, Ahern invented the story about the cow. Some of you may have seen this animated cartoon which depicts the forlorn cow (in a dress) retelling her version of events.

There’s even a song about it, which is intended to be sung to the tune of “There’ll Be a Hot Time in the Old Town Tonight.” Many children grew up singing this version of the song or having it sung to them. The lyrics to the song imply that the cow was only trying to spice things up for the humans by intentionally knocking over the lantern in the barn. Famously, Rita Hayworth sings about the Chicago Fire and the cow in the 1946 film Gilda. The Beach Boys even reference the O’Leary’s cow. In 1927, Ahern admitted that he and two other reporters had fabricated the cow story, but by then the damage had been done. Irish immigrants certainly made for easy targets during this time and newspapers in Chicago were well-known to represent the Irish unfavorably. 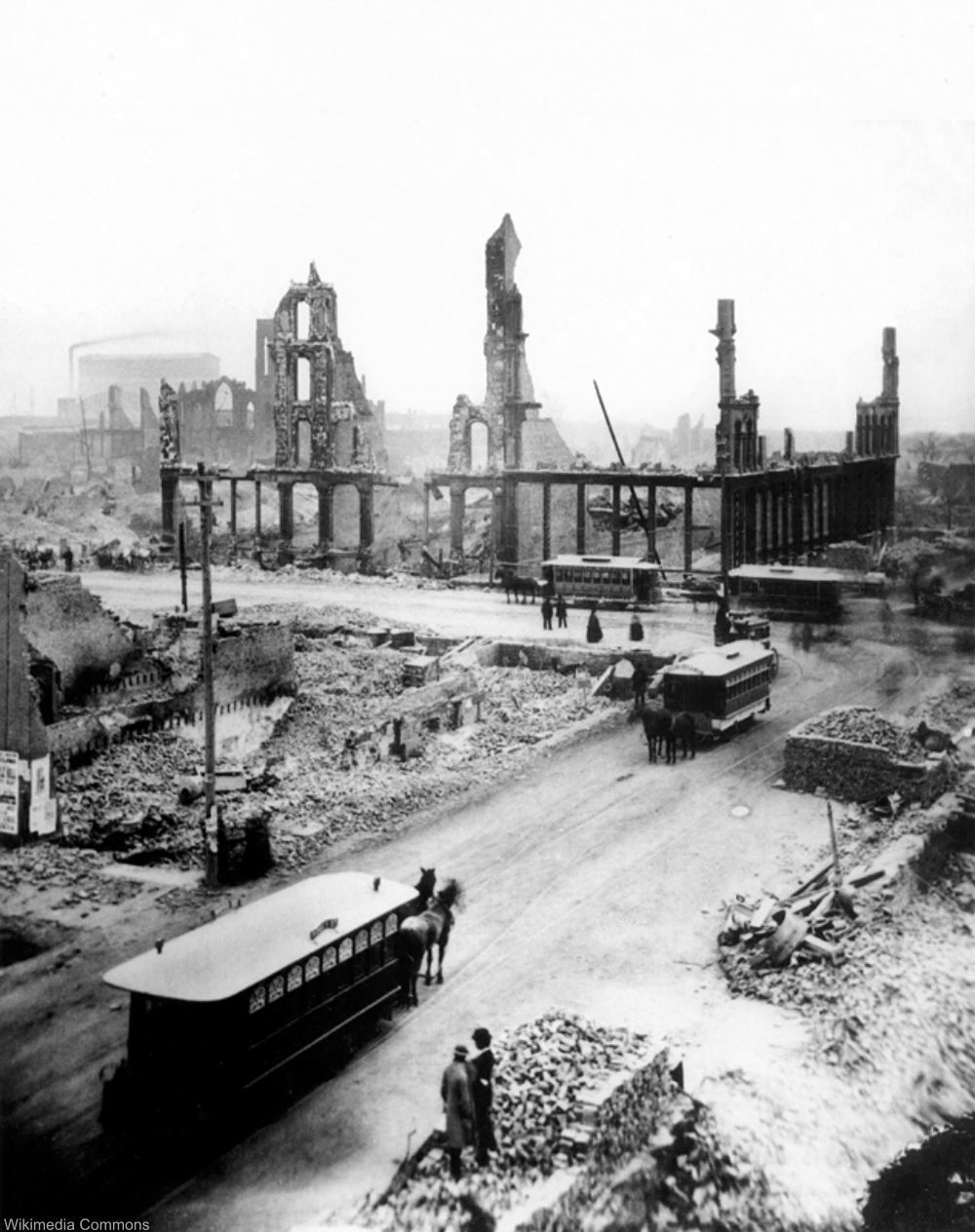 New theories have pretty much ruled out the cow theory since, by the testimony given, the O’Learys were already in bed when the fire started and therefore could not have been in the barn with a lantern (supposing that all their lanterns were accounted for). Another theory that some also find unlikely is that fragments of a meteor started the fire. Yet another theory is that a neighbor of the O’Leary’s who was known to smoke a pipe was careless with the ashes. Whatever the real cause, it was widely reported to have been an extremely dry season across The Midwest, with fires reported in the month beforehand and many started the same day as The Great Chicago Fire, making any spark or accident into a potential blaze. Several other cities across the midwest burned that day, including Peshtigo, WI, where 1,200 people lost their lives in the great fire that burned through an incredible 2 billion trees. 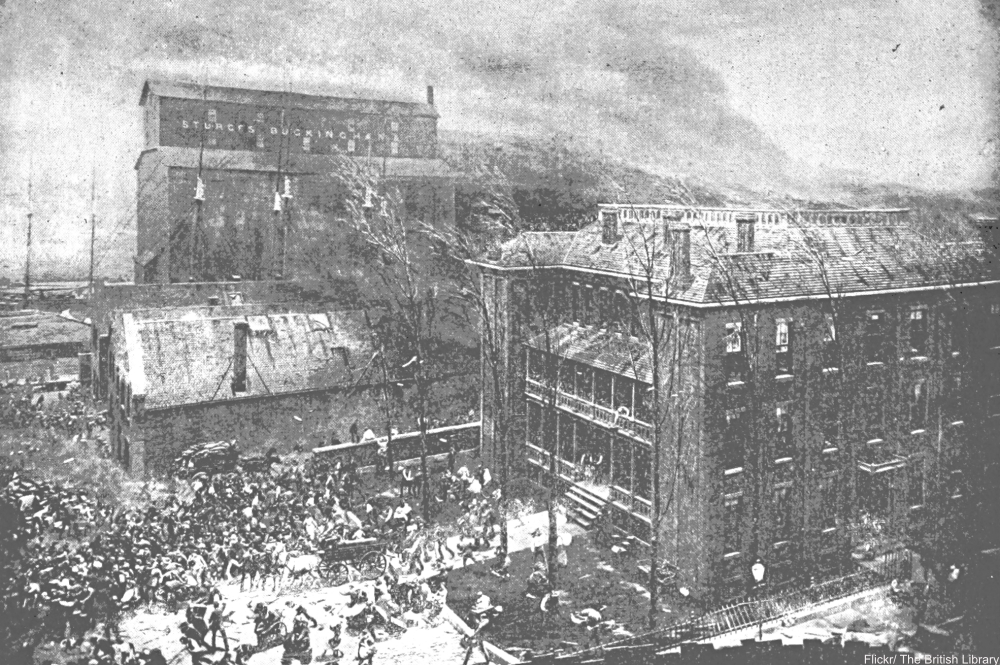 It’s interesting that the cow theory hung around for so long. For decades, this story was held by many as fact, or at least quite possibly true. Sadly, Catherine O’Leary spent the rest of her life a recluse in her home, leaving only when it was necessary since she never wanted to be in the public eye again.

For the strange history of the year with no summer click here.