A member of the string family (accompanying the viola and cello), the violin is a small, wooden instrument with four strings that is high-pitched and played with a bow. It is a descendant of many different instruments, spanning many different countries: Greece, Turkey, India, Mongolia and China, included.

Although all of these cultures have their own variation of a string instrument, it wasn’t until the 16th century, in Italy, that the violin was first crafted, starting with it, a musical revolution. In fact, considering that the birthplace of the violin is in Italy (Cremona, to be exact) and that it’s part of the string family, it’s only natural that the name ìviolinî derives from the Italian word ìviolino,î meaning ìlittle viola.î Follow along as we learn more about the violin and its history, and divulge a few tips for those looking to start or grow a collection. 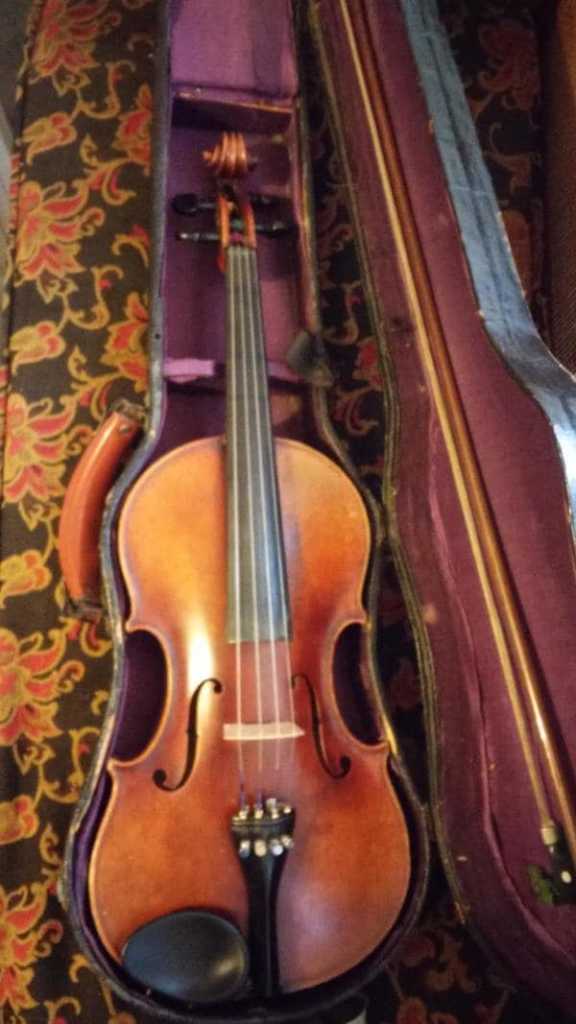 from: Jeanne Gottemoller Rowell: “Found. Bought. Restored. Ferron & Kroeplin. Swee sounding 1920s German violin. My special treat for me. I have been asked if selling, but it is MY midlife craziness to play it.”

While the exact date of the creation of the violin isn’t known, it is accepted knowledge that there are three violin maestros, all from Italy: Andrea Amati, Giuseppe Guarneri and Antonio Stradivari. The instruments created by these luthiersómakers and repairers of violinsóare said to have unparalleled sound quality and craftsmanship.

Of the three, Andrea Amati is the man who put Cremona on the map, in terms of its being the epicenter of excellent violin-making in the mid 1500s. He had a very successful violin atelier, as noted by Collectors Weekly, and it was when Amati’s grandson was running the business in the 1600s that Giuseppe Guarneri was taken on as an apprentice. It is unknown whether or not Antonio Stradivari was ever an apprentice at the Amati atelier, but both he and Guarneri began creating masterful violins that (originally) followed Amati’s construction, so it is a definite possibility (CW).

Almost immediately after production, these violins’ popularity skyrocketed. People from all different social strata, including Charles IX, King of France, wanted one (or more) of these precious instruments. As with many other highly sought-after objects, people began making reproductions and other luthiers were able to break into the violin-making scene, creating hundreds of thousands of the popular instrument. Due to Amati, Guarneri and (particularly to) Stradivari’s exquisite talent, their pieces are still the most highly valued, garnering up to $16 million at auction (CMUSE). 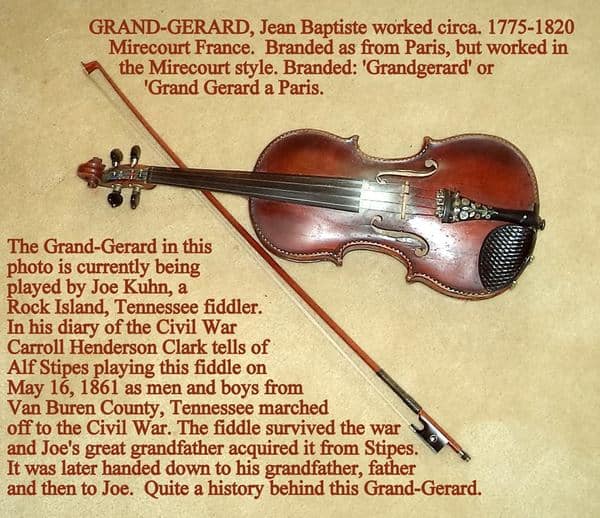 from: John Sevier: “This French violin (now a Tennessee fiddle) survived the Civil War and is still being played today!”

Parts Of The Violin 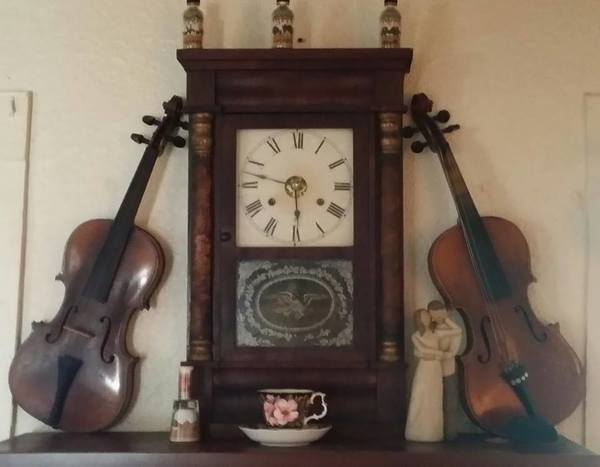 from: Tom Bingham: “These are my Great Uncles (The Weaver Brothers & Elviry) fiddles. I have no idea the value of former performers musical instruments?” 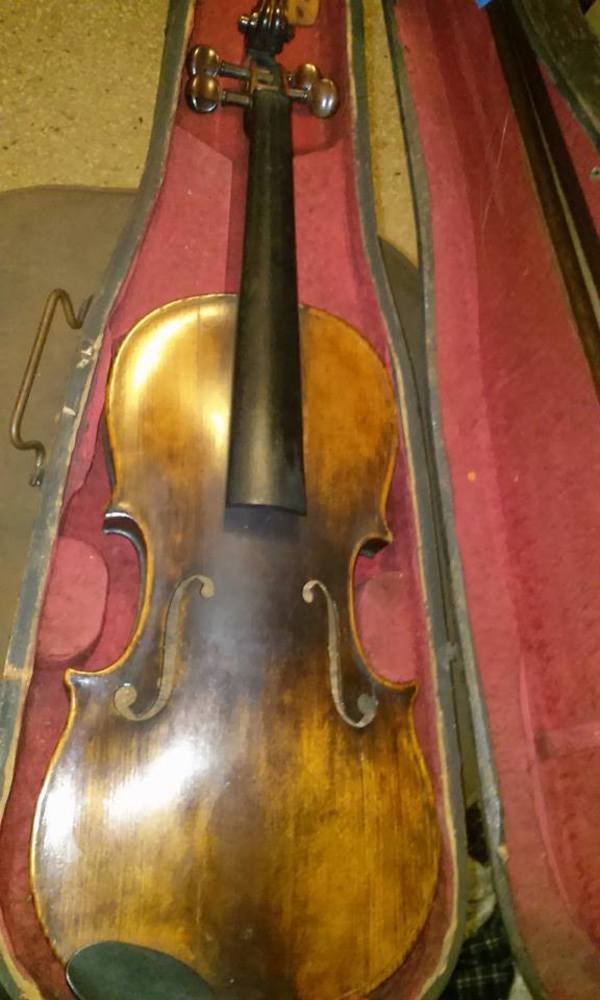 Things To Look For While Collecting

With so many violins out there to choose from, in so many states of disrepair, it can be extremely difficult to look at a piece on the spot and determine it’s value. What appears to be banged up and dingy, could actually be something extraordinarily valuable, and vice versa; something that looks to be in great condition, could be shoddily made and of little to no value. Here are some things from Master Hand Violin to think about when you’re looking for antique violinsÖ

The back:examine the type of wood that makes up the back of the violin. If the wood on the back is striped, that means it’s better quality; plain wood means it’s not as valuable or as well-constructed.

The scroll:while this isn’t set in stone, generally the more decorative and artistic the scroll, the more valuable the violin. Look straight at the scroll and observe it in profile; if there are tiny details that have been incorporated, that indicates a higher level of craftsmanship.

The corners:the corners of the violin are the pieces that accentuate the waist of the instrument and that jut out in the middle. They should be precise, actual angles, not blunt and nubby.

While it is highly unlikely you’ll stumble upon a violin of significant worth (unless you go out in search of it), there are many great options at more reasonable price points that are out there for you to find. Hopefully you can use these tips on your quest and best of luck with your searchÖhappy hunting!