Whether or not you like antiques in general, there will always be that thing that you were and continue to be passionate about, that sucks you in whenever you hear mention of it. Today, we’re getting sucked into the world of toy and model trains. The beauty of toy and model trains is that they ended up appealing to absolutely everyone, regardless of age. While initially aimed at children, adults started getting more and more invested and it became a cross-generational hobby (read: obsession). For those of you who fondly recall setting up the tracks and inspecting all the tiny minutia of your trains, this spotlight is for youread on to learn more about their history and get some tips on how to add to your collection! 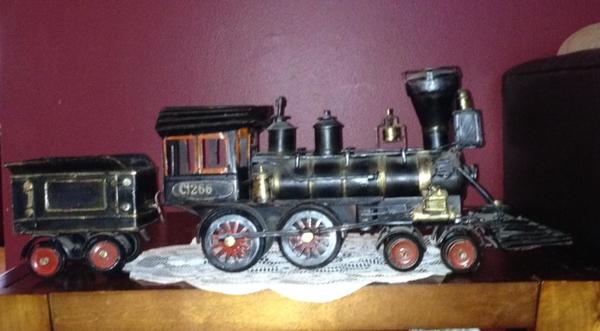 from: Carrie Hawkins Zapf: “I found this train at a yard sale. It is made entirely of metal and is about two feet long including the car. There are no markings on it at all. Does anyone here know anything about it?”

First and foremost, let’s establish the difference between toy and model trains. Simply put, model trains are authentic replicas that are made to scale, while toy trains are meant to be played with as toys and have embellished elements that add to the aesthetics. Toy trains can also be referred to as “tinplate.”

The first model train actually came long before the creation of the locomotive, in 1784. They were miniature, to-scale representations of what full-size trains would look like and were used as guides during the initial production of trains and the entire railway system. It wasn’t until the mid-1800s that toy companies saw the market for miniature trains and began manufacturing them. Early models were made out of lead, but tinplate (thus receiving its nickname) became commonplace in the U.S. and throughout Europe in 1875.

Although toy trains had become very popular and there were even some steam-powered ones available, there was still no mention of creating an accompanying track by the late 19th century. French company, E.F. LaFèvre Successeurs, began producing accessories for the trains (signals, stations and the like), and that included the first track, but, it was the Märklin Company, from Germany, that created the first complete railway set in 1891 and blew the model train competition out of the water.

Along with their customizable train track set, Märklin also created a system that referred to the varying space between tracks; that distance was known as a “gauge” (0-gauge, 3-gauge, etc.) and the form of measurement it still used today. With the creation of standard tracks, came the option to upgrade one’s set with “turnouts,” when two tracks split up into 4, and intersecting track options. All of a sudden, the options were endless and people were able to delve deeper into the world of model trains.

Electricity was eventually introduced to standard trains, at the turn of the century, and although production came to a crashing halt during both World War I, people’s love for toy and model trains has really never faded! 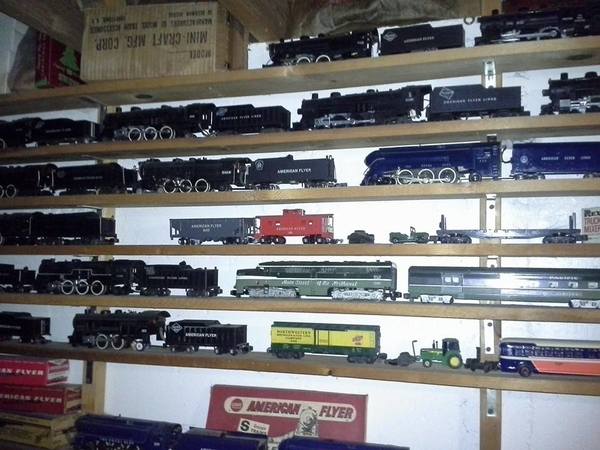 from: Patricia Loomis: “Just a few of my husbands American Flyer Train collection”

Carlisle & Finch: Credited in the States to have introduced electricity in order to operate train sets.

Lionel: Created the “Standard” tinplate toy train that was ubiquitous in the 1920s.

Marx: Popular at the same time as Lionel and American Flyer, with their Joy Line trains, but offered them at a more affordable price point. 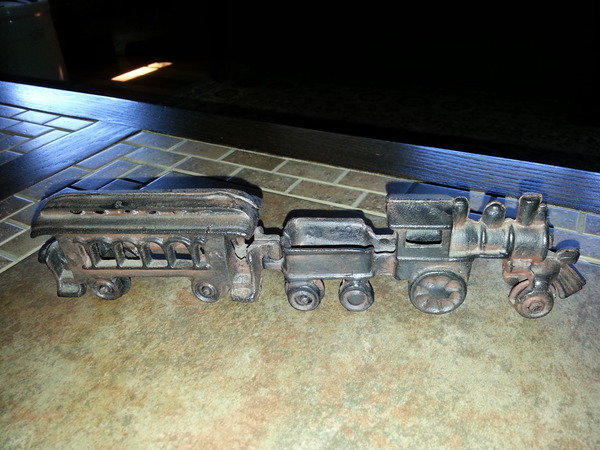 from: Christine Andrews Cayea: “Purchaced this circa 1905 cast iron toy train at a yard sale today!!! Love it”

If you are as invested as we are in the history of these trains, you’re probably also interested in collecting them (or at least knowing how to approach it). Over the years, we’ve picked up some valuable tips and tricks as we’ve worked on our collection and we’d love to share them with you! We encourage looking any and everywhere for possible treasures, but keep the following notes and pointers in mind as you go: 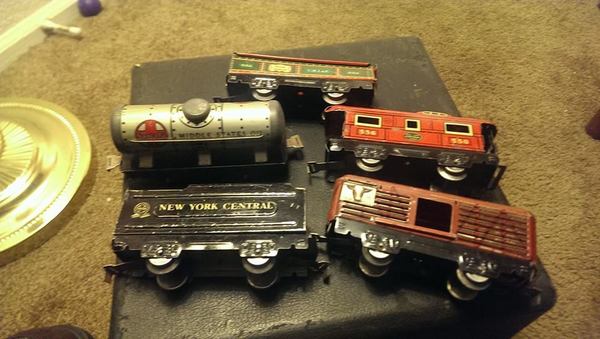 from: Jordan Michael Rivera: “I picked up these old tin trains and was wondering if anyone knows about how old they are.”

We love the rich history of these trains and the fact that they brought (and continue to bring) so much joy into people’s lives. While it can be confusing to navigate a market where there are so many pieces to wade through, we hope you gain something from this article and are able to continue your search with confidence and happy memoriesand remember to send in photos of your finds! Good luck and happy hunting!