“Sistine Chapel” of the Ancients Being Studied in Columbia

A recent discovery deep in the Amazon of Columbia has revealed a rock face with thousands of depictions of people, animals, abstract (or symbolic) patterns, and human handprints. Researchers have dubbed the find as the “Sistine Chapel” of the ancients, and a recently-published paper posits that these pre-contact frescoes may be as old as 9780 BC 10580 BC. The team of researchers has also theorized that these paintings represent some of the earliest artworks created by the first people to inhabit South America. 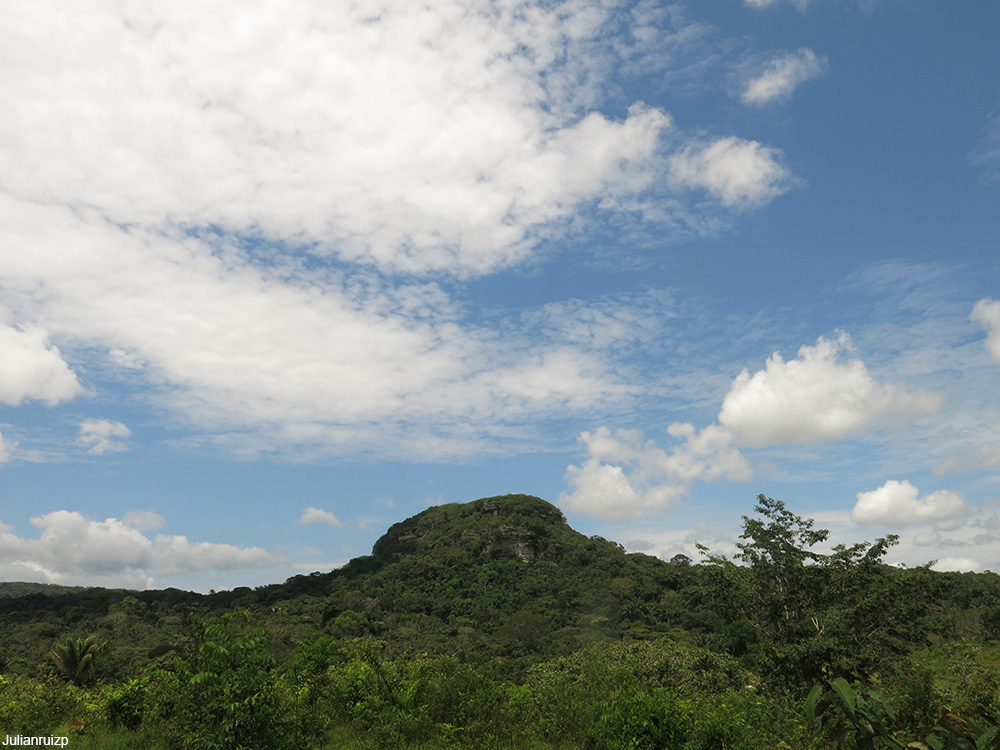 The findings were published in the Quaternary International journal in April of 2020 in a joint project between two Columbian institutions -Universidad Nacional de Colombia and Universidad de Antioquia- and the University of Exeter in the U.K.

The project is headed by José Iriarte, who described the rock paintings as “detailed” and “so natural and so well made” that the animals depicted in the scenes are clearly identifiable. To that end, some of the animals shown in the images appear to be from the Ice Age, such as the Paleolama, ancient horses, and the mastodon.

The appearance of the animals in the paintings is partially what researchers based their timeline on, but they also found thousands of pieces of ancient human habitation in the area, including processed animal remains and other evidence of tool usage such as arrowheads.

The paintings were likely made using bits of ochre that were found nearby the large rock formation. The paintings extend from a normal human eye-level to so high up that drones were needed to properly photograph them. This begs the question of how ancient peoples, with little in the way of technology, could have created these images so far up from the ground. The answer may lie in depictions of what seem to be wooden towers also painted on the rock. 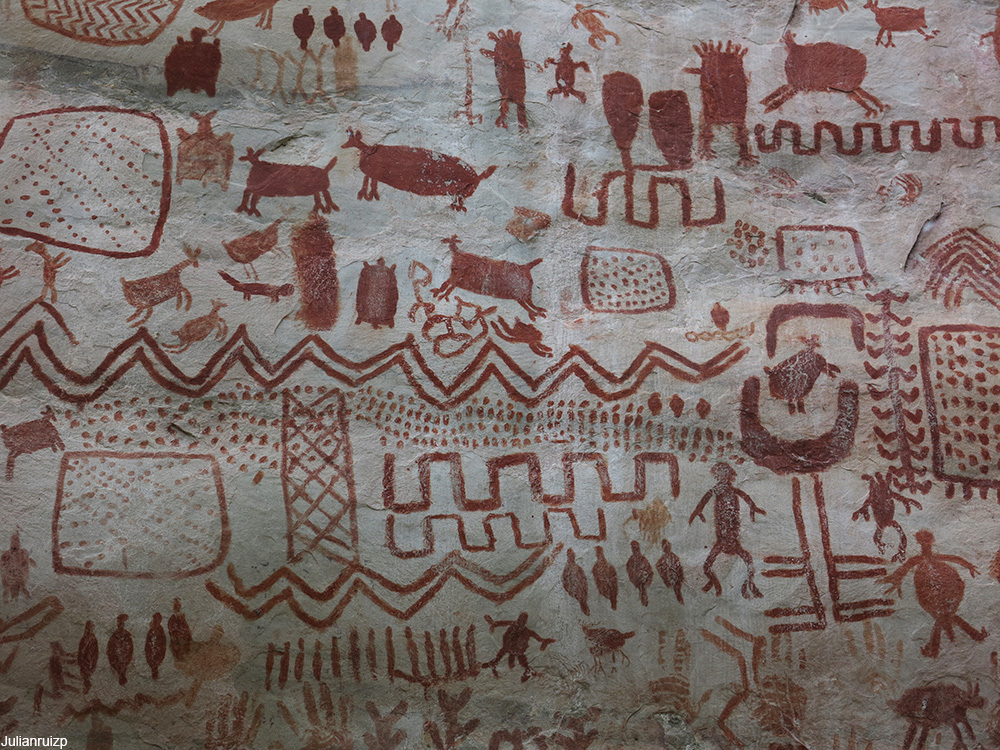 The images painted in great detail, in great number, and possibly created using early forms of scaffolding have led to the Sistine Chapel reference, a Catholic church in Vatican City that was completed in the 15th century featuring masterpiece paintings covering the walls and ceilings.

The dedication it must have taken to complete the rock paintings at Serranía La Lindosa offer a glimpse into how important these artworks must have been to the people who created them.

The area where the rock paintings were found has been largely off limits for decades, owing to the long-standing conflict between the Columbian government and the Fuerzas Armadas Revolucionarias de Colombia (commonly known as FARC). Even getting to the site is difficult, a process that was documented for the upcoming British Channel 4 documentary, Jungle Mystery: Lost Kingdoms.

But, this is in no way the last be will be hearing about this incredible discovery. According to Iriarte, “Its going to take generations to record them… Every turn you do, it’s a new wall of paintings”