Scientists have recently discovered a dead cypress forest that has been underwater for the past 60,000 years. The find represents a new line of study into the huge variety of species that live in secluded environments. Samples from this smothered ancient forest may hold the key to finding new medicines and documenting new species. 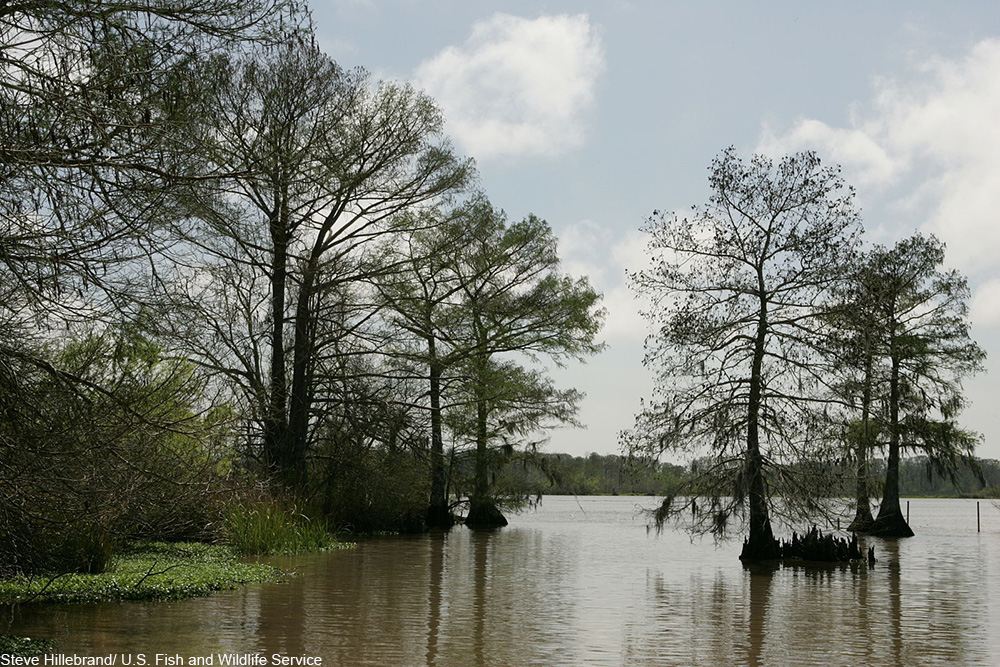 Living cypress trees in Louisiana along the Gulf Coast. Via/ Wiki Commons

Once upon a time the area of the Gulf Coast in question looked much like the photo above. Bald cypress trees love water and will grow at the water’s edge and beyond, only to become wooden skeletons once the trees die. In this instance, the trees were covered in water and sediment for thousands of years.

The bay of Mobile, Alabama, is the site where an ancient cypress forest was sealed underwater. Receding coastline due to rising sea levels resulted in these once-thriving cypress forests falling into the water and becoming completely covered. In 2004, Hurricane Ivan dislodged the sediment that had up until that point concealed the ancient forest. The trees now sit under 60 feet of water, and had been occasionally visited since then by filmmakers and scientists. 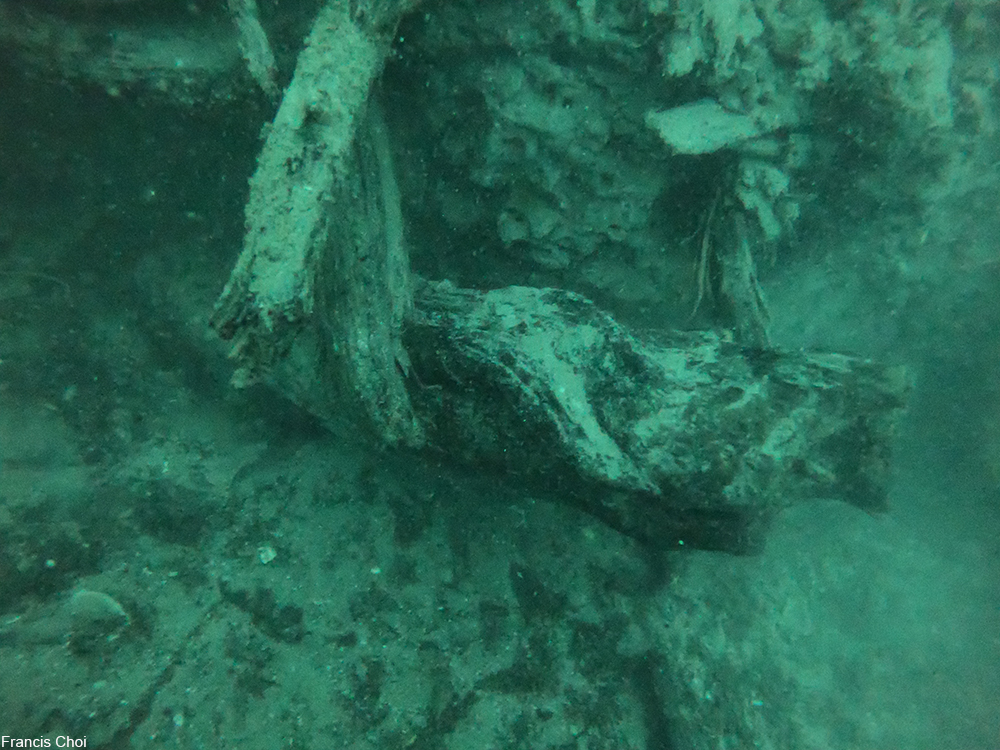 The underwater cypress forest. Via/ NOAA

Today, the water is murky and shark infested, but nevertheless in December 2019 researchers from the University of Utah (funded by the The National Oceanic and Atmospheric Administration) and Northeastern University set to discover what was under the water. Work was completed as part of the Ocean Genome Legacy Center, which seeks to document the many species that live in Earth’s oceans and the environments they inhabit.

Brian Helmuth, one of the researchers who dove in, later described the process as trying to swim through chocolate milk. However, they were able to see the fallen forest, and retrieve numerous samples from the ancient cypress trees.

The wood is remarkably well-preserved because being buried under layers of peat, sediment, and water creates an environment which is devoid of oxygen, and therefore lacks many of the microorganisms and environmental factors that lead to decay. 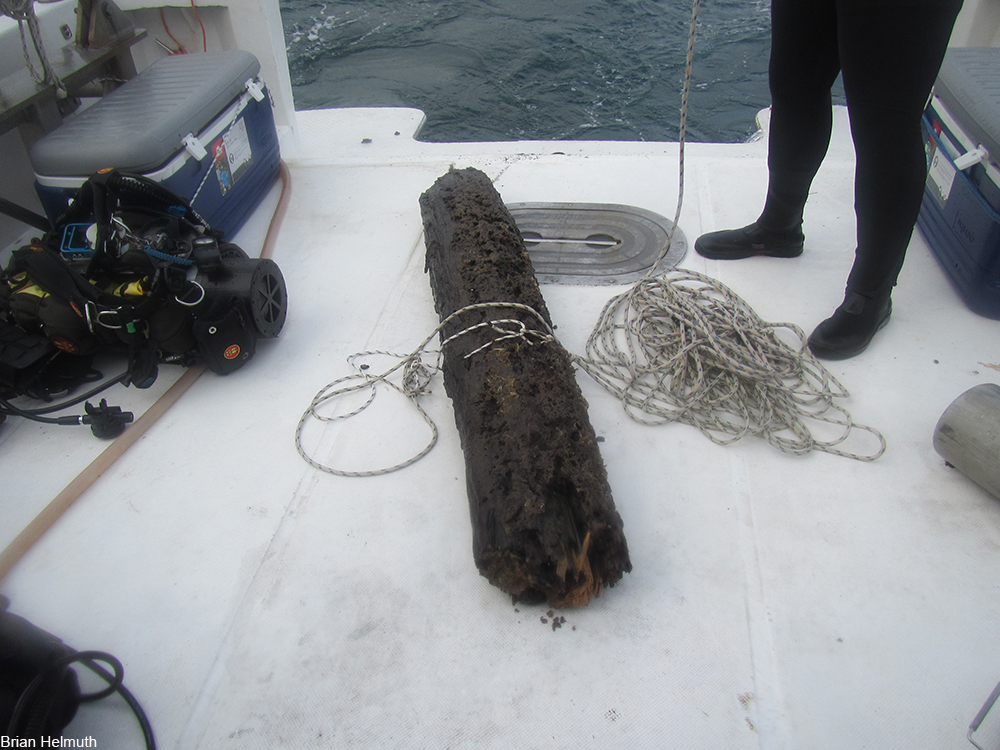 The trunks that were removed are being studied as part of a scheme known as bioprospecting in which previously untapped natural bacteria and other resources are studied for their various chemical components.

While the wood did not rot as normal logs would, trapped inside the hollows of the trees are microorganisms and bacteria that were essentially preserved along with the wood for thousands of years.

One of the most prevalent organisms are types of shipworms, creatures that burrow or use burrow holes to crawl deep into wood and dine on the cellulose within. According to the NOAA, previous finds of ancient shipworms and the bacteria they carry has led to the development of possible new treatments for parasites that infect humans and the hope is that new discoveries can be made from the submerged cypress forest shipworms as well.

Chemical compounds that come from bacteria living in other organisms are less likely to be toxic to humans since they have been “pre-screened” by animals like shipworms. The cultures from samples taken from the cypress shipworms have so far yielded 100 strains of bacteria, many of which were previously unknown to researchers. 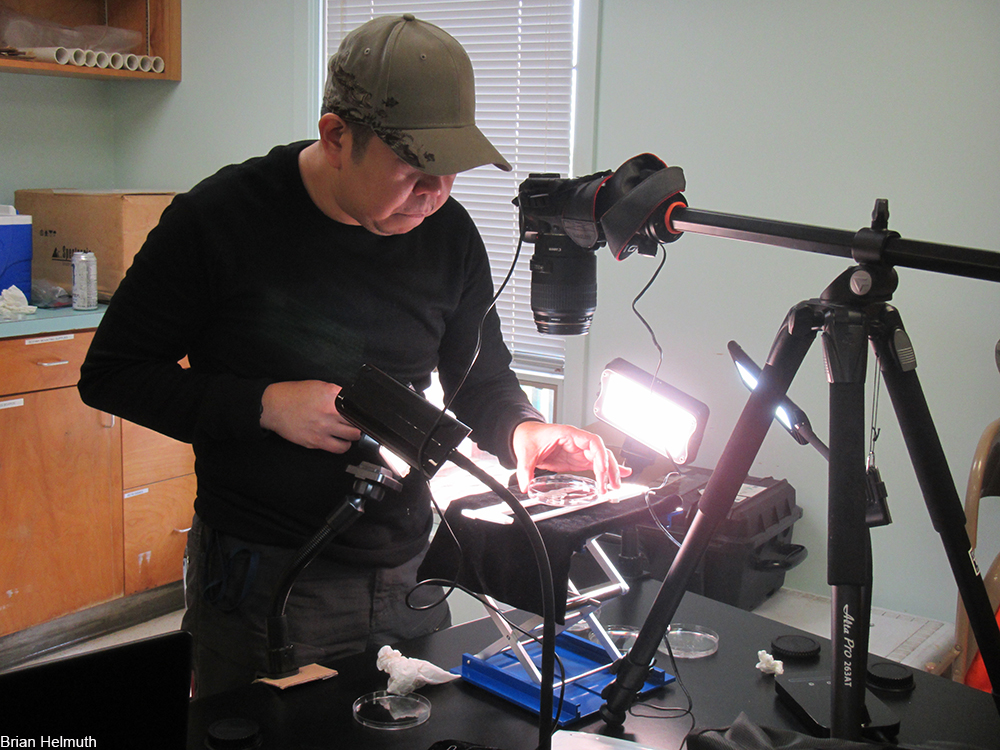 Researcher, Marvin Altamia, photographs and documents the organisms pulled from the submerged wood. Via/ NOAA

More sampling is needed on the specimens and the hope is that future sites can also provide new species and new discoveries. This study has laid the foundations for how research on this type of submerged site can move forward in future. The species trapped underwater and buried in sediment have effectively provided us with a time capsule for DNA and bacteria that is no longer present on the surface, something which hopefully can help us for generations through new medicines.