What if a loved one could really communicate from beyond the grave? What if they could leave behind something tangible that you could hold in your hand? This wish for some was so great that when spirit photography became popular, it was incredibly easy to believe. Spirit photography was a popular genre of photography in the mid to late 1800s. During the 1860s, deceased Civil War soldiers were sadly missed by their families while at the same time photography was taking off. When spirit photography was created as a genre of double exposure, many mourners believed that their loved ones were reaching out from the other side. 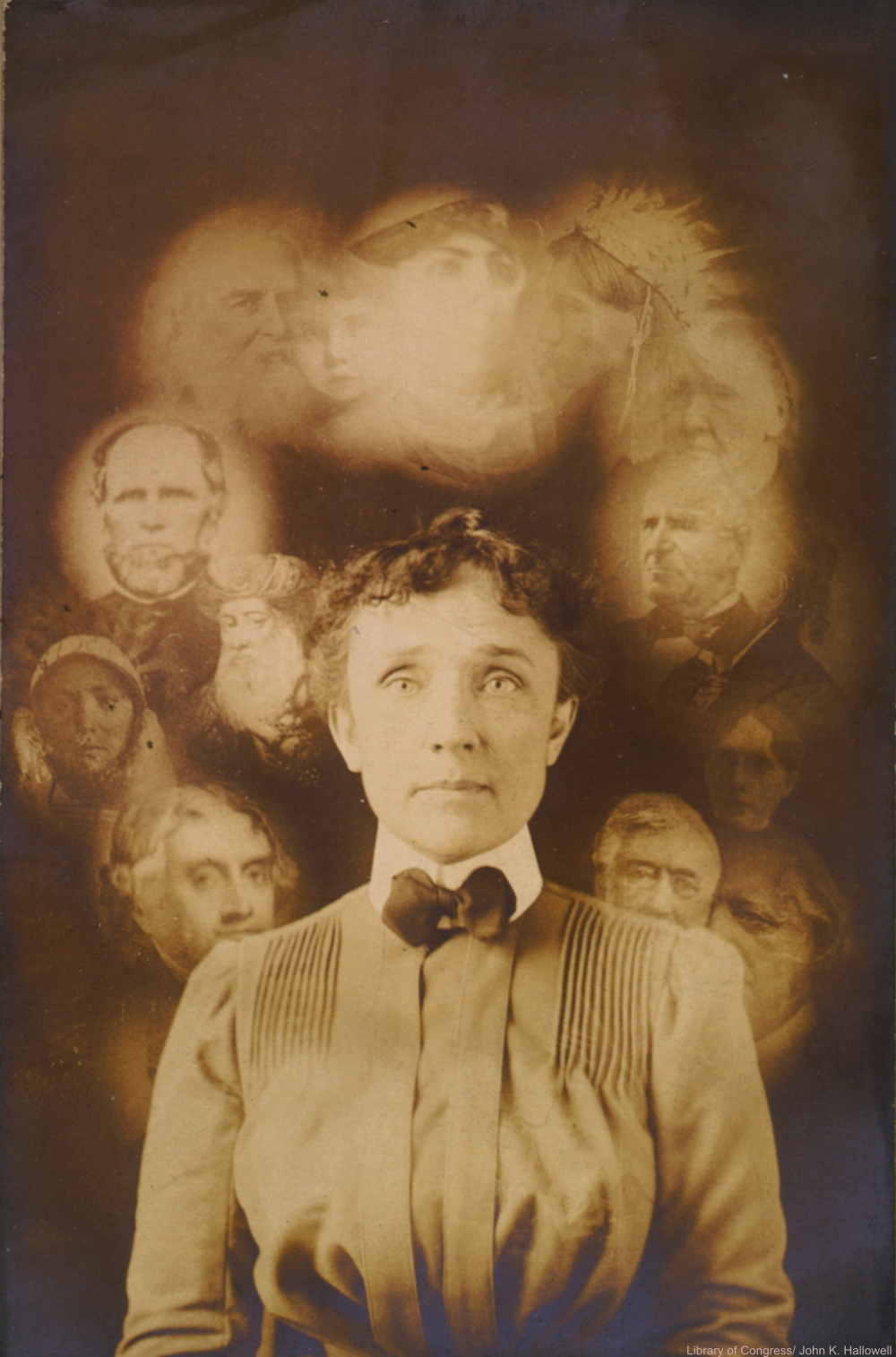 From the original caption: “Spirit photograph, supposedly taken during a seance, actually a double exposure or composite of superimposed cut-outs, showing woman with portraits of men and women around her head. Via/ Library of Congress 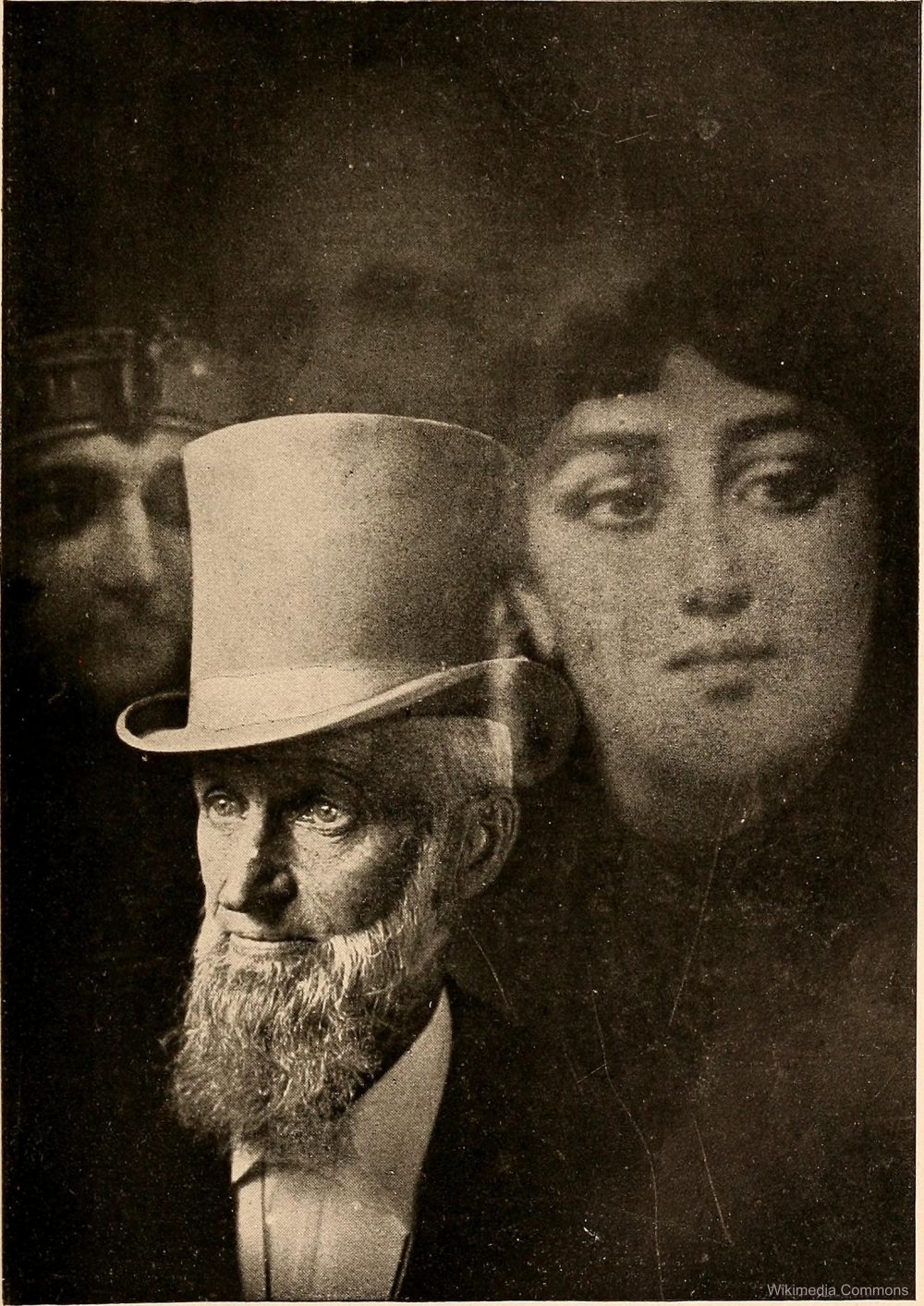 Spirit photograph from the late 1800s. Via/ Wiki Commons 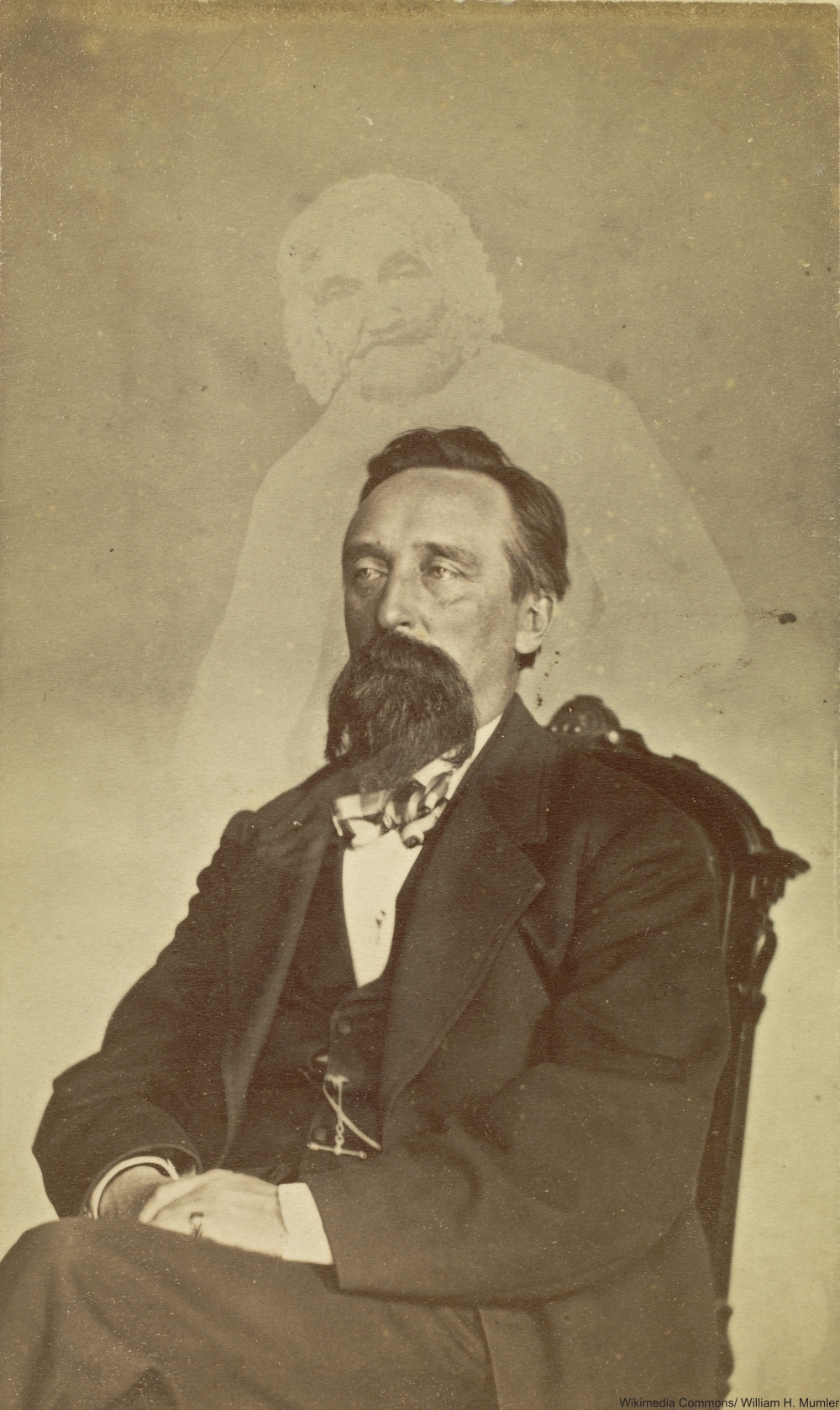 John J. Glover with spirit behind him. Via/ Wiki Commons 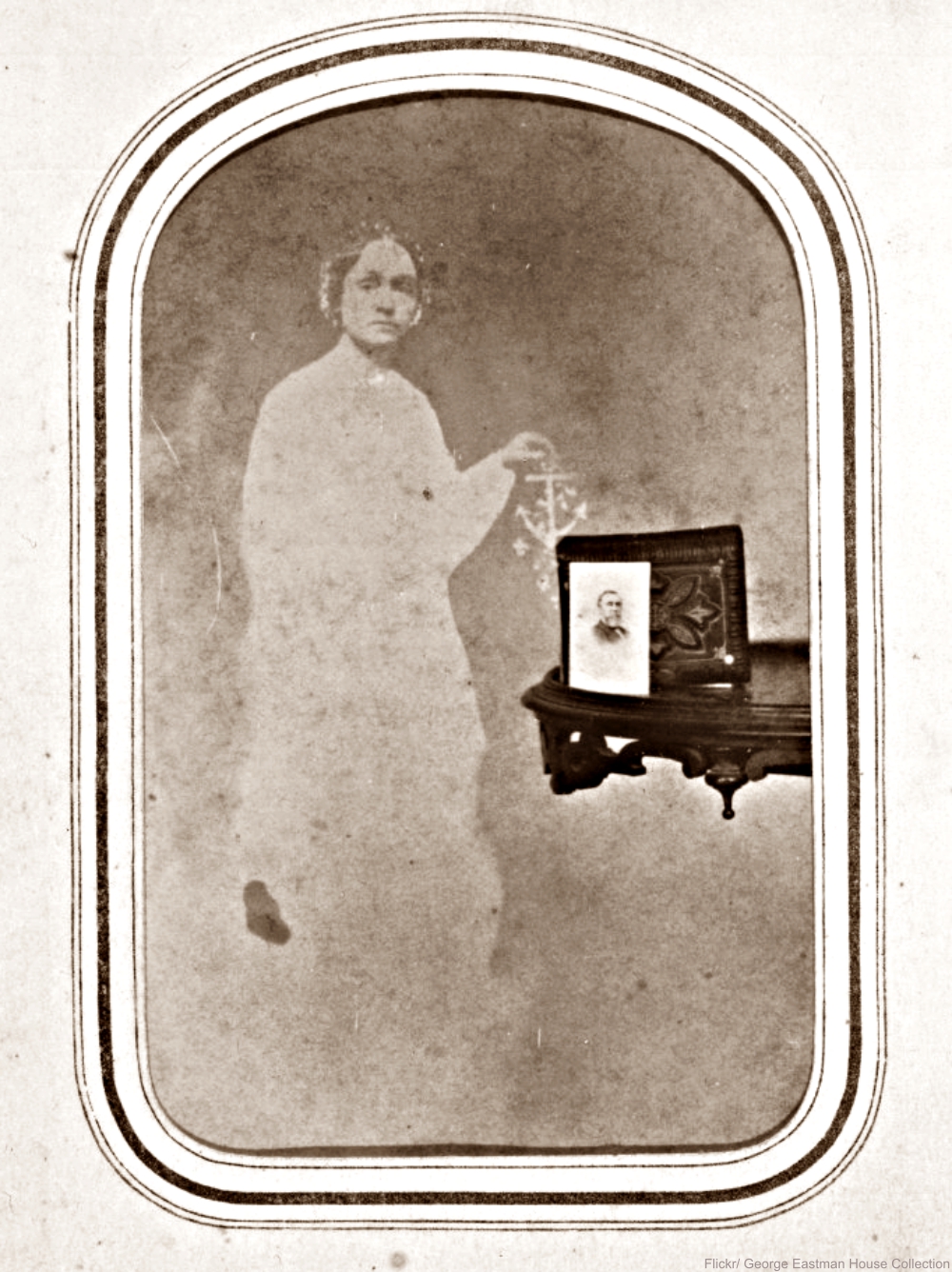 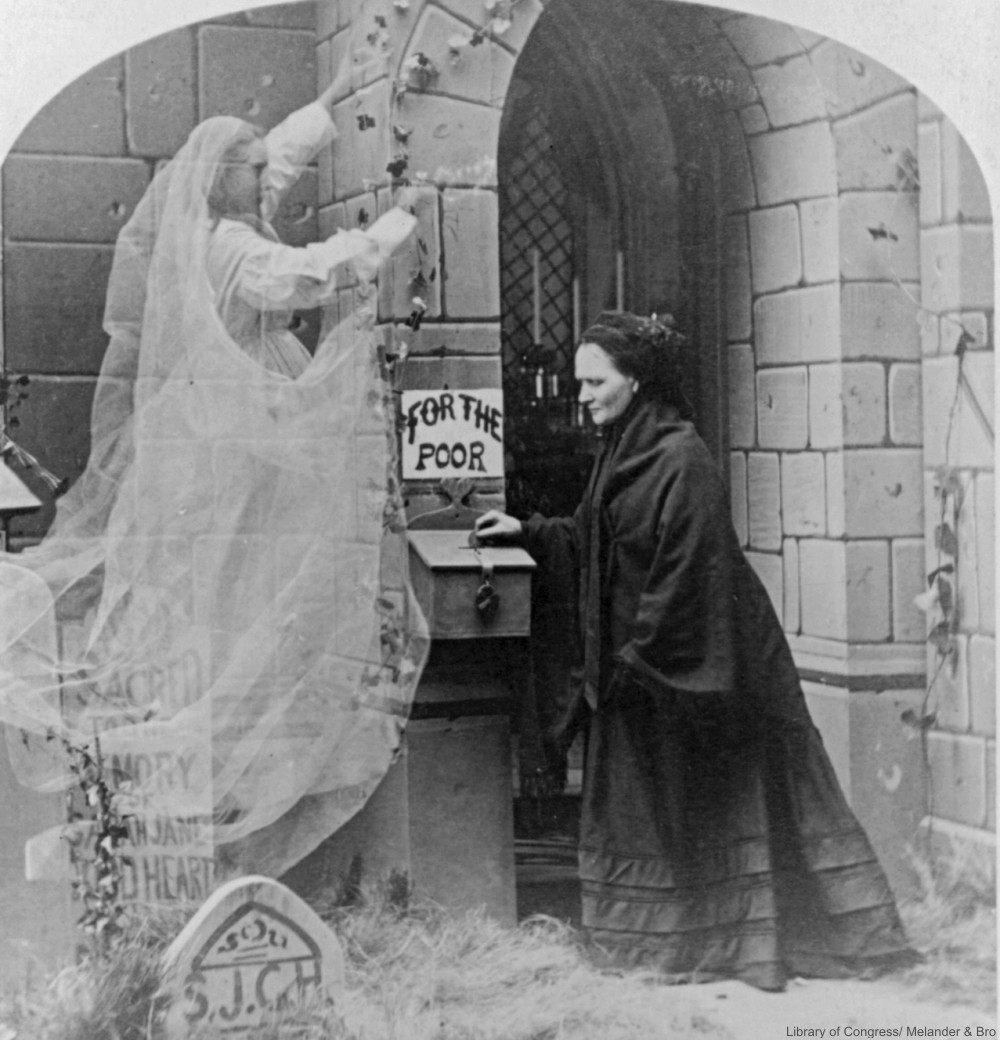 Spirit photography stereograph image from 1876. Via/ Library of Congress

The supposed spirit would appear as a faint impression of their earthy shape, sometimes in the background, sometimes touching the living person in the photo. The most well-known of these spirit photographers was William H. Mumler. He discovered the process of double exposure by accident, believing at first that he had captured the image of a ghost. Once Mumler figured out what had happened, he saw the market value of producing these kinds of images for sale as “proof” of spirits among us. The reason he is well-known is because his fraud was revealed when he created a double exposure of P.T. Barnum with Abraham Lincoln in the background and Barnum was called in to testify against him in the court case. Despite Barnum’s testimony, Mumler was acquitted, though his professional prospects took a nosedive after the trial. 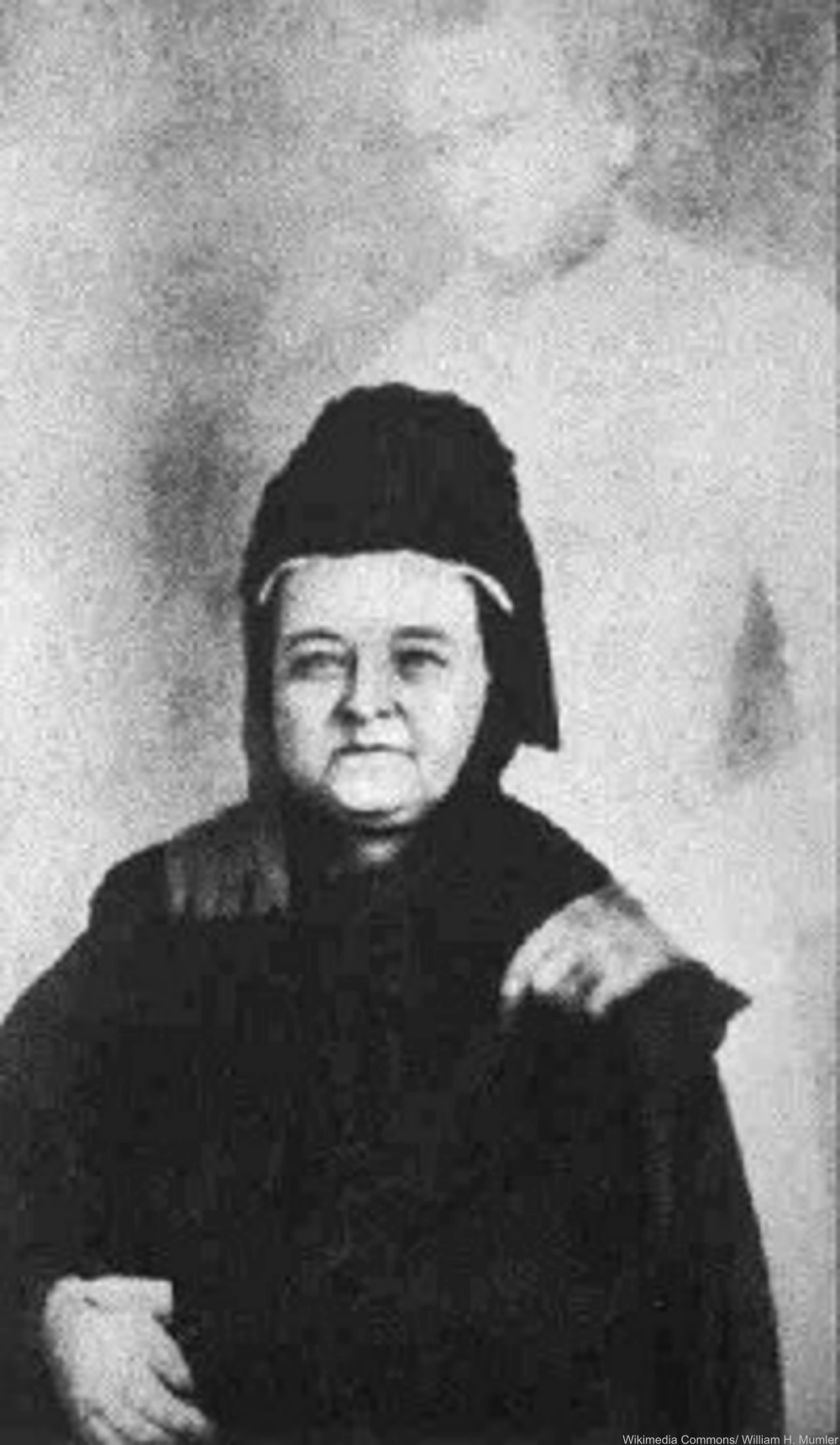 Mary Lincoln Todd with the spirit of Abraham Lincoln, 1869. Via/ Wiki Commons 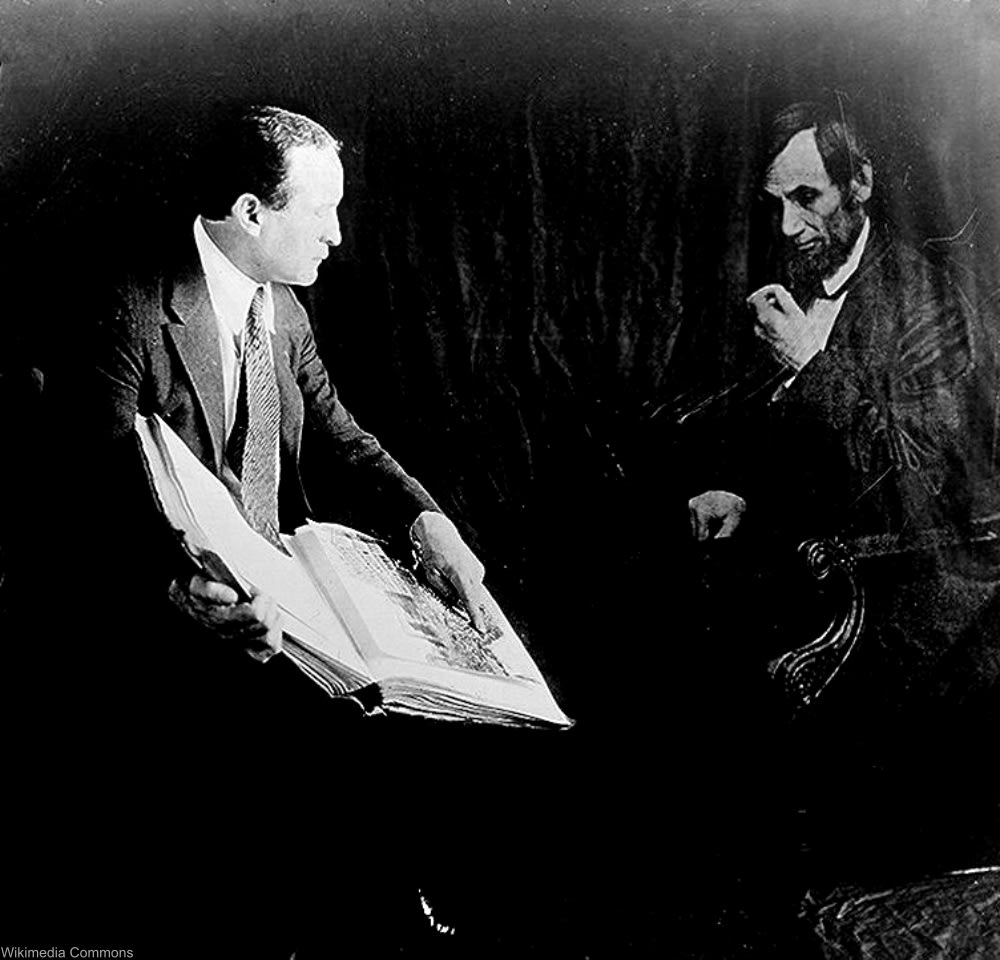 Harry Houdini with the spirit of Abraham Lincoln. Via/ Wiki Commons

Even though Mumler’s spirit photography had been called into question, many people still believed that the dead could show their energy in photos. Harry Houdini set out to disprove this possibility and also attacked the mediums who held these fraudulent seances. One of his targets in the 1920s was the medium, Mina Crandon. Houdini even so far as to reproduce her tricks on stage in a humorous manner. The great losses during World War I and then the Spanish Flu epidemic meant that hosts of mourners were looking for some sign of their loved ones. Mediums, spiritualists, and photographers filled a niche market for those looking for connections to the dead and spirit photography had a brief resurgence. 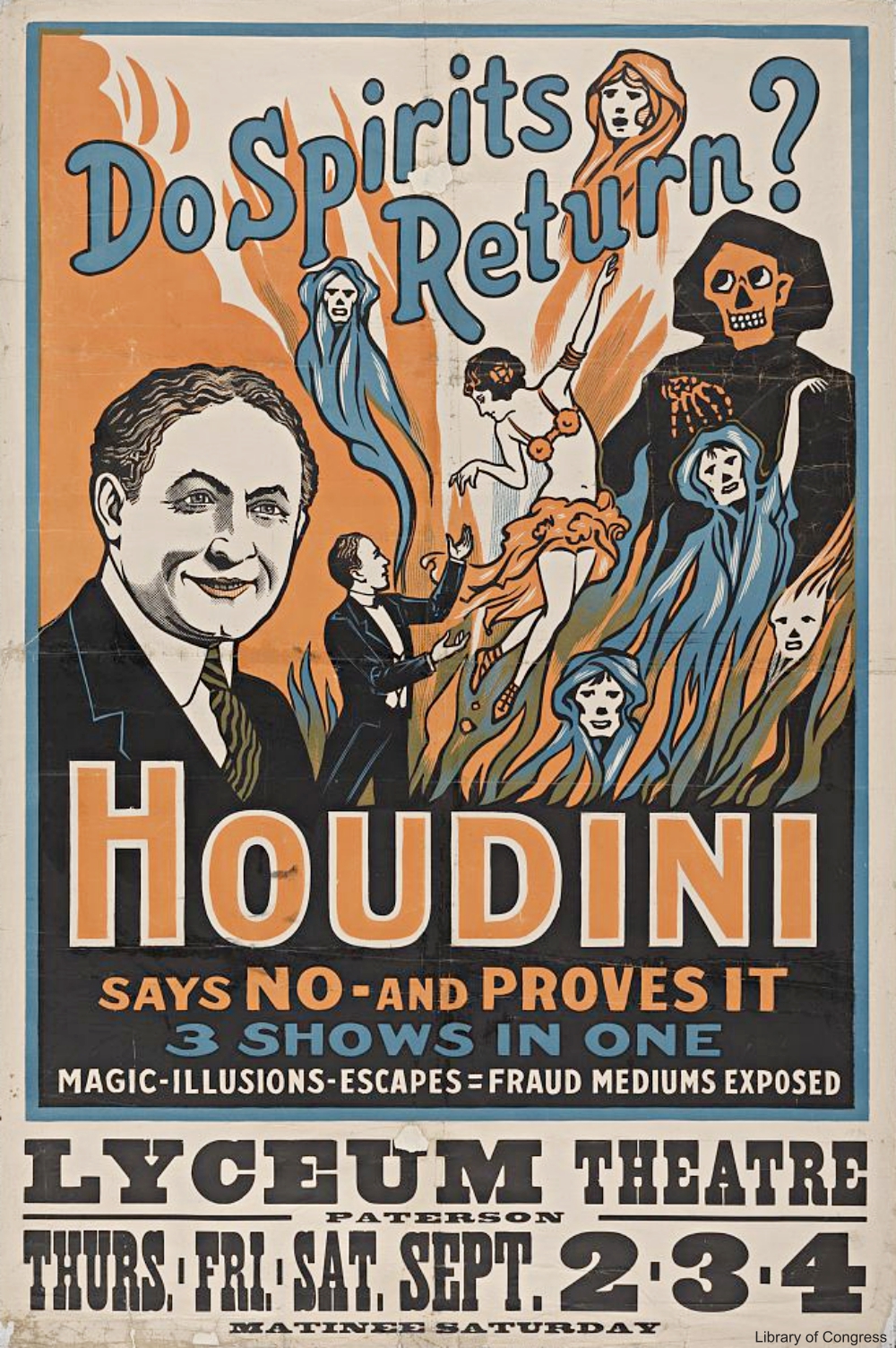 Houdini poster: “Do spirits return? Houdini says no – and proves it 3 shows in one : magic, illusions, escapes = fraud mediums exposed.” Via/ Library of Congress 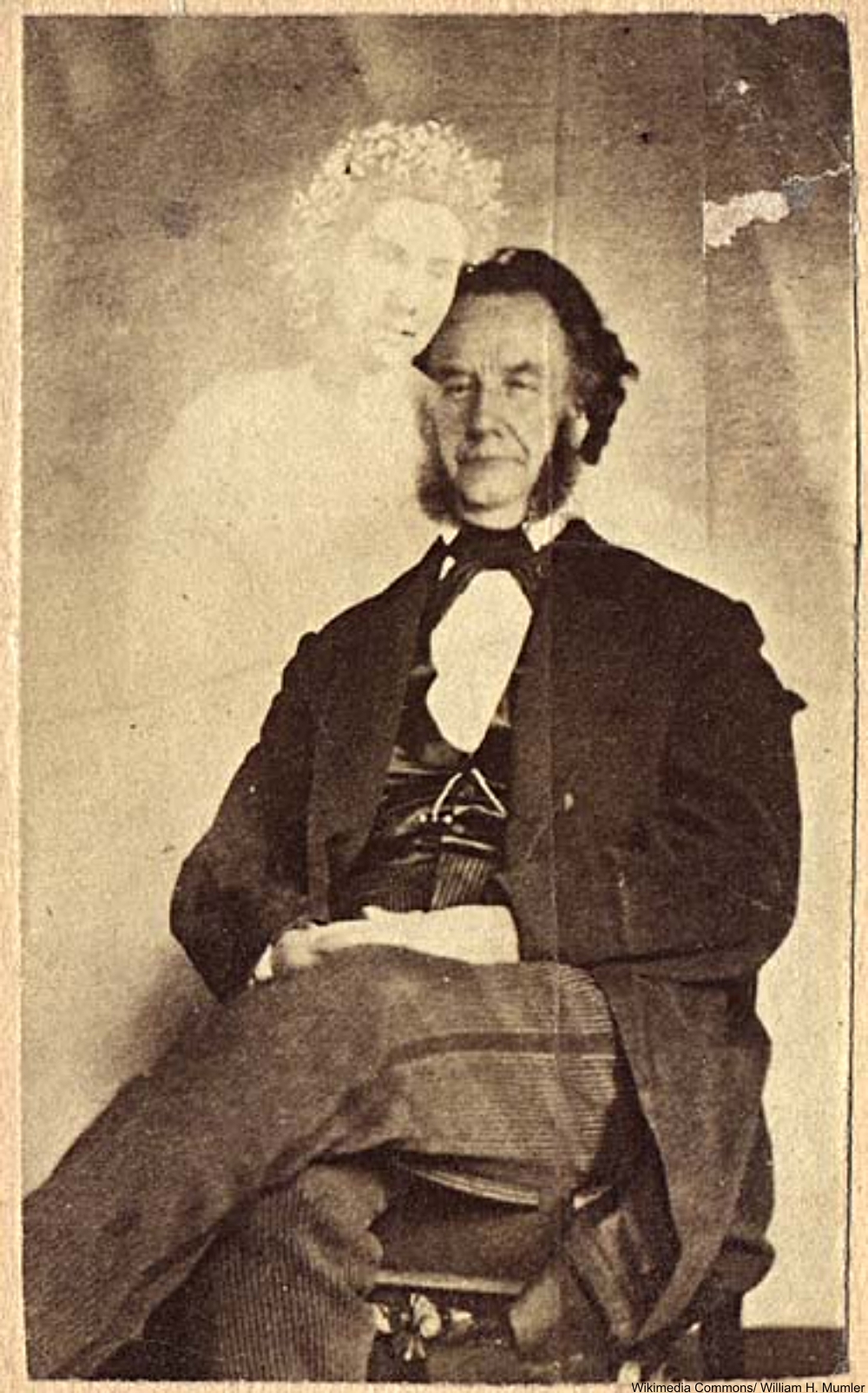 Moses A. Dow, Editor of Waverley Magazine, with the spirit of Mabel Warren, 1871. Via/ Wiki Commons 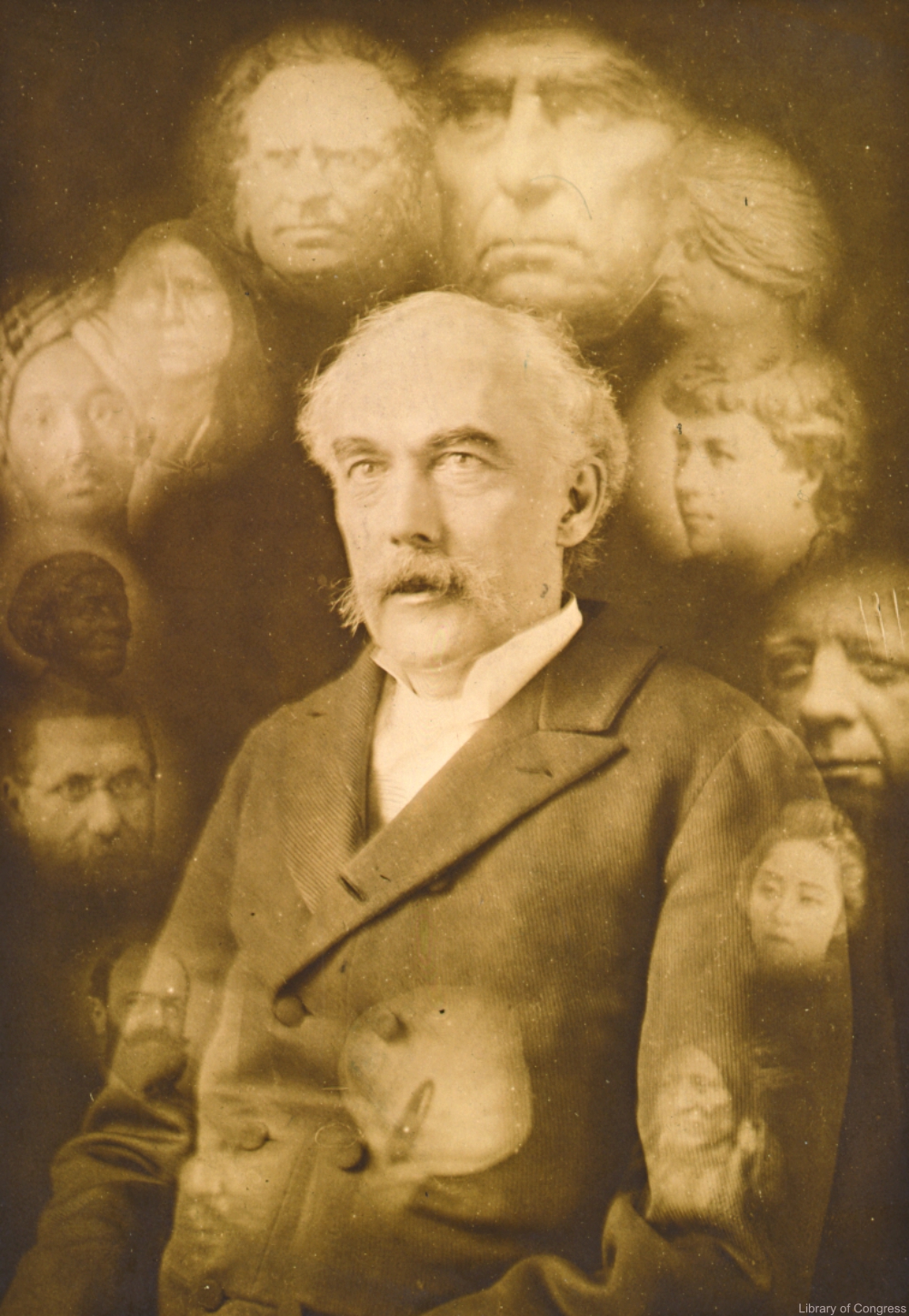