A man named Earl Tupper invented Tupperware in the 1940’s, but the American public simply didn’t like plastic. The Company nearly went under until it took a cue from its leading seller, a woman named Brownie Wise in Miami, Florida. Ms. Wise and her mother had pioneered the idea of Patio Parties, which quickly caught on and became the now-famous Tupperware parties. These photos walk you through the fun history… 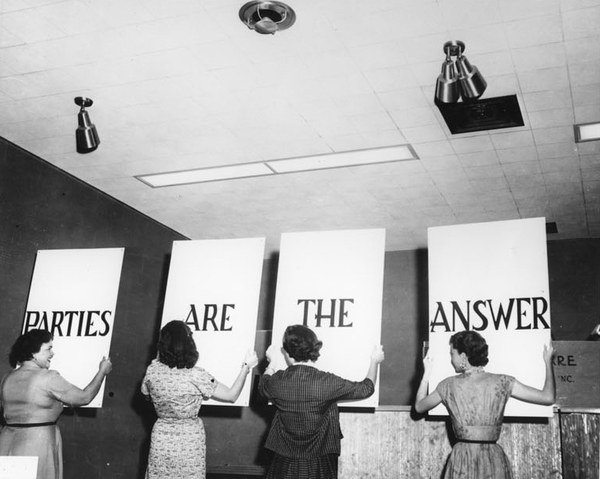 The company behind Tupperware held annual jubilees for its salespeople, and this photo, courtesy of the National Museum of American History, shows when the strategy changed. Parties are the answer! 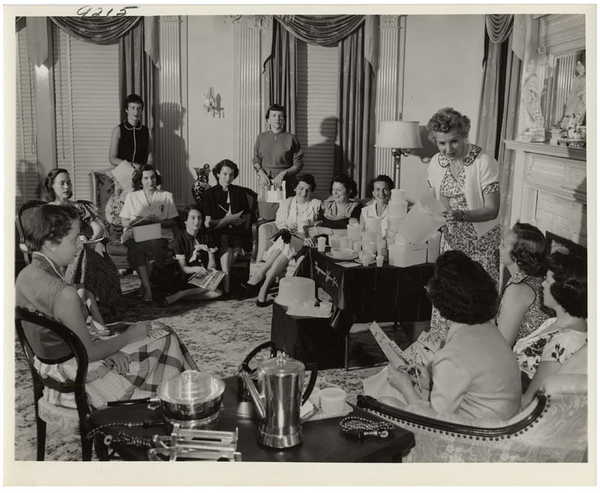 Here we see Brownie Wise herself in action at one of her parties. You see she has a full product list as well as a little bit about each person. 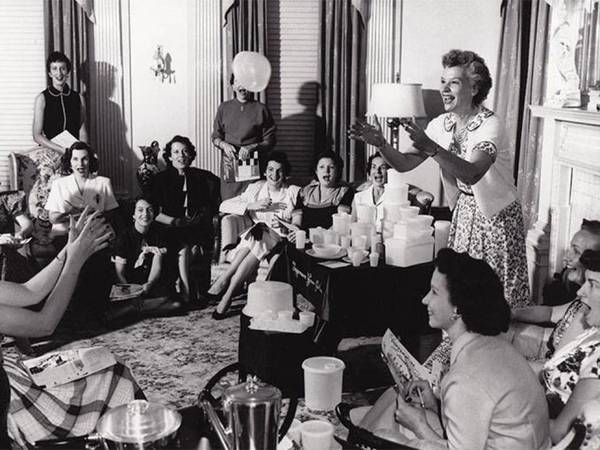 Ms. Wise was constantly tweaking her model, and added party games throughout the events, as you can see in this photo of a balloon in mid air! 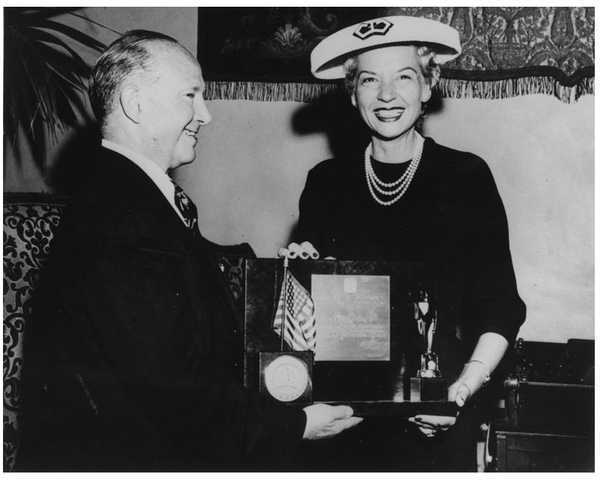 Ms. Wise quickly became a sensation and received numerous awards from the company and in 1951 was appointed a Vice President in charge of building the home party business. 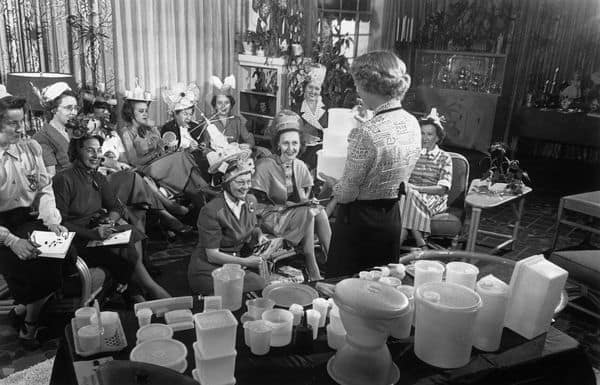 The parties quickly sprung up around the nation and they became famous for being fun in unexpected ways, such as having cooky hats and games throughout. 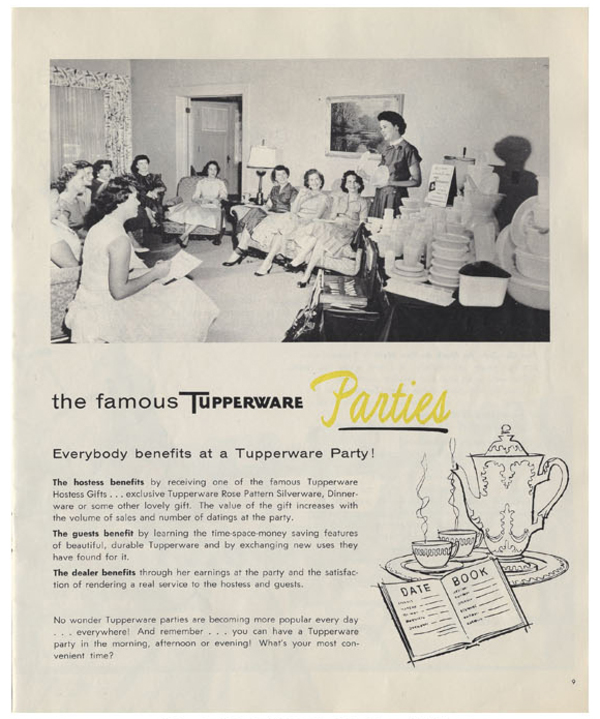 The sensation spread and women were recruited in to host their own parties, as seen in this early 1960’s advertisement. 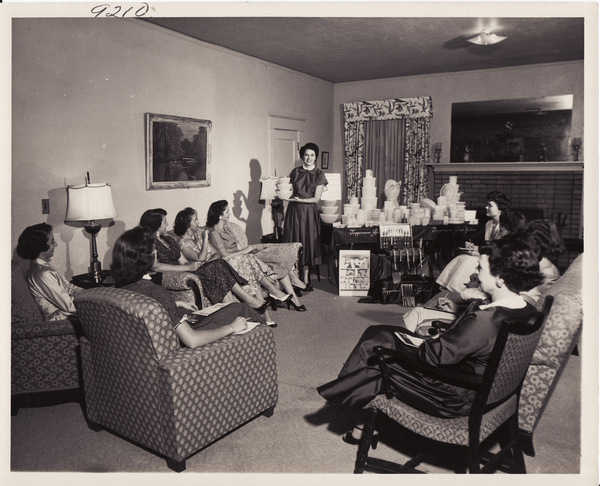 Another view of a late 1950’s Tupperware party. 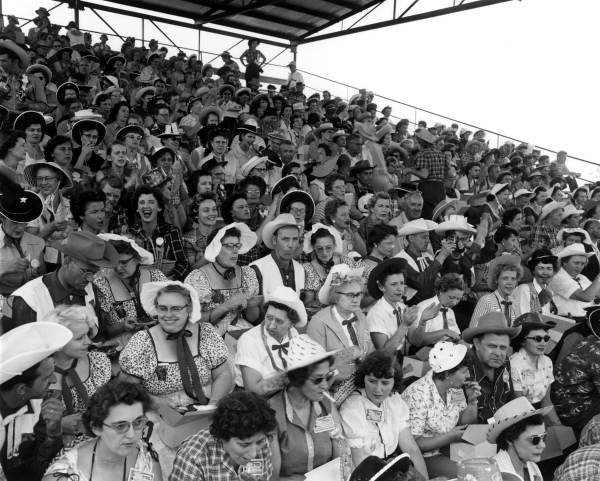 Tupperware sellers loved attending the annual jubilee in Florida. Here is a view from the 1955 event! 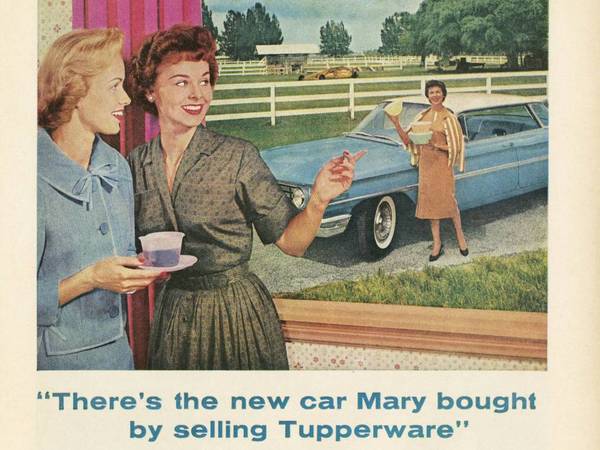 Tupperware parties became one of the fastest growing marketing programs in the country and is the model for many of the modern MLM programs. The buzz became a little over-the-top, however, as you can see in the above advertisement! 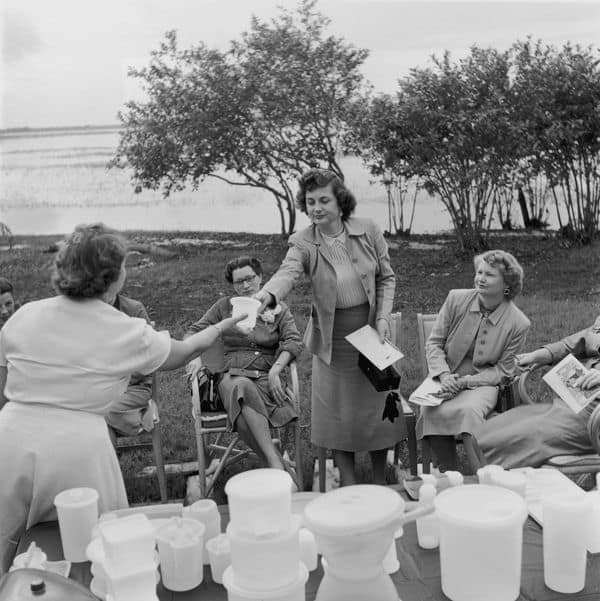 The buzz kept the business going all across the nation, however, as women of all ages and types would set up and attend parties. 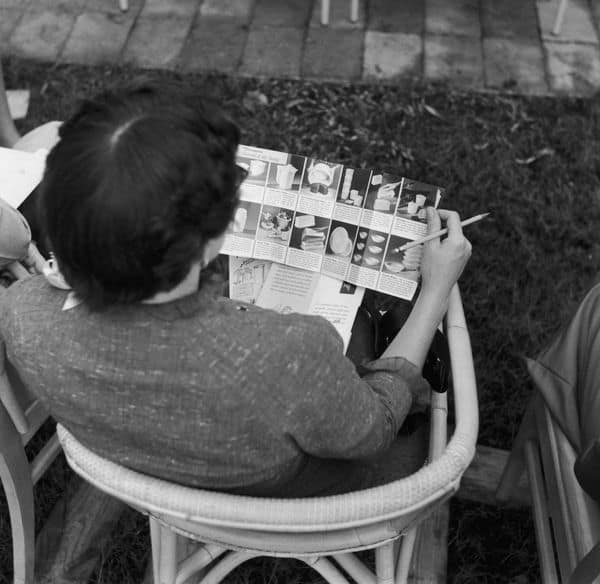 And best of all, they would almost always buy something on the spot, which generated earnings for local women, many of whom had made this their full-time job!