We’ve all been on the receiving end of a gift that was, well, overly-thoughtful to put it politely. Yet on the list of bizarre, unwanted gifts, this table given to Napoleon III is number one, and it isn’t even close. In 1866, Italian naturalist Efisio Marini made a one-of-a-kind table using petrified human remains. Yes, you read that right: hearts, brains, livers, lungs, ears (you get the picture) all formed the backdrop for the pièce de résistance, a petrified foot adorning the top of the table. 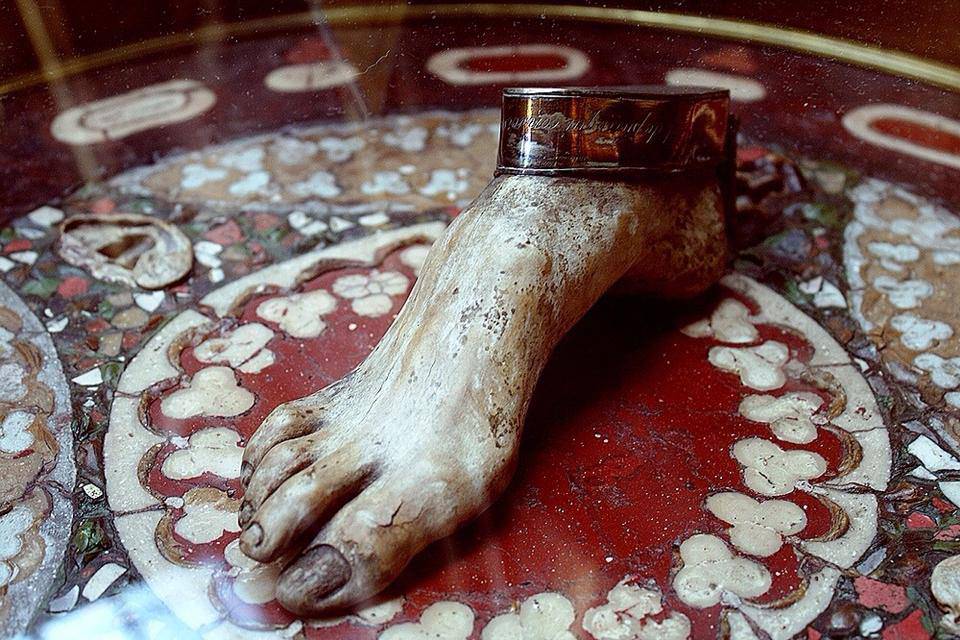 A little context: Efisio Marini was noted for his work in preserving and petrifying corpses without making cuts or injections, so it’s not like this table was entirely unexpected coming from him. That said, we’re not sure what type of relationship Marini had with Napoleon III, and whether Napoleon accepted the gift or put his foot down (see what we did there?) and denied it. The table is now on display at the Museum of the History of Medicine in Paris.