They were intended to keep “resurrection men” from graves. A mortsafe is an iron gate with spokes that go deep into the ground or sometimes a combination of stone and metal. Mortsafes were used in the time before bodies could be donated to science. Grave robbers would dig up the recently departed and sell the corpses for the burgeoning field of medical research.

It wasn’t until the Anatomy Act was passed in Britain in 1832 the act of stealing corpses was illegal and that bodies were allowed to be donated to science. Of course, only the wealthiest families could afford this last safeguard. 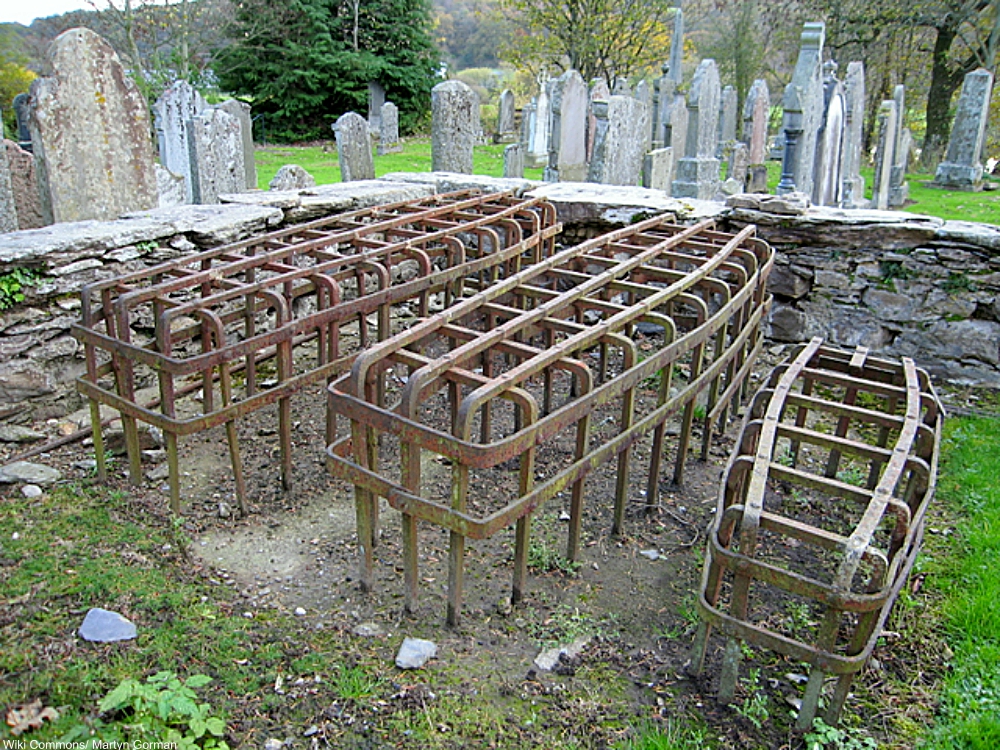 In 1840 Samuel W.White applied for a patent on this hat to prevent drowning. The idea seems to center on an inflatable insert. But, what the design fails to include is a strap to keep the hat on- which means in the event of possible drowning your hat would simply float away. 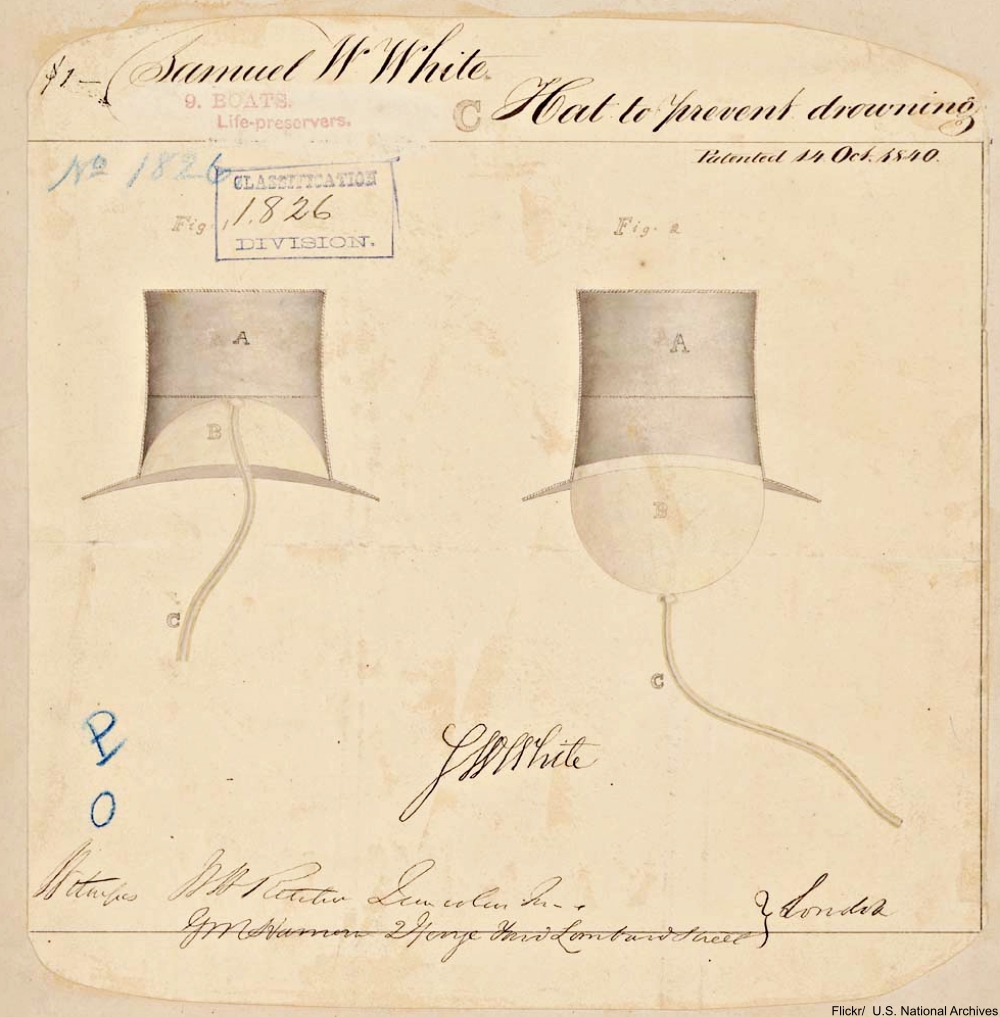