Men Holding Hands? Friendship in the 19th Century Was Quite Different

Today we might look at these images and think that the men in the photographs must have been gay, but that was not a socially acceptable identity back then and many people had no concept of what being homosexual was. 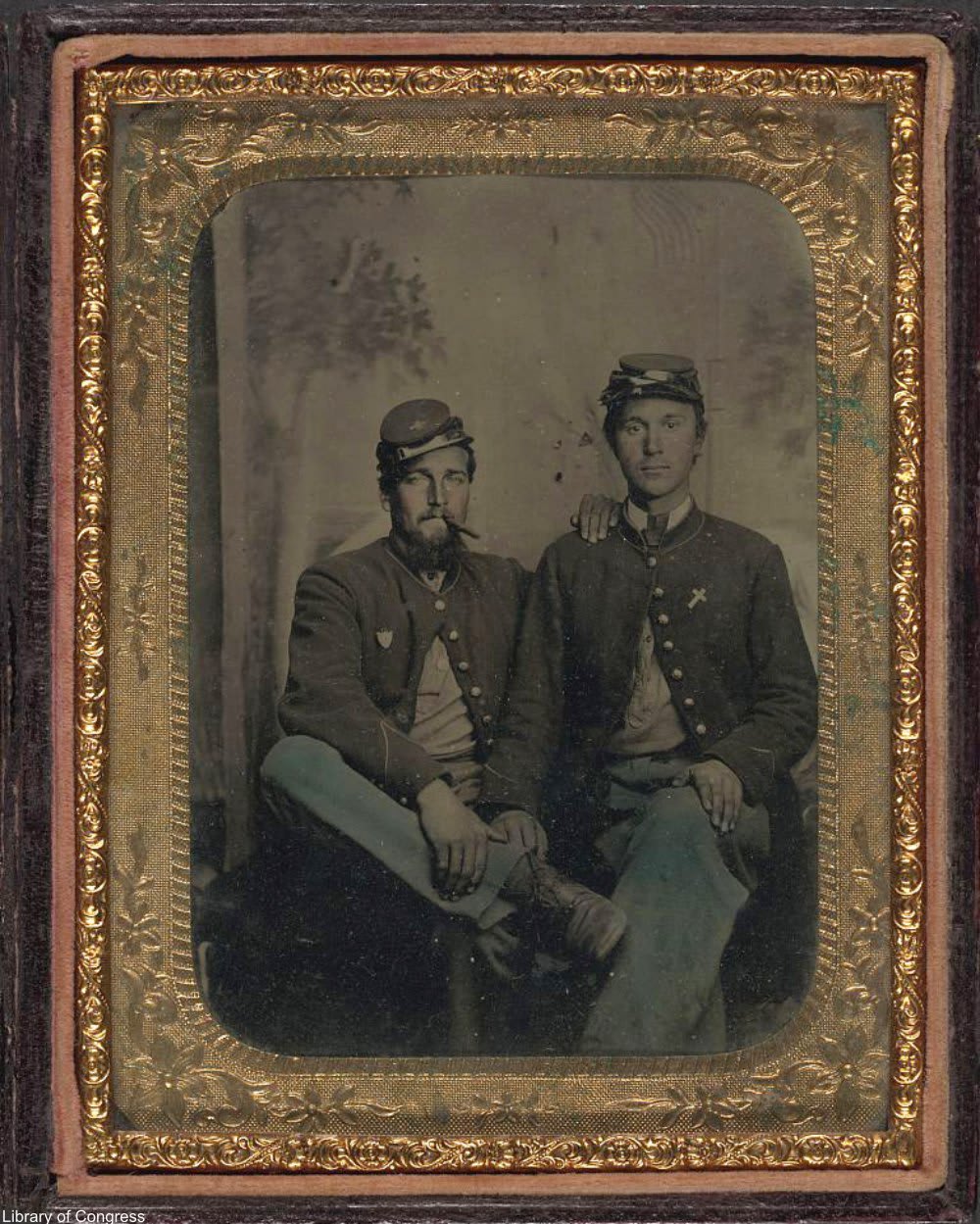 Photograph shows cross medal on man on right and shield-shaped medal on breast and insignia of the 6th Corps on forage cap on man on left. Via/ Library of Congress 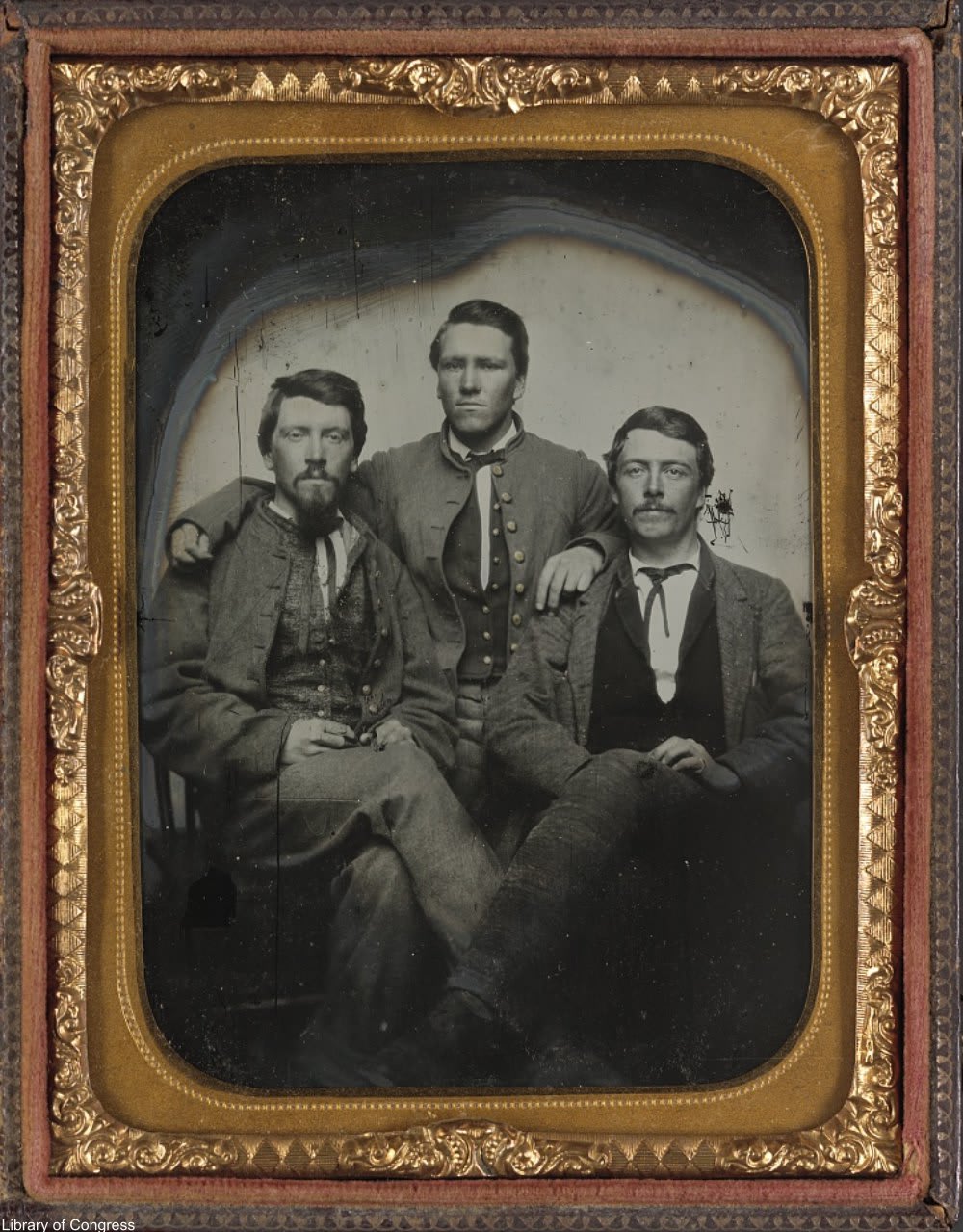 Three unidentified soldiers in Confederate uniforms. Via/ Library of Congress

Most of these men were not engaged in any kind of romantic relationships with their friends, but rather thought of their buddies as the main source of emotional intimacy in their lives. A fortunate few also found this kind of love and intimacy with their wives, but many did not. It is entirely likely that many of the men in these images felt the most freedom and physical ease of their adult lives only while in the company of their closest male friends. 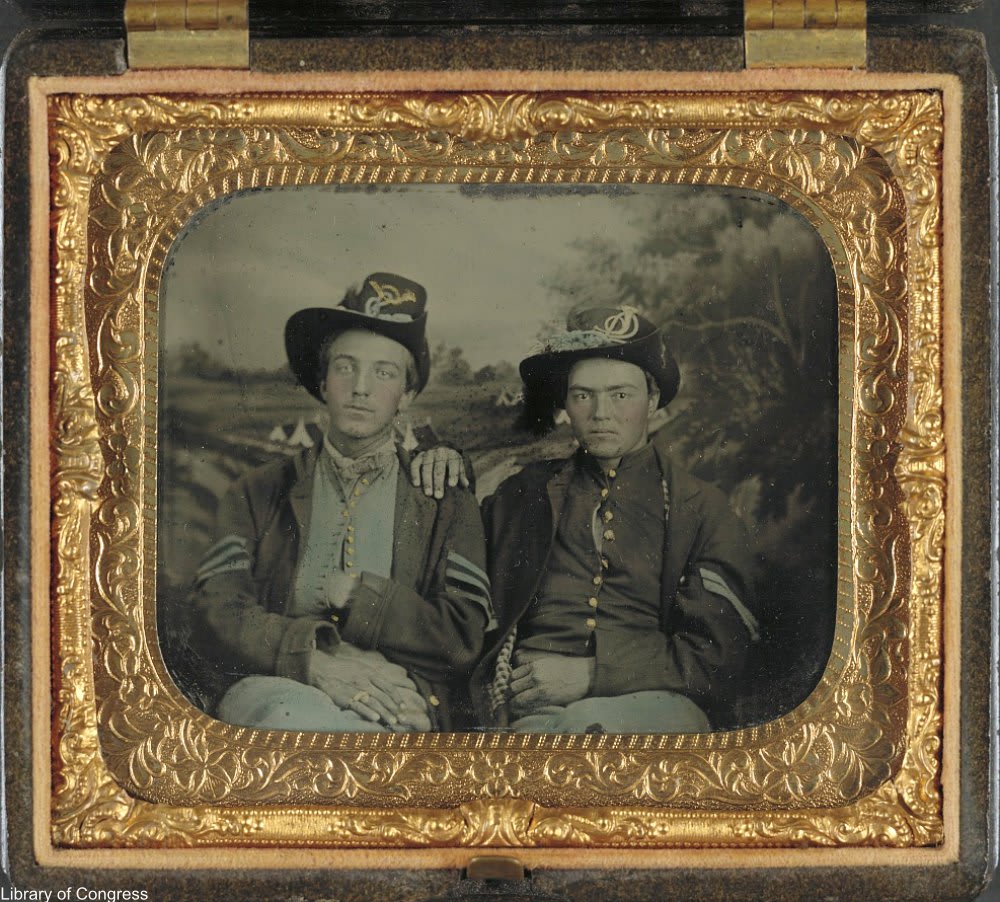 Photo of unidentified sergeant and corporal in Union uniforms in front of painted backdrop showing camp scene taken between 1861 and 1865. Via/ Library of Congress 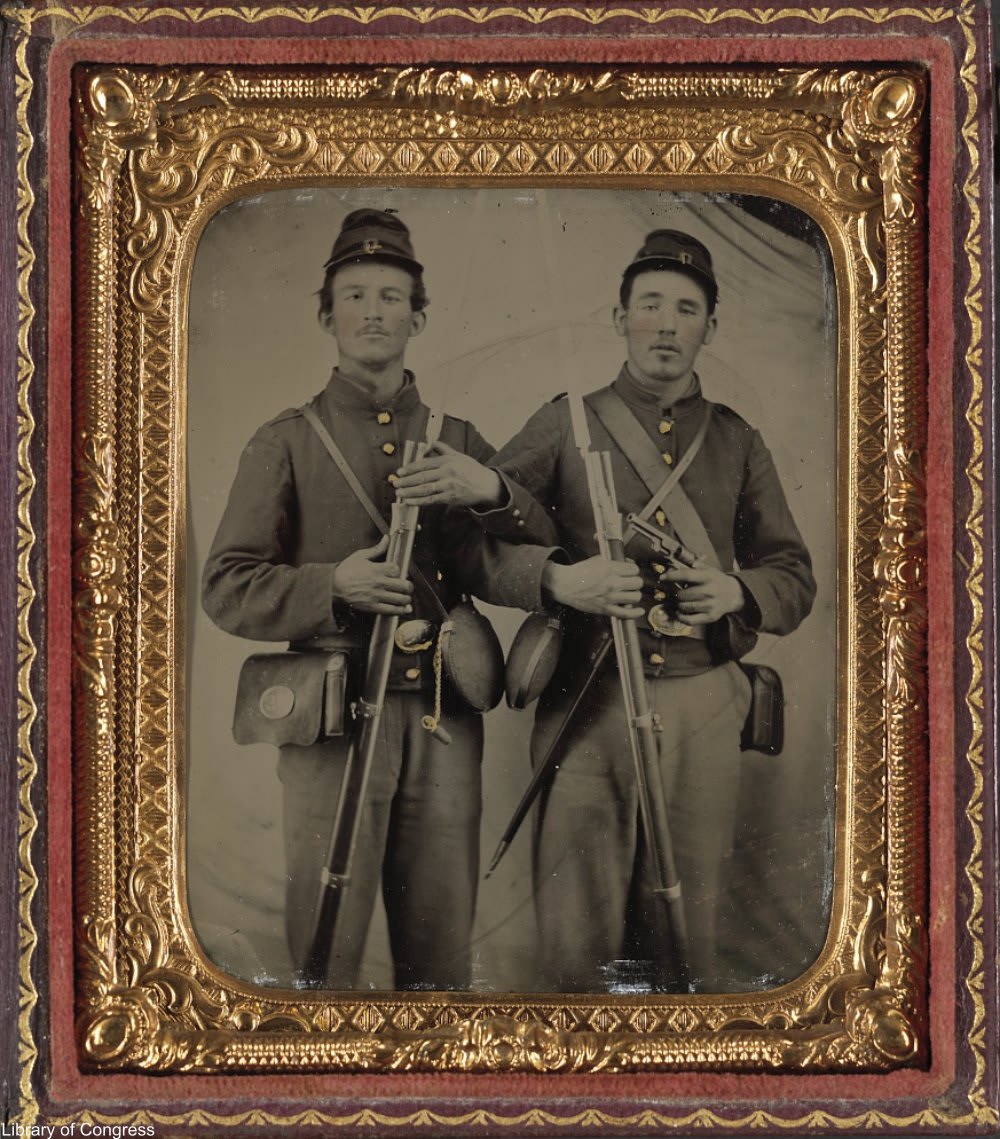 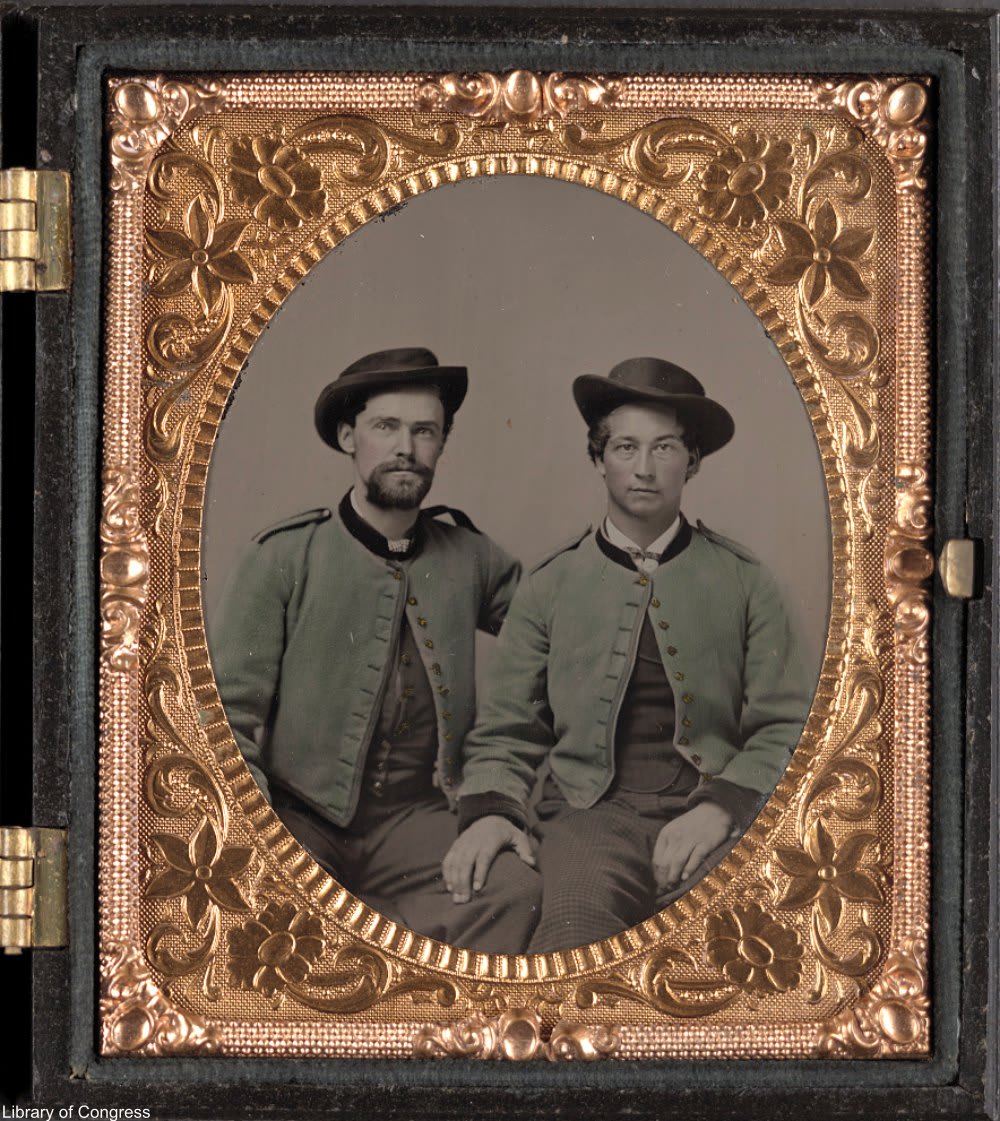 As media changed, the cultural concepts of love and friendship love began to take on new meanings. Turn of the century advertisements, movies, and later radio all painted romantic love as a rollercoaster of emotions, capable of bringing a bliss like one would never have otherwise known. After World War II, jewelry companies marketed engagement rings as the way to show your gal how much you truly cared. 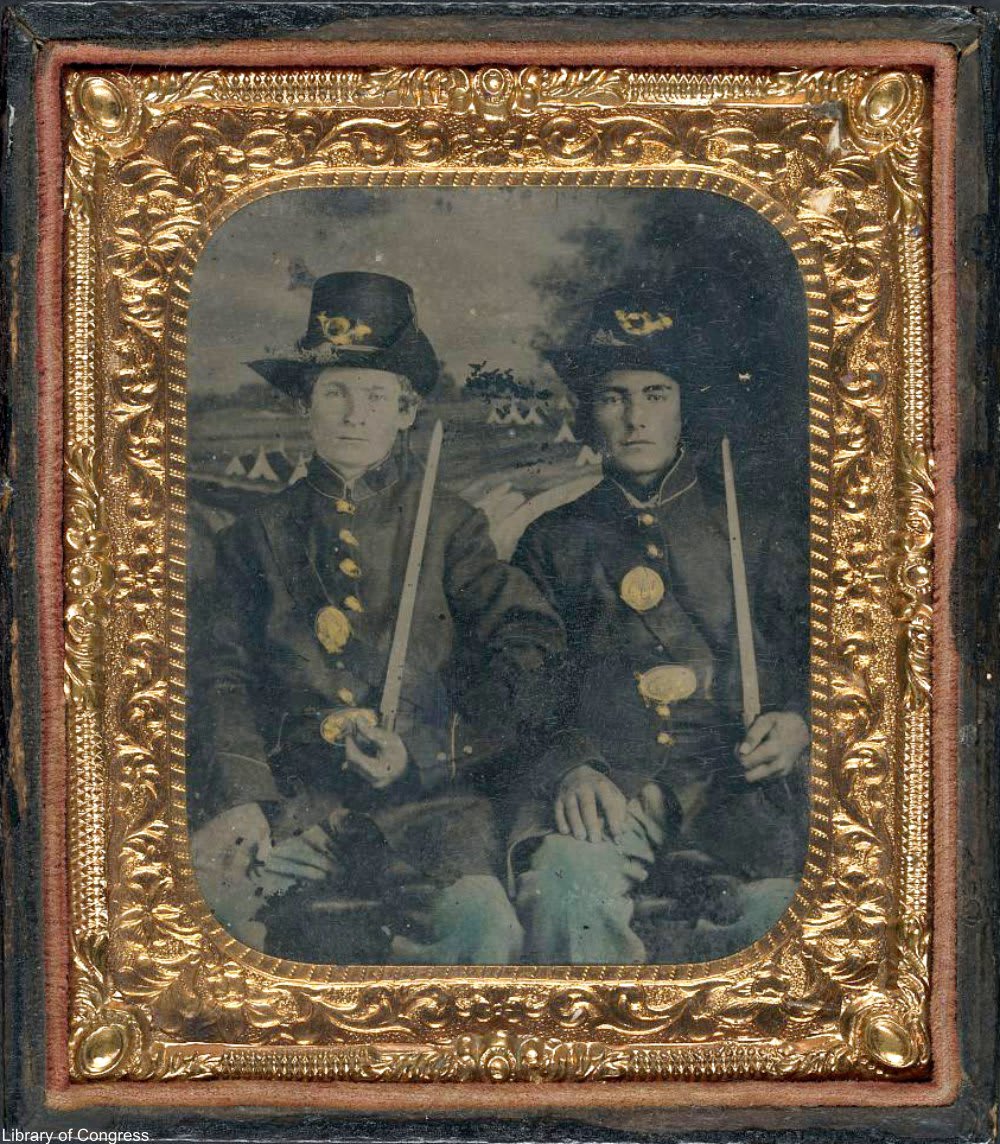 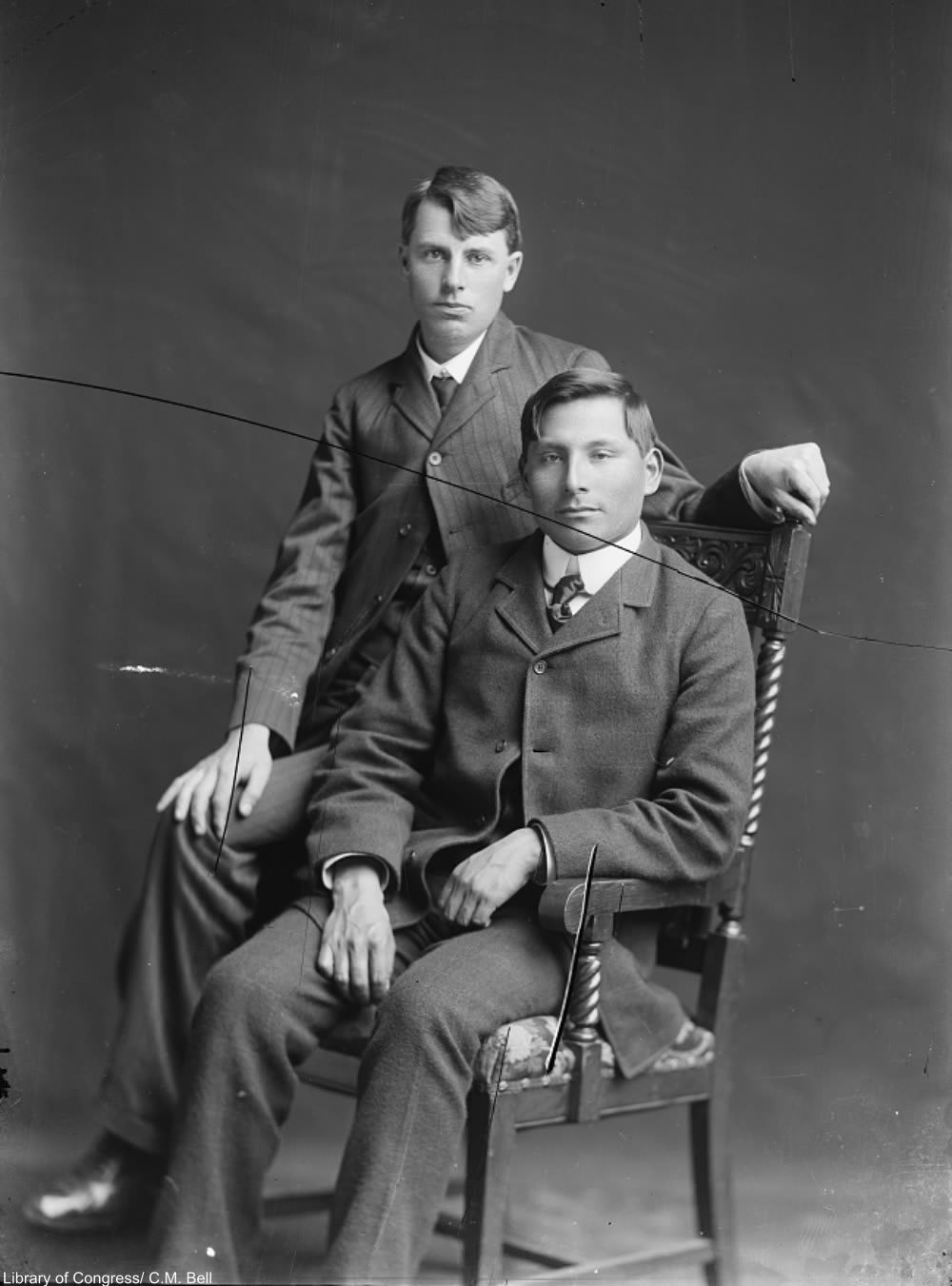 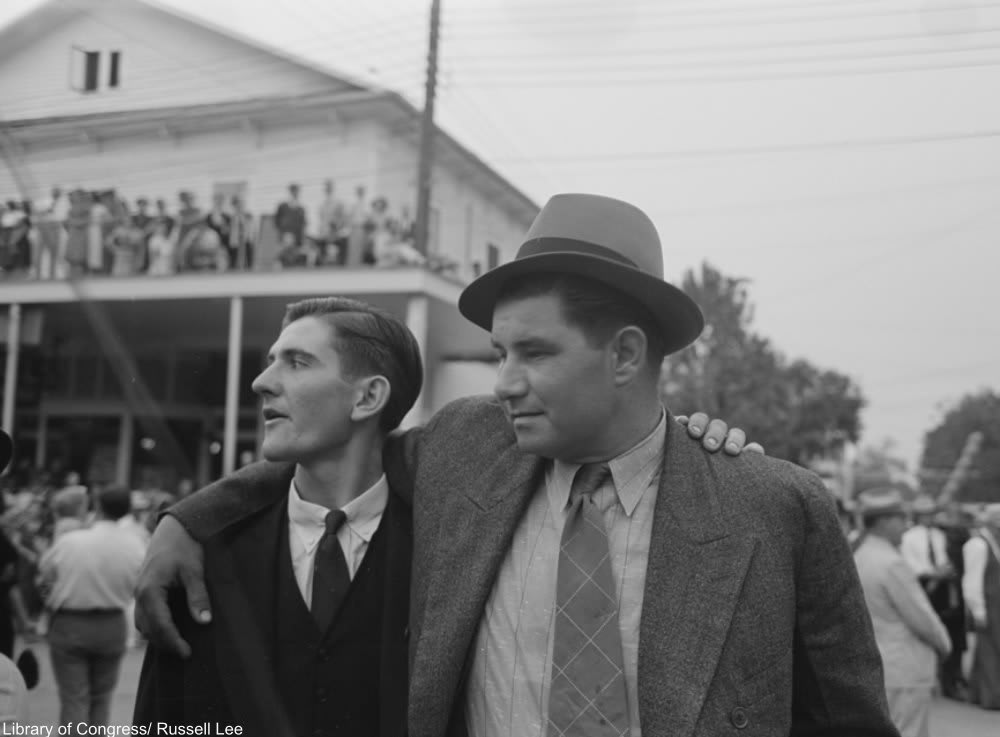 Men at a festival in 1938 still showing public displays of affection. Via/ Library of Congress

By and large, many Americans came to see romantic love between spouses as a more valid and worthwhile expression of affection. Open touching and hand-holding between same sex friends became less acceptable. In years later you’d never see photos like the ones above, but for a time it was considered just as natural as could be for good friends to be professionally photographed holding hands or embracing – much as couples would do today.