That Time the Tzar’s Wine Ran Through the Streets

In 1917 during the Bolshevik Revolution the Winter Palace had been emptied of its royal inhabitants, and was set upon by different factions of revolutionaries and soldiers. Each wanted alternately to either protect the items of cultural heritage contained within the 1500 room palace or to plunder her wares and take what they could or else smash the rest as symbols of imperialist obsolescence. No part of the palace was safe, and that included the vast and valuable wine cellars of the Tzar. 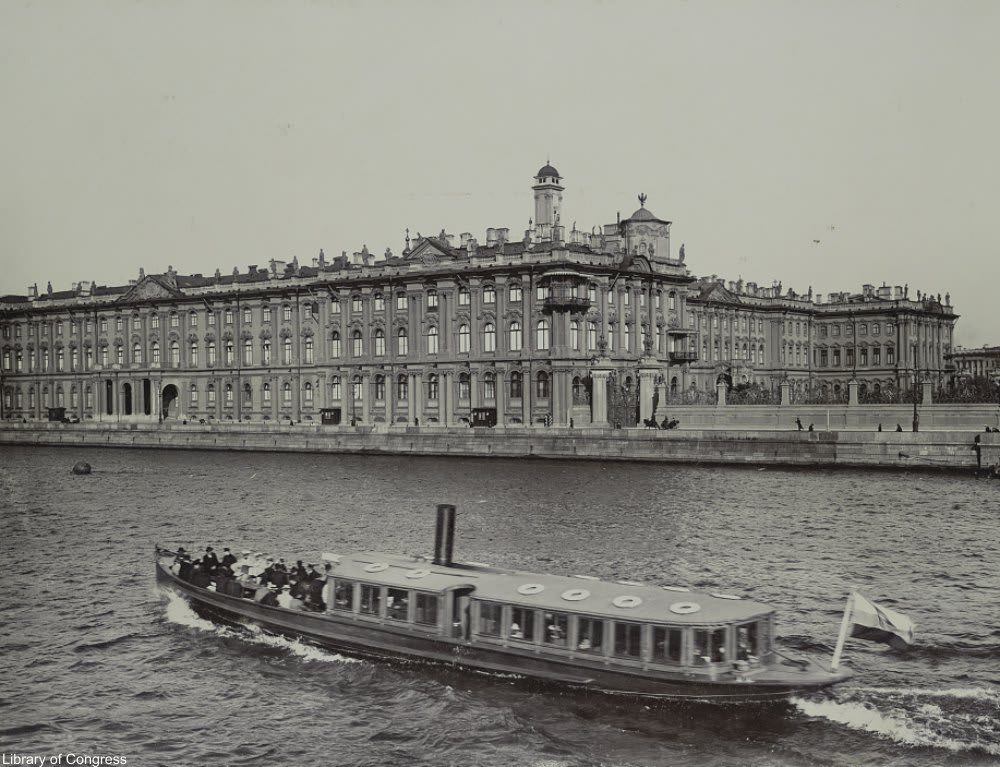 The Winter Palace in 1905 with the Neva River in the foreground. Via/ Library of Congress

Among the pillaged parts of the palace were the royal wine cellars, thought to perhaps have been some of the largest in the world at the time. While revolutionaries called upon the household goods to be left alone because the objects were “property of the people” the wine was quite a different story. 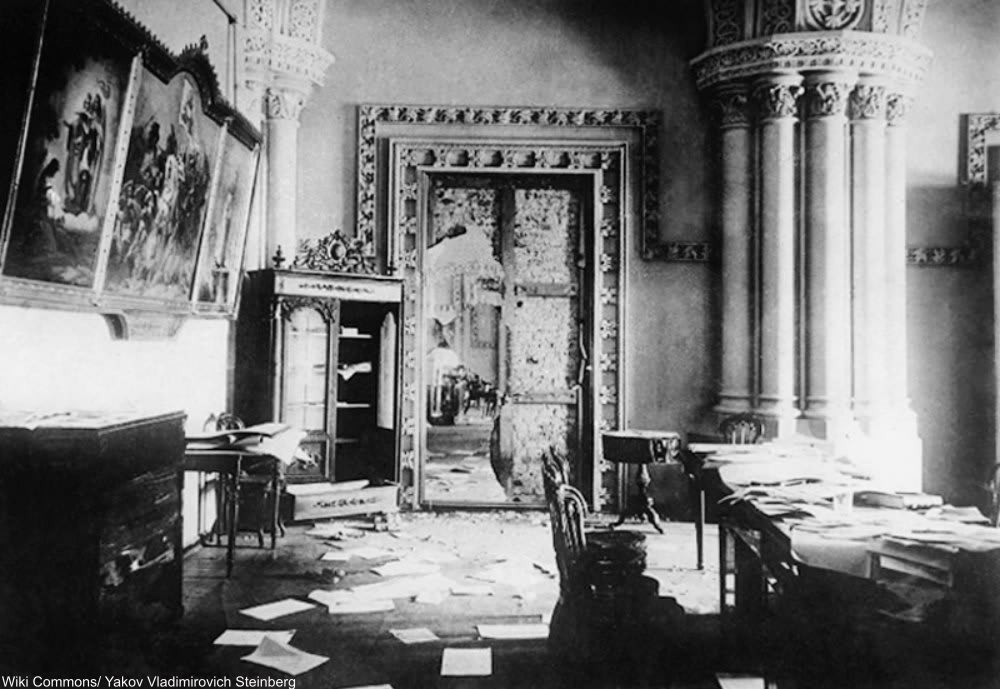 Gothic Hall of the Winter Palace in shambles right after it was taken over by revolutionaries. Via/ Wiki Commons

Soldiers, rather than guarding the stores, broke in and began to drink the wine at a furious pace. The Bolsheviks tied in vain to stop both soldiers and lay people from drinking the vast supply of rare and expensive vintages, but to no avail. 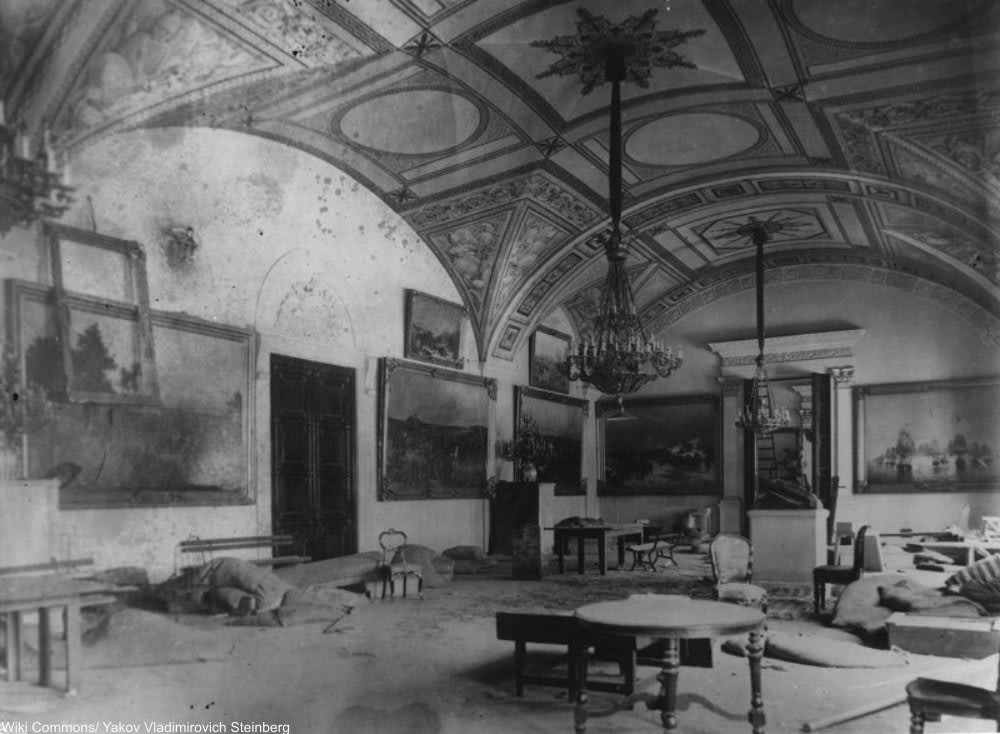 Another ransacked room of the Winter Palace. Via/ Wiki Commons

In an attempt to end the drunken rampage that was happening at the Winter Palace, they tried pouring the wine out, to which people simply drank from the gutter as the wine flowed. They even tried throwing the bottles of wine into the river, but people just jumped in after them! Similar fates awaited the wine cellars of other Russian royalty.

Right on the cusp of World War I, in 1914 the Tsar had banned the sale of hard liquor. After the sloppy and drunken conscripts that fought in the Russo-Japanese War a decade before had made deployment much more difficult, the Tsar decided that the coming war should be free from those same problems. On the eve of the People’s revolution, no doubt soldiers and civilians alike were thirsty for something harder than beer – an exception which was allowed soon after prohibition came into effect. 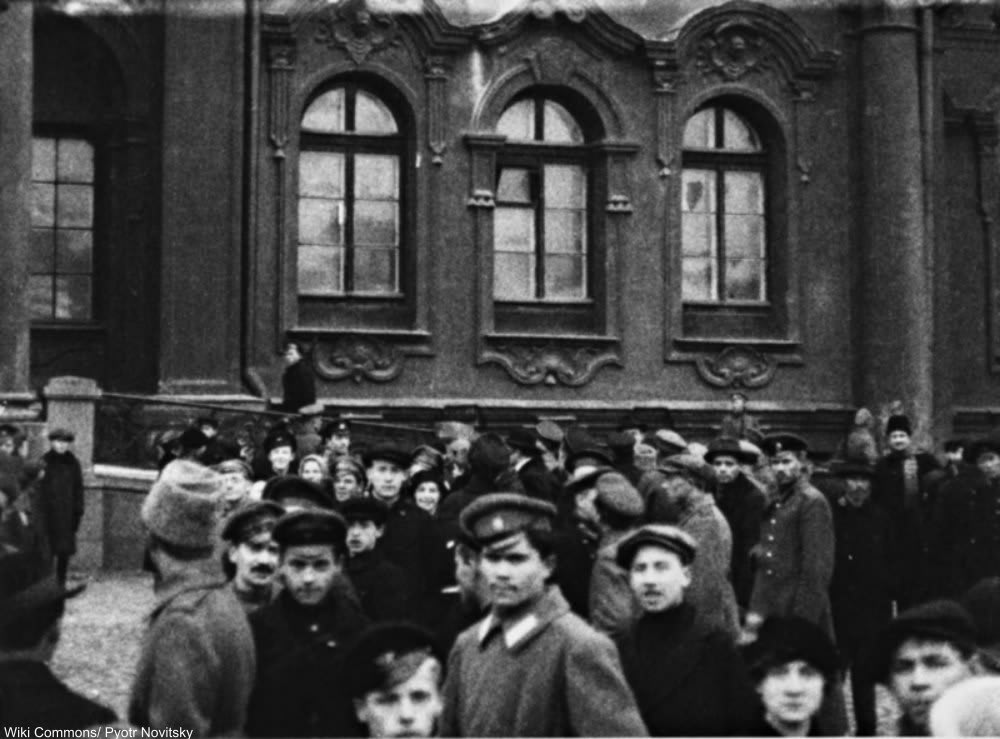 Various soldiers outside after the capture of the Winter Palace. Via/ Wiki Commons

Opposition against prohibition is the most likely reason why people kept drunkenly raiding the Tsar’s wine cellars for weeks and weeks. They probably thought this would be the best (and quite possibly the only) wine they would have for a very long time. And they were right: the new Soviet government retained prohibition until 1925!

In the end all the wine (in theory as much the property of the people as the Royal Family’s housewares and antiques) was completely consumed despite directives to keep the property intact for future allocation.