He Found A Bullet From WWII With A Secret, Coded-Message Inside!

As we’re all well aware of, metal detecting is a popular hobby that can be extremely gratifying. In Europe, it’s understandable that a big focus for metal detectors is WWII artifacts. So when a group of treasure hunters in Italy were metal-detecting an area in Tuscany, they weren’t too surprised to find an old bullet. They were surprised, however, when they realized that the bullet looked a little strange.

The treasure hunters noticed the bullet was sticking into its casing backwards.

After further examination, they realized that the bullet had been modified to conceal a hidden message! 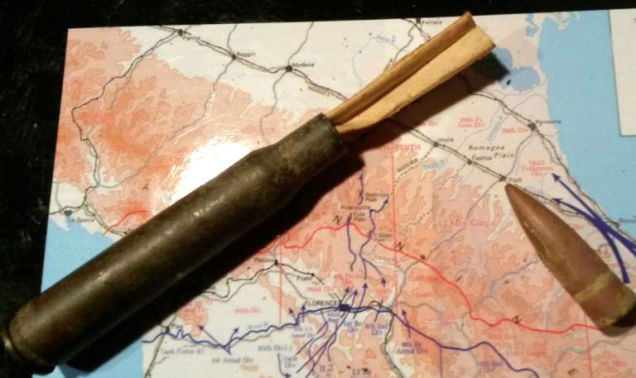 It was actually quite common to put secret messages in bottles, as they could be easily hidden, carried and discarded. 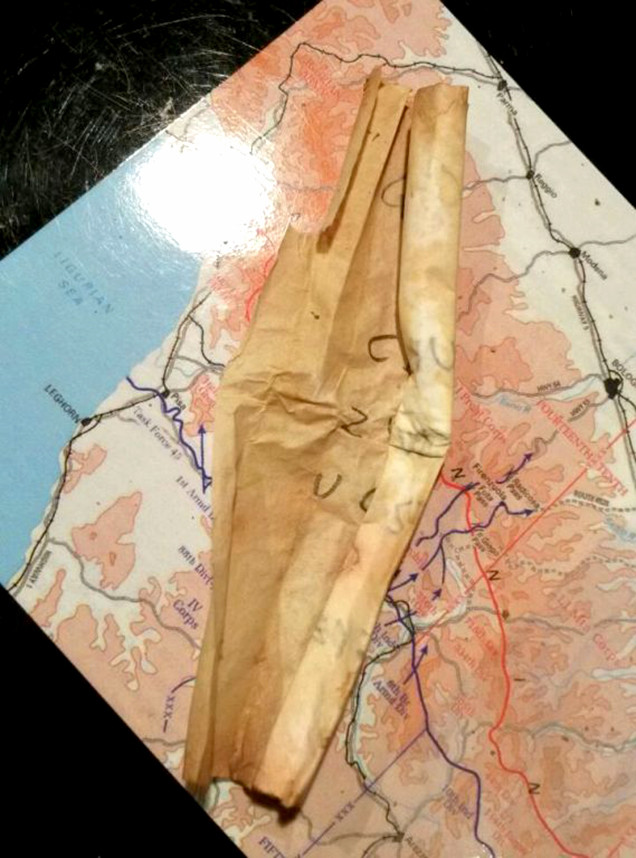 The note was dated 8/13/44 and, as you can see, contained some sort of secret-coded message. 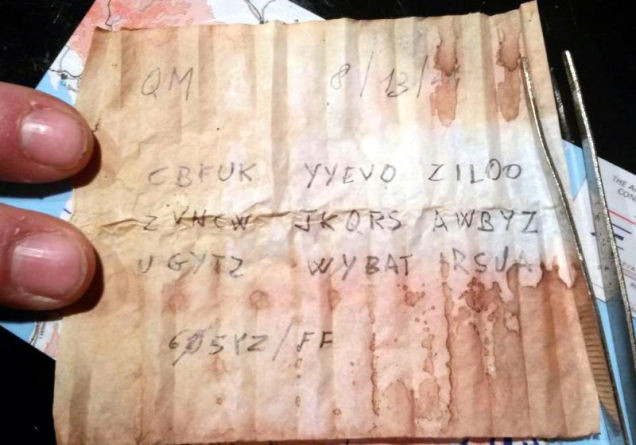 The treasure hunters posted the image of the message to the internet in hopes that someone would be able to decipher it. Lucky for them (and all of us), the grandson of an American soldier who served in Italy saw the image, and still had his grandfather’s code book. The secret message actually describes quite the scenario:

“They throw grenades. We pull pins and throw back. Notify reinforcements stand down — not needed.” 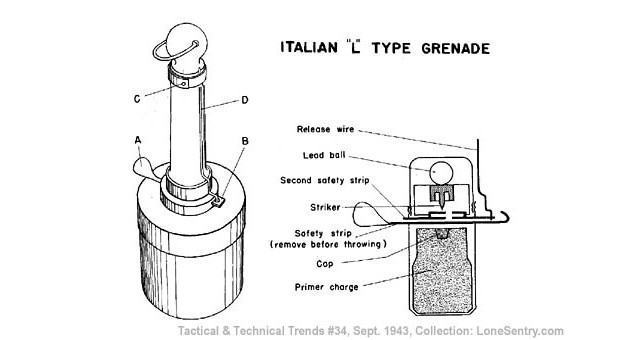 At the time the message was recorded (1944), Italy had surrendered. The German troops fighting in this area were using Italian grenades, which have two pins that need to be released prior to detonation. Apparently, the German soldiers were unaware of this second pin, and were essentially throwing extra supplies to the Allies, which were then used against them! Can you imagine how the group that found this message felt after learning the story behind it? What a fascinating piece of history!