You may never have heard the term before, so what exactly is phrenology? How did it become a craze that scientists and laypeople latched on to? Phrenology is similar to palm reading in that aspects of outward appearance are used to surmise one’s character, but in this case the biological traits of an individual are also indicated. This pseudoscience is basically the “study” of the brain based on its shape. Crowds lined up to seek advice and learn about themselves from technicians who had neither experience nor training enough to give such advice. 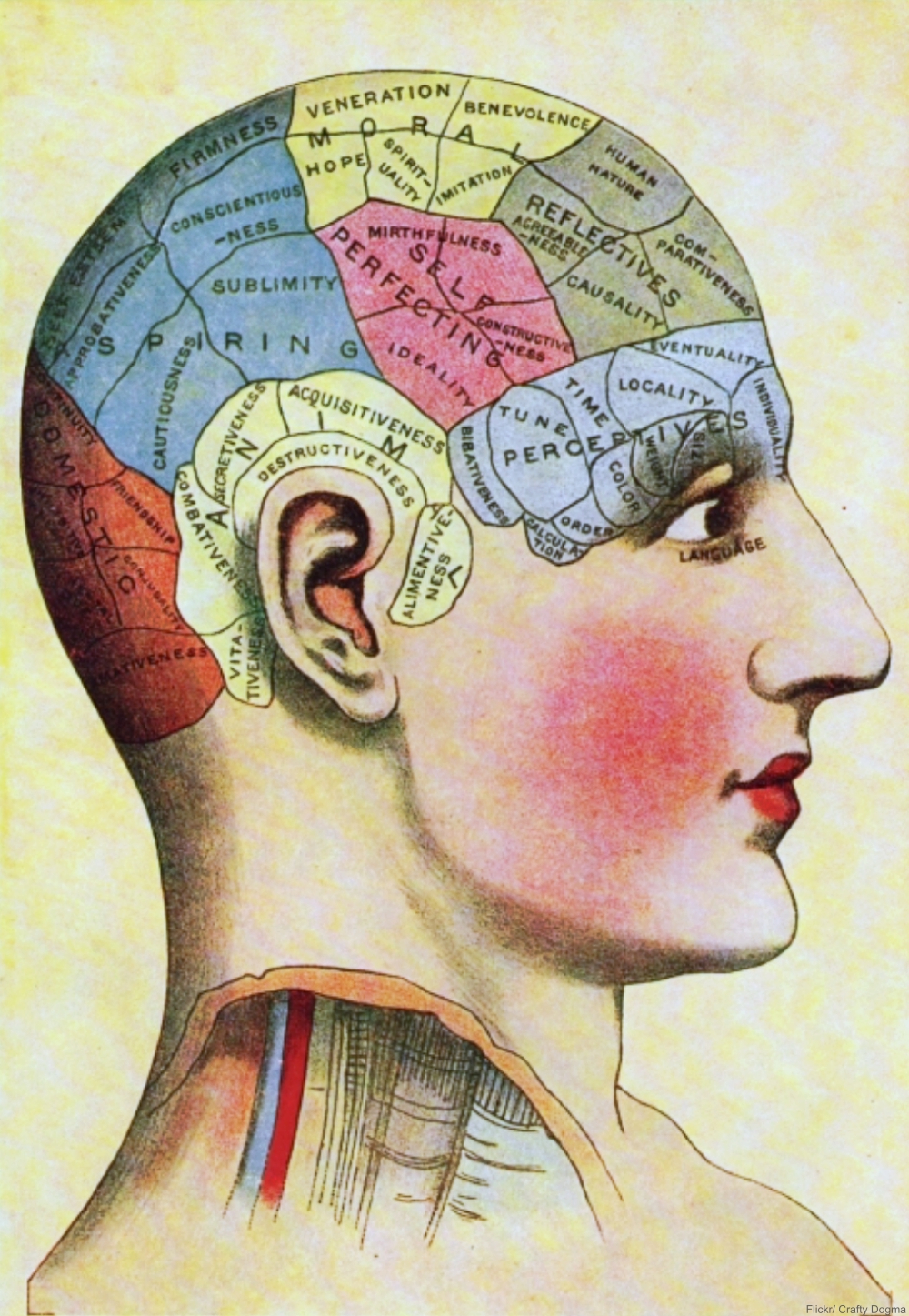 The underlying theory relies on the premise that different areas of the brain were responsible for various personality traits and functions. In that way, phrenology could be said to be the forerunner of modern neurology, but the similarities end there. Phrenology supposed that you should act a certain way based on your skull and brain shape. And people took it seriously…for a time. For example, potential employers sometimes demanded a report from a phrenologist testifying to one’s supposed willingness to work and to their good character. However, since there was no actual science behind these claims, a phrenologist could have cost you that fancy new job you wanted.

Popular between 1820 and 1840, there were phrenologists active well into the 20th century. One society formed for the intent of spreading the ideas and practice of phrenology was the British Phrenological Society, which was in operation from 1887 to 1967, was founded by Lorenzo Niles Fowler. Before moving to Britain, in the 1830s Fowler and his brother established the American Phrenological Journal and Miscellany. Building upon the late 18th and early 19th century work of Joseph Franz Gall and Johann Gaspar Spurzheim, the process of discovering the “organs” of the brain was to feel the bumps and ridges on a person’s skull. In so doing, it could be concluded which parts of the brain were most developed. 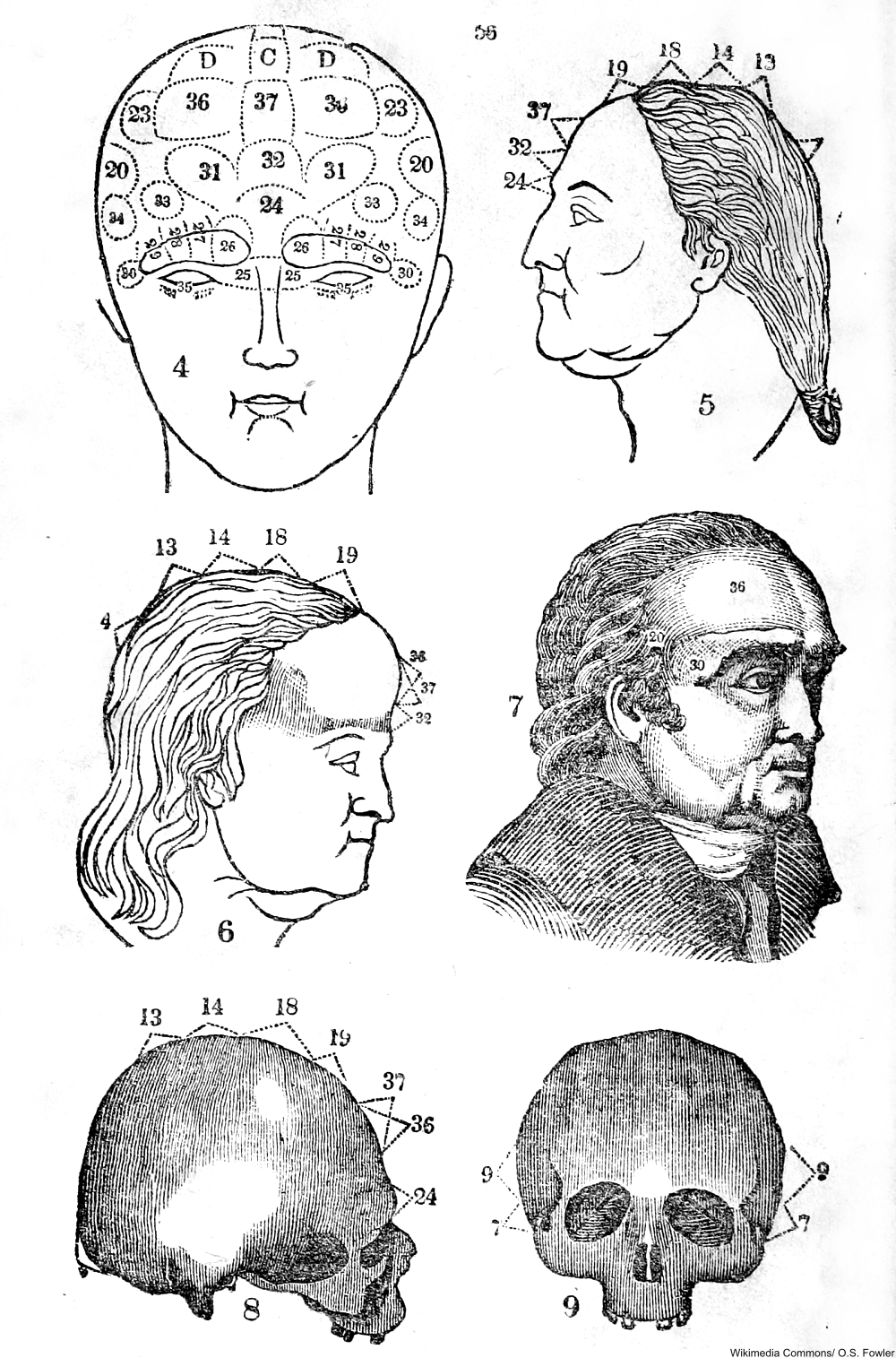 So, what was the draw to this strange way of “examining” the brain? The foundation of psychology wouldn’t be formed until decades later. But, perhaps phrenology cashed in on the innate and basic human curiosity by couching its explorations in scientific terms. With phrenological parlors available, the average Joe could book an appointment and find out if the organs of his brain that controlled parental love, wit, or hope were sufficiently developed. The findings of phrenological probings could be used to help make major life decisions and were sometimes used in matchmaking.

Phrenology was also used as way to reinforce racial stereotypes, even as a means to justify slavery, all based on skull shape and characteristics. Elements of the most unsavory aspects of this practice unfortunately made their way into the field of anthropology and even college students well into the 1970s were being taught that skull shape was an important factor in determining where a specimen may have originated.

Over the course of the 19th century, false claims of “scientific” research and development would capture the attention of the public over and over again. Before the FDA or standardizations on most products, anyone could claim to be a scientist or healer and could gain a captive audience by simply claiming something was true or real. At the time there was no way to disprove claims like those made by phrenology. But, by the 1840s the craze had died down since the offering of DIY phrenology manuals and charts meant the average person no longer needed to seek “professional” advice on the matter. 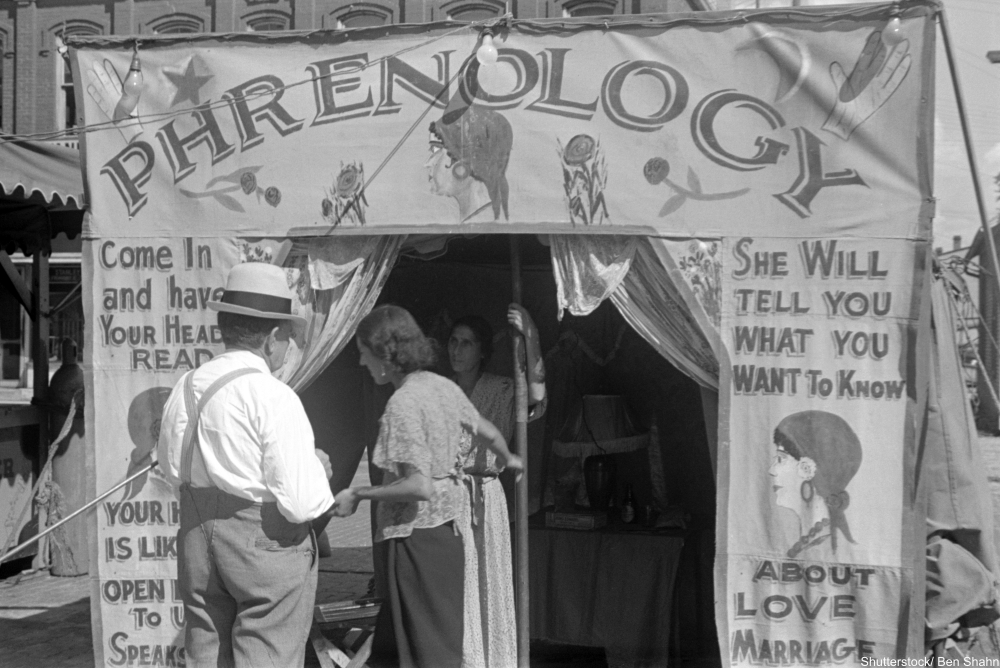 Popularity waned and waxed over the next 80 years, with a sudden revival in the 1930s. Henry C. Lavery and Frank P. White were partners in an experimental venture: the automation of phrenology. The ideas of the last century were far from dead, but they did need a little sprucing up. Lavery and White proposed a machine to make the process simpler and more scientific.

The “psychograph” was a machine that fit on the head and connected 32 probes to various wires in order to read your skull and brain. Once a reading was taken, your “score” would be relayed to you. The psychograph (seen below in use) debuted at the 1934 Chicago World’s Fair and made hundreds of thousands of dollars from this exhibition. After that Lavery and White built and leased dozens of psychographs for use in movie theater lobbies and amusement parks, among other places. 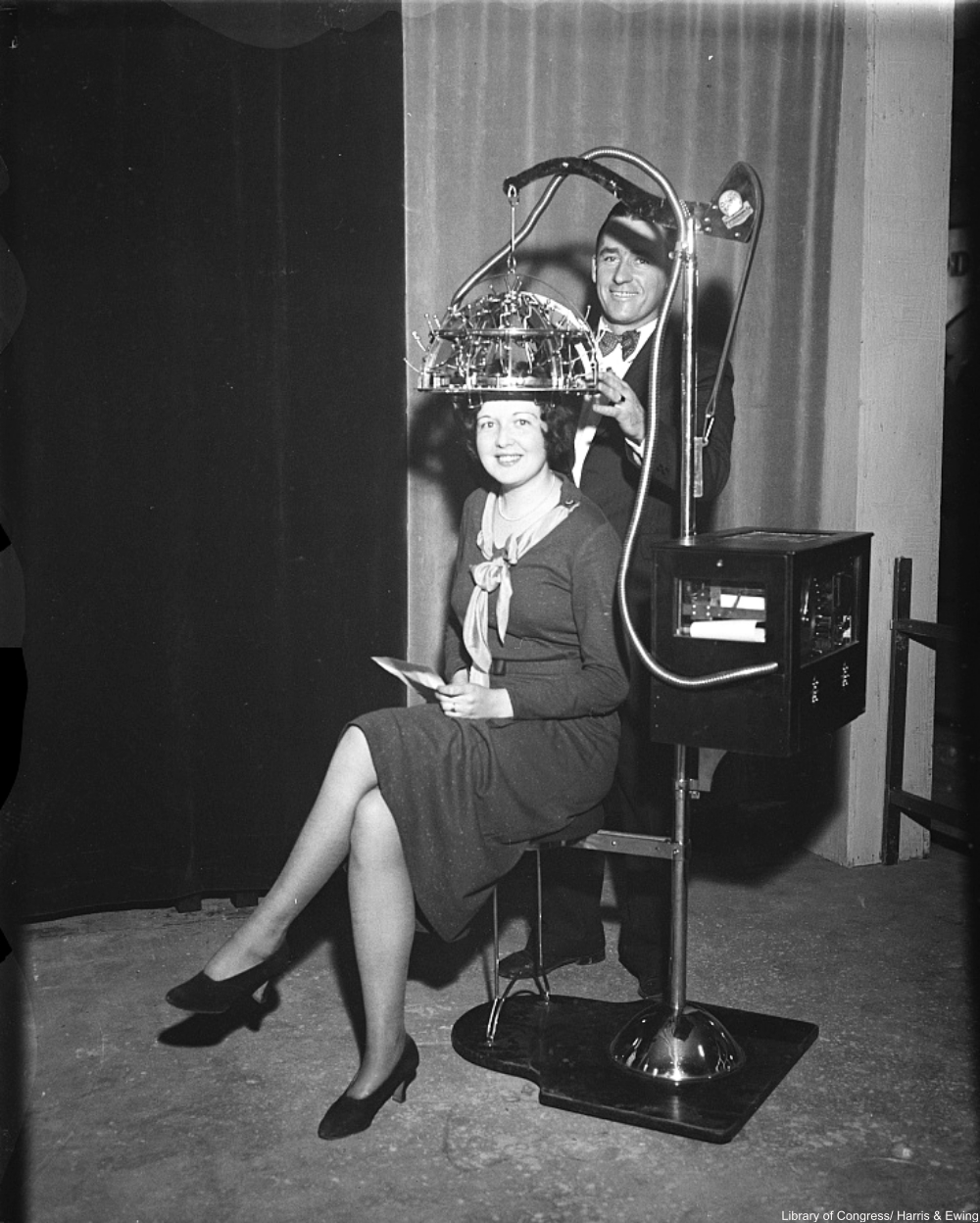 While today we know more about the brain, we are still discovering exactly what each part does. We will probably always be curious about how our brains work, but hopefully we won’t fall for phrenological claims again without some kind of evidence. If you are lucky enough to find genuine phrenology specimens from the 19th century then you’ll know that the porcelain busts can go for a few hundred dollars, as can original texts from the era. However, due to the interesting and unusual nature of the busts, modern reproductions have flooded the market in recent years. Psychographs are so incredibly rare these days that if you do find one, it would probably sell for a pretty penny!

The Poison Squad was the precursor to the FDA and you can read about them right here.