Milk Glass Is Much Older Than Most People Know

Milk glass is one of the most widely admired types of collectible glass. The creamy colors can be tinted or be pure white. Today most of us know milk glass as an appealing form of molded or pressed glass. The most common pieces you see in vintage and antique stores these days were created in the late 19th century to the mid-20th century, the latter of which saw a short-lived craze for all things pressed glass for the home- from vases to towel bars to cabinet knobs. For many people the nostalgia and beauty milk glass pieces bring to a home is invaluable, despite the fact that many of these items are not worth big bucks. However, most folks probably don’t realize that milk glass dates all the way to the Middle Ages in Italy. 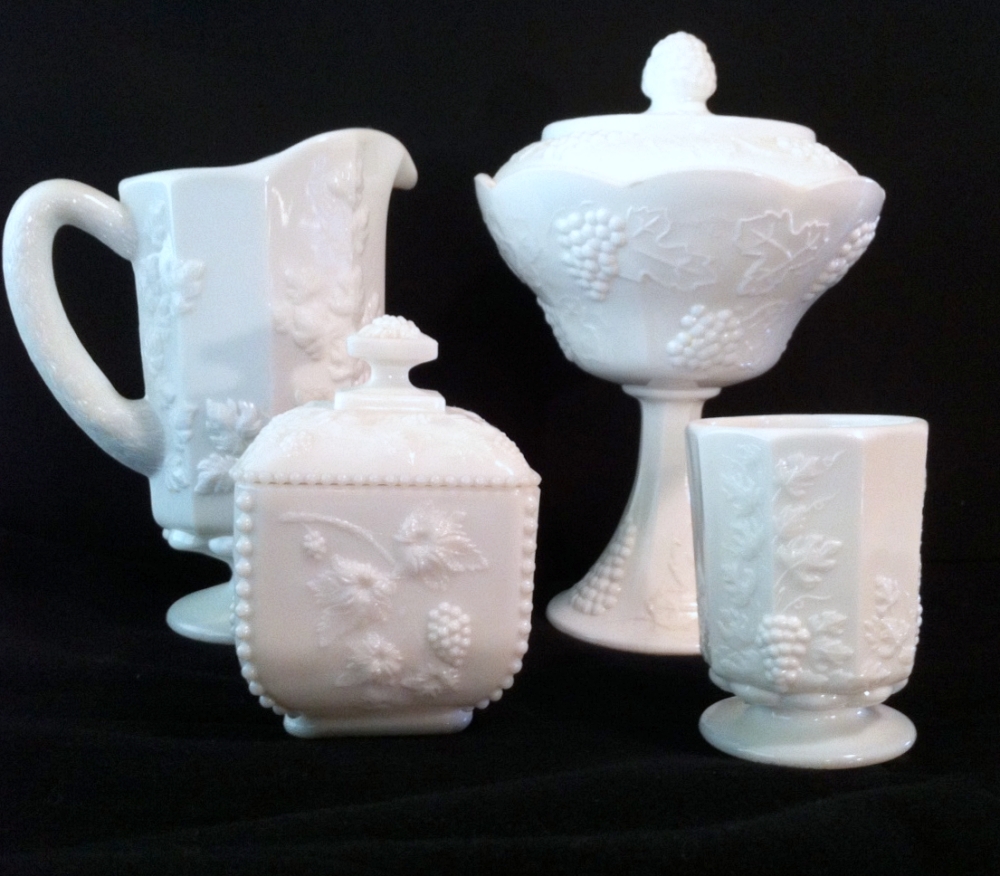 Glassblowing in Europe was practiced in ancient Rome, with common objects being beads or decorative/ceremonial cups and chalices. Glass items were hard to make and were therefore incredibly expensive to obtain. Glass bottles and other useful items we know today were not common in those days.

As Europeans increased their trade with Asian countries, the citizens of Western countries developed a taste for the costly porcelain and ceramics coming from China. 200 years before Delft blauw pottery imitated the blue and white porcelain that was being imported, the glassmakers of Italy found a way to make glass look like porcelain. 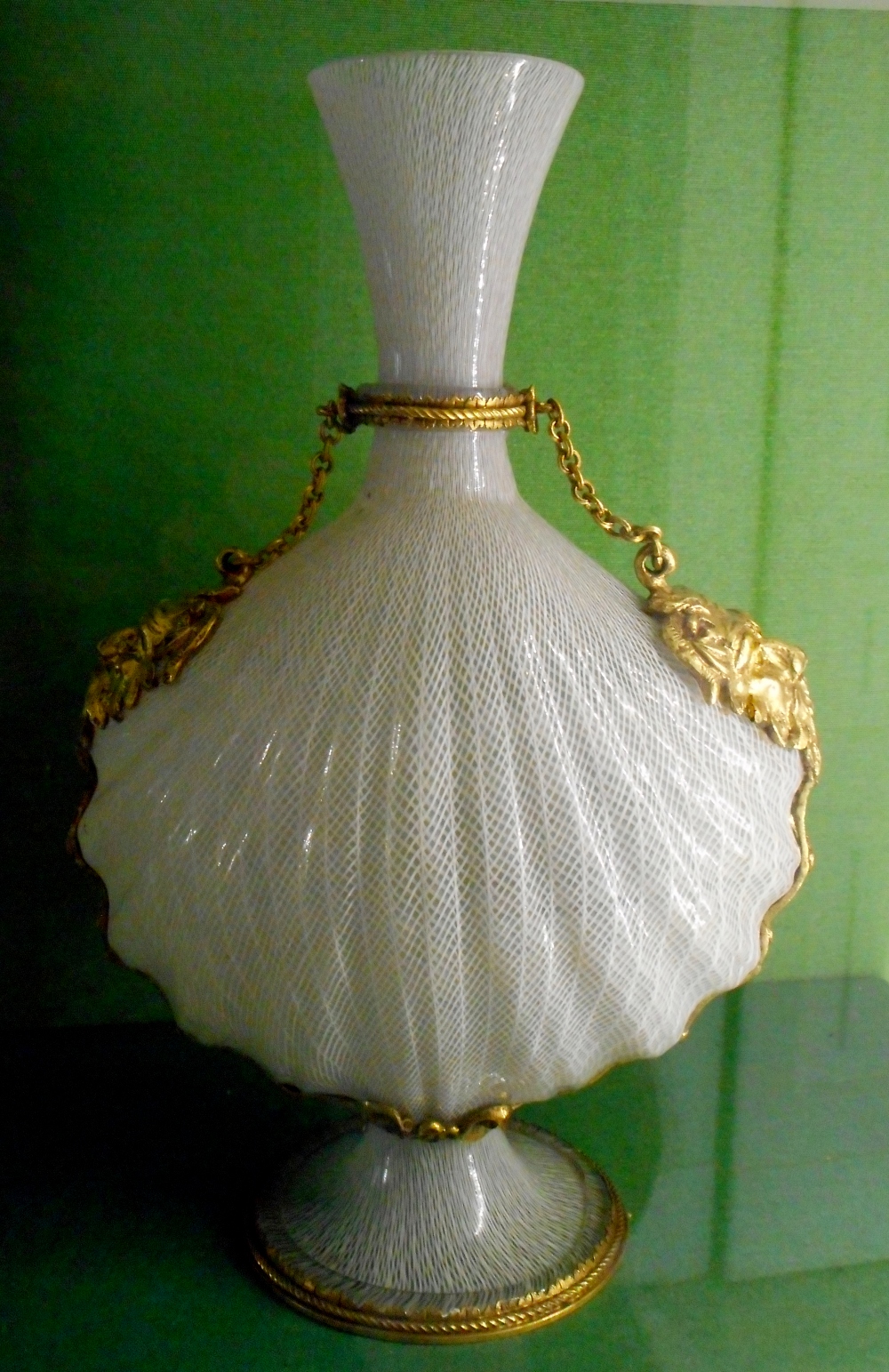 The first items of milk glass were a combination of clear and white glass, sometimes created in a matrix pattern instead of a solid color. These pieces were known as lattimo (for milk) and were achieved by mixing fluoride and/or fluorine compounds, aluminum oxide, arsenic, lead, bone ash, or other minerals and chemicals with the glass to create an opaque and milky color.

The artisans of Murano first discovered that these alterations could change their products in the 1400s and cashed in on the similarities to the white glaze used on imported ceramics. Only a handful of milk glass pieces from this era are extant today which is not surprising given the fragile nature of glass and the expense of the desirable product. 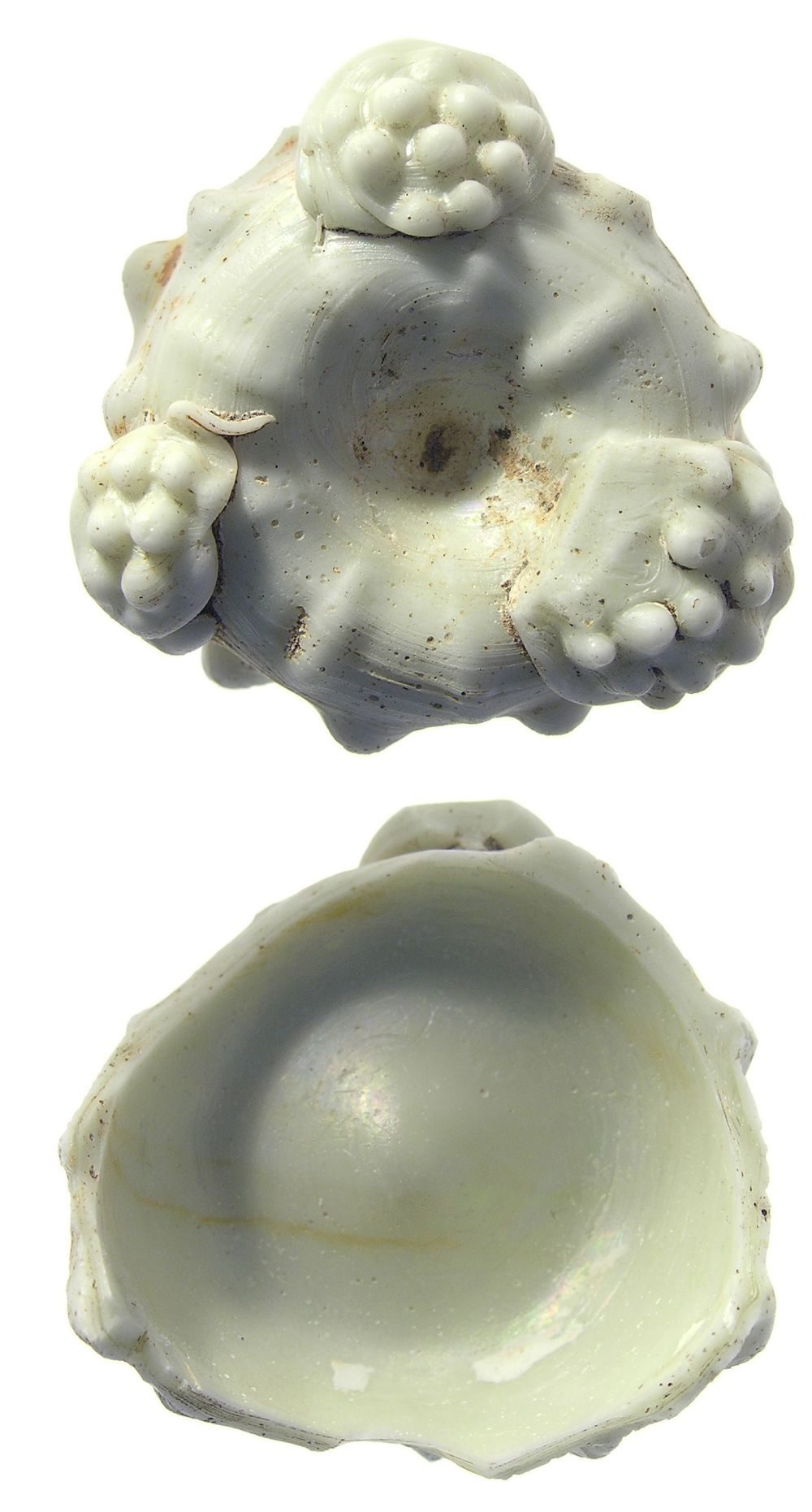 Opalescent Venetian milk glass is also called opalino because when looked at from an angle many of the items gave off a red or blue or green tint. This was because of the additives that gave the sought-after milky opacity to the pieces.

An early example of Italian milk glass is the wedding cup or “love dish” below. The milk glass tumbler, thought to date from the 1400s, has been enameled with colored dots and a portrait of a woman (probably a bride). Cups like these were given as wedding presents, with the bride depicted and groom depicted on one or both cups as a memento of their nuptials. 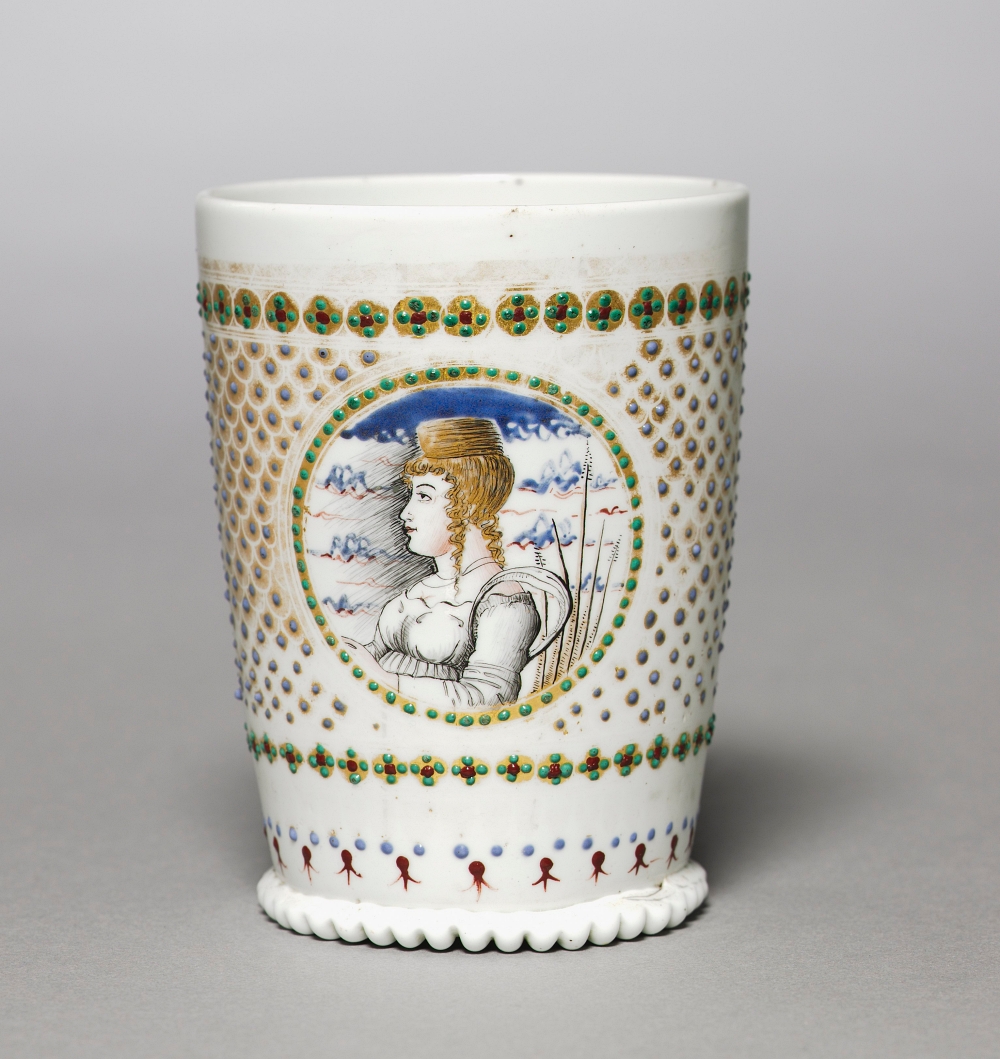 Via: Cleveland Museum of Art

It’s interesting that while the hobnail glassmaking technique did not yet exist, the enameled dots give the same impression as the hobnail glass that would become so popular. Fenton first introduced their hobnail pattern in 1939 in clear and milk glass versions beginning in 1950. 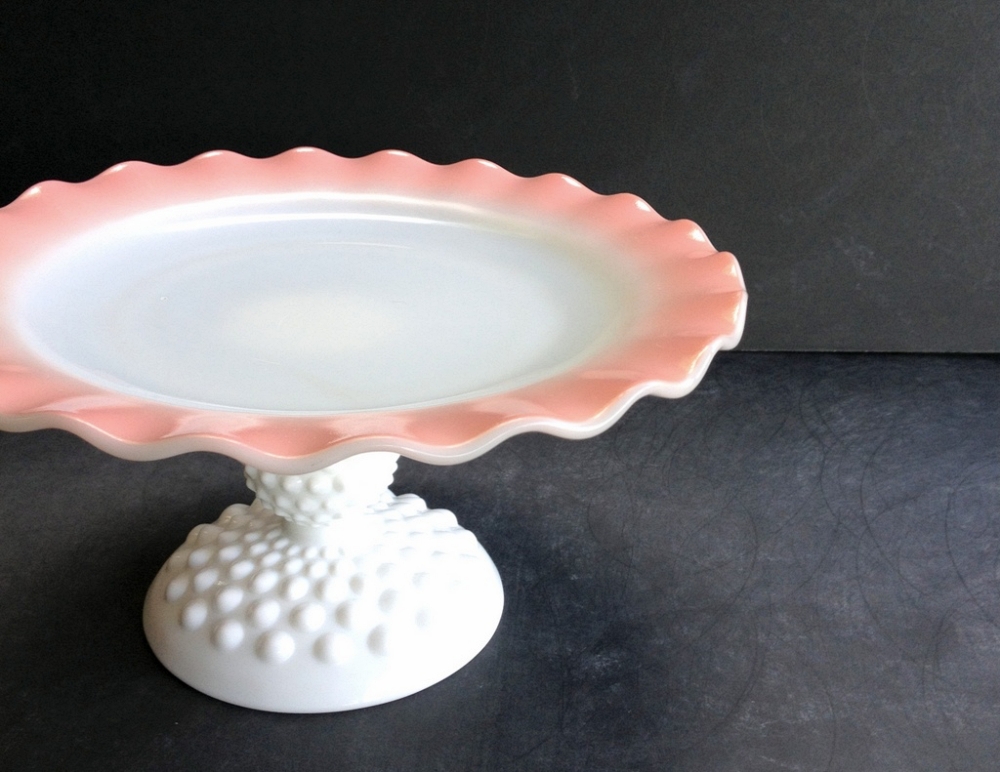 Opal glass gained popularity in 19th century France as chic decor items, and later earned a place in many American homes as well. The invention of a machine for making of molded glass on a commercial scale in 1825 made the items much more affordable for the average family. Today mass produced milk glass is a classic collectible and early or rare pieces can fetch hundreds of dollars.