The Bra Is Much, Much Older Than We Thought

The brassiere is one possibly one of the most recognizable undergarments in the world. Before bras came into vogue in the 1920s and 1930s, women wore corsets to keep everything in place to provide the silhouette that was fashionable for her era, be that the inverted triangle shape of the 1600s or the S-shape corsets that were so popular in the Edwardian era. The story goes that when women first shrugged off the restricting corset, the bra was invented. But, recent findings in a Austrian castle date a series of early bras to sometime between 1390 and 1485 AD, about a century before William Shakespeare was born. 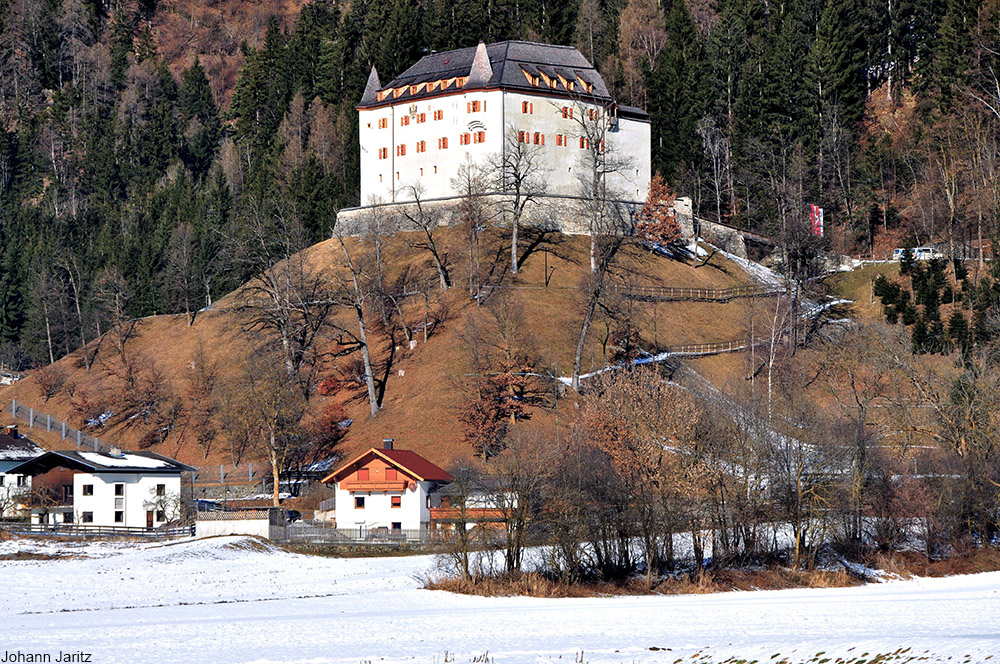 The Lengberg Castle was built in the 12th century in the East Tyrol region of Austria and was reworked and renovated for centuries. During modern updates to the structure, a secret vault was found on the second floor in 2008. Inside the vault researchers from the Institute of Archaeology at the University of Innsbruck found a variety of debris objects, including many garments of clothing. A whopping 2,700 fragments of garments were found on site.

As consumable items which get used hard and then (historically) reused as scraps, patches, and quilts, clothing from centuries past does not often survive into the modern era. So it was a surprise when so many pieces of clothing, both relatively whole and remnants, were found in the castle. The debris was part of a fill layer and consisted of dirt, straw, and these disused clothing pieces. 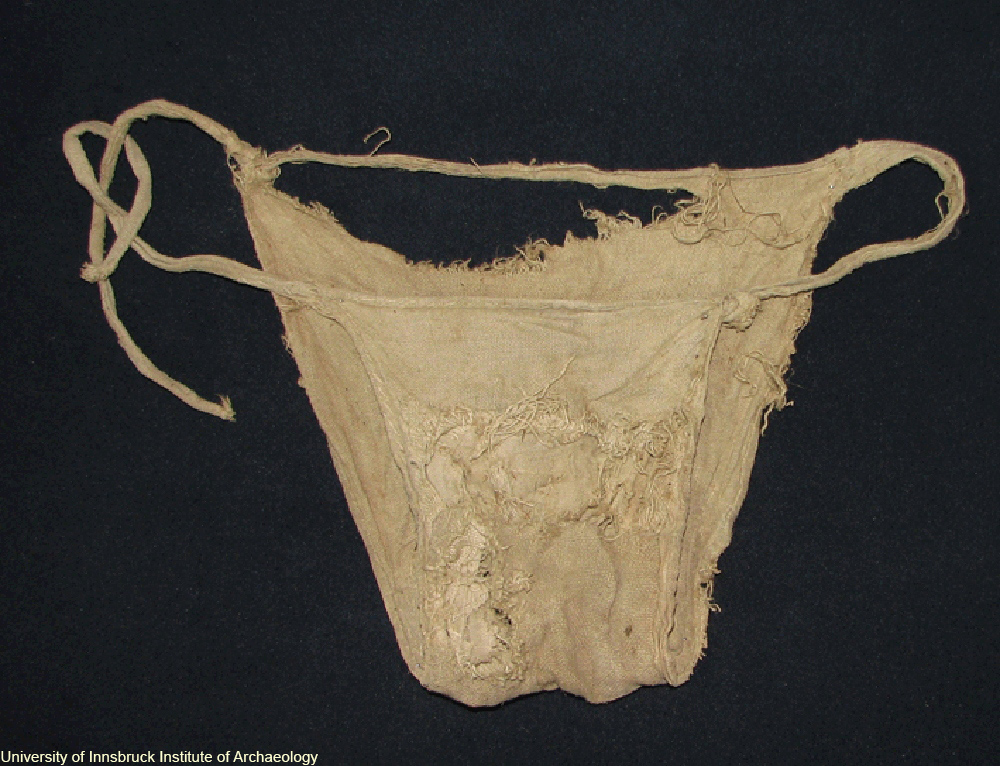 Pair of men’s linen underwear found among the debris at Lengberg Castle. Via/ University of Innsbruck

Among the finds were leather shoes, a pair of men’s linen underwear (rather akin to a string bikini in today’s terms), and 4 bras. Radiocarbon analysis dated the bras to the 14th or 15th century, and reports from the era on the various additions and reconstruction projects on Lengberg Castle back these dates up. During these periods of building work the items were placed into the long forgotten area of the castle.

The bras were made from linen and resemble early 20th brassieres, the latter of which were made in silk and cotton. Along the edges of one bra there were the remnants of lace trim, a feature that most people assumed wasn’t a part of women’s undergarments until much later in history. Today this style would be called more of a bralette since padding, cups, foam, and underwires weren’t used in bra construction until well into the 20th century. Without these structural elements, the garment offers less support. 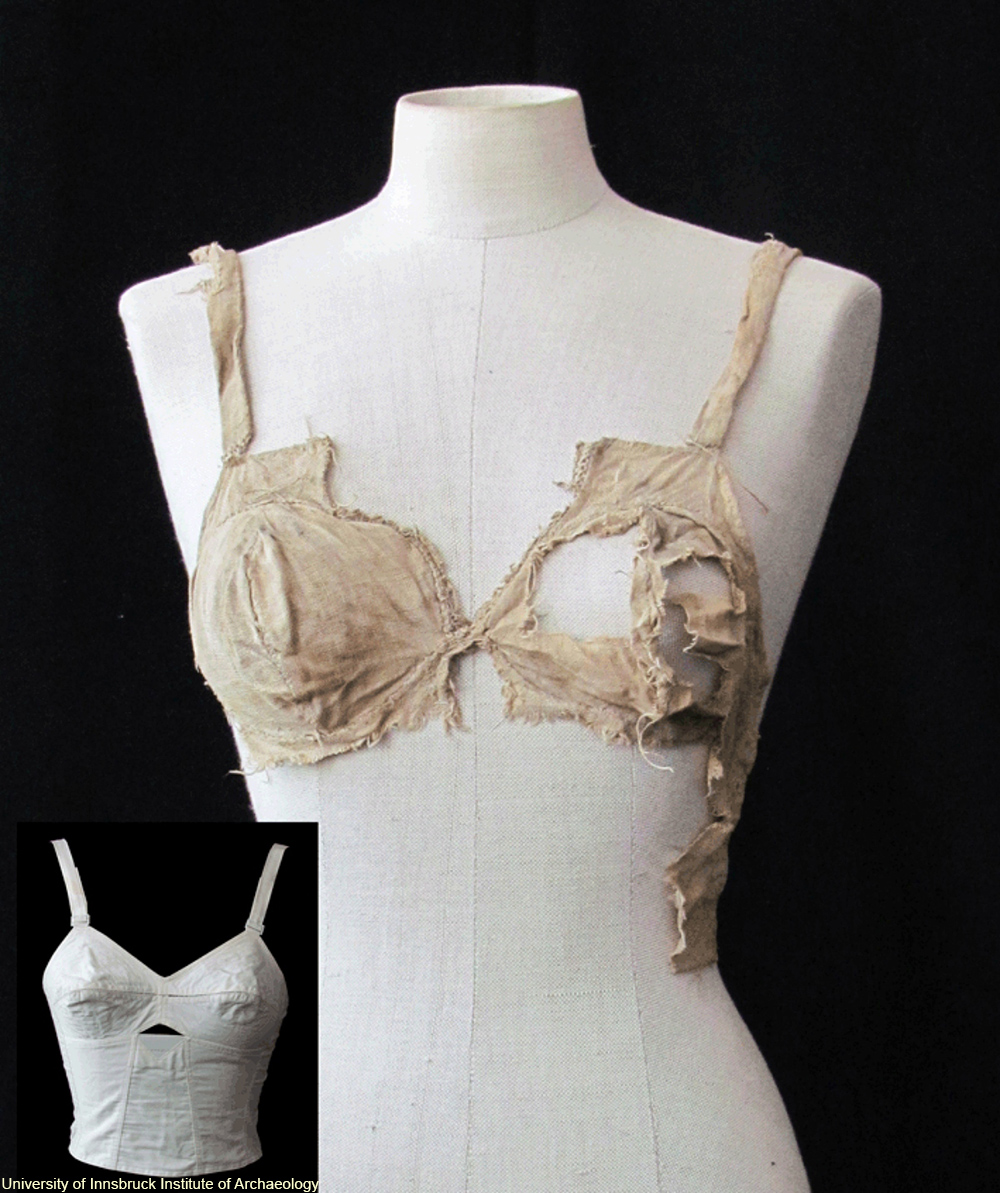 Linen bra with remnants of a an attached skirt or shirt seen hanging to the right. Inset image is of a longline bra from the 1950s. Via/ University of Innsbruck

Writings about women’s clothing from the era reveal that these early bras were not then called bras. Instead they were known by the much-less illustrious moniker of “bags for the breasts”. We can certainly see why the name didn’t stick. Other known bosom garments were bindings, long strips of cloth, but bras were not mentioned by that name until around 1900. Before the vault at Lengberg Castle was discovered, no physical evidence of bras from the late Medieval or early Renaissance periods had ever been found.

The first use of the word brassiere comes at the turn of the 20th century, though they were not common until many years later. For many women of the 1920s-1940s the use of cupped slips replaced the need for any other upper undergarment, supplanting both corsets and bras. All that changed in the 1950 and extreme support came back into style when the fit and flare New Look silhouette dominating mainstream women’s fashion.

However, these early bras prove that this type of supportive underwear was around long before any modern notions of how to support women’s breasts. 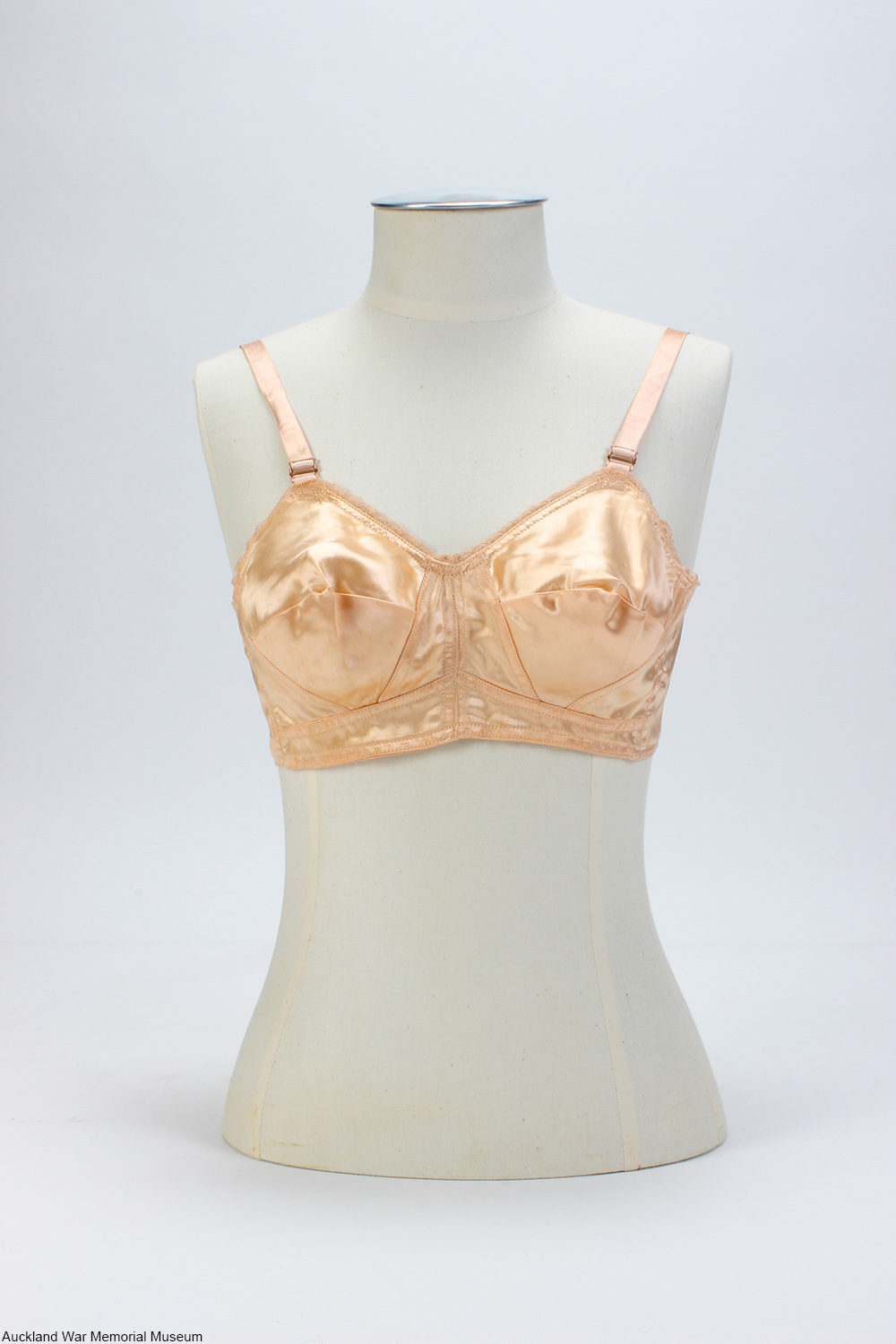 Peach satin bra from the 1950s. Via/ Wiki Commons

Two of the bras found at Lengberg Castle appear to have at one point had short shirts attached to the bottom hems, making them more like bra/camisole combos or even earlier versions of the longline bra, a popular 1950s garment that extended to the belly button and often featured boning for support and posture.

The shirt-like qualities of the early bras make sense when we consider that the term brassiere is derived from a Norman word meaning a child’s shirt or small shirt. One reconstruction of what the garment may have looked like in its entirety has a skirt attached under the bra, laced up at the sides, like a more supportive version of a chemise. 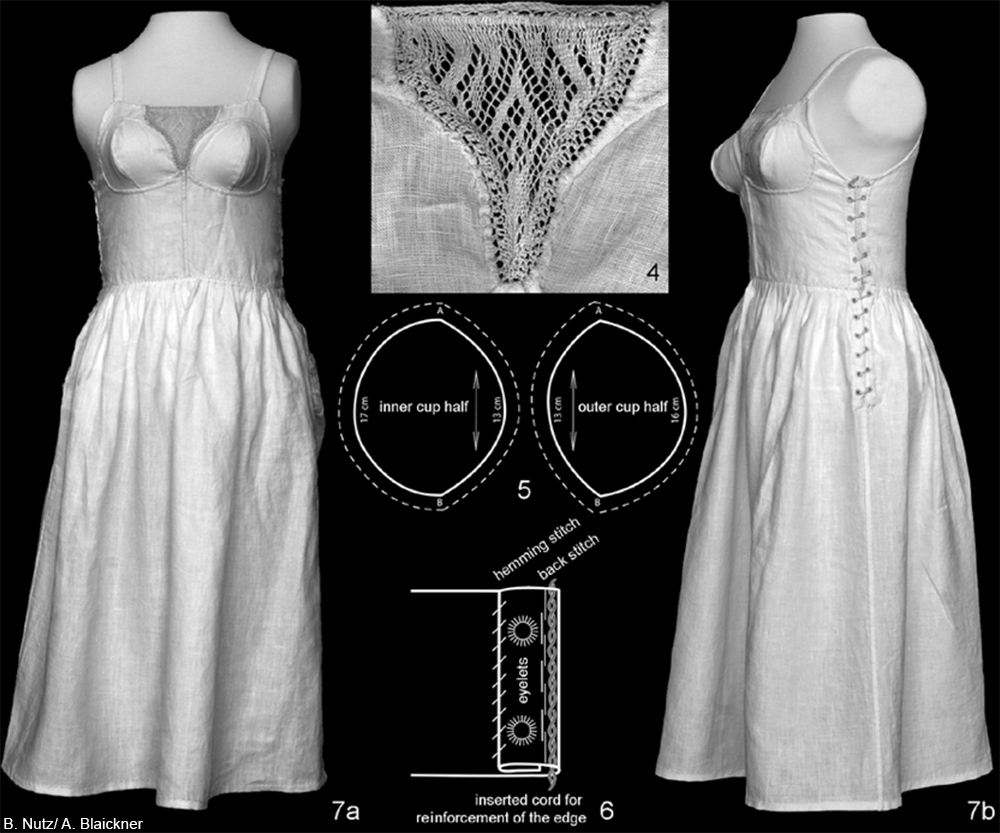 Reconstruction of bra with an attached skirt. Via/ ReasearchGate

The Lengberg finds also included fine examples of tailoring not found in other garments from the era. Bias-cut dress linings showed an advanced knowledge of how to work fabrics to the best effect, a technique that didn’t become popular again until the 1930s. Garments of this quality are not often found, but one has to wonder if the family who lived in the castle simply had an exceptional tailor (or tailors) or if garments like these were more widely worn.

Love them or hate them, there’s no denying that bras have a firm place in fashion today. But, they go back so much further than most people know.