Crazy Horned Metal Helmet Is a Mystery from the 16th Century

King Henry VIII of England is forever remembered for being the man who spilt the Church of England, the king who married 6 times, and the man who routinely sent his wives to prison or the execution block when they failed to bear him male heirs. But, he was also the most feared and respected man in England at one point, and as such he was given a ceremonial metal armor helmet (presumably with a matching suit of armor) that defies all other pieces of armor from the era. 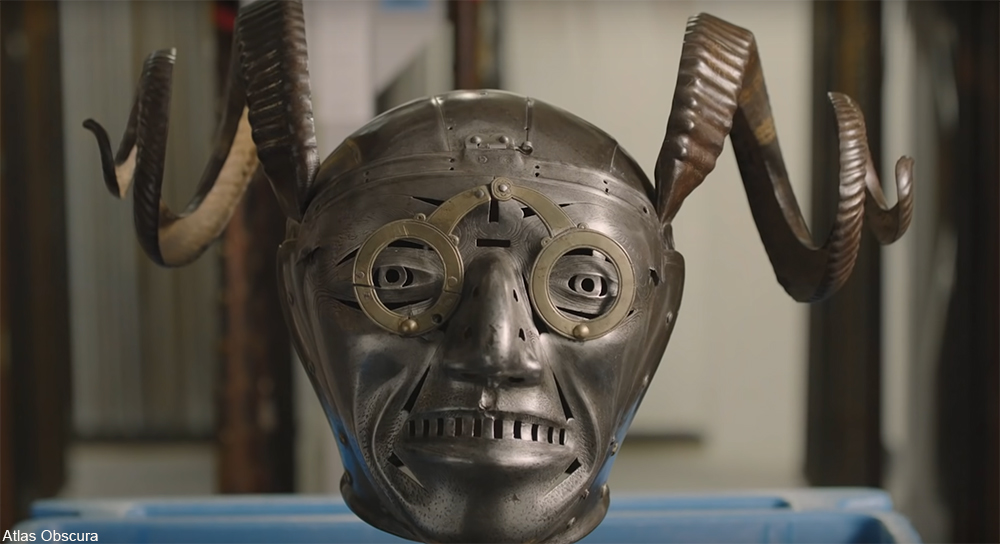 Well into the 17th century, metal armor was still being used in battle, though the great cost and heaviness of armor meant that it largely fell from use by the 18th century. A particularly fine example that was given to King Henry VIII now resides in the Royal Armouries in Leeds and has very peculiar features. The helmet features a wrinkled face with wide-set eyes, a dripping nose, a stubbly face, spectacles clamped onto the nose, and very large horns protruding from each side of the figure’s head.

The helmet was given to Henry VIII by Holy Roman Emperor Maximilian I in 1514, 5 years after Henry took the throne. At this time he was still married to his first wife, Catherine of Aragon, so this was well before the scandals that would rock the royal household in years later.

There have been various theories on what the helmet symbolizes, but the most notable one is that the helmet represents the Knave of Bells. This figure was a type of joker or jester who represented vanity, foolishness, and folly. A similar figure, with drippy nose and glasses, can be seen in a grotesque set of playing cards from the 16th century that was made to show the ills of card playing and how it corrupts the morals of those who play. 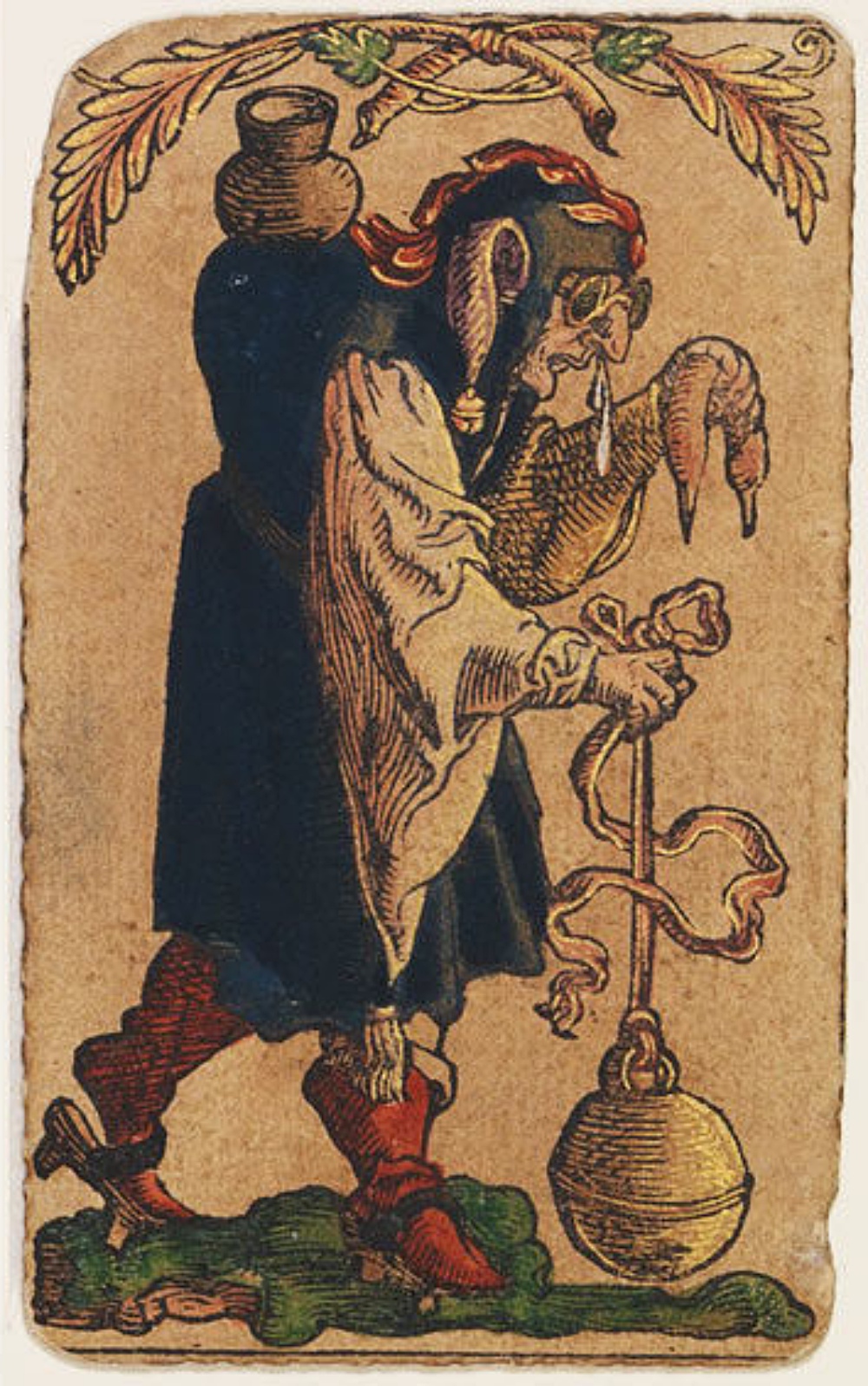 Perhaps this unusual helmet was a warning to the new king to not let wicked thoughts rule his life. Clearly it didn’t work because only a few years after he got this gift he was embroiled in an affair with Mary Boleyn, and a few years after that he got his first marriage annulled and married Mary’s sister, Anne Boleyn.

See this strange object up close in the video below.