The Trip to India That Made Jackie Kennedy a Legend

The First Lady was accompanied by her sister, Lee Radziwill, who was then known not only as sister-in-law to the POTUS, but also as princess in her husband’s country of Poland. The two sisters dazzled diplomats and the camel drivers alike in what was to turn out to be a highly fruitful trip for the Kennedy Administration. Accompanied by Cecil W. Stoughton, White House photographer, the trip was captured in beautiful color photos that give us a vivid look into what the trip was like. 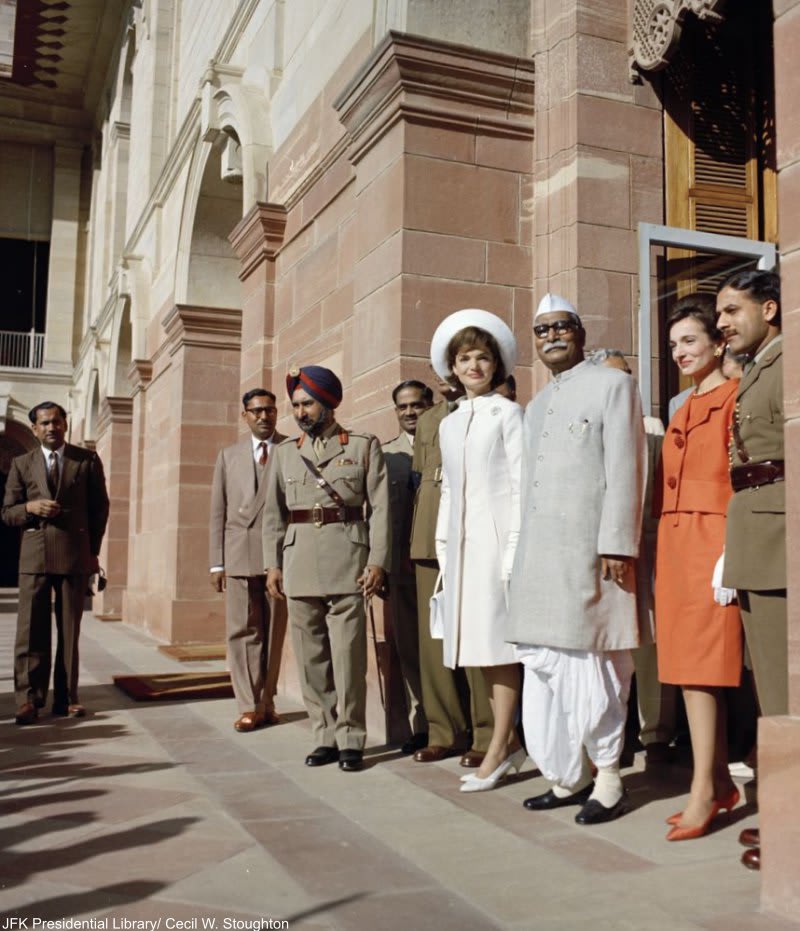 The First Lady with the president of India, Dr. Rajendra Prasad, and her sister Lee Radziwill. Via/ JFK Presidential Library 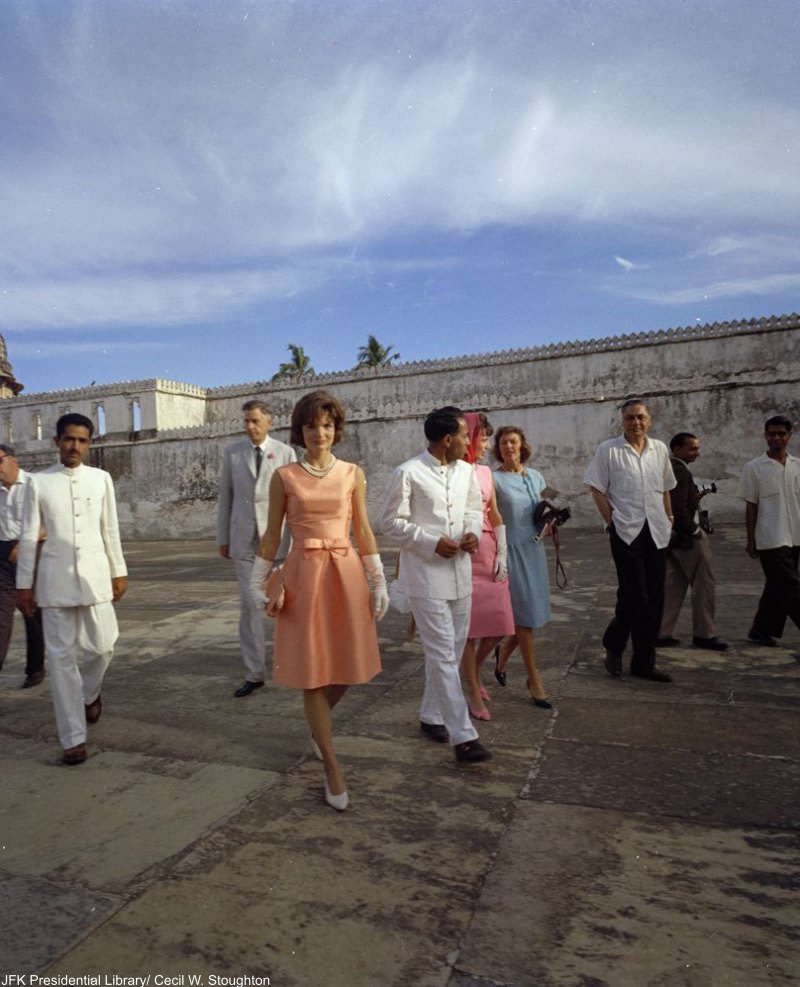 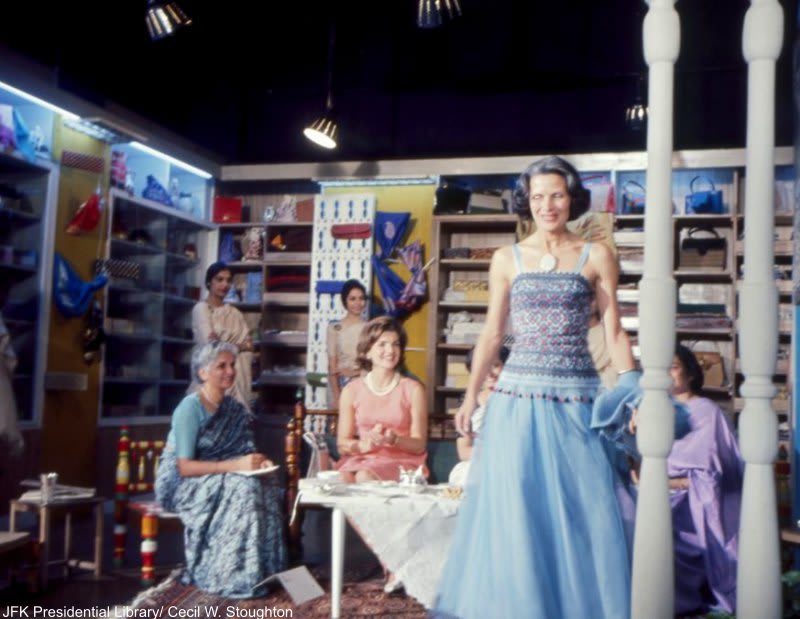 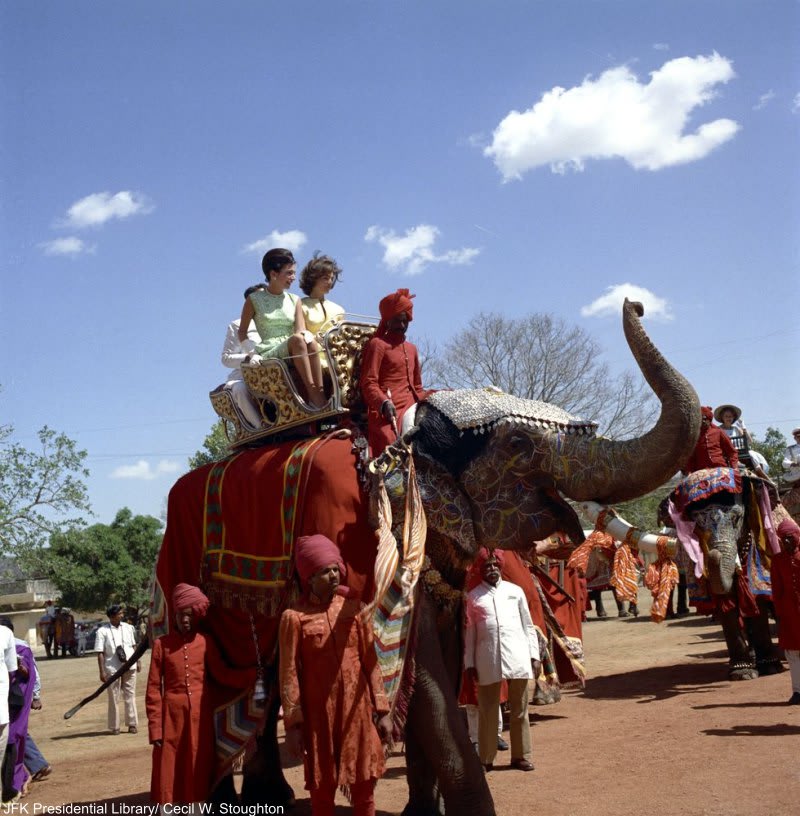 The First Lady and her sister riding the elephant, Bibia, in the courtyard of the Amber Palace in Jaipur, Rajasthan, India. Via/ JFK Presidential Library 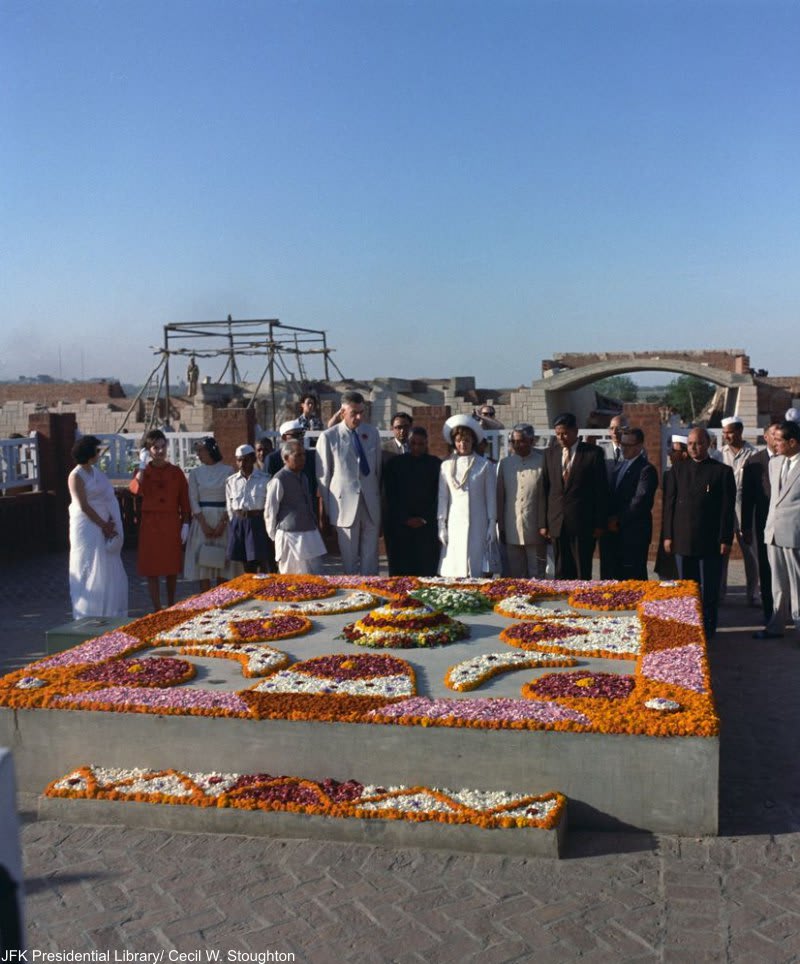 “First Lady Jacqueline Kennedy (center) observes a minute of silence after laying a sheaf of roses on the Samadhi of Mohandas Gandhi, ‘Raj Ghat,’ in Delhi, India.” Via/ JFK Presidential Library 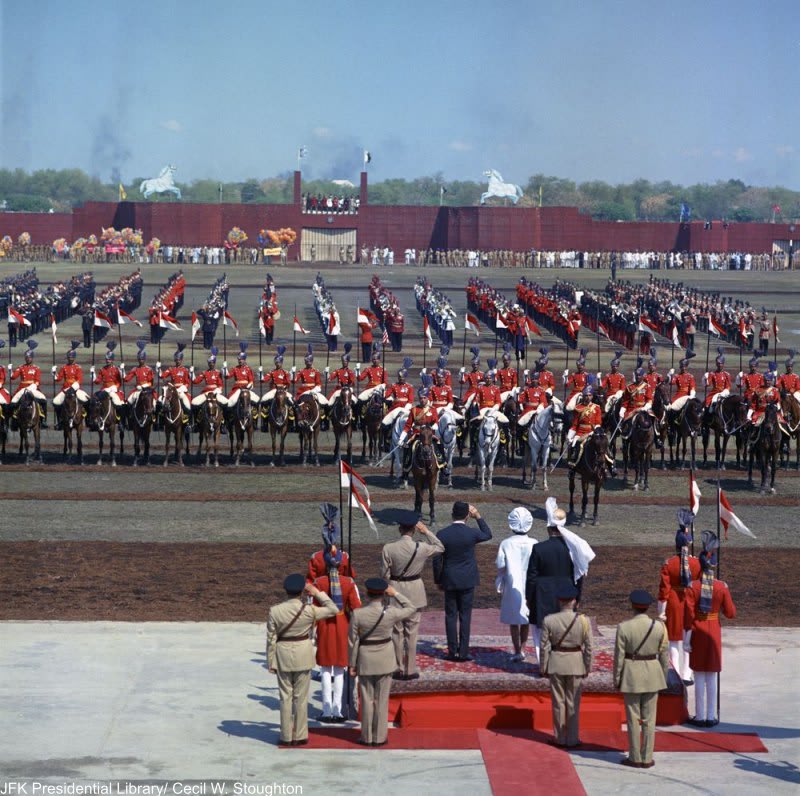 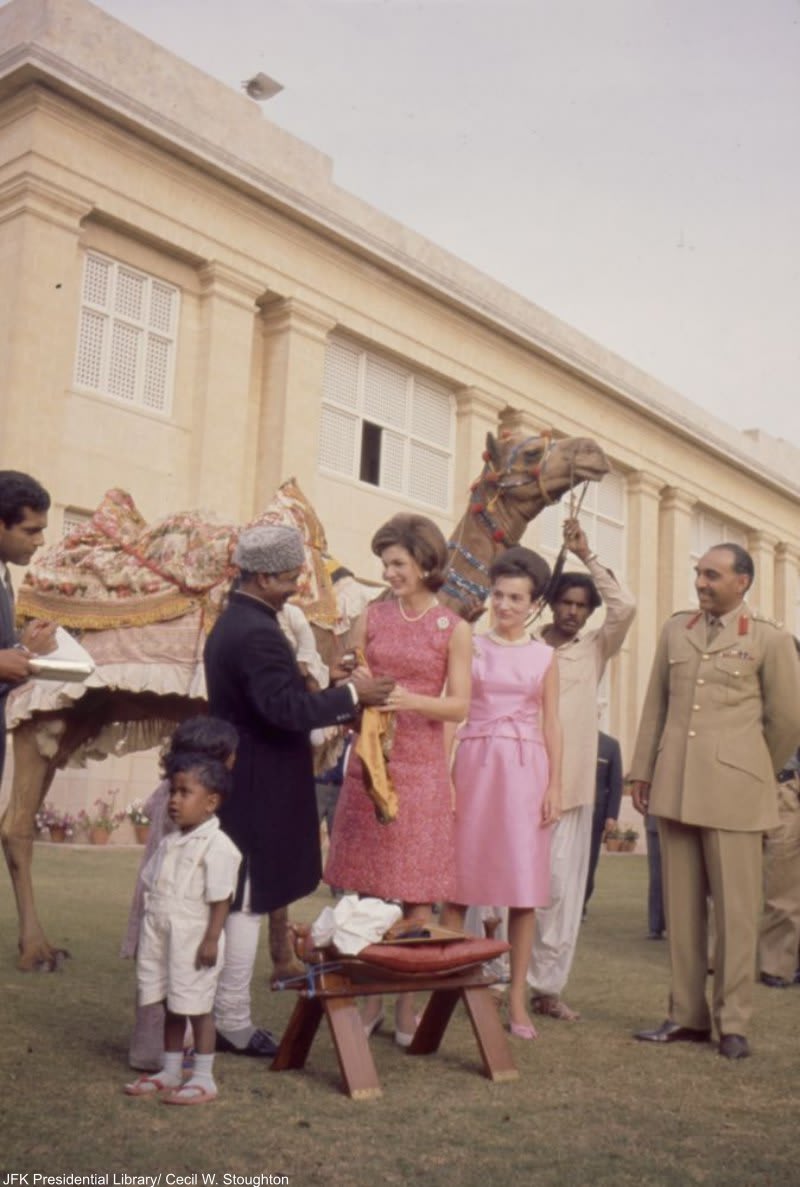 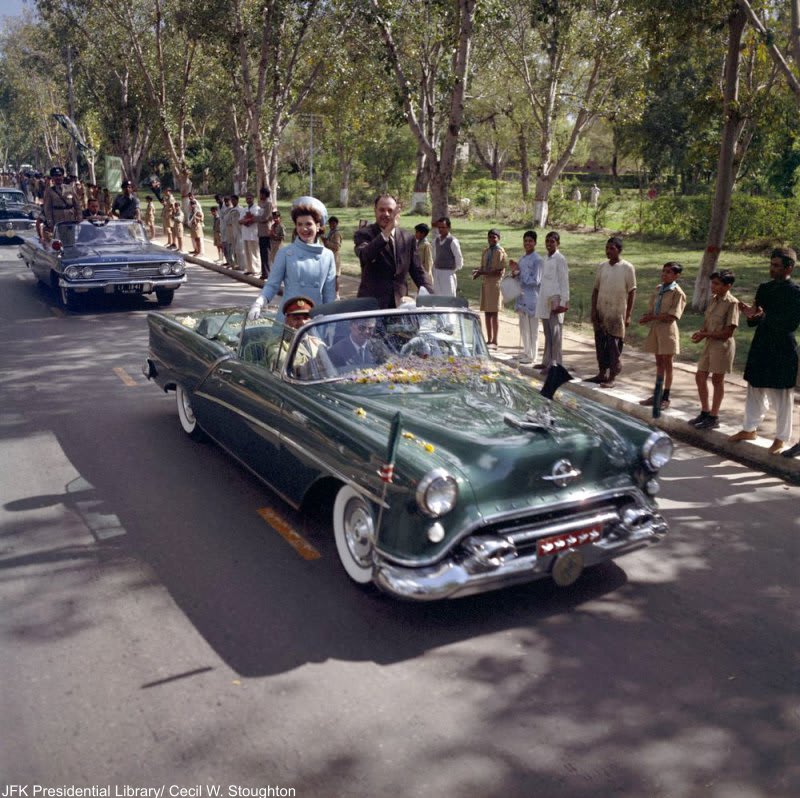 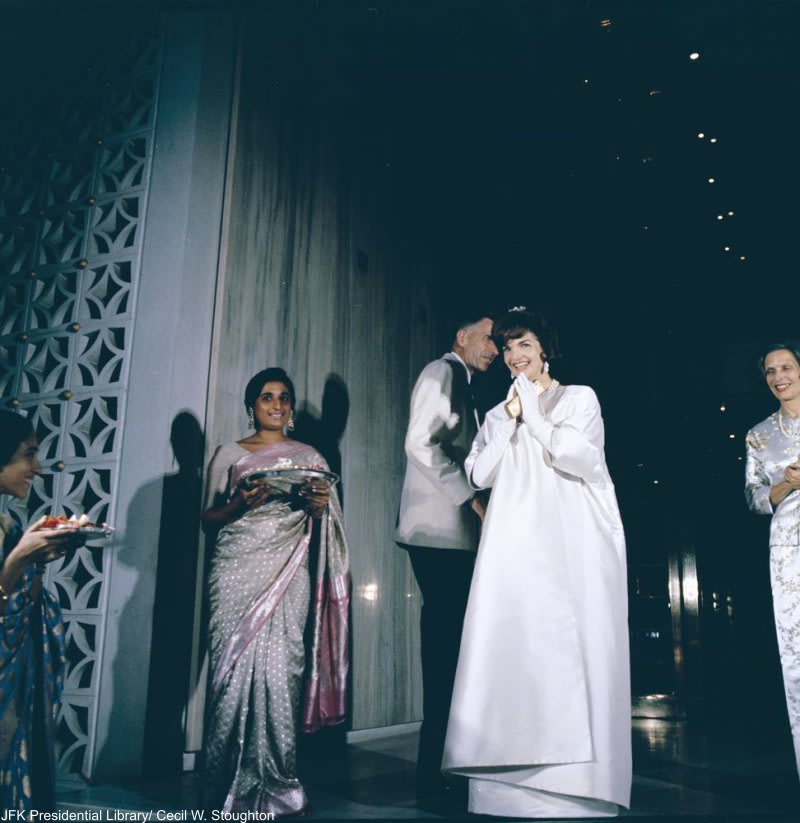 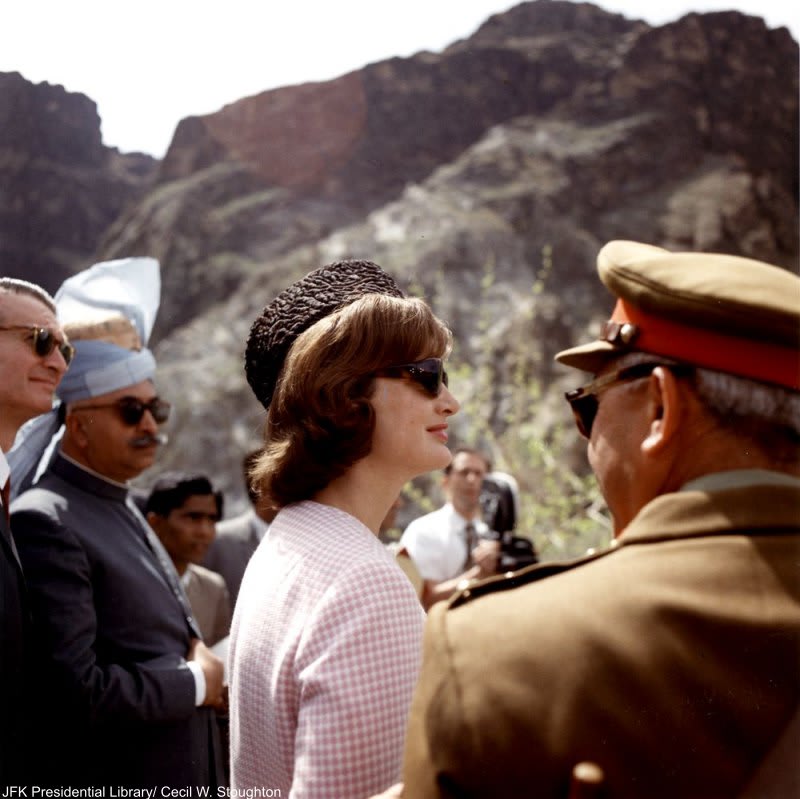 "Jailhouse Rock" As Only Elvis Could Sing It: Click “Next Page” below!