23 Years Before the First Lady Levi’s Jeans, The First Pants for Women Were Called Trouser Skirts

While many of us remember a time when girls simply did not wear pants (especially to school), these days it’s the most normal thing in the world to young people. The first pants designed for women caused quite an upheaval for many reasons. Not only was it considered unfeminine, but the first ladies trousers were undeniably influenced by the exotic designs of the Middle East. While some of the designs were closer to a skirt, many were more of the harem style of pants. 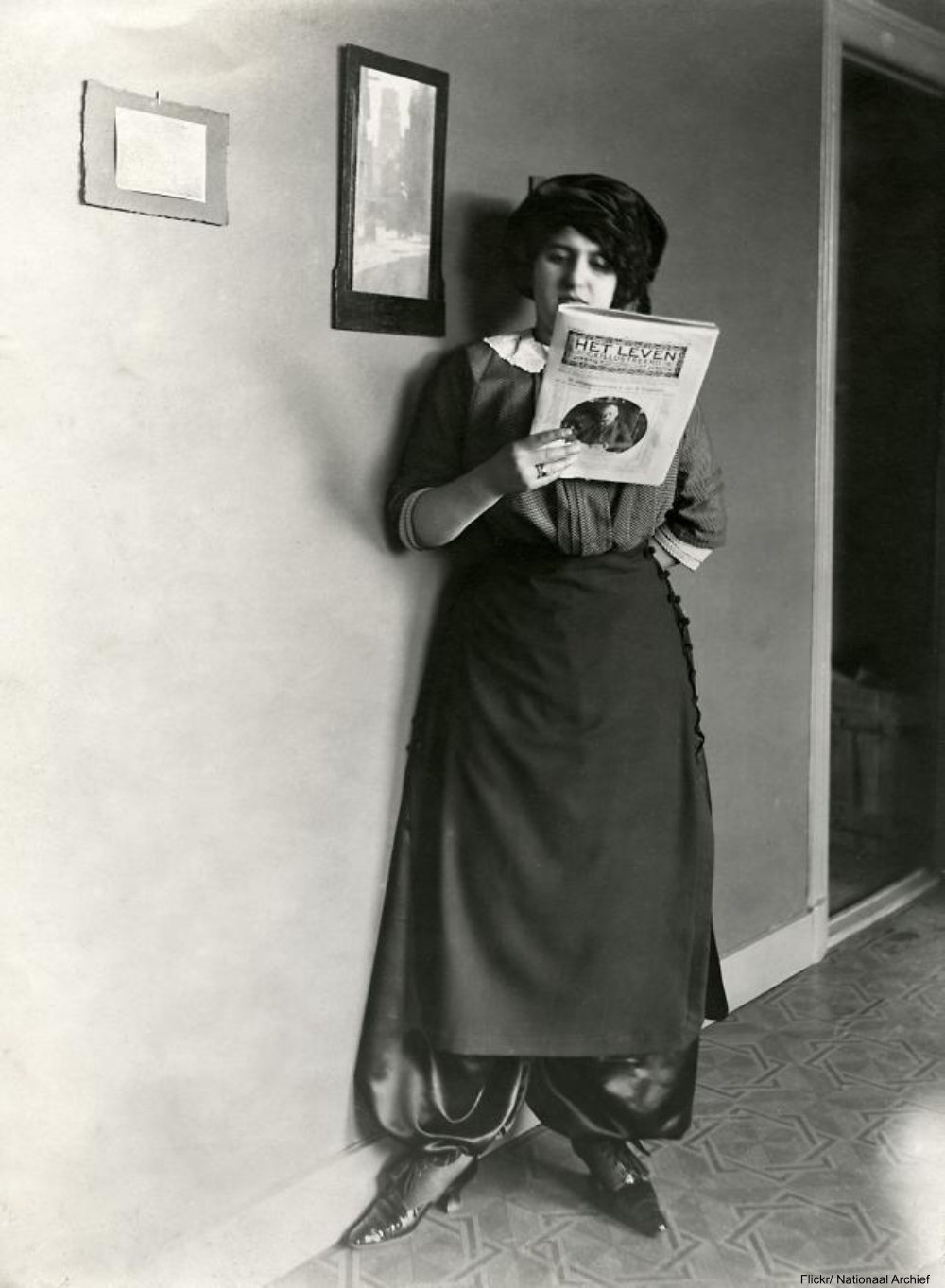 Paul Poiret, a French couturier, was once regarded as the top of his field, designing the most elegant clothing for women of high standing. In 1911 he came out with harem style pants which scandalized people the world over. Some say it was the wife of one of his contractors who actually came up with the idea for the flowing pants. 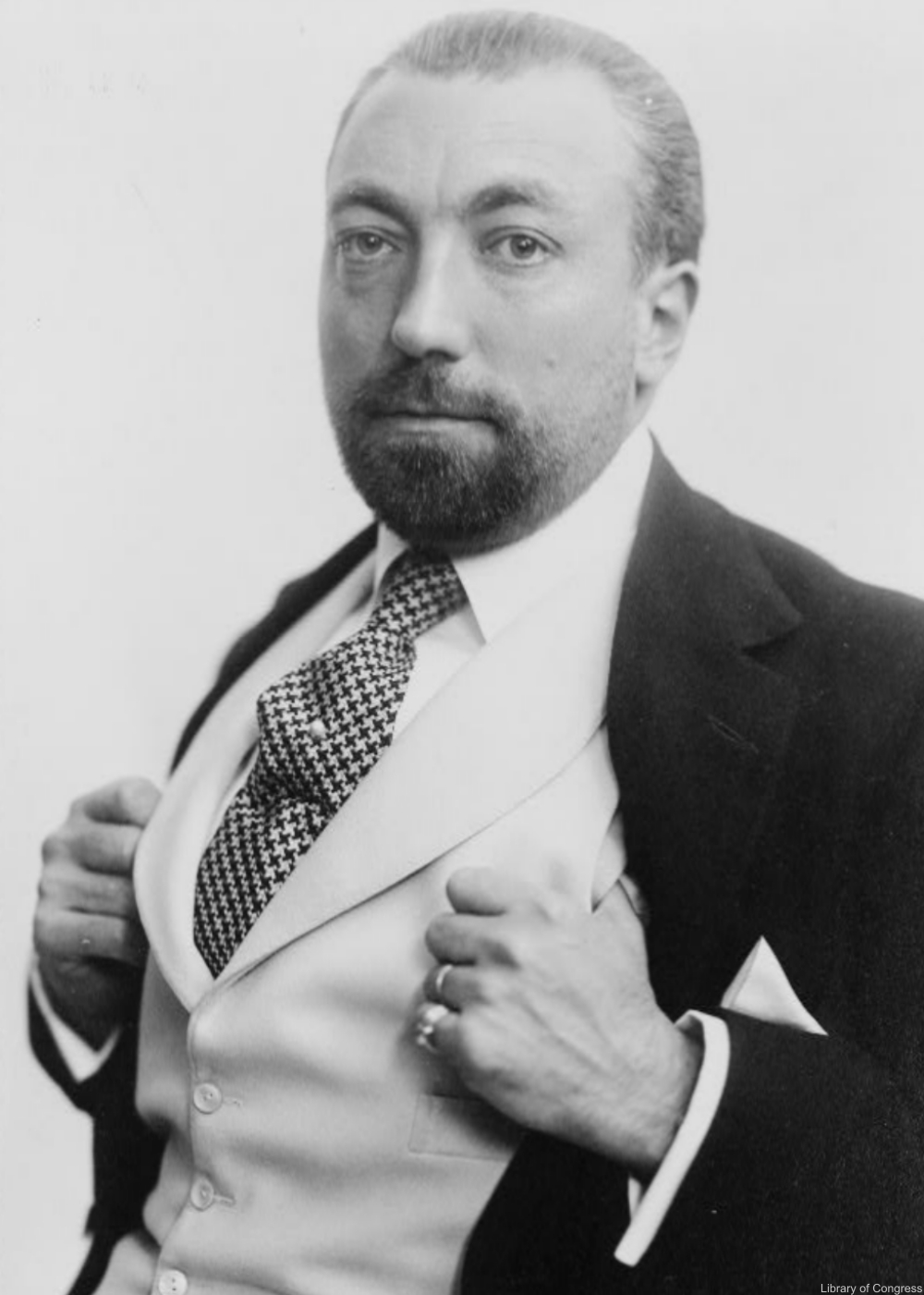 Paul Poiret in 1913. Via/ Library of Congress

Despite the fact that they look strikingly similar to the skirts of the time, Poiret’s pants were regarded as a complete upset of the fashion trends of that era. Influenced (as all of the Europe was) by the fantastical costumes of the Ballets Russes production of Schéhérazade in Paris in 1910, Poiret incorporated these ideas into his own work. The costumes provided an exotic take on all things Middle Eastern. Leon Bakst created such mesmerizing costumes for the show that his designs could still be considered ahead of their time in some regards. 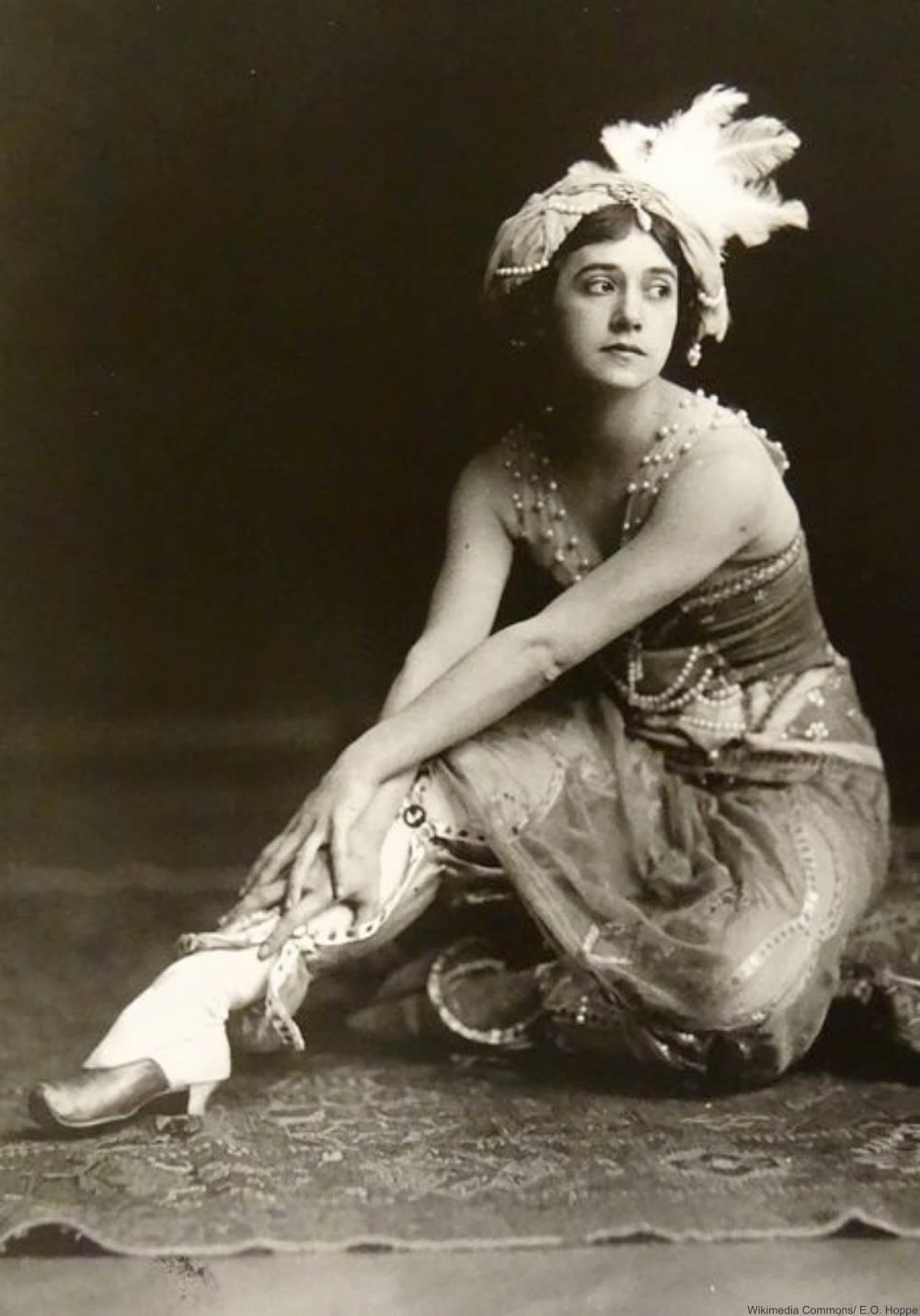 One of Bakst’s designs for Schéhérazade in 1911. Via/ Wiki Commons

The first pants for women were dubbed “trouser skirts” or jupe-coulottes and were often worn with a skirt over the top, almost as long pantaloons, while other styles were wide-legged like a skirt. To the modern eye, they appear functionally very much like skirts, especially when paired with the corset and lace blouse. But back then they were truly outrageous pieces of statement clothing. 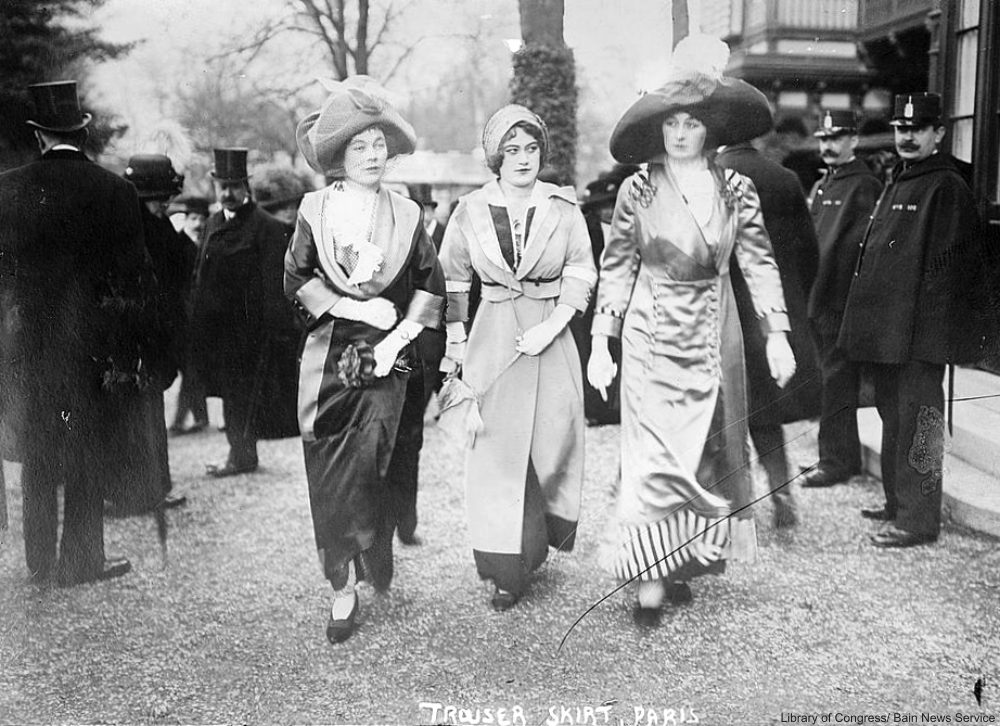 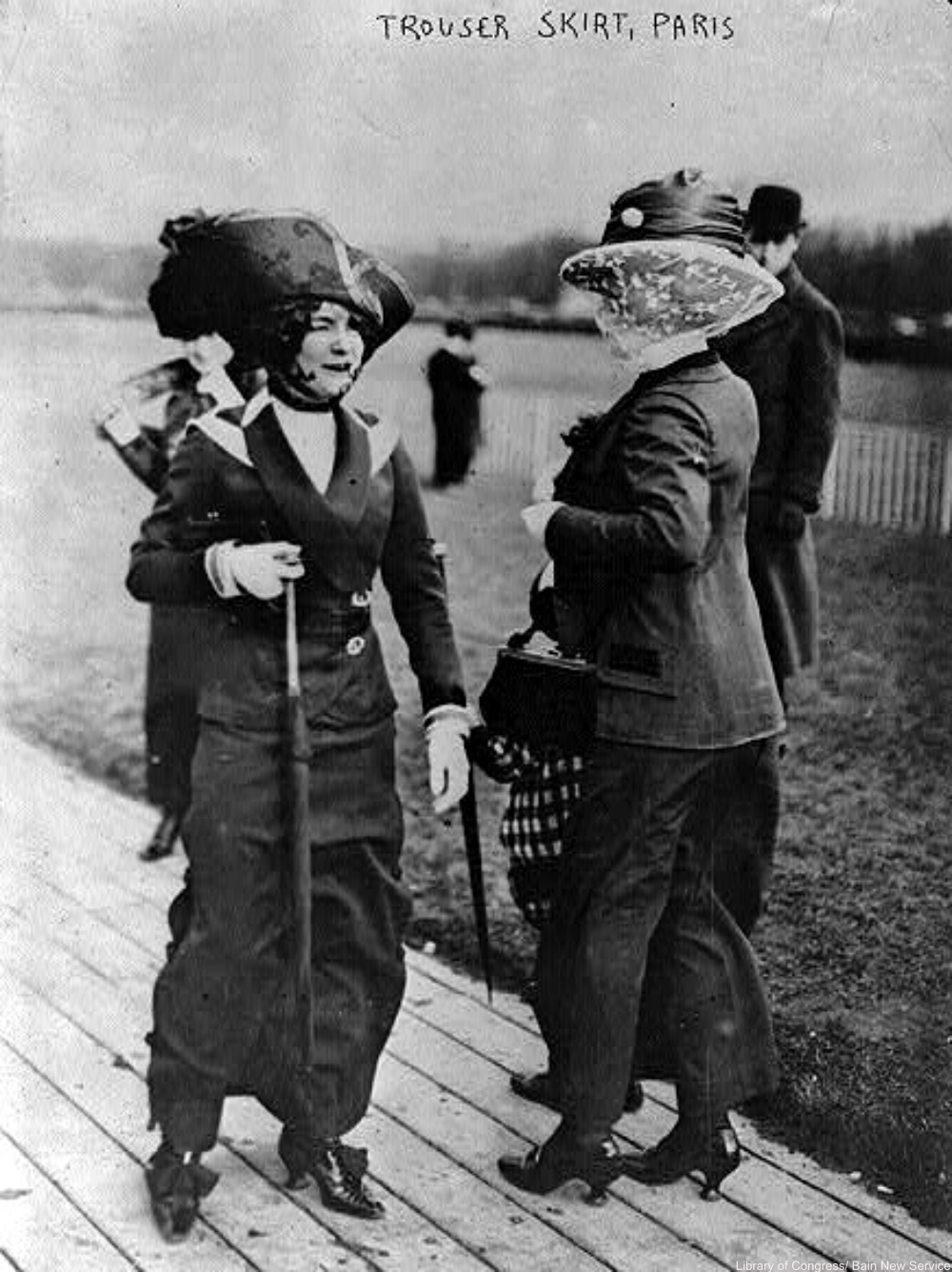 Poiret’s designs paved the way for women’s pants in later years, beginning the process of change that would be furthered by World War I and by the less-restrictive designs of Coco Chanel. It took a bit of time for these new ideas to make it from the exclusive society ladies who purchased couture clothing into the lives of average women (it wasn’t until 1934 that Levi’s came out with the first jeans for women). But, without these first forays into experimentation, the world of fashion would not be what it is today. 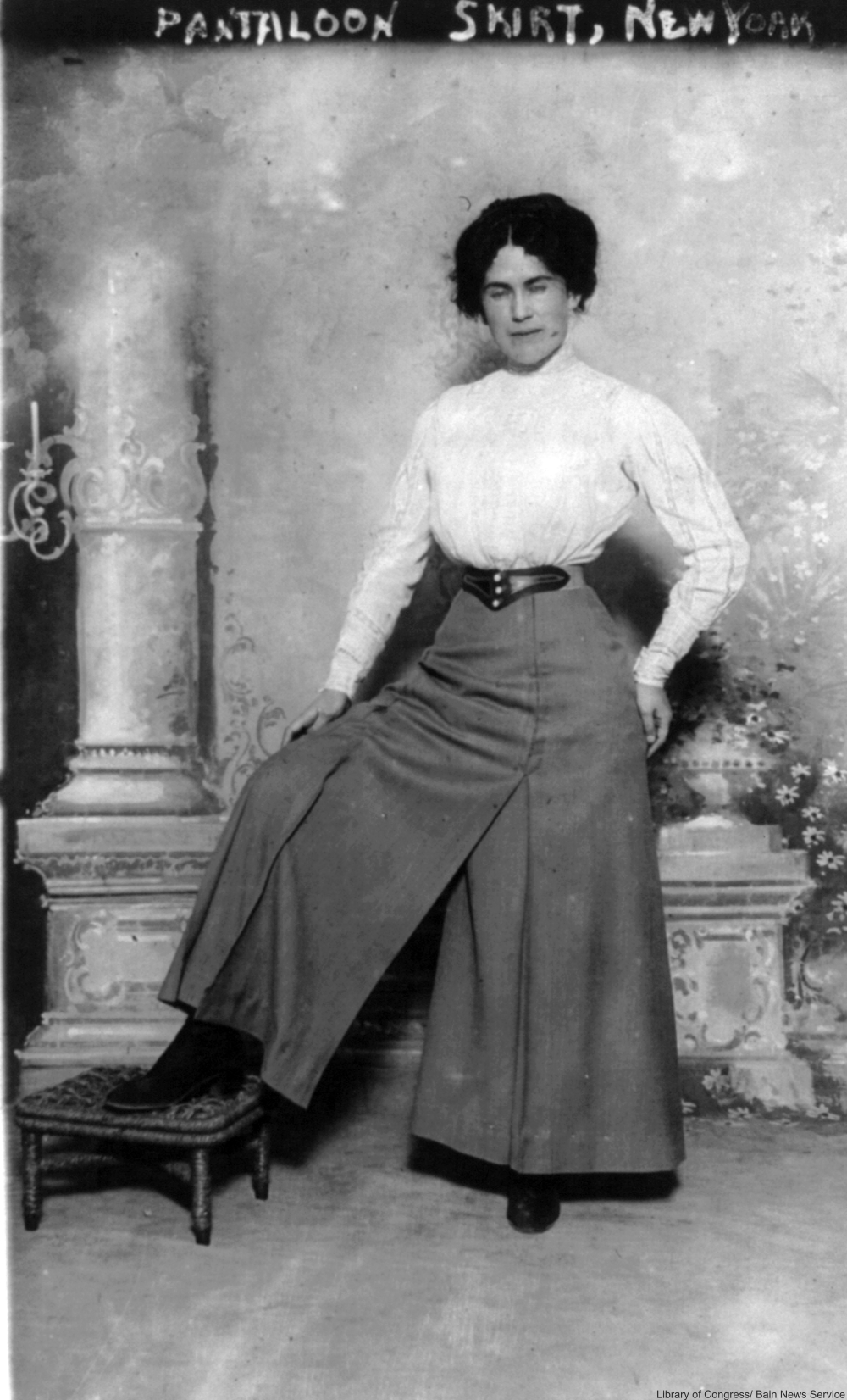 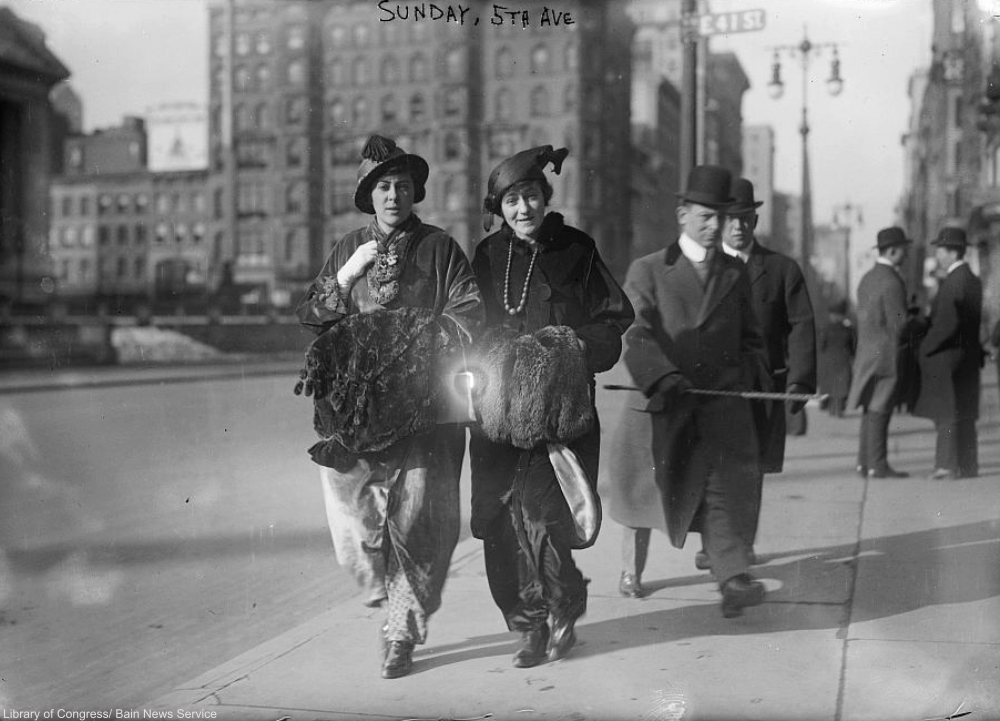 Today, these designs look utterly ladylike, but they were considered very unfeminine at the time. We’ve come a long way in fashion, but it’s hard to look at these designs and not find them romantic in a way!

If you liked this then you can see a Poiret cape being restored right here.

An ailing Poiret cape from 1917 gets completely restored: Click “Next Page” below!