Ever wonder which foods were most common during the Great Depression? We’ve gathered some recipes for you that show just how groceries were economized during a very rough economic and agricultural period in history. The recipes below sound so delicious and show us that Depression-Era meals could be quite tasty.

These dishes were usually light on fat or protein and heavy on carbohydrates or dairy. Surprisingly, these recipes show us that sweets were not out of the question, but rather were made using a sly combination of ingredients that minimized cost and utilized ingredients that were in greater supply. 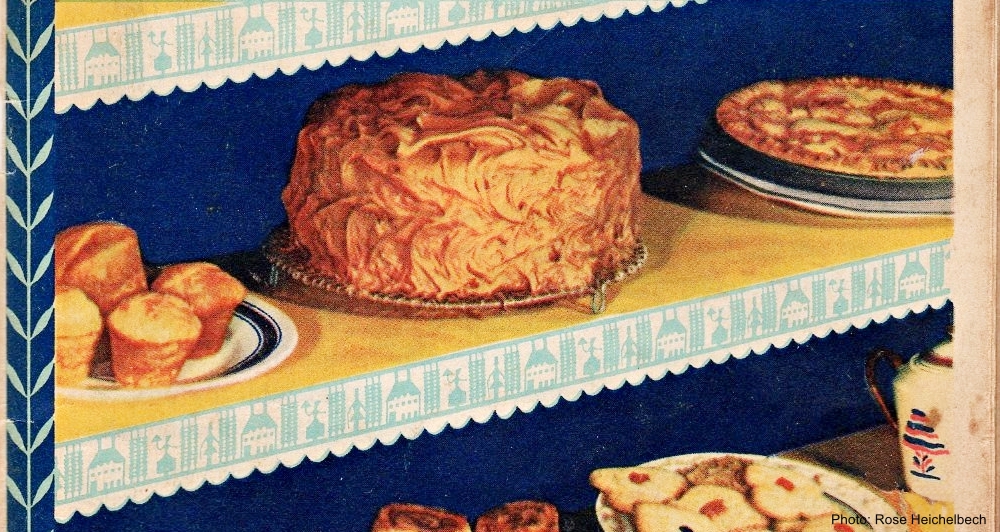 Sometimes vegetables or dairy were used in place of meat as in this recipe for Cream Peas on Toast adapted from Downton Abbey Cooks.

Melt the butter in a saucepan. Stir in the flour to make a roux, stirring constantly, until the paste cooks and bubbles, about 2 minutes. Make sure it doesn’t burn. Add the hot milk, stirring as the sauce thickens. Bring to a boil. Add salt and pepper to taste, lower the heat, and cook, stirring for 2–3 minutes. Add peas and cover. Cook for 5-10 minutes. Serve on top of toasted bread. 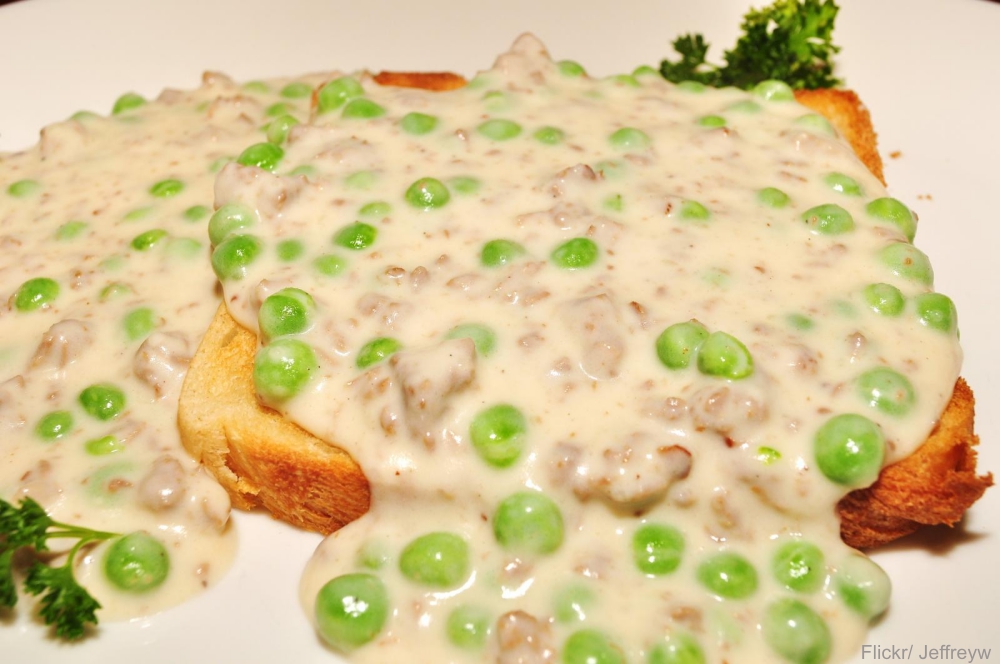 Recipes for cakes and sweets that did not use expensive ingredients were also very. This Economy Sponge Cake recipe calls for no fats or dairy of any kind. There are many recipes for Depression Cake out there which call for no eggs as well! 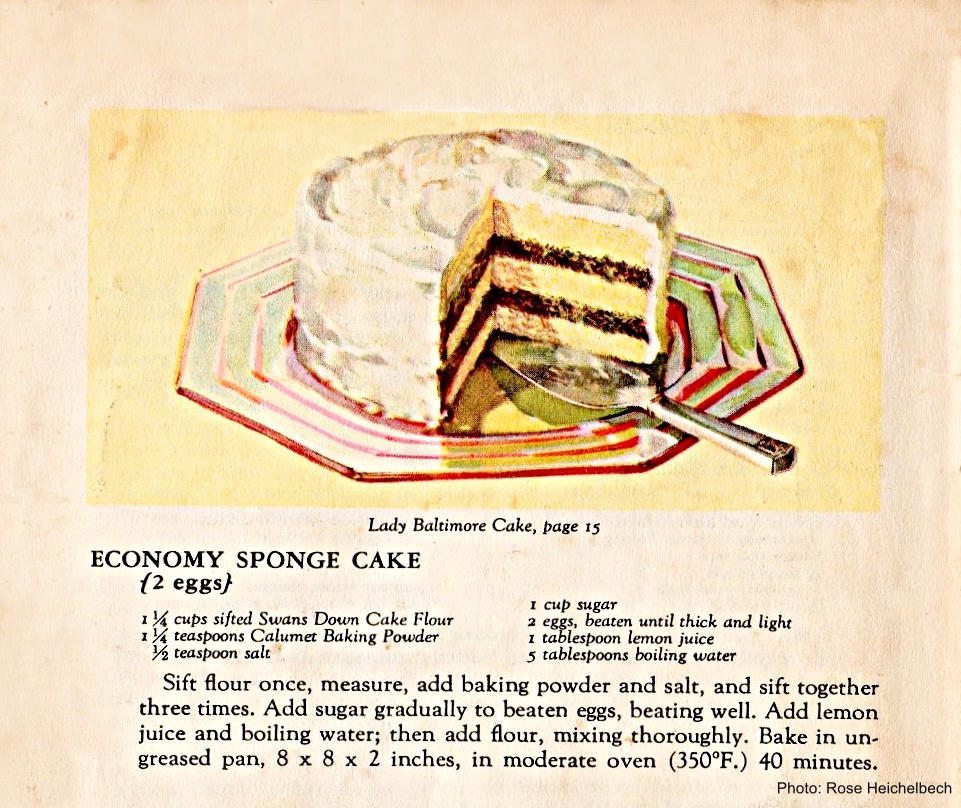 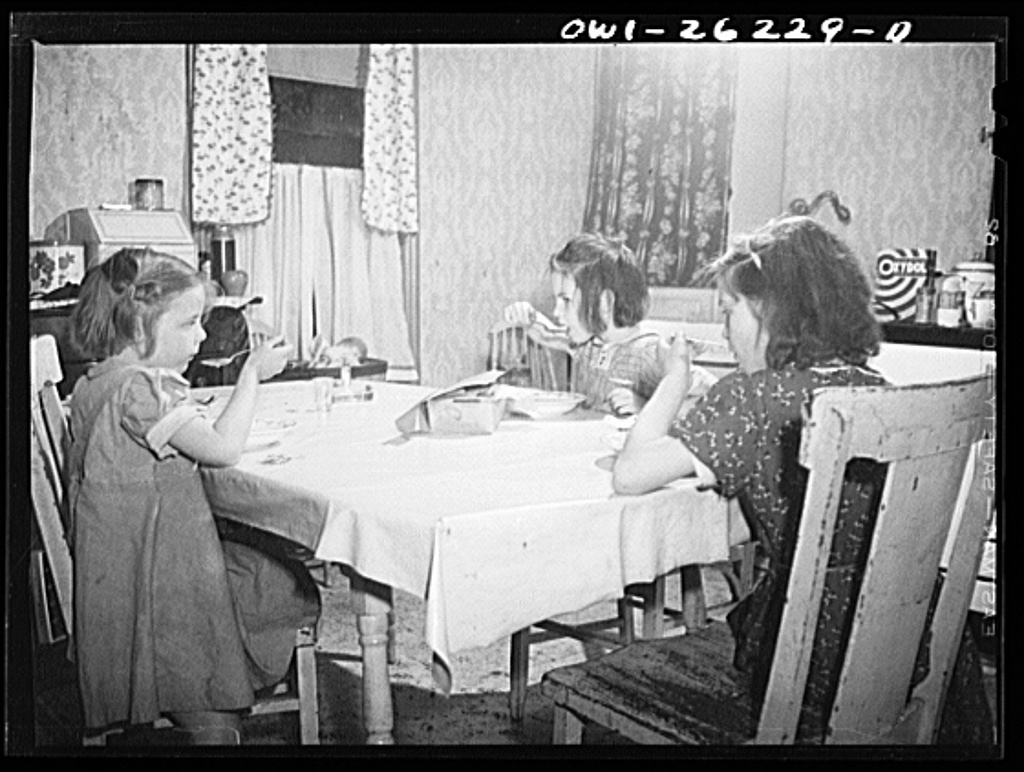 Another recipe that is simple yet seems like it would be very comforting is this potato soup adapted from Marmee’s Pantry.

Once the potatoes are cut into cubes, combine main ingredients and simmer for 30 minutes. Season to taste with salt and pepper. 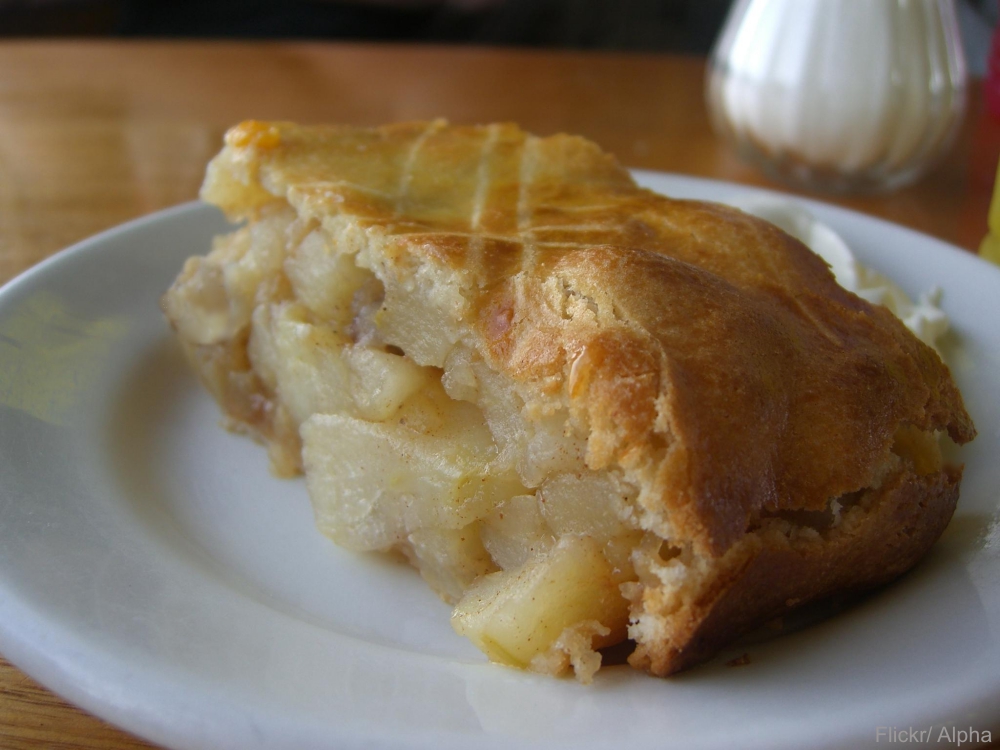 This deep dish apple pie recipe is from a 1930s baking recipe booklet. The crust has no bottom and there is no butter in the crust mixture. The only butter is the 1 teaspoon that gets dotted on top.

These recipes show a taste for variety in the midst of deprivation. We think they’re worth trying in the kitchen, if only for history’s sake!

Watch this video to see a Depression breakfast being made.