For 50 years, Donna Dorris and her family kept a secret. Back in June of 1966, her father told her to watch the local news one night. When Dorris asked why, her father told her he had been the first person to accomplish a daredevil flight banned by the Federal Aviation Administration.

Dorris, now age 75, claims her father, Earl Bolin, said he flew his plane through the legs of the Gateway Arch in St. Louis. Workers completed the monument in October 1965, so the structure was relatively new at the time. Dorris says her father was a bit of a daredevil, but also a pilot who knew what he was doing despite the danger. Bolin flew planes as a hobby, a love he picked up from his brother, Howard. Bolin knew what he did was illegal, so he told his daughter not to say anything because he could face legal consequences. 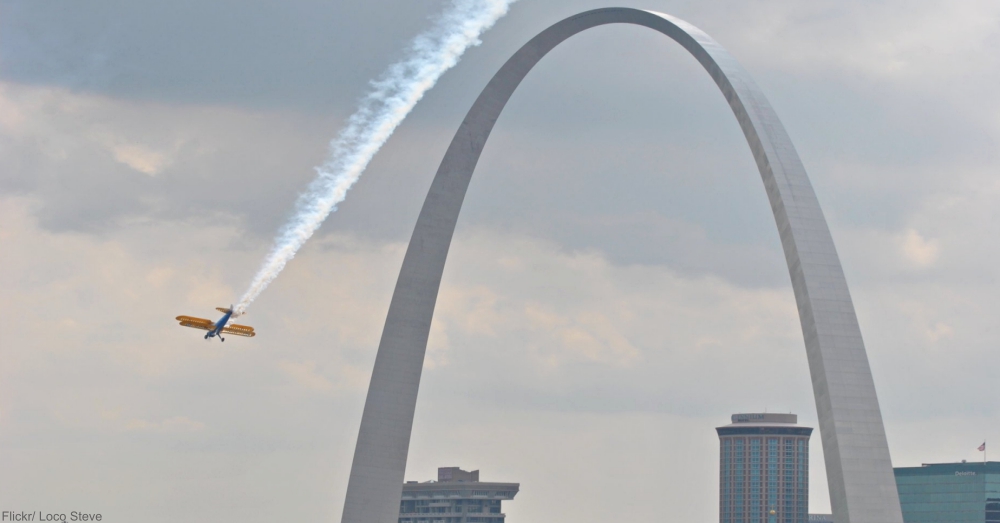 On the afternoon of June 22, 1966, witnesses saw a propeller-driven, fixed-wing plane fly low over the Old Courthouse and to the east through the legs of the Gateway Arch. Workers inside the monument said they felt the arch shake when the plane flew through it. A tourist tried to snap a picture of the event, but couldn’t get the camera ready fast enough. Bolin said he hurried to land the plane in Granite City, Illinois, to try to avoid detection. Bolin and his family lived in Madison, Illinois, an area just north of downtown St. Louis on the Illinois side of the Mississippi River, where he worked for the Nickel Plate railroad.

Read this story about another unsolved mystery that the FBI decided to finally close after 45 years.