This shimmery, iridescent glass has mesmerized antique collectors for decades, and we’ve got the info on why it has been so popular. Curious how to identify it, or even why it’s called carnival glass? Read below for the details on this longtime collectible favorite! 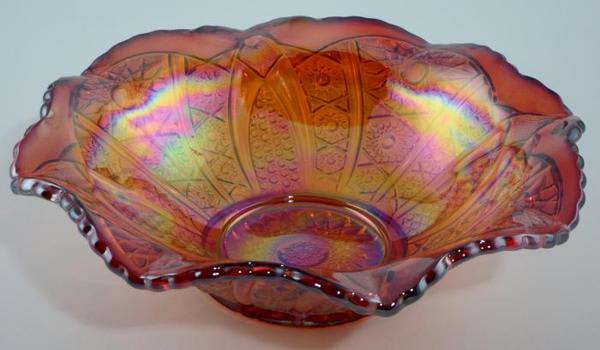 How old is it? According to Kovels, carnival glass dates back to 1907 and was produced until about 1925. Collectors Weekly adds that while Fenton was the first to produce it, other glass companies joined in and created their own iridescent glass. Eventually other types of glass like depression glass took over on the scene, which is why companies stopped producing carnival glass.

Why did it become popular? A lot of high-end brands like Tiffany & Co. and Loetz produced expensive iridescent glass back in the day, so glass companies tried to replicate the expensive look of those pieces without the hefty price tag. As About explains, manufacturers would combine chemicals and apply them to glass before it was fired to create that metallic sheen.

The cheap manufacturing process led to lower prices, as consumers didn’t want to pay a lot of money for something of that quality. Hence, it’s name of “carnival glass” because it was sometimes given away at carnivals as prizes. But, the affordable prices made it popular with people who wanted to decorate their home with this inexpensive glass. 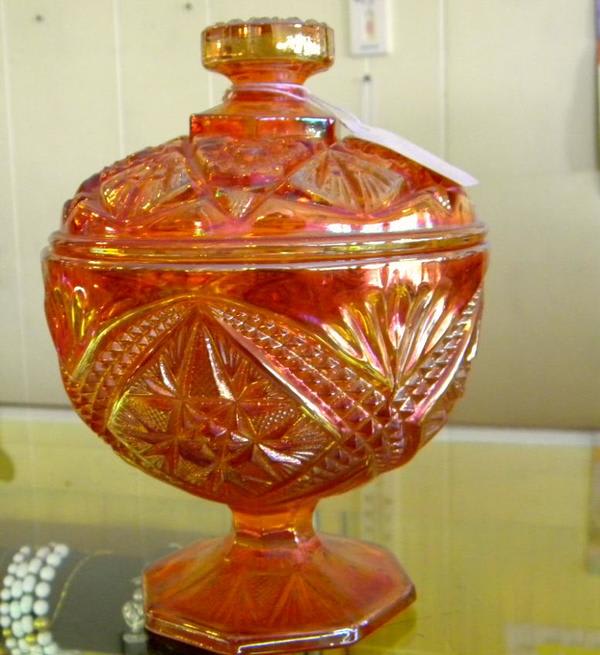 Is it tough to find? Some pieces are more rare and more sought after than others, but it’s generally not tough to find in its heyday, huge amounts of carnival glass were produced.

More modern carnival glass that was made in the later part of the 20th century isn’t very valuable, as most collectors want the authentic early 20th century carnival glass for their own collections. The Field Guide to Carnival Glass explains how Fenton started producing carnival glass again in 1970 until the mid-2000s, while Imperial produced carnival glass from the early 1960s to the mid 1980s. Watch out for these more recent pieces when looking for carnival glass.

How much does it cost? Prices are generally in the low to mid hundreds, though much of it is based on the pattern and piece. Some patterns like the Poppy Show design go for thousands, so the range is definitely wide in terms of price. Collectors Weekly says that carnival glass was often hand-finished by artisans, and those pieces tend to be more valuable than others. 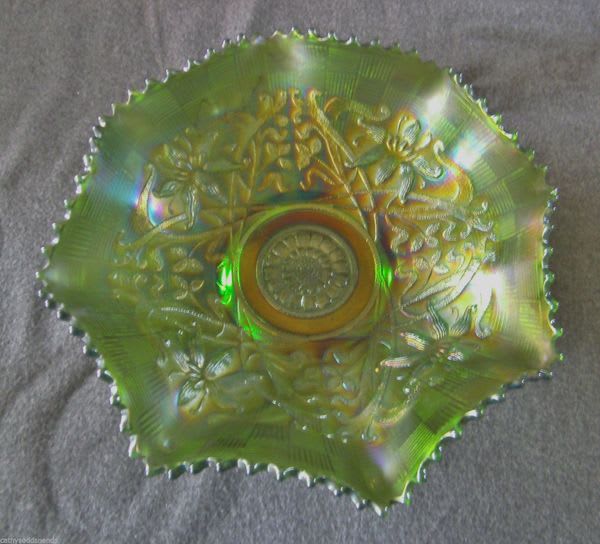 Though it might have been considered “cheap” in its day, carnival glass is definitely valuable today.