They Found An Old Whisky Bottle Buried Under City Hall With A Note Inside!

In the small town of Lebanon, New Hampshire, construction workers renovating the steps of City Hall found an old whisky bottle. There was no whisky in the bottle, but instead, some old newspapers, a coin, and a scroll! It was at that point that city officials realized that this wasn’t an old piece of litter but in fact a time capsule! 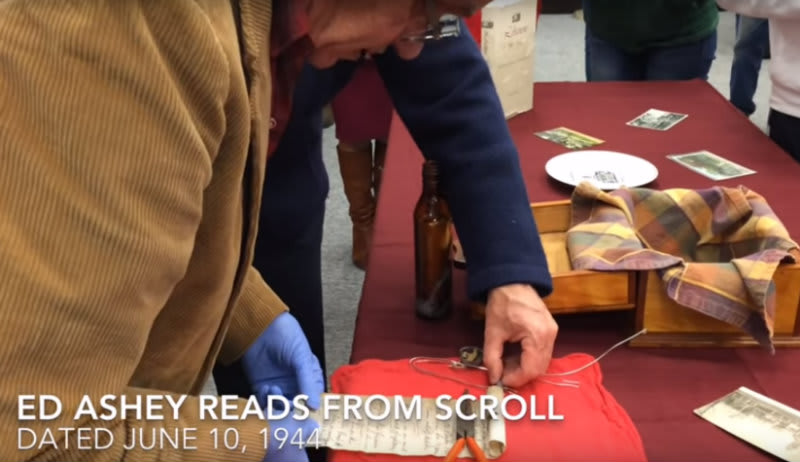 The city held a public gathering where City Historian Ed Ashey was able to remove the scroll, along with the coin (which happened to be a rusted penny dating back to 1941. The scroll contained a message written by the person responsible for the time capsule, former city surveyor Samuel Stevens.

Dating back to 1944, the message on the scroll said: “Whoever finds this bottle may keep it. Sorry there is no liquor in it, but I drank it all up.” Stevens also states that this is not the only bottle he had hidden around town, and that they could find the next one under the Catholic church!

According to Ashey, Stevens was a well-beloved member of the community. Whether this time capsule was the punchline to a joke he set up more than 70 years ago, or the start of a scavenger hunt, there’s no denying that it’s a great part of the town’s history!