While jewelry and other accessories made from non-precious materials havebeen around since the ancient times, the term “costume jewelry” dates back to the 1920s. Before the 20th century, jewelry was exclusively used as a way for the wealthy to convey their standing, or to symbolize a romance. Thanks to industrialization and a booming cocktail culture (think flappers and The Great Gatsby), the perception of jewelry and how it was used drastically changed. As fashion designers began to play with new materials and designs using non-precious materials, the pieces became bigger and bolder, and more widely-available. Instead of being treated as a precious family heirloom or keepsake, this jewelry was inexpensive and could be replaced based on the current trends.

Some of the major designers of costume jewelry include Coco Chanel,Elsa Schiaparelli, Eisenberg and Trifari. Many pieces were made from Bakelite, a plastic resin that could be shaped into beads and bangles, and produced in bright, fun colors with names like Butterscotch, Apple Juice and Salmon.

Check out the following user-submitted pieces and let us know, do you collect costume jewelry? If so, we’d love to see your pieces! 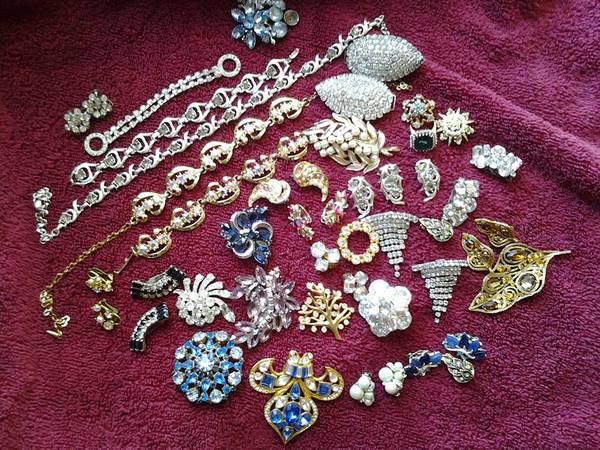 from: Carol Musselman: “Rhinestones and more rhinestones. Break out Grandmas costume jewelry ladies. No such thing as too many rhinestones.” 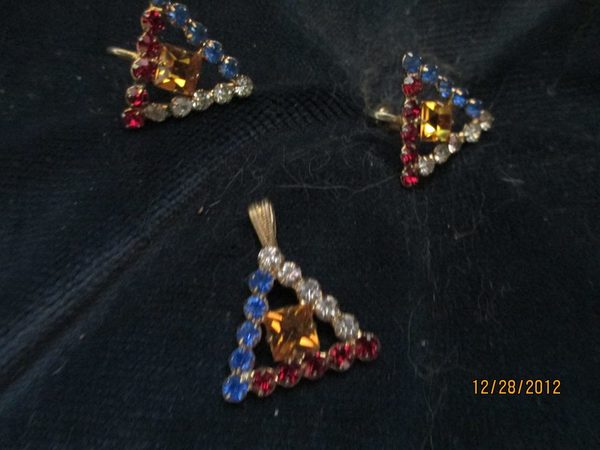 from: Phyllis Bragg: “does anyone have an idea about this costume jewelry . i bought at an sale many years ago. ear-bobs and charm . is it of a sorority of some sort. would love to know more about .” 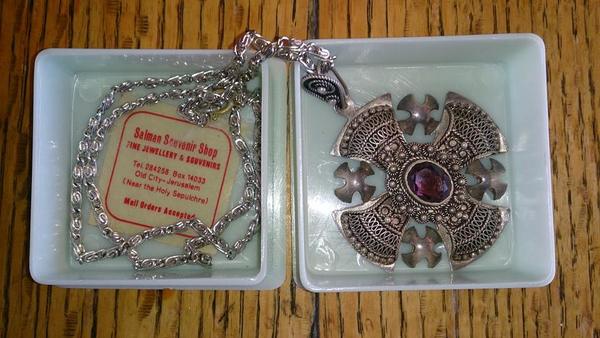 from: Carol Musselman: “I was inspired by Judy Biles to get out some of my costume jewelry. This one really does not fit in that category but, this is Aunt Elta’s Jerusalem Cross. It is big, 2in across with a huge amethyst. It is marked “Jerusalem Silver 950″ in it’s original celluloid box. One of my cherished possesions.” 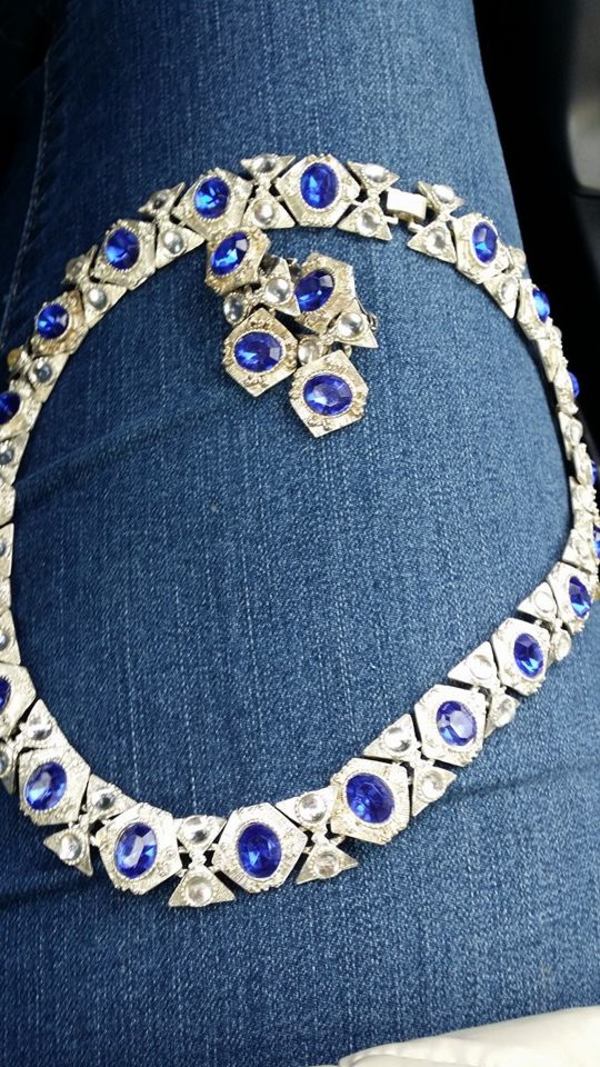 from: Jocelyn Elizabeth Olcott-Dennerlein: “Could someone date this costume jewelry for me?” 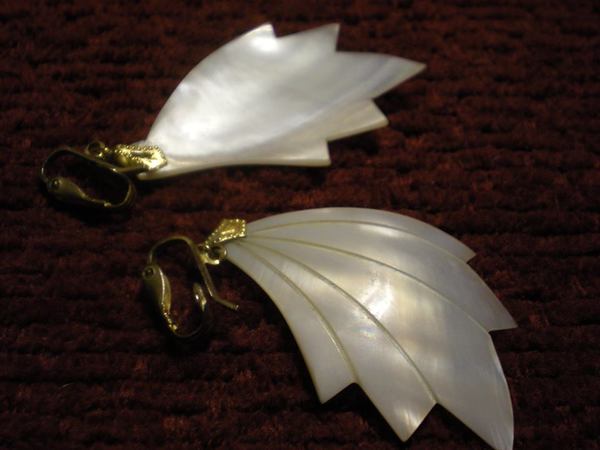 from: Bonnie Modico McElhiney: “I found this pair of earring’s at an estate sale with other vintage costume jewelry, I think they are made of some kind of shell’s, need to sell them but don’t know for how much, thank’s for any help” 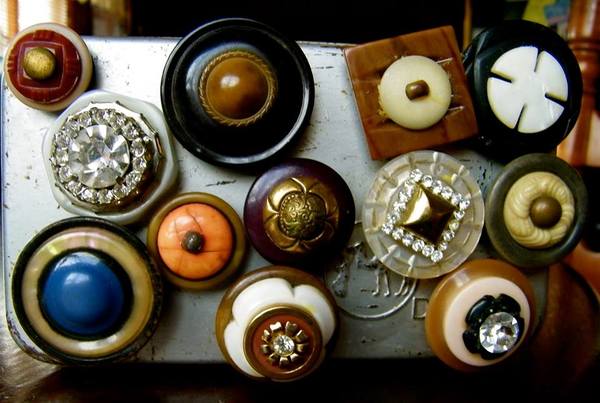 from: Rochelle Jarvis-Cloutier: “Magnets I made using old buttons and pieces of vintage costume jewelry.” 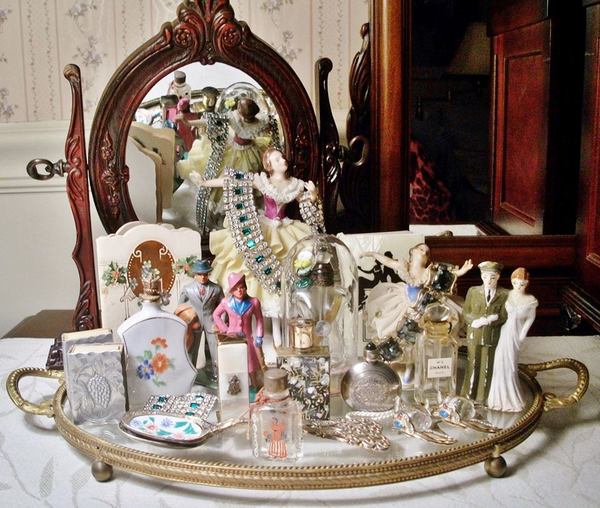 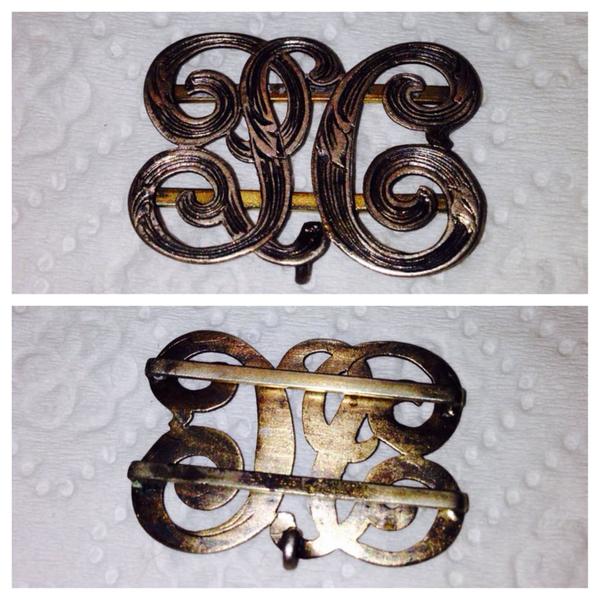 from: Phyllis Jones Helm: “I found this in a box of my mother’s costume jewelry. It is sterling silver, I believe. The initials, PC, are my grandfather’s. It has bars across the back and a small loop at the bottom. If it were a belt buckle, the letters would display sideways. And if it were a pendant, the letters would be upside down. Does anyone have an opinion as to what it might be?” 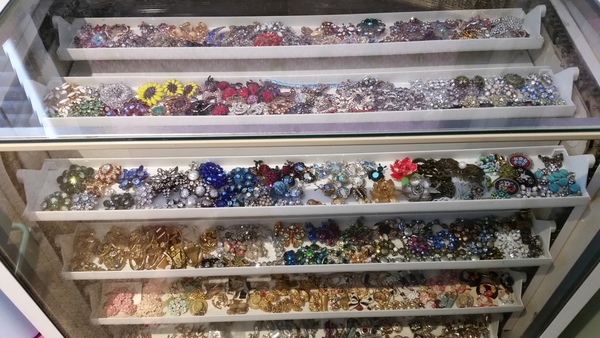 from: Candida Komes Leach: “Just one of my many displays for my vintage costume jewelry” 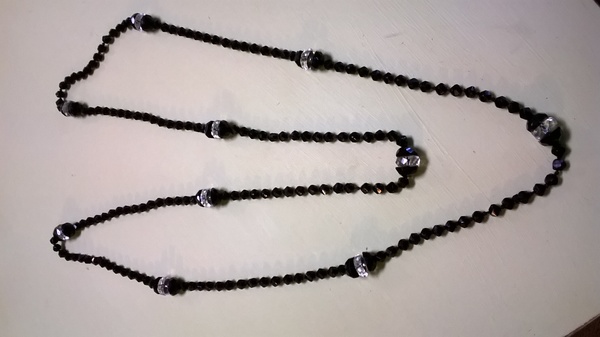 from: Bobbie Hodges: “Onyx 54″ long continuous necklace. It scratched glass so I know the small beads are true Onyx. Anyone know era they could have come from? Flapper of the 20’s and 30’s, earlier or later? With the pearl knots between each bead I believe it to be at least high end costume jewelry. Any guesses?”